Derry Girls has come to an end. It has been quite a ride with the Irish girls and the Wee English Fella. This season sees them go out with six episodes and an hour-long special.

The Derry Girls continue with their usual array of misadventures: breaking into their school to get their GCSE results, spending a night at a creepy house in Donegal, and trying to get tickets for Fat Boy Slim’s gig at Derry’s Halloween Festival. All this goes along as the Peace Process makes massive strides.

The entire show of Derry Girls has been a surprise hit. It was a small sitcom from Northern Ireland that gained a fanbase around the world thanks to Netflix. The impact has been so great that The Simpsons paid tribute to the show in the episode “You Won’t Believe What This Episode Is About – Act Three Will Shock You!” and a mural of the characters has been painted in Derry city center. As such, the final season was able to get some massive guest stars. 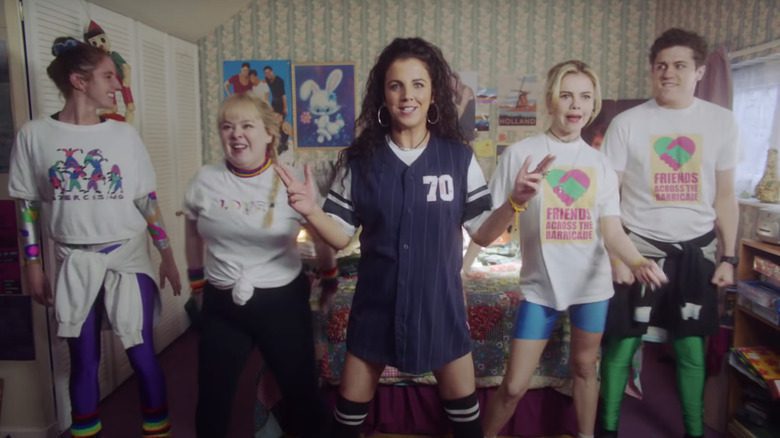 The third season was highly anticipated, and it was a fitting conclusion to the series. The hour-long special was funny and emotional. However, the road to this glorious end was bumpy at the beginning. The first and third episodes of Season Three were the weakest the series has had to offer. These episodes suffered from characterization issues. In “The Night Before” the gang acted surprisingly stupid because they unwillingly helped in an obvious burglary and in “Strangers on a Train” Orla’s ditzy actions went from charmingly cute to recklessly dangerous.

“The Affair” was the delicious filling sandwiched between dry bread. It was a much stronger episode because it saw the gang getting to perform as a popular girl band just as they suspected Erin’s mum may be having an affair with the sexy plumber. Jamie-Lee O’Donnell was hilarious as she acted as a mini-dictator and Saoirse-Monica Jackson got to flex her dramatic muscles because of Erin’s upset about her mother’s potential affair. 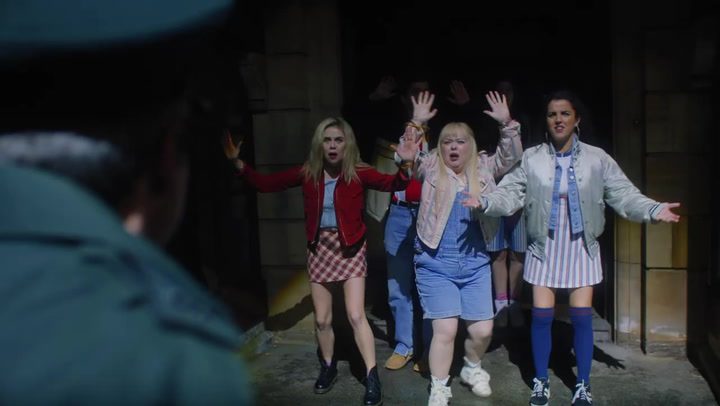 “Strangers on a Train” suffered from Nicola Coughlan’s scheduling issues with Bridgeton as well, because she separated from the rest of the cast. Clare had to hang around at Londonderry train station and had an awkward encounter with Sister Michael. Clare’s separation took away the major appeal of the show: the group’s dynamic with each other.

Season Three did improve as it progressed.  The episodes towards the end of the season ramped up the drama and emotion. “The Haunting” started this trend when two characters revealed their feelings for each other and the sixth episode, “Halloween” had the most somber end for a Derry Girls episode. 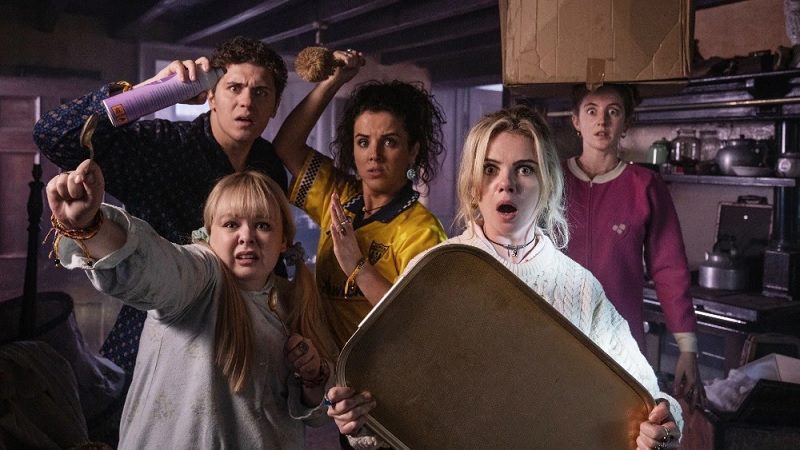 The moms had a spotlight episode with “The Reunion.” That episode showed the moms go to their school reunion and fear an old secret getting exposed. The casting team deserves a lot of praise for finding actors to play the younger versions of the mothers. The younger characters shared some of their daughters’ basic traits, like Orla’s ditziness and Michelle’s brash personality. However, the actors and McGee ensured the teenage version of the moms weren’t copies of their daughters. There were some differences, like Michelle’s mom was a teenage punk rocker.

Claire’s spotlight episode was “Halloween,” the penultimate episode of the series. That episode gave Claire the prospect of love. The wee lesbian finally gets a potential romantic partner, and it gave the gang more incentive to get tickets for the Fat Boy Slim gig. Yet Claire’s hope for happiness faces a massive hurdle at the end of that episode. 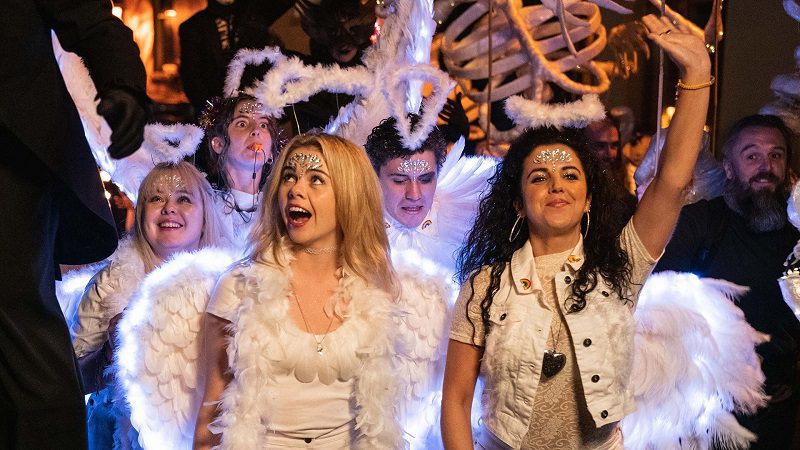 Erin, Michelle, and James’ dynamic was one of the main focuses of the season. It started small when Michelle and Erin were arguing during their dance rehearsals in “The Affair.” It grew in “The Haunting” and a new piece of information could affect their friendship.

The focus of the final episode was about Erin and Michelle having a falling out due to one of the potential actions of the Good Friday Agreement. This trio were friends, but they had an added complication due to Michelle and James being related, so had to stay loyal to each other, no matter how close they were to Erin. 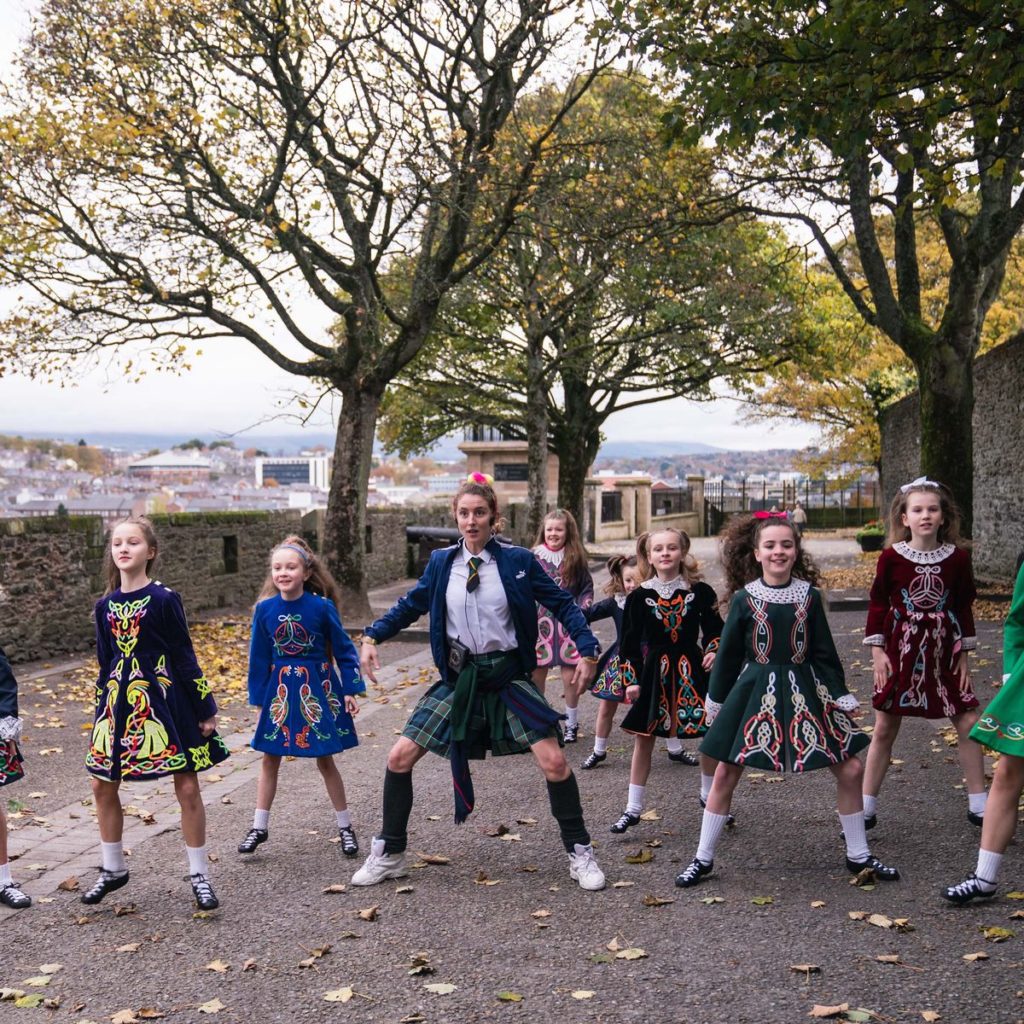 Derry Girls’ finale will be remembered as one of the best of its era. It centered on the Good Friday Agreement which was a fitting way to end the series. It completed the gang’s coming-of-age and Northern Ireland’s long and hard-fought struggle for peace. The final few minutes beautifully summed these themes up.

The third season of Derry Girls did have a rough start because “The Night Before” and “Strangers on a Train” were the weakest episodes the series has to offer. Fortunately, the season improved as it progressed, and the finale fired on all cylinders.

A great conclusion was able to overcome a shaky beginning.Review: DERRY GIRLS SEASON 3 is a Fitting End to a Great Irish Series