The latest adaptation of Death on the Nile doesn’t offer anything new to the whodunnit genre. It’s not very engaging early on and only gains momentum when the deed is done. Once the investigation is brought to a close, the tension that was building is stepped on by a flat ending that felt too quick. Death on the Nile isn’t bad, but I don’t think I’d revisit this movie over other whodunnits anytime soon.

Death on the Nile is a follow-up to Kenneth Branagh’sMurder on the Orient Express. Knives Out was a breath of fresh air for this genre and Death on the Nile is just a well-done but forgetful addition. Its jam-packed cast of stars isn’t that interesting in these roles, unfortunately. Everyone is doing their best for the most part, but the characters remain dull and bland. 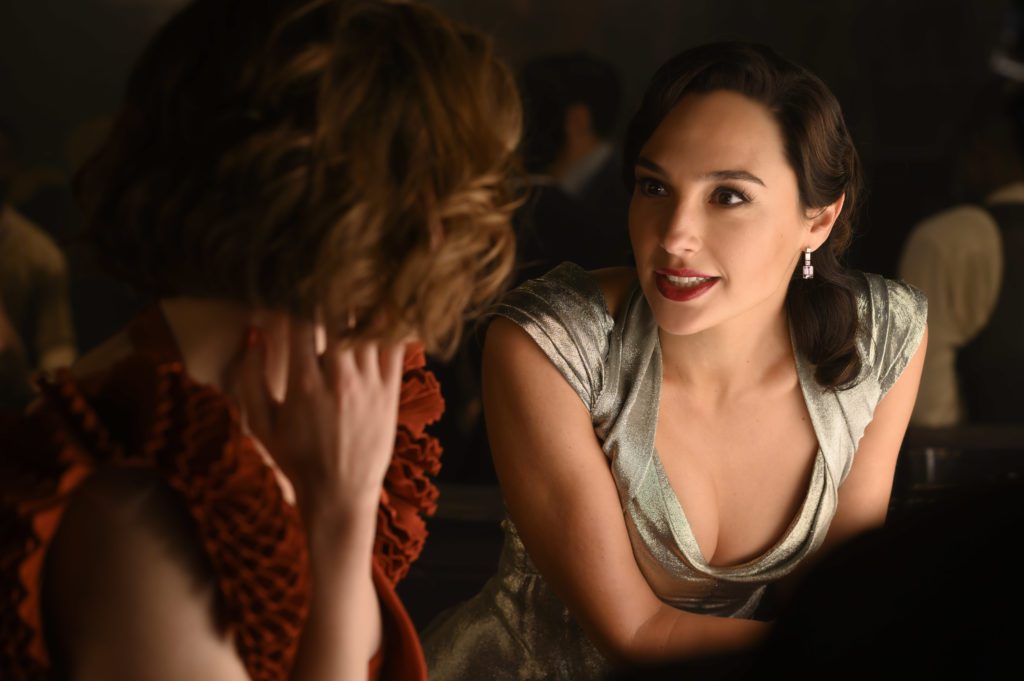 The film centers on Hercule Poirot (Branagh), as his vacation on a river streamer turns into a hunt for a killer after a honeymoon between two lovers is put on hold. Gal Gadot stars as Linnet Ridgeway-Doyle, one-half of the prestigious couple. Her spouse, Simon Doyle, is portrayed by Armie Hammer. The chemistry between the two is nonexistent and their acting here was questionable at times. Death on the Nile also stars Russell Brand, Tom Bateman, Annette Bening, Ali Fazal, Letitia Wright, Emma Mackey, and Sophie Okonedo.

Michael Green pens the script for Death on the Nile and it includes some of the blandest characters to watch caught in a murder investigation. The film does a great job at making everyone out to be a suspect, so that’s where it’s able to retain your attention for the most part. Linnet’s luxurious life is made out to be a threat to her family and other associates joining them on this adventure. Poirot is the only character that can be stomached at times since he is representing the audience.

Death on The Nile makes you question everyone’s potential motivations, so naturally, the film’s detective becomes the most relatable and interesting figure. Before the investigation, far too much time is spent getting to know these people. Character development is an important aspect of a story, but the absence of the murder investigation makes the first half difficult to endure. Linnet and Simon are boring characters, which makes spending time with them frustrating.

On a more positive note, there are some breathtaking shots featured throughout. The setting of Egypt holds your attention more than the one-note characters. Branaugh’s follow-up remains afloat mostly due to its visual appeal and the strong second act in between. Performance-wise, Mackey was the standout from this ensemble outside of Branaugh. She stars as Jacqueline de Bellefort, Simon’s former romantic interest.

Mackey impresses as this emotionally unstable woman and eats up every scene she is featured in. I’d say Jacqueline was the most interesting character out of the group of suspects. The aspect of not knowing if she’d go off the deep end only amplified interest in her. Gadot’s performance was acceptable, but her delivery isn’t always the best, which only puts another dent in the uninteresting nature of Linnet.

The film seemed to lack energy that could retain your attention for nearly two hours. Poirot truly is the most engaging character when Jacqueline isn’t present, and the rest feel like distractions. Branaugh captures your attention quite well in the second act, which is where the story is at its best. Pacing begins to get better, and Branaugh’s acting is so commanding in this role.

Death on the Nile is fine for what it had to offer but felt like it could have been a lot better. It felt stuck in a shift that wouldn’t let it be more than just a well-done film. It’s not shocking with its reveal, and that’s fine, but the aftermath is what kills the tension that had been built up prior. Death on the Nile is fun when it wants to be and features some strong technical aspects, but it’s never consistently good and often took itself too seriously.

Death on the Nile is fun when it wants to be and features some strong technical aspects, but it's never consistently good and often took itself too seriously.Review: DEATH ON THE NILE Coasts Through It's Murder Mystery