Review: Cooking Dinner with the Enemy in KILL WHITEY DONOVAN #2

Writer Sydney Duncan and artist Natalie Barahona return for a tense second issue of “Kill Whitey Donovan.” This new chapter never eases off the sense of foreboding with a mix of dreadful flashbacks and hostage scenarios. If this comic continues in such a fashion, this could be one of the most thrilling series in recent memory.

Hattie and Anna knew that executing their plan to kill ”Whitey” Donovan would be difficult, but they never anticipated their path to find him would be a literal inferno of war; hunted by the evil Tyson and his devil dogs, attacked by Confederate soldiers–with no allies yet to be found–can they possibly survive long enough to find the vengeance they so desperately seek? 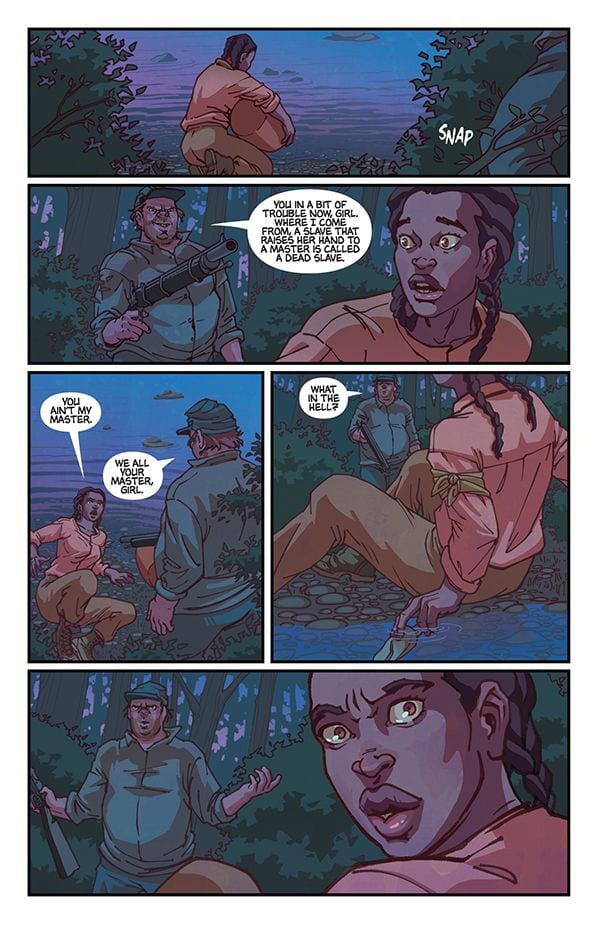 Sydney Duncan‘s pacing in this issue is similar to the last in that it’s a tight interweaving of introspective dialogue and suspenseful sequences. This issue primarily focuses on Hattie’s background, and it does so through nightmares and flashbacks. The terror and struggle of being a black woman in the deep south in this era is never lost in the plot. Hattie’s efforts to blend in and hide her intentions takes her to embarrassing – and sometimes darkly humorous – situations. Duncan knows how to let the art do the talking, as there are several passages of wordless panels highlighting tension. There actually isn’t much internal narration in this issue as compared to the last. However, there is one specific scene that has a bit of a “people don’t talk like that” feeling to it. Poetic metaphorical prose is a fantastic and beautiful tool in a writer’s box. This being said, it doesn’t always work based on context or character. Outside of this, “Kill Whitey Donovan” continues to be a thrill to read in terms of pacing and character building. 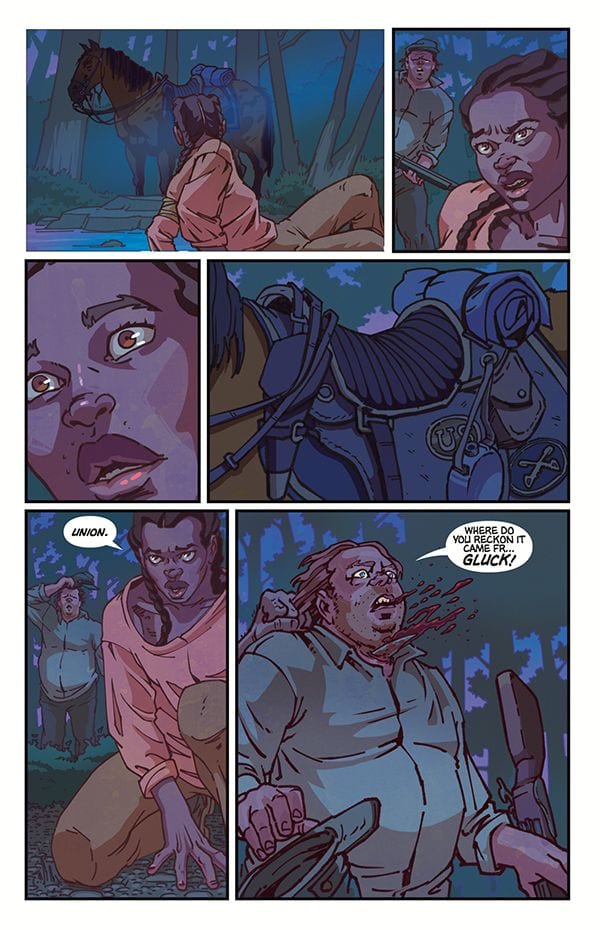 Natalie Barahona’s artwork only seems to get more impressive in this second issue. The foggy environmental art sticks around, wrapping the atmosphere in a sort of thriller tension. The reader can almost feel the humidity of the South through the panels. The other feature that sticks out even more in this chapter is the stellar character art. The plethora of tertiary characters is matched by Barahona’s fantastic facial detail. Mainstream comics can especially be obsessed with making each and every character look essentially perfect. It’s fantastic to see artists like Barahona focus on making human art that looks like, well, humans. The digital sheen may throw some more classically-minded readers off, but that’s their loss. This is truly fantastic work here. 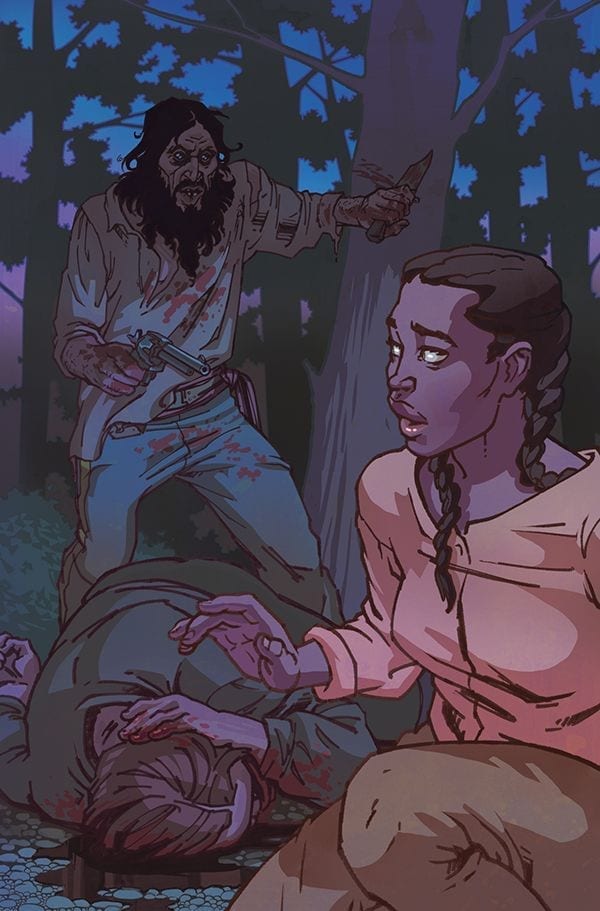 “Kill Whitey Donovan” #2 is an issue that capitalizes on the atmosphere put forth in the debut issue while ramping up the tension of its historical context. Duncan’s scripts are paced with stellar dialogue and quiet moments of terror. Barahona’s art is murky and atmospheric while also being beautiful and human. This is certainly turning out to be a must-read going into the new year.

Review: Cooking Dinner with the Enemy in KILL WHITEY DONOVAN #2A tense second issue that doubles down on the terror of living in the Civil War South as anything but a white man.