Batman and Superman try anything they can to get to the bottom of the plans of the Batman Who Laughs in Batman/Superman #3, out this week from DC Comics.

Joshua Williamson is the scribe for this journey through madness. David Marquez continues his beautiful work on this title. Alejandro Sanchez takes care of the colors for Marquez, and John J. Hill handles the lettering.

Marquez is crushing this title and giving us some of the best work of his career. The detail in each panel is astounding. He’s raising the bar for interior artwork from the major publishers and putting his all into it. He takes the time to draw dirt, dust, blood mist, and anything else that might be in the air. This is truly remarkable artwork and it sets a high standard for this title for the next artist that takes over. 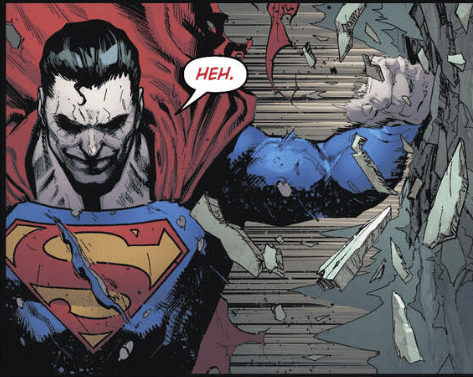 Sanchez’s colors are inspiring as well. He works flawlessly with Marquez and his colors are vibrant and vivid. The color palette brings a brutality to the page that fits the Batman Who Laughs and what he has in store for this world. Every source of light glows and illuminates the dust around it, while car headlights flare up the lens of our eyes. Batman/Superman has been gorgeous so far and #3 continues the trend.

Hill is providing some of the most impressive lettering I’ve seen recently. Most of what I’ve been reading has been dialogue heavy and without much action, but this is definitely not one of those. The non-stop action is bountiful which gives Hill so many opportunities to shine, and he is taking full advantage. There are action words on almost every single page in Batman/Superman #3. This title must be a delight for Hill to work on.

Batman/Superman #3 is a very busy issue. The action is non-stop and a ton is happening very rapidly. Williamson lays everything out in a way that doesn’t lose the reader or distract them from anything that’s going on. The narrative is linear and doesn’t jump all over the place like some writers just love to do. An interesting story doesn’t need to get fancy with the way the story is told. Films like Pulp Fiction have really influenced new stories, and it can be hit or miss, but it’s already hard enough to follow DC and Marvel continuity, so it’s a relief when a single issue doesn’t just add to the confusion. 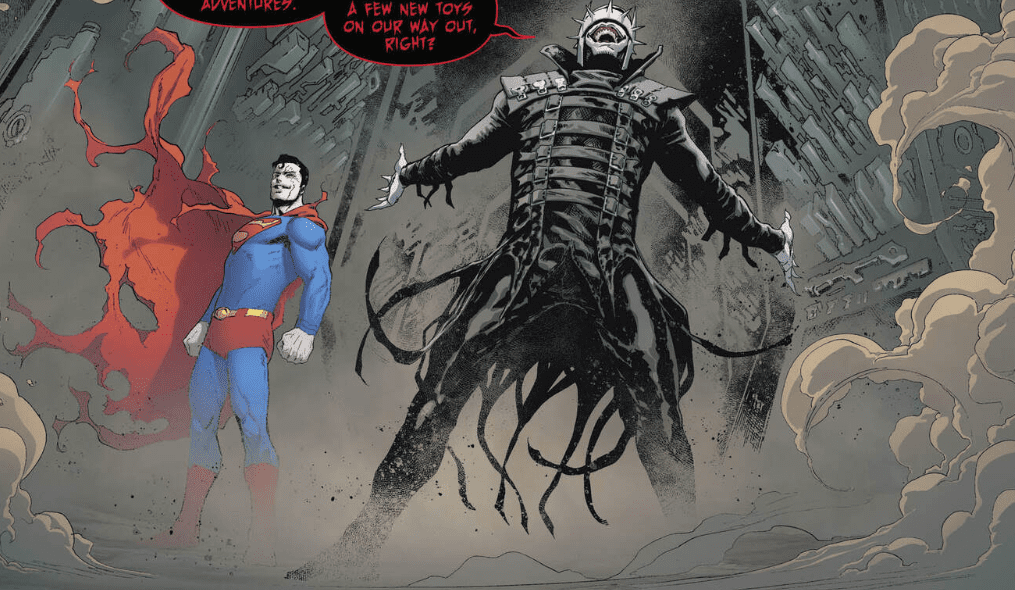 This chapter ends the same as just about every DC title this month and foreshadows a Year of the Villain story line with Lex Luthor. The Batman Who Laughs has gathered his Infected, while Lex is teaming up with as many villains as he can get to join him. Are these two teams filled with evil on a collision course? Maybe Batman and Superman should sit back and let things happen and just take on whoever comes out of that fight alive.

The Batman Who Laughs is scheming and everything seems to be going to plan, except for Lex. I can’t wait to see what is in store for this showdown of ultimate evil in the multiverse.

What did you think of Batman/Superman #3? What do you think the Batman Who Laughs is planning? Can even Apex Lex stop him? Let us know in the comments below.

Review: Batman/Superman #3 - Rise of the Scarab SupremeTwo speeding locomotives of evil are on a collision course. Who will survive?