Review: The City of Bane Begins in BATMAN #75

At long last, we reach the third act of a story that’s three years in the making with Batman #75. Kicking off the City of Bane arc, this book sets up for a climactic conflict.

Bane was first introduced in the 1993 special Batman: Vengeance of Bane. In the book, our narrator comments that “[Batman] became his obsession…and his purpose.” Bane could have the world, but he only has eyes for Gotham, because of what it represents. Now with Bruce Wayne liquidated, Bane’s hand is finally free to put his long-developing plan into action. With the help of Thomas Wayne, Psycho Pirate, and more, Bane plans to do the one thing Bruce could never do: bring peace to Gotham….whether it wants it or not.

It’s not clear how long Bruce Wayne’s been gone by the beginning of Batman #75. Regardless, it’s long enough for Bane to have fully taken control of Gotham. Villains control city government; they’ve supplanted the police; they enforce a brutal brand of justice with the backing of national figures. It’s dark times in Gotham…which is much of what this issue focuses on.

Tom King’s writing is well-paced. It’s largely expository, catching readers up on events as they’ve developed in the interval since our last issue. However, the exposition is meted out naturally through the story, making for a thoroughly engaging read. Some of the dialogue—Gotham Girl’s, in this case—does lean into that very King-esque trope of stumbling over words and awkward rambling punctuated by ellipses, which is unnecessary. It’s ultimately a minor complaint, though.

As mentioned in the review of our last issue, King’s work on Batman has tended toward abstraction and obfuscation. That’s not a bad thing, so long as it’s counterbalanced by concrete elements, which is what we have here. Batman #75 is sharp and focused from a narrative standpoint. Although there are no real surprises to be had, it’s still thoroughly engaging.

The storytelling feels purposeful, directly grounding the reader in the story. It ties up several plot threads, and pushes the story forward toward the climax. As such, it’s a strong start for the closing chapter in King’s monumental run on the series. 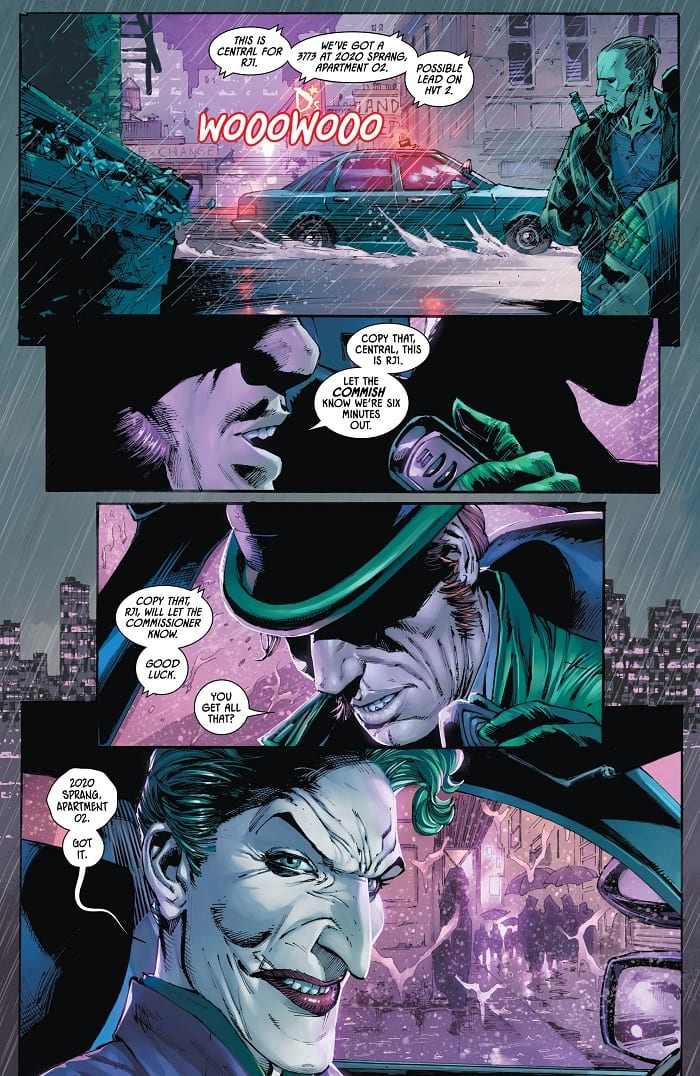 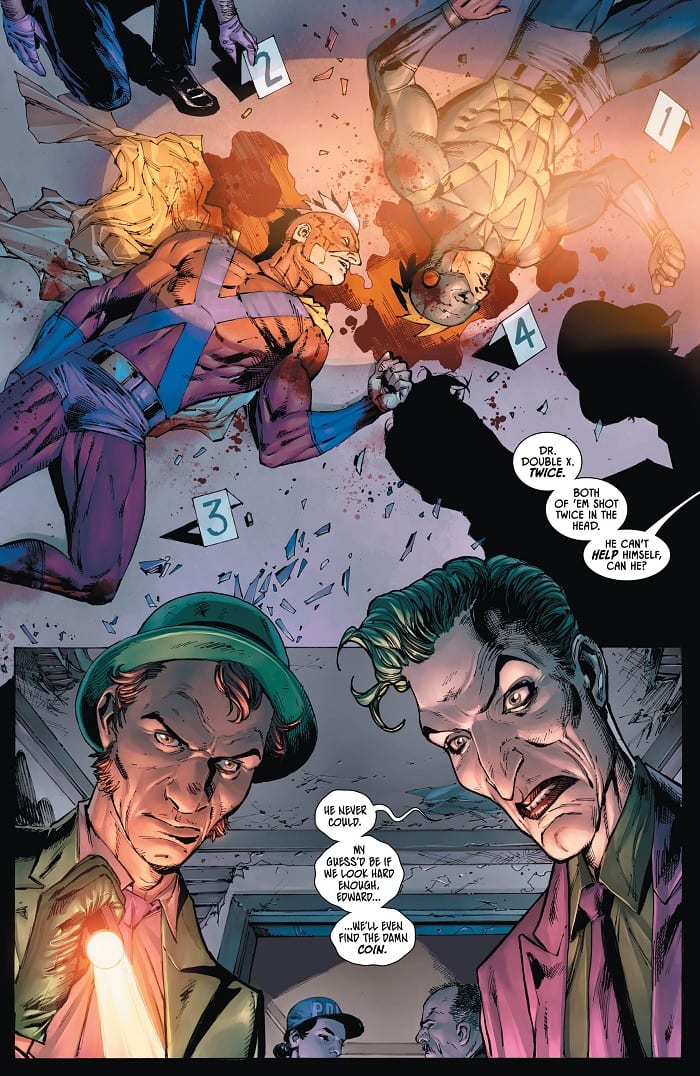 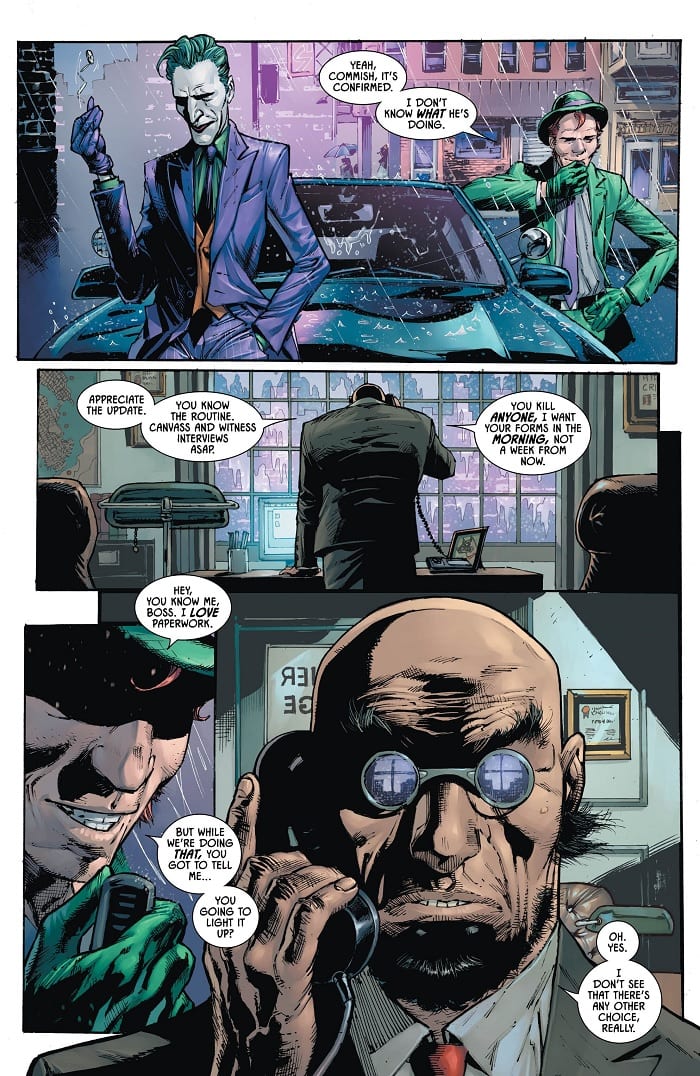 The artwork by Tony S. Daniel is expressive and appropriately unsettling in Batman #75. Moving through this world, it really does feel like a dark, even lifeless version of Gotham you’d expect to see if Batman were defeated. This is Bane’s world now, and it feels suitably claustrophobic, stifled, and dominated.

A lot of the visual strength here lies in attention to fundamental craft elements. Daniel’s work is subtly stylized, but hews more toward straightforward designs. It’s far from what one could describe as basic, though. The artist makes heavy and dramatic use of perspective. Not only that, but the work is action-packed, with plenty of dynamic movement and vibrancy. The work is constantly moving, in fact, but Morey does an excellent job of centering the action in the panel. Thus, the reader’s eye never struggles to find the point of the image on which we’re meant to focus.

Colors by Tomeu Morey feel just slightly saturated, meaning that nothing really leaps off the page. The work is consistent and richly-done, though, giving it a fairly refined look. It’s a strong showing all around for both the line work and colors.

Batman #75 is a good opening to the arc that will provide the culmination to King’s three-year story. Let’s hope the next nine issues can keep up the momentum.

Review: The City of Bane Begins in BATMAN #75BATMAN #75 is a good opening to the arc. It sets an appropriately bleak tone for this point in the broader narrative with well-paced storytelling and excellent artwork.