Advance Review: A GAME OF DOUBLES

In A GAME OF DOUBLES, Jackson and Franklin Teach enter the bathroom during their 50th birthday to have a party of their own. While doing lines of cocaine they talk about the past, the future, and the double-sided life to their present. 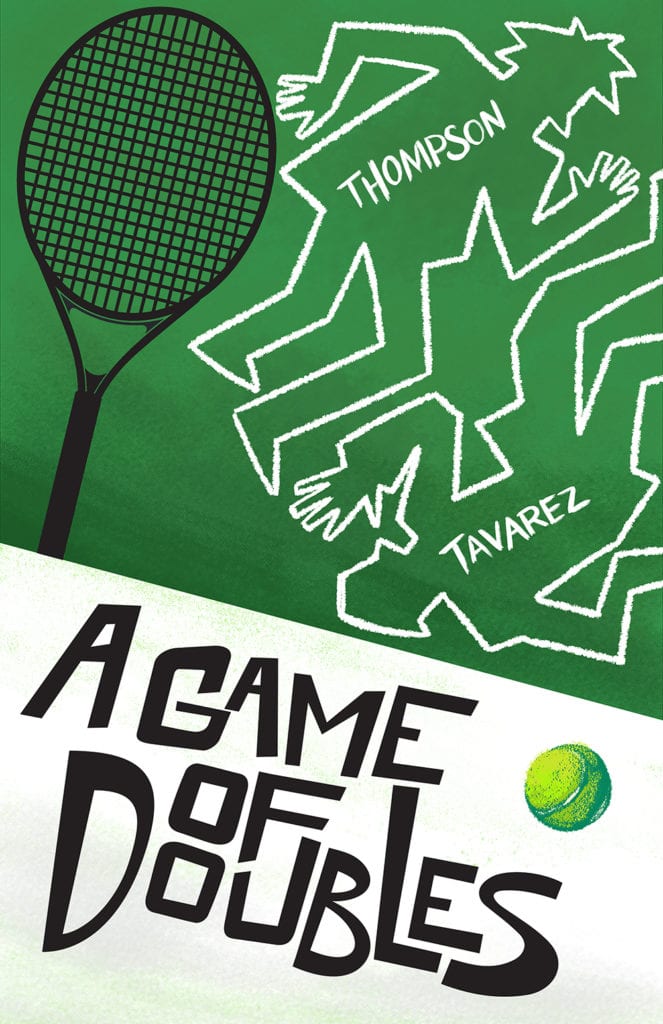 A Game Of Doubles
Written by: Jonathan Thompson
Art by: Ryan Tavarez

A Game of Doubles is not the first comic I have read by Jonathan Thompson. I have read (and loved) every book the prolific scribe has put out himself. Thompson has jumped around in genres, but the constant has always been a strong narrative that pushes you right till the end. A Game of Doubles is no different. Riffing on Hitchock and locked room mysteries,  you would think a story like Doubles would be a hard read in the comics medium. It most definitely is not. Thompson uses a variety of techniques to keep the story bouncing. The dialog not only snaps, but it also feels realistic and tells you a lot about the people speaking. This is a story that literally starts in medias res (in more ways than one. Not only has the party already started, it’s also the literal mid-life of the character’s life. This is layered writing) and yet it does not feel expository at all. The back and forth and banter between brothers Jackson and Teach feels natural and its rhythm is much like a tennis game. Something that is further highlighted by cutting back and forth between a very defining match in Jackson’s tennis career. In just a few short pages and panels we get everything we need to get immersed in this story. A Game of Doubles also has two endings (pushing the double theme to an almost meta-level), and it feels less like a gimmick and more like a natural part of this deeply layered story. I won’t go into how this plays out, because experiencing it is the best way to take it all in.

I wasn’t aware of Ryan Tavarez’s art before, but I have become an immediate fan. Tavarez’s characters fall on a slightly more cartoon style, but that does not take away from the darkness of the story being told. What that style does is allow Tavarez to create very strong expressions and ‘acting’ from his two main characters. And it’s done so well that even though Jackson and Teach are twins, there are subtle differences that make them not just identical copies. This is something done in a lot of films, but something I have never really seen in a comic before.

The linework is also fantastic. It’s all thick brush strokes with incredible shading and great use of zipatone. It gives a lot of life to an already beautiful piece of black and white art.

Tavares also excels at the action scenes. The tennis match panels have a ton of energy, with the speed and intensity of the kind of panels you find in the very best sports manga (Tayo Matsamuto’s Ping Pong immediately comes to mind. Something Tavarez mentioned to me in an interview)

A Game of Doubles is the kind of comic we need more of. It isn’t beholden by any one genre and its use of narrative and art techniques reveals creators at the top of their game. The book is almost at the end of its Kickstarter campaign (support it here), it well deserves your support. It’s a winner for sure.

'A Game of Doubles' is the kind of comic we need more of. It isn't beholden by any one genre and its use of narrative and art techniques reveals creators at the top of their game.Advance Review: A GAME OF DOUBLES