Spider-Verse #3 hits your local comic book store December 11th, but thanks to Marvel Comics, Monkeys Fighting Robots has an exclusive three-page preview for you.

About the issue:
Peni Parker, A.K.A. SP//dr is back! The corruption of the Spider-Verse has reached Earth-14512 and Peni is in deep trouble. Can Miles Morales help Peni defeat an all-new villainous incarnation?!

Spider-Verse #3 is by writer Jed MacKay and artist Dike Ruan, with colors by Ian Herring and letters by Joe Sabino. The cover is by Dave Rapoza.

The issue #3 preview below brings Peni Parker into the mix, one of the featured Spider-People from the Spider-Man: Into the Spider-Verse animated film, along with her robotic SP//dr suit.

Check out the Spider-Verse #3 preview below: 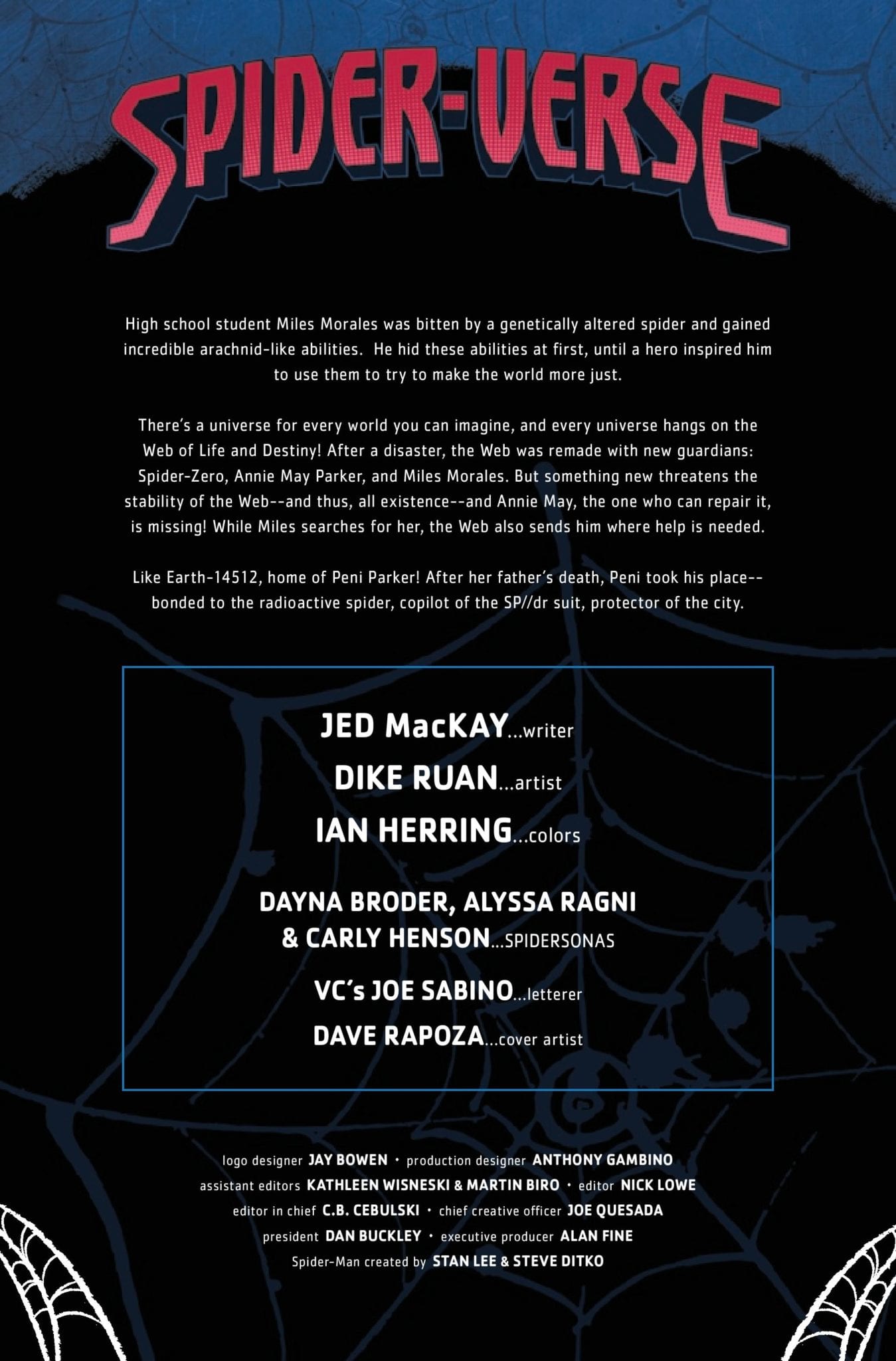 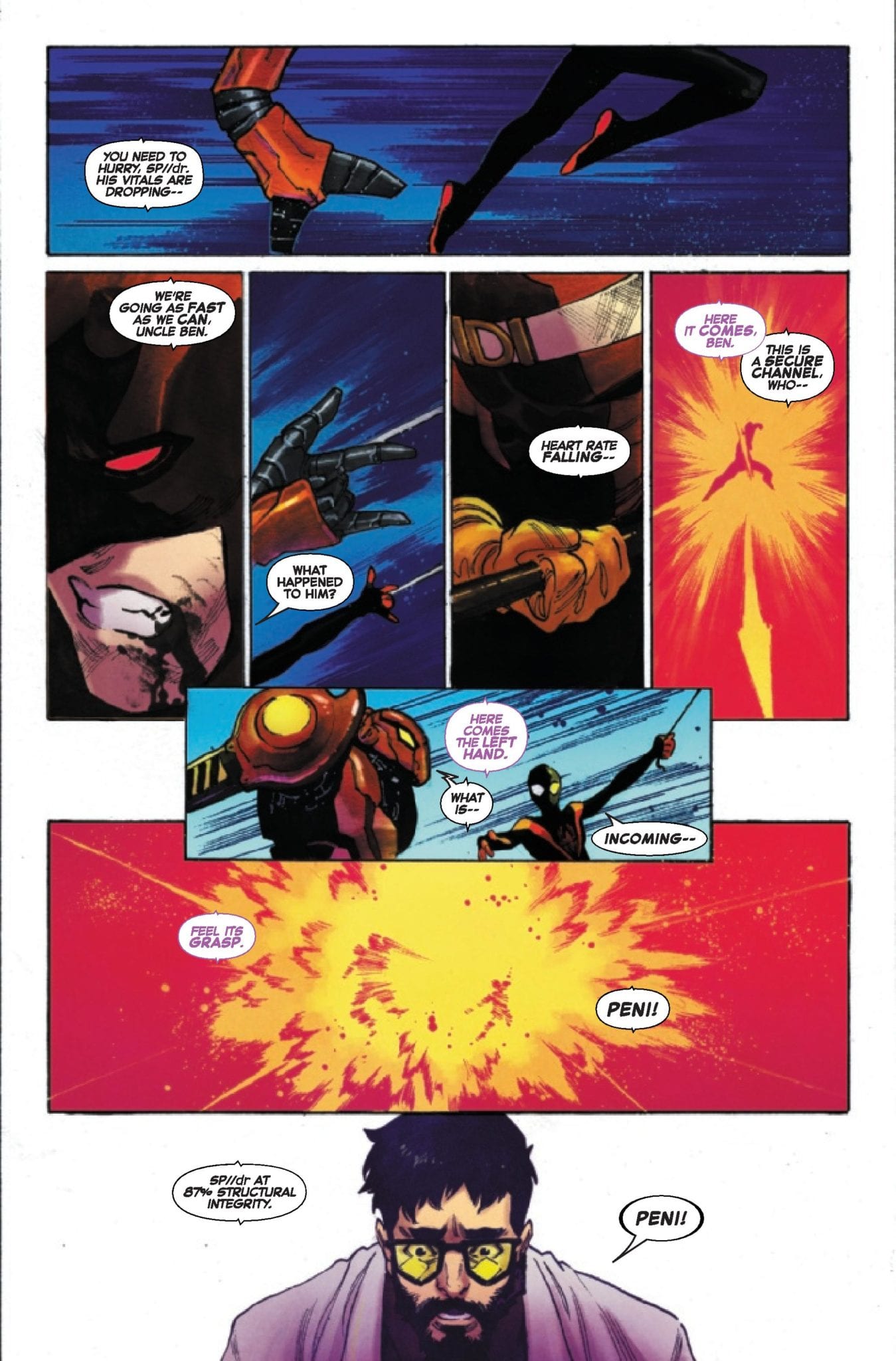 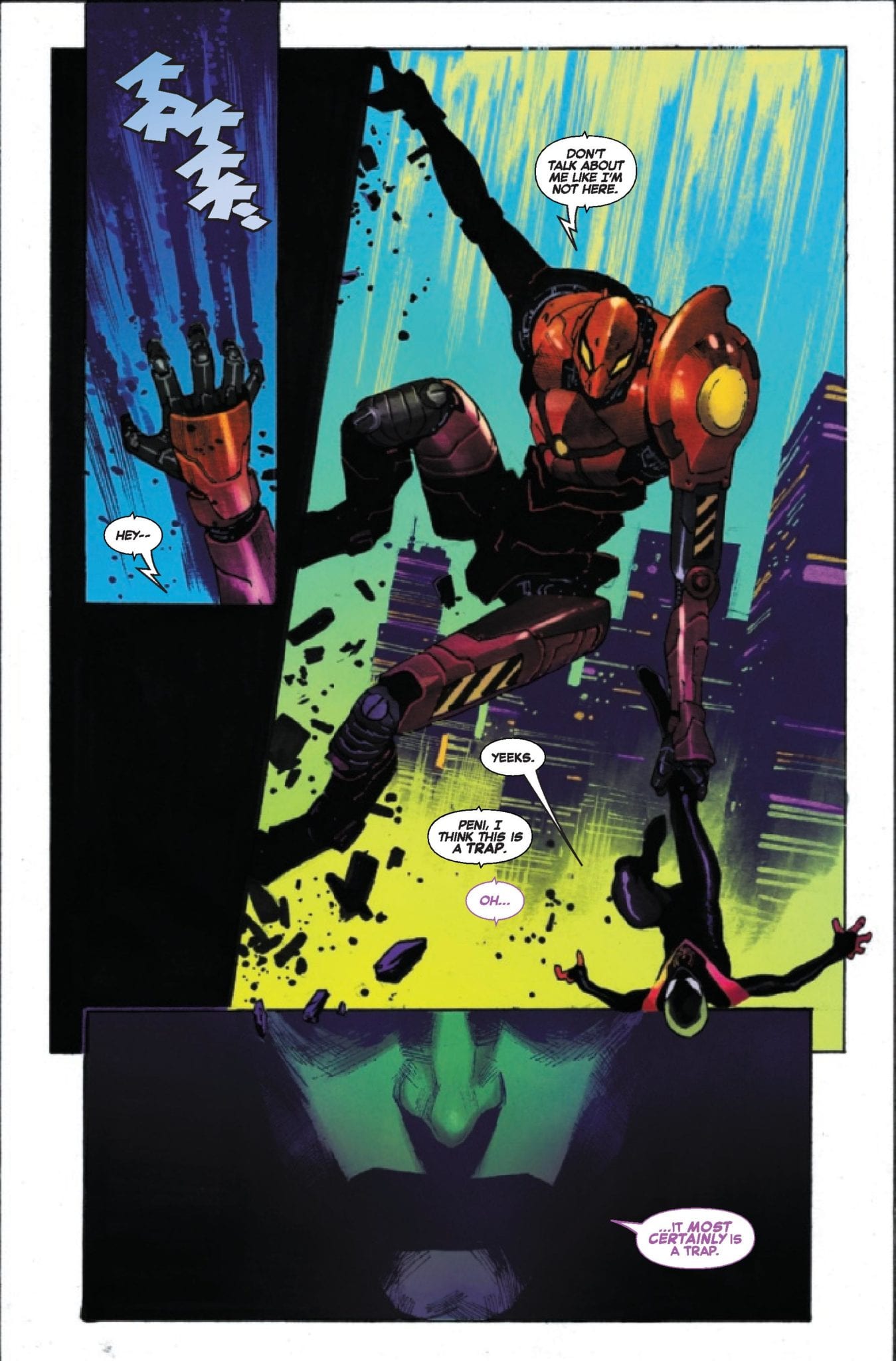 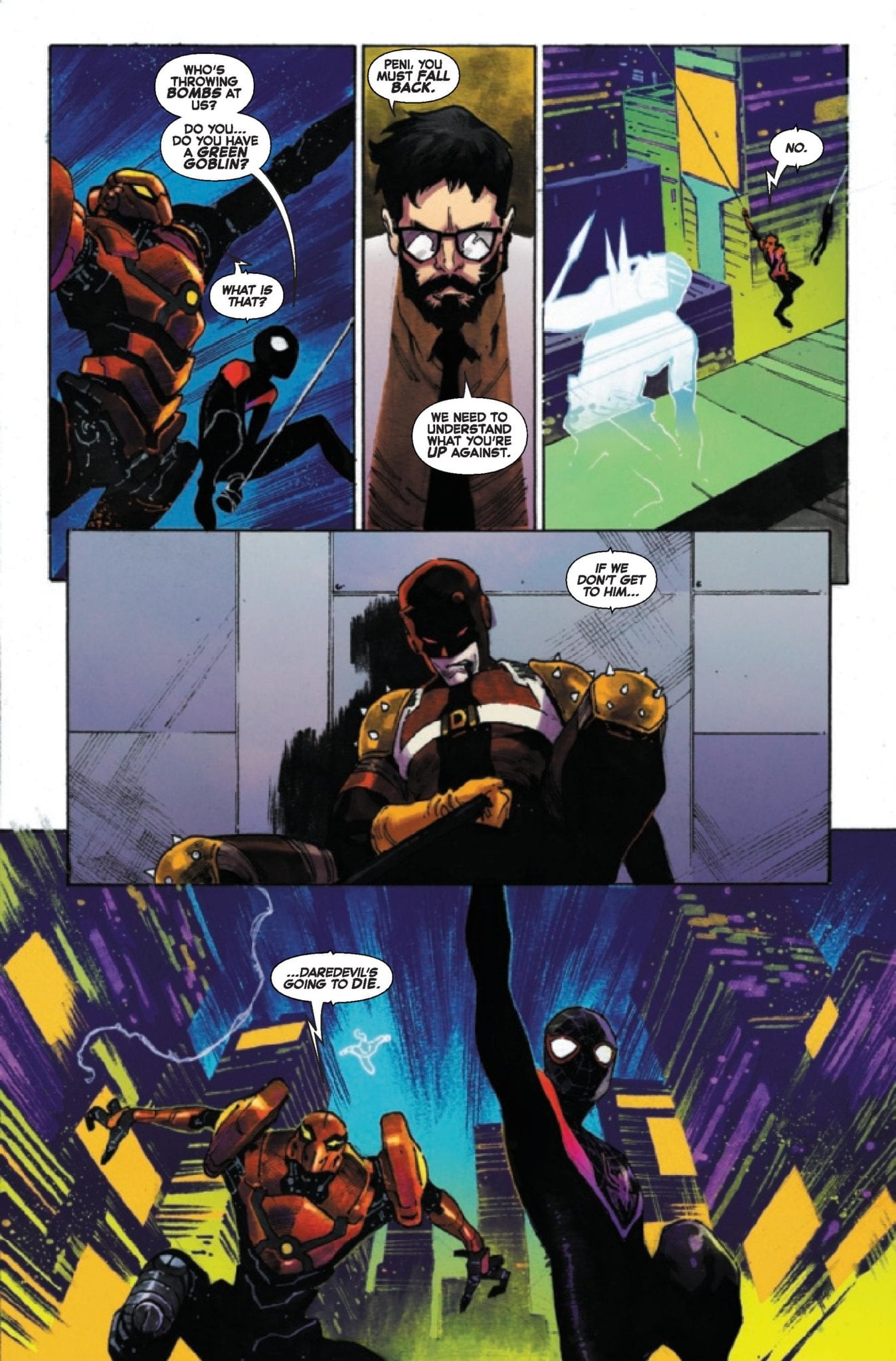 Are you reading Marvel Comics’ Spider-Verse series? Sound off in the comments!