Out This Week: NEW MUTANTS BY ABNETT & LANNING VOLUME 1

New Mutants by Abnett & Lanning: The Complete Collection Volume 1 is out this week, and it’s a great sampler platter of stories for Marvel’s more obscure X-Men. 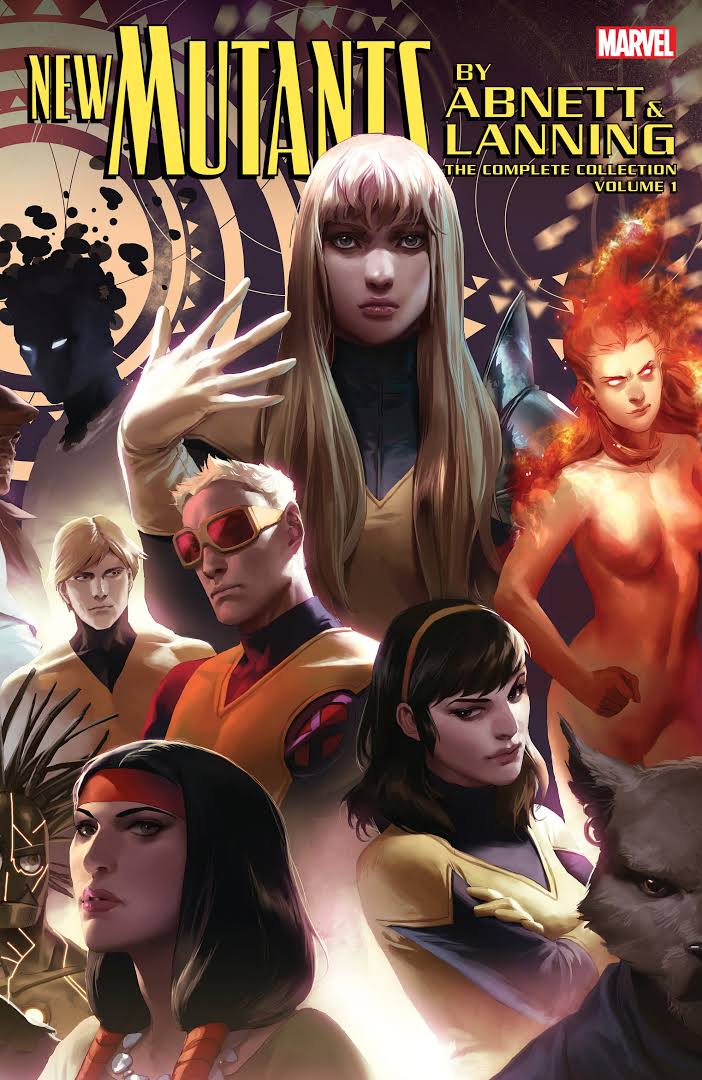 This volume basically collects six different New Mutants stories. Each one naturally flows into the next one, but they all could also easily be read independently of one another. Readers can enjoy the rescue and return of Nate Grey, as well as the team battling Asgardian demons, Magma going on a literal date with the Devil, and more.

Abnett & Lanning are perhaps best known for their epic Cosmic Marvel saga, where they made stars out of lower-tier superheroes by showcasing their full, badass potential. The duo bring that same kind of energy to New Mutants. Yes, this team has its die-hard fans, but these are still fringe characters that aren’t appreciated like the main X-Men. But Abnett & Lanning bring out the best in the crew, showing how powerful they are, both as individuals and as a team. Between Magma holding in an earthquake with her bare hands and the ferocious battle skills of Dani Moonstar, this collection will make serious fans out of readers.

The team chemistry and dynamic is also a joy to read. The X-Men are a family, but the New Mutants have always been like a little family within the family, and you feel their connection in these pages. Plus, New Mutants comics have the ability to go to weird places like no other X-comics can, and this volume is no exception. If you’re a fan of the absurd, or horror, or absurd horror, you’ll dig this run. Again, Magma goes on a literal date with the Devil himself, and it’s probably the highlight of this entire book.

The art varies, due to the aforementioned four art teams, but each team brings the right kind of energy for their story. Fernandez and Mossa provide an edgy grit to introduce the series. Lafuente, Rodriguez, Staples, and Sotomayer give off a scarier vibe that’s very apt for the Fear Itself tie-in. Multiple artists are very good at focusing on delivering emotion and strong facial expressions for more personal stories. The frequent changes may be jarring to some, but it’s hard to argue that the changes don’t work for the betterment of each arc.

New Mutants by Abnett & Lanning is a solid read whether you’re an old fan of the team or new. And with the New Mutants movie hitting theaters this year (hopefully), this collection is a good entry into this world.

1242
Find out how to get the
Monkeys Fighting Robots magazine!

Marvel Preview: More Than One Phoenix Will Rise This Fall

Following yesterday's announcement from Marvel Comics that the next story arc after Age of Khonshu will be Enter the Phoenix, Marvel has released a...
Read more
Exclusive Preview

CRUEL SUMMER Will Break Your Heart, Just Like You Want It To

Cruel Summer may not be the end to Ed Brubaker and Sean Phillips' brilliant series Criminal, but it's certainly its culmination. Seeds planted in the first...
Read more
Comic Book Reviews

REVIEW: ADVENTUREMAN #3 Brings Its Main Character Off the Pedestal