Abel’s adventure through the Middlewest picks back up with MIDDLEWEST #12, available in stores on Wednesday, October 23rd. Unfortunately, the last issue put a major damper on that adventure through his and Bobby’s kidnapping at the hands of Nicolas Raider, a slaver who recruits children to harvest valuable Ethol plants. Luckily, Fox managed to return to Maggie and the other’s camp to alert them of the danger. Now the team is headed north to the Raider Farms, but will they make it in time?

Abel is a boy constantly running. His original decision in issue #1 to run away from his monstrous father brought about a course of events that encouraged this response. And for good reason, especially after learning his grandfather embodied a harmful rage as well. Abel claims he wants to live his own life and that’s why he ran, but deep down it’s clear he doesn’t want to hurt his friends–unfortunately, they’re the only ones who can help him in the troubles to come.

Fast forward to our current issue and reader will see Abel’s running not only alienated his best friend Fox, but placed him and Bobby in the hands of Raider. And he’s not playing games with his prisoners, using lethal force liberally. 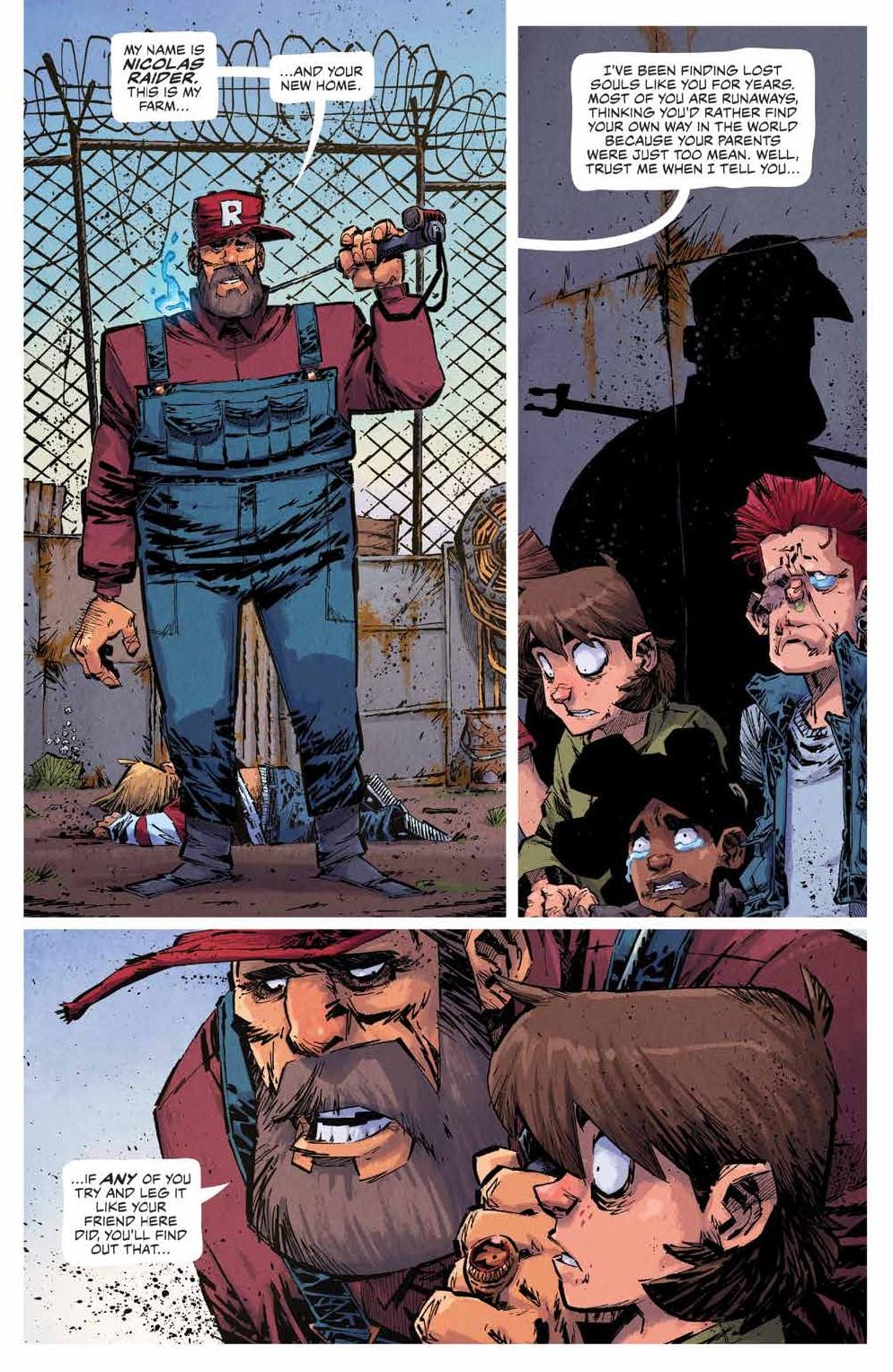 Back in Abel’s hometown, the adventurer’s father searches desperately for his seemingly lost son, attempting to rectify the damage done to his son months ago. But the rage appears to have come full circle, but this time it’s directed inward.

Writer Skootie Young has spent most of this series focusing on the true nature of rage, specifically the anger within Abel and his father. Both character’s inner hate expresses itself in the form of monstrous abilities that almost always harm their family and friends. But in an unexpected twist of fate, Young brings Abel closer and closer to the realization that the only thing that can cure his rage is the thing he’s been running away from: his friends and family. 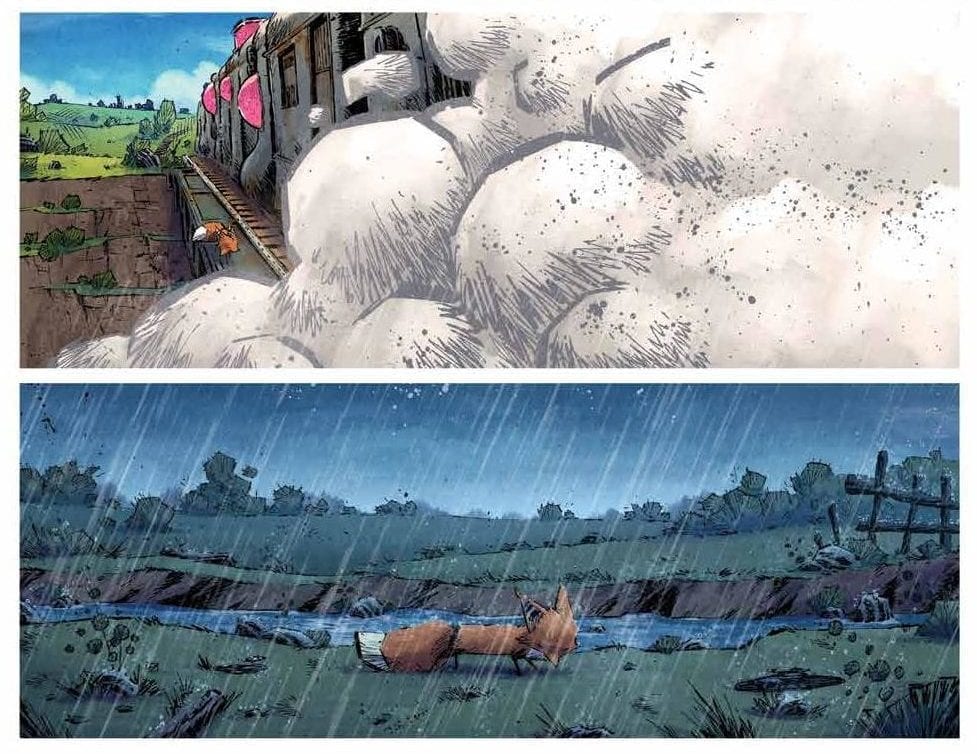 Penciler Jorge Corona and colorist Jean-Francois Beaulieu display their amazing versatility in this narrative by recreating the once marvelous landscapes of Middlewest—instead of lush forests and bright, flowing rivers, we’re treated to stormy weather and smog-filled skies, reflecting the inner turmoil within Fox as he desperately seeks help for his kidnapped friends. In addition, letterer Nate Piekos of Blambot’s uses bolded fonts to capture the emotions of the MIDDLEWEST characters, both those experiencing trauma, rage, or both.

Cornoa’s cover art serves as an evolution of last issue’s, which depicted Abel and Fox standing back to back in fits of rage. Instead of juxtaposing the two characters, issue #12 places Fox front in center in his desperate search for Abel. A large, fading image of Abel appears behind the him in the sky, further reflecting how far the two have grown a part following the argument from last issue.

The depressing circumstances still loom over the Middlewest characters. But at the center of this distress lies a growing rage, particularly within Abel. Will he run from it, or confront it? Will he continue to shut out his friends?

What did you think of Raider’s farm setup? Let us know in the comments below.

In an unexpected twist of fate, Young brings Abel closer and closer to the realization that the only thing that can cure his rage is the thing he’s been running away from: his friends and family.Review: MIDDLEWEST #12: Running On Rage