WEB OF SPIDER-MAN #1 hits your local comic book store June 9th, but thanks to Marvel Comics, Monkeys Fighting Robots has an exclusive 4-page preview for you.

About the issue:
Peter Parker. Spider-Man. Scientist. Troublemaker? Thanks to none other than Tony Stark, a new scientific research station for the teenage heroes of the Marvel Universe has just been completed  –  and Spider-Man just got an invitation to join! Working alongside some of your favorite faces from the MU and a whole bunch of awesome new gadgets, and with Iron Man keeping an eye on the them, surely everything’s going to go great for the heroes, right?
… Right? Face front, True Believers, and treat yourself to this first issue in an adventure of the WORLDWIDE ENGINEERING BRIGADE!

The issue is by writer Kevin Shinick and artist Alberto Alburquerque, with colors by Rachelle Rosenberg, and letters by Travis Lanham. The cover is by illustration team Gurihiru.

Check out the WEB OF SPIDER-MAN #1 preview below: 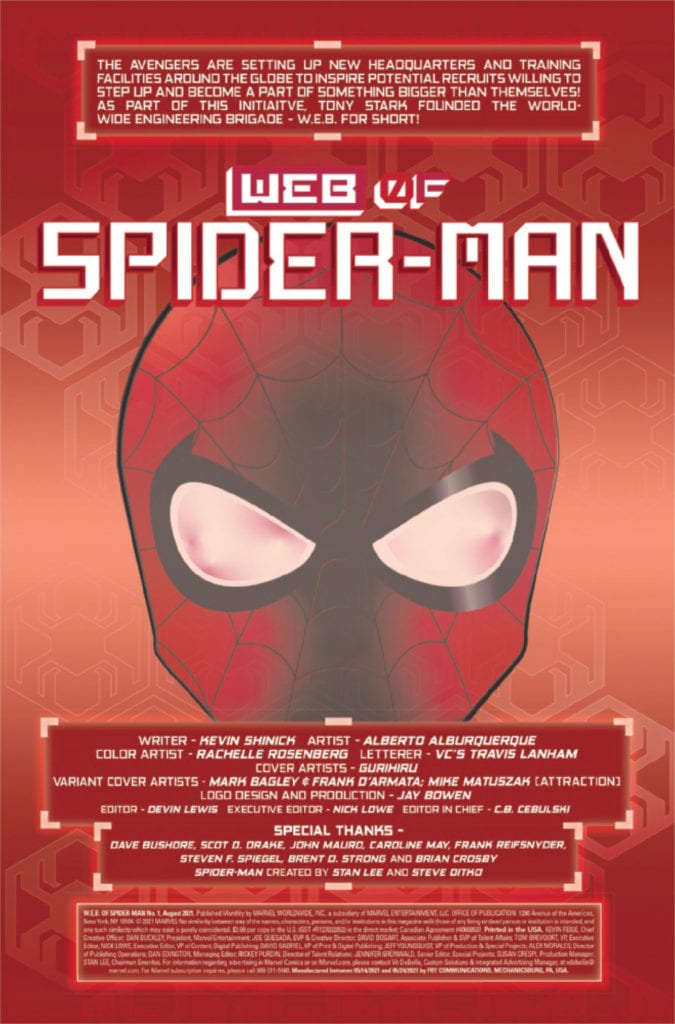 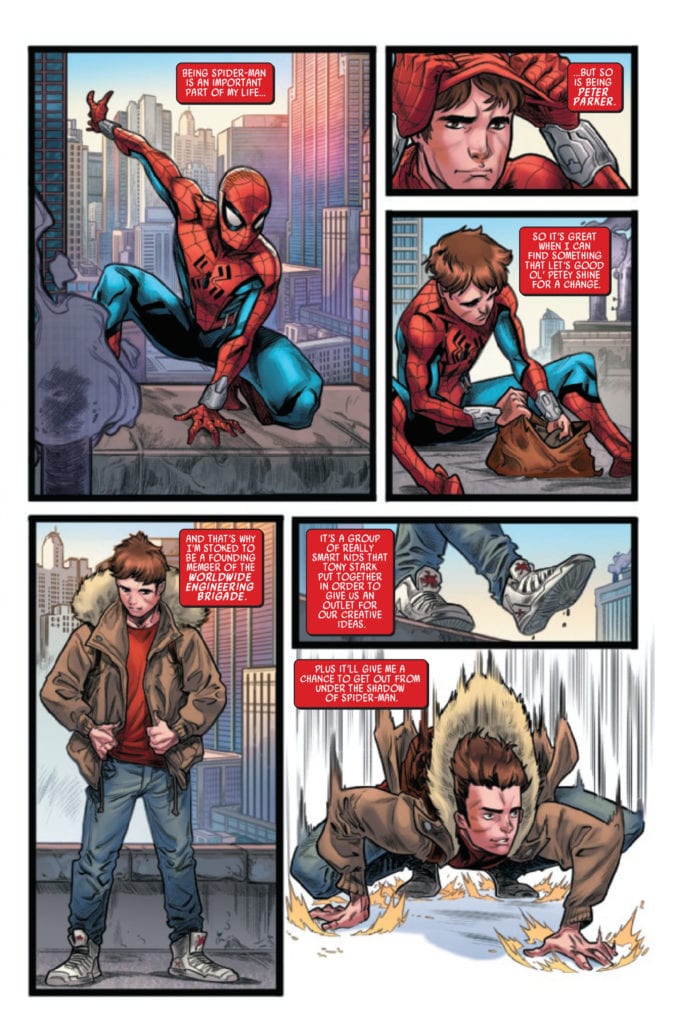 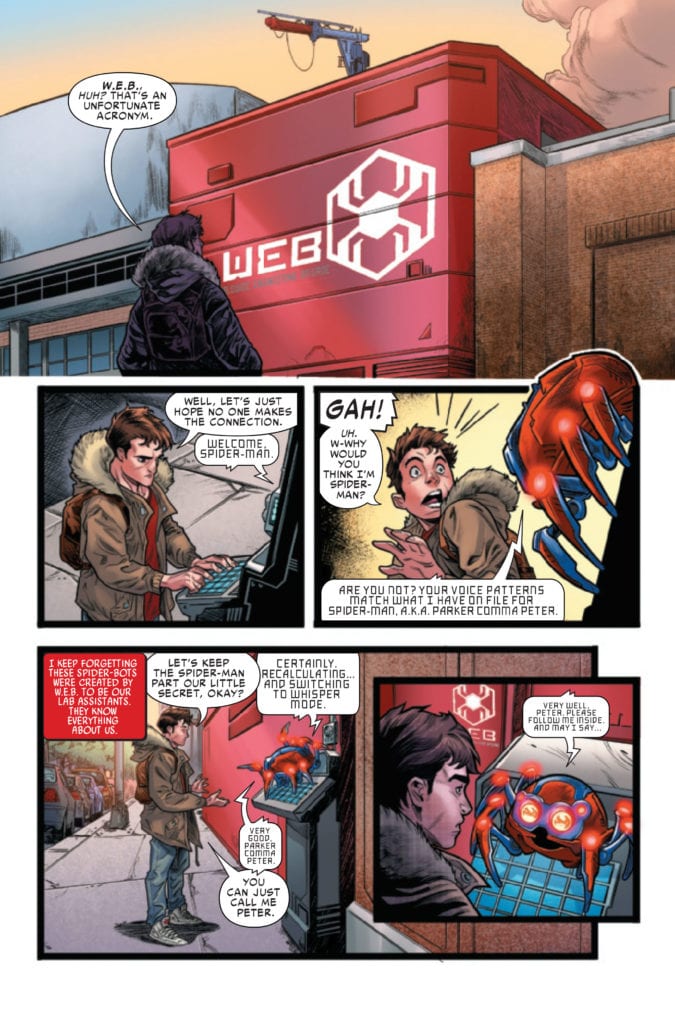 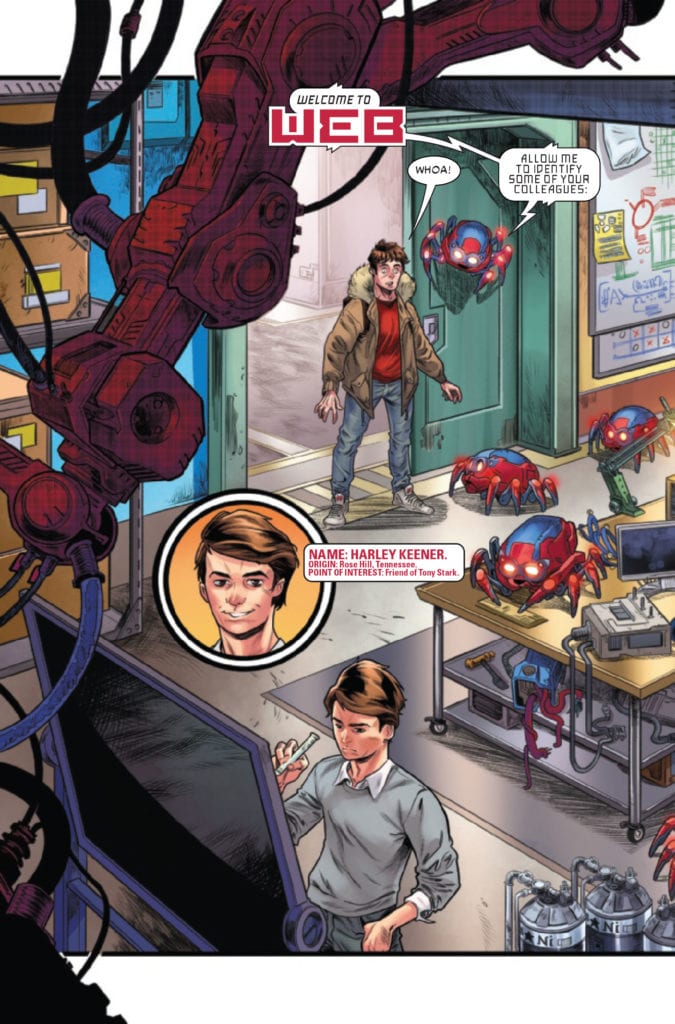 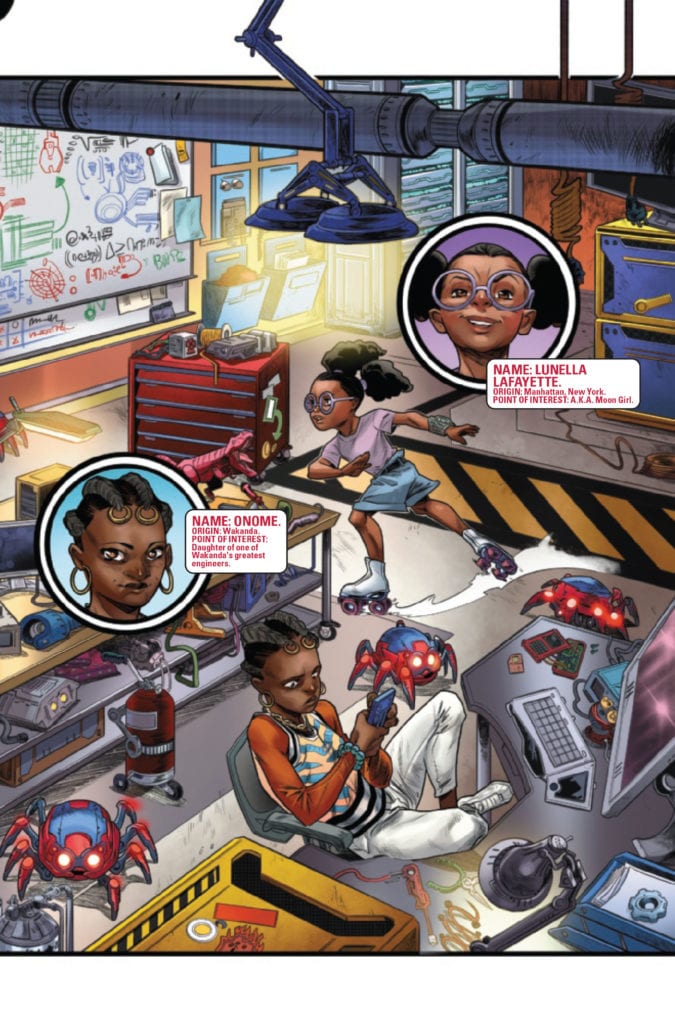 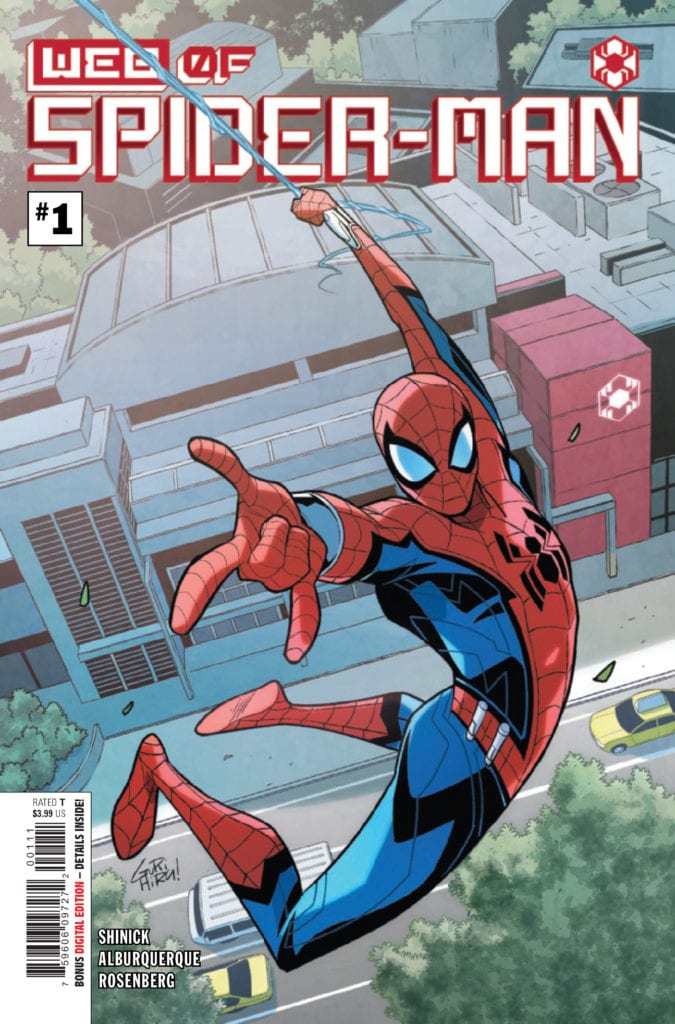 Are you excited for the new WEB OF SPIDER-MAN? What’s your favorite Spider-Man title of all-time? Sound off in the comments!