Valkyrie: Jane Foster #7 hits your local comic book store January 15th, but thanks to Marvel Comics, Monkeys Fighting Robots has an exclusive four-page preview for you.

About the issue:
TIME OF DEATH: NOW!
Valkyrie teams up with Marvel’s Mightiest Medics to save the life of the ultimate patient – Death herself! With a universal force on the cosmic operating table, the end of everything is one slip of the scalpel away… but has one of Jane’s surgical team forgotten their Hippocratic Oath?

Valkyrie: Jane Foster #7 is by writers Al Ewing and Jason Aaron and artist Pere Pérez, with colors by Jesus Aburtov and letters by Joe Sabino. The main cover is by Mahmud Asrar and Matt Wilson, with the variant cover by Kris Anka.

One could call Valkyrie the successor to Jason Aaron’s incredible 7-year run on Thor, as it continues the story of Jane Foster, and Aaron himself is co-writing.

Check out the Valkyrie: Jane Foster #7 preview below: 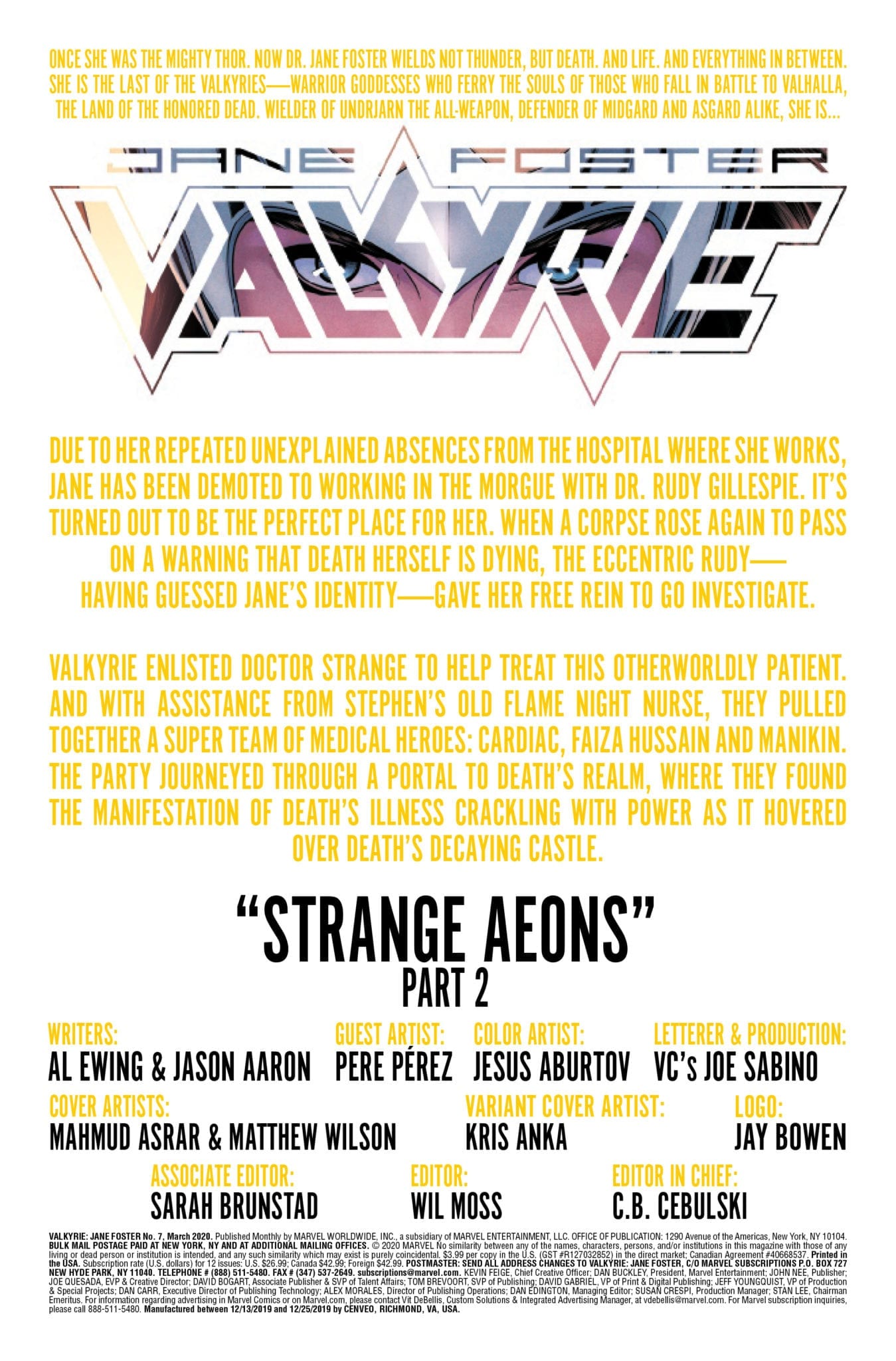 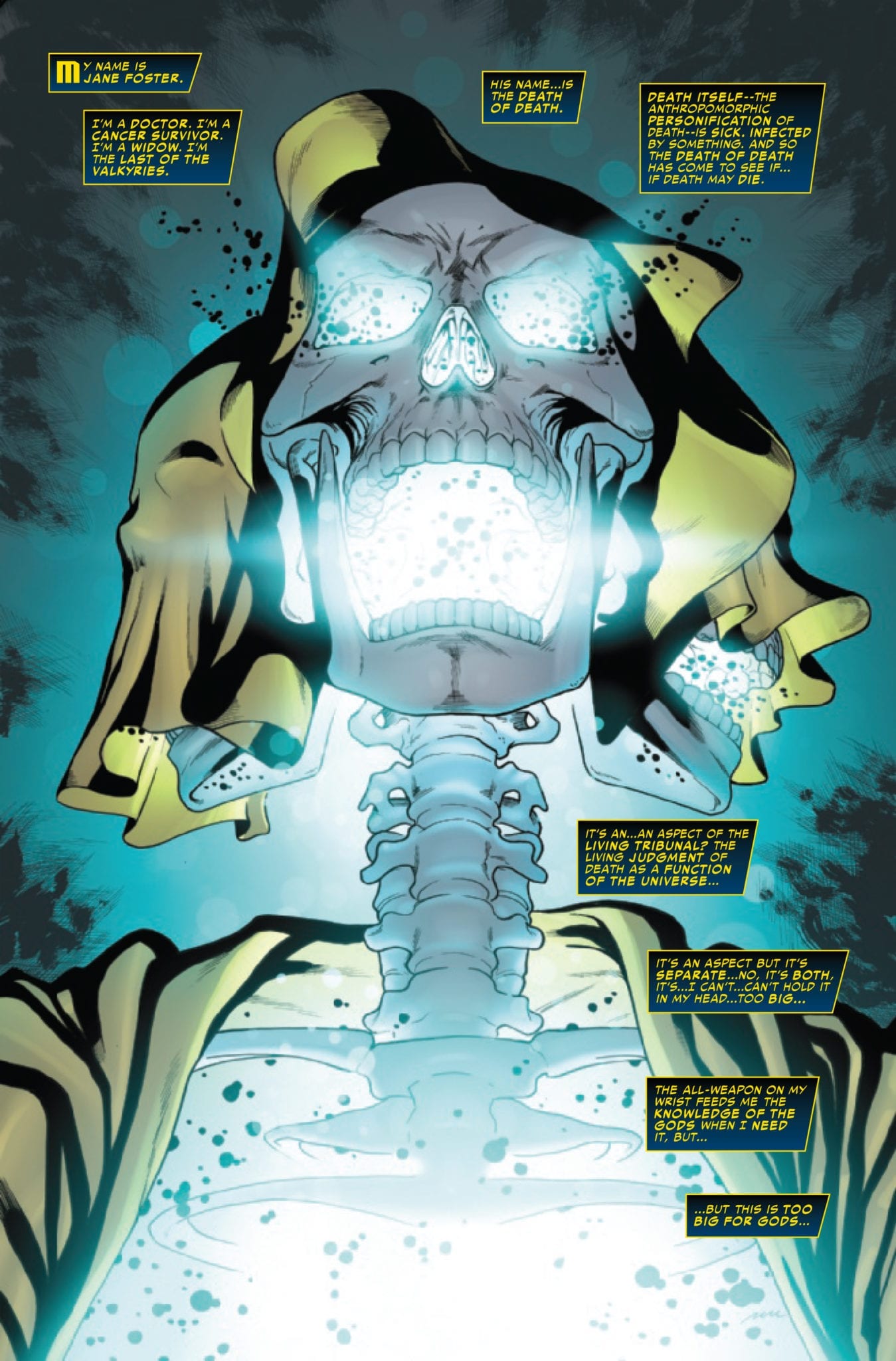 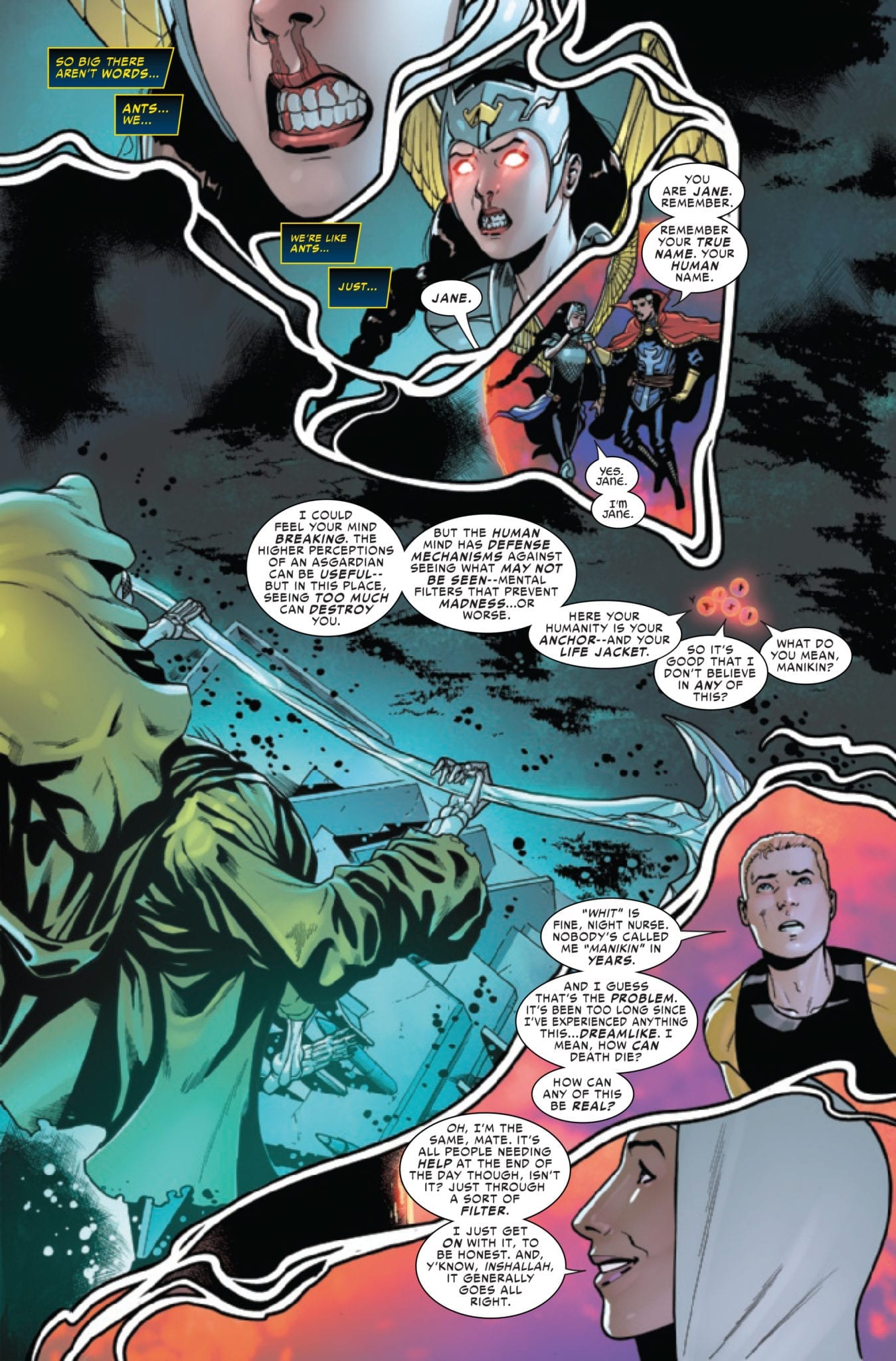 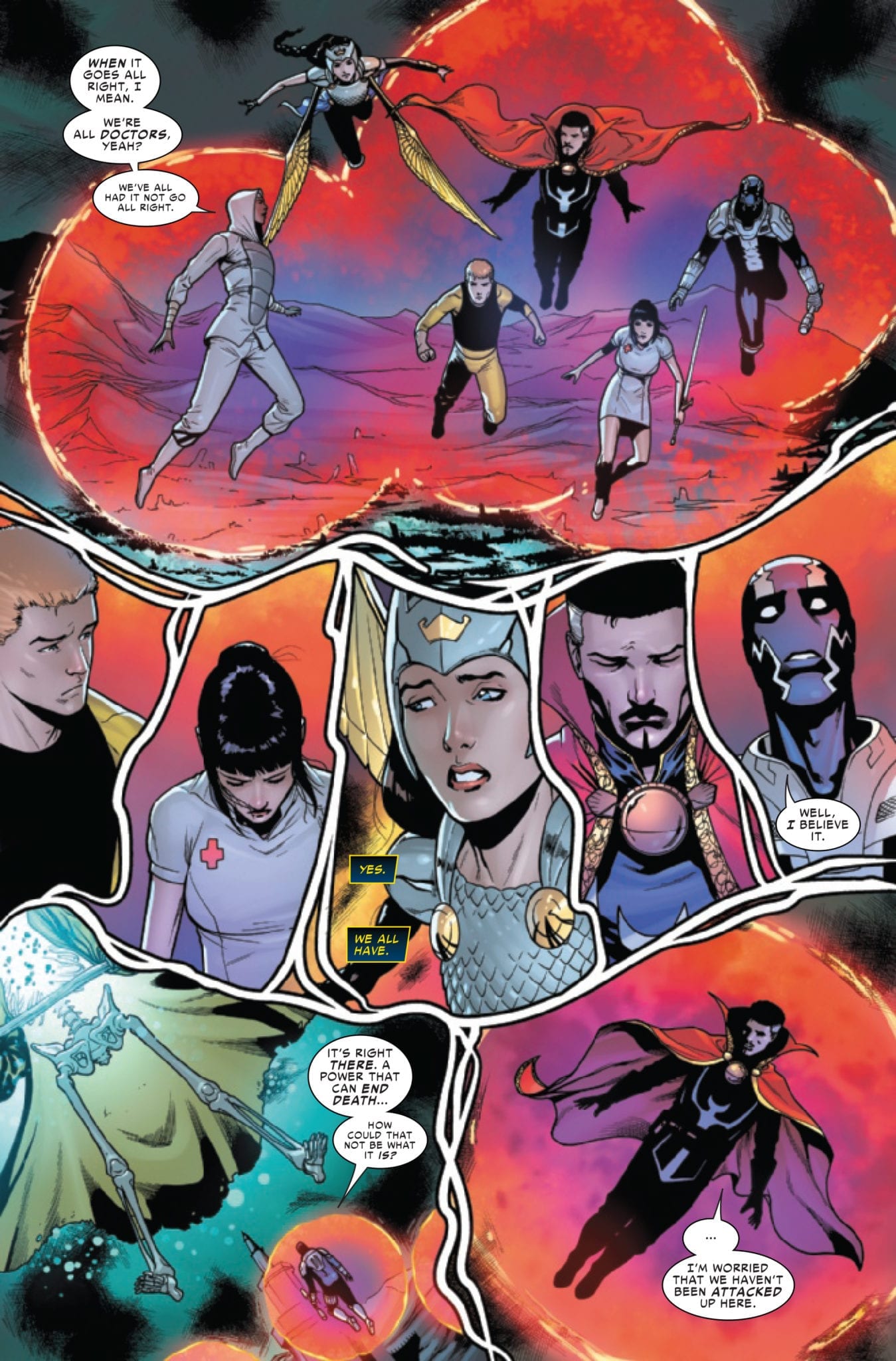 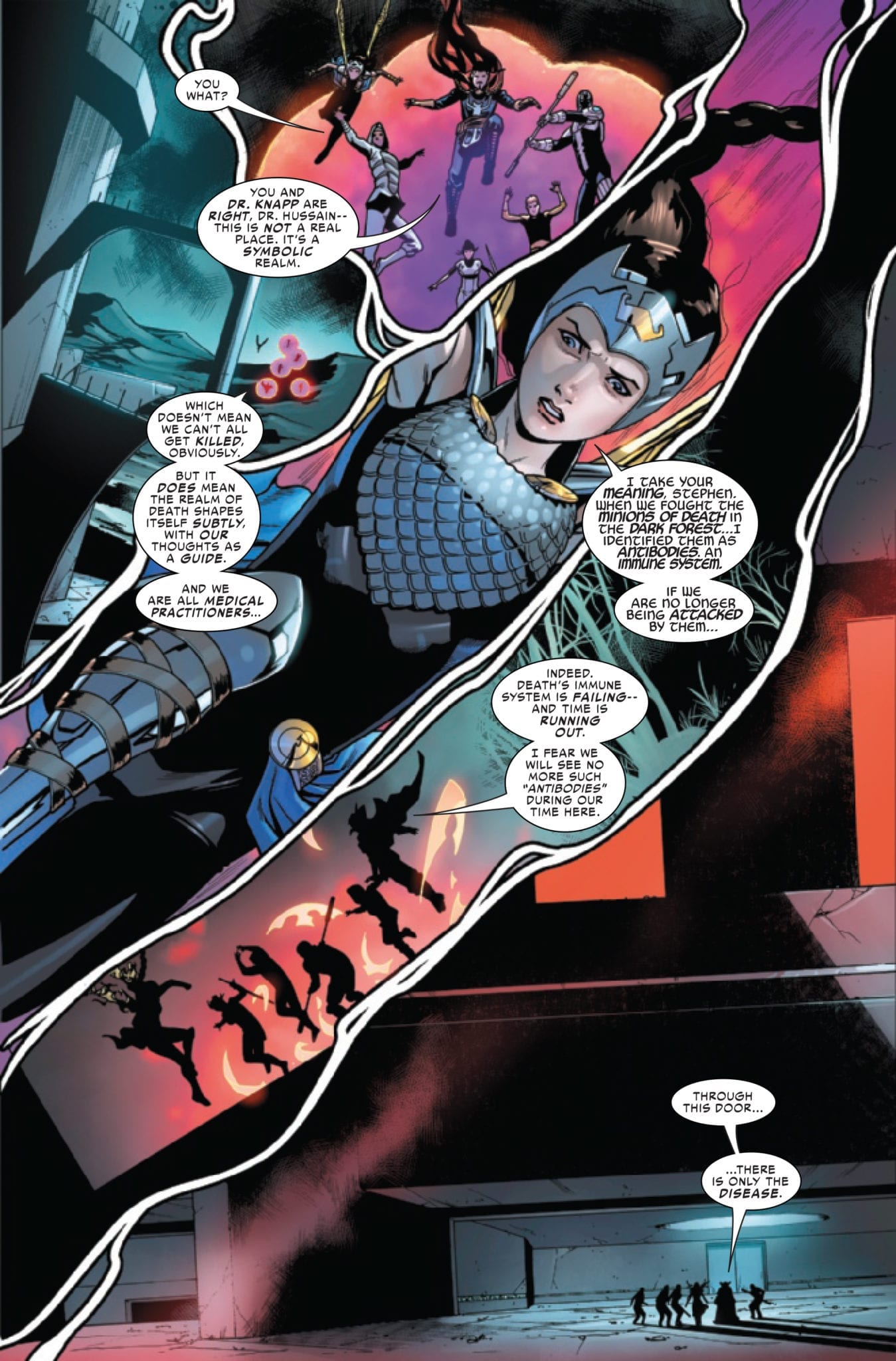 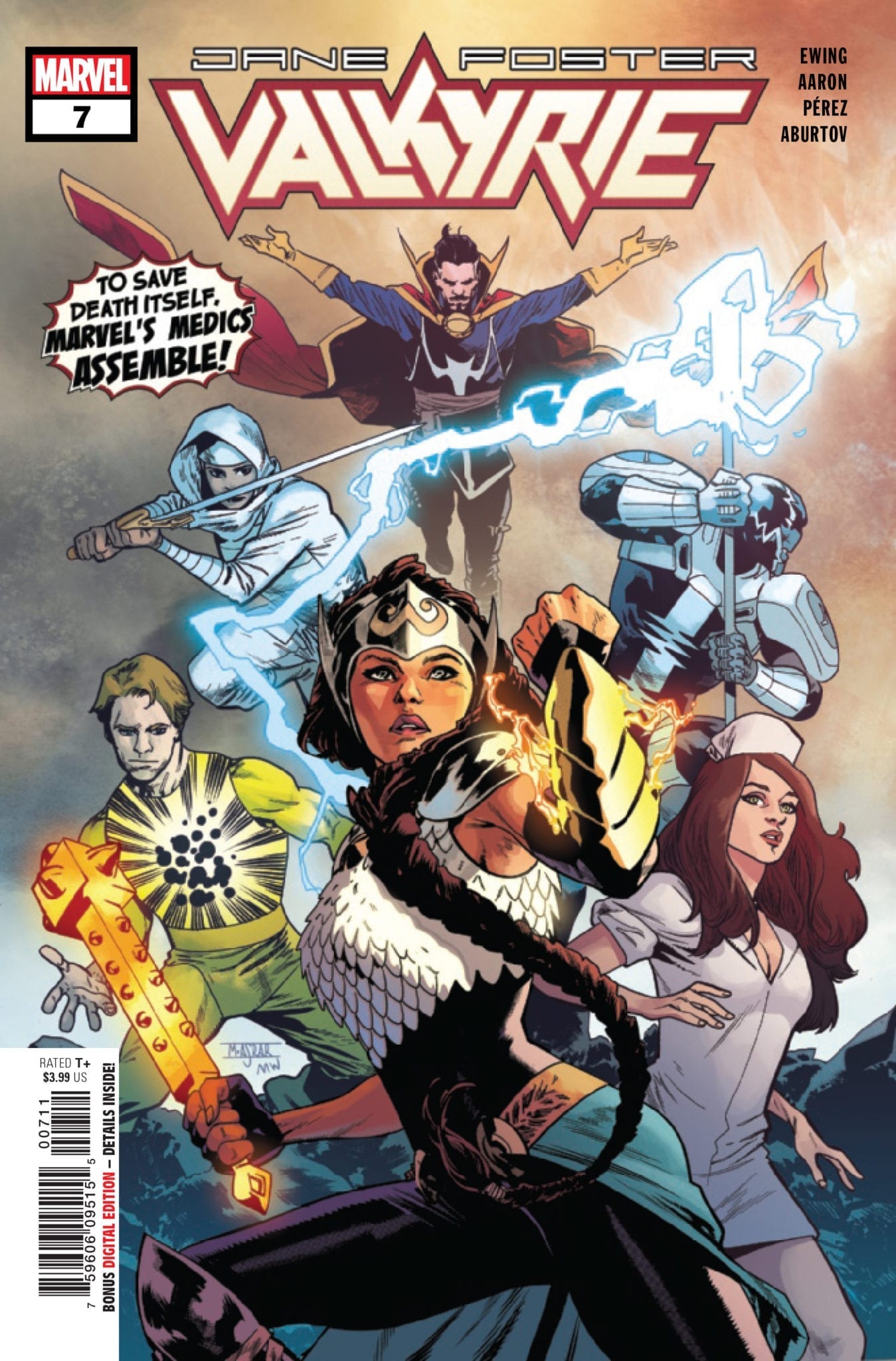 Are you reading Valkyrie: Jane Foster #7? Sound off in the comments!