The Punisher #14 is out August 7th, but thanks to Marvel Comics, Monkeys Fighting Robots has an exclusive four-page preview to share with you.

The book is by writer Matt Rosenberg and artist Szymon Kudranski, with colors by Antonio Fabela and letters by Cory Petit. The cover is by Greg Smallwood.

About the issue:
Zemo’s battle against the Punisher hits the streets of Manhattan! It’s all-out war…just the way Frank likes it. Someone’s brought backup for Frank, but the Punisher doesn’t play well with others…

This issue is part three of the “War On The Streets” storyline. It deals with the fallout from Marvel’s 2017 Secret Empire event, with Frank Castle going head-to-head with Baron Zemo.

Rosenberg took over writing the previous volume of The Punisher with issue #218. After eleven issues, the series was renumbered at #1, and Kudranski joined Rosenberg on the book. The two have worked on every issue of this volume together except one (Smallwood did interiors on #6 in addition to the cover), which is a consistency you don’t see often nowadays in Big Two comics.

Take your first look at THE PUNISHER #14: 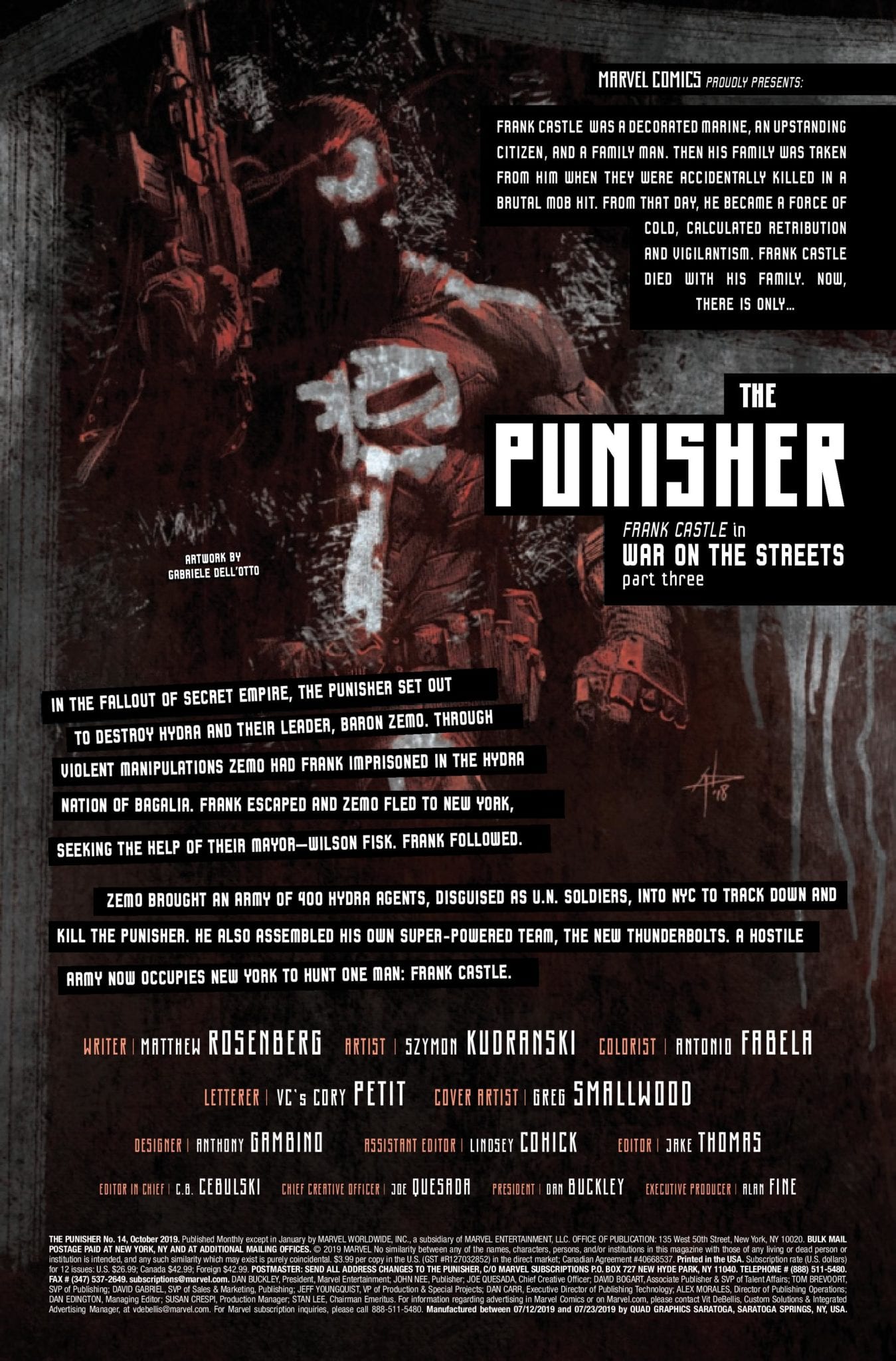 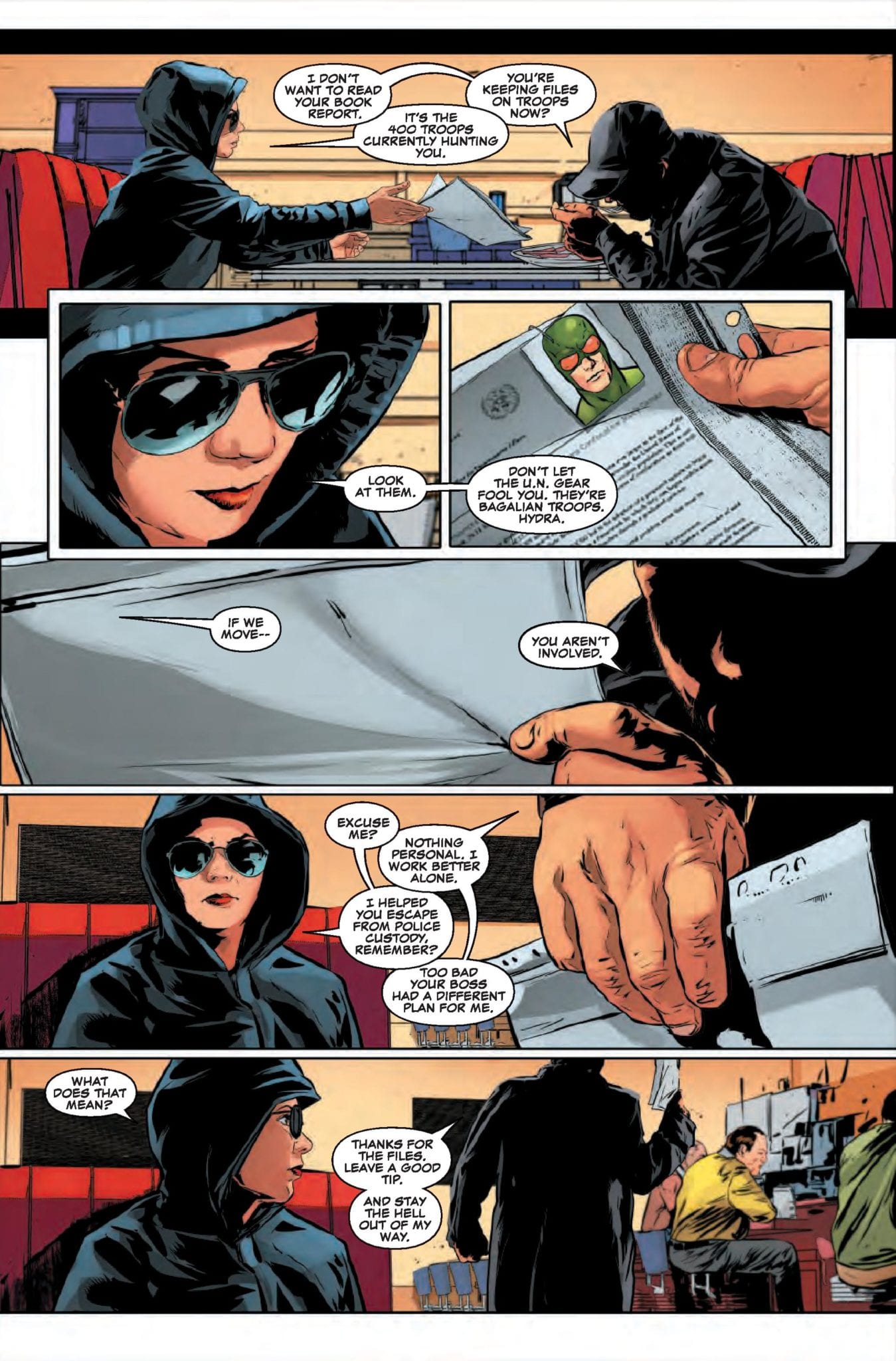 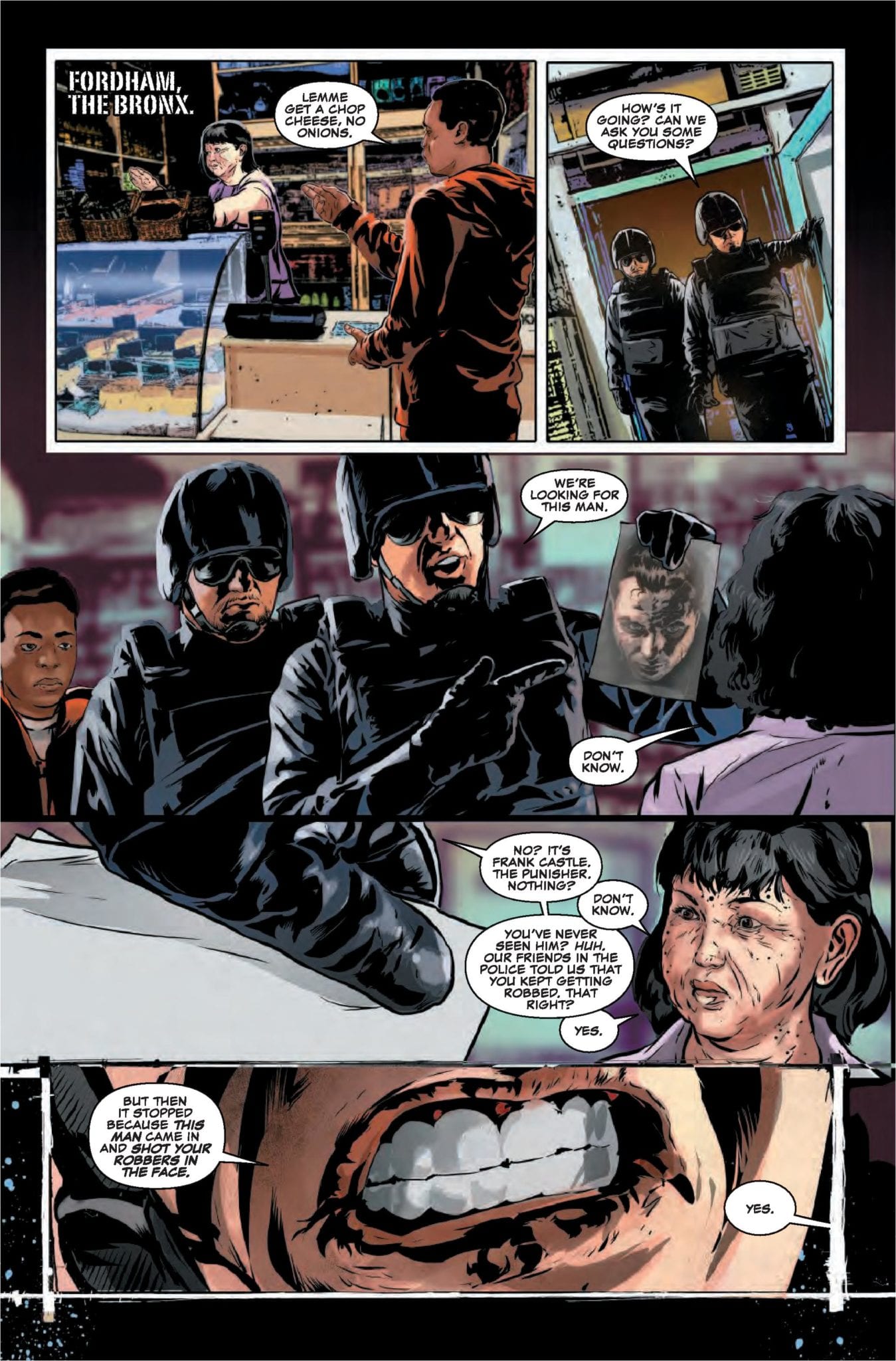 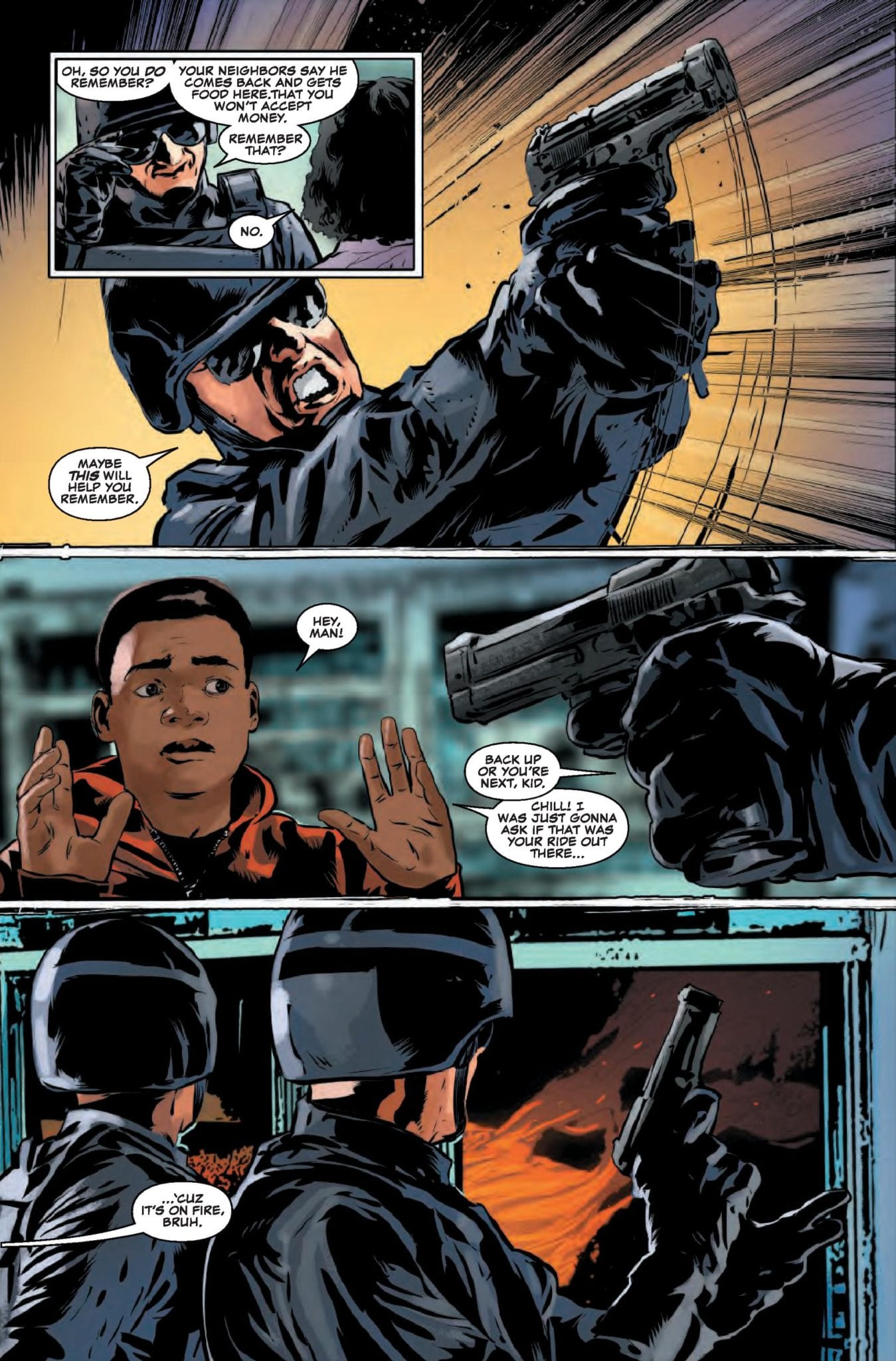 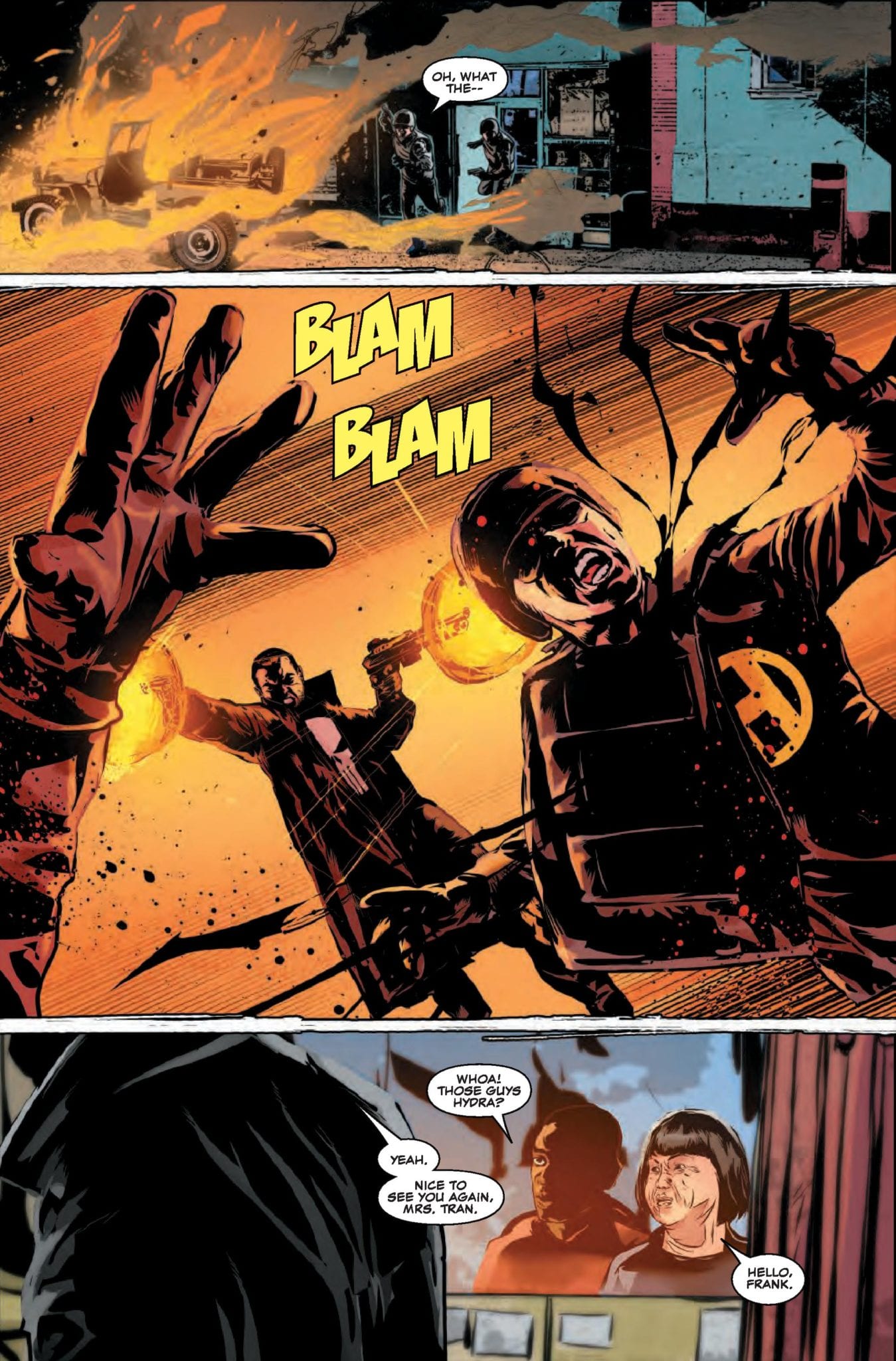 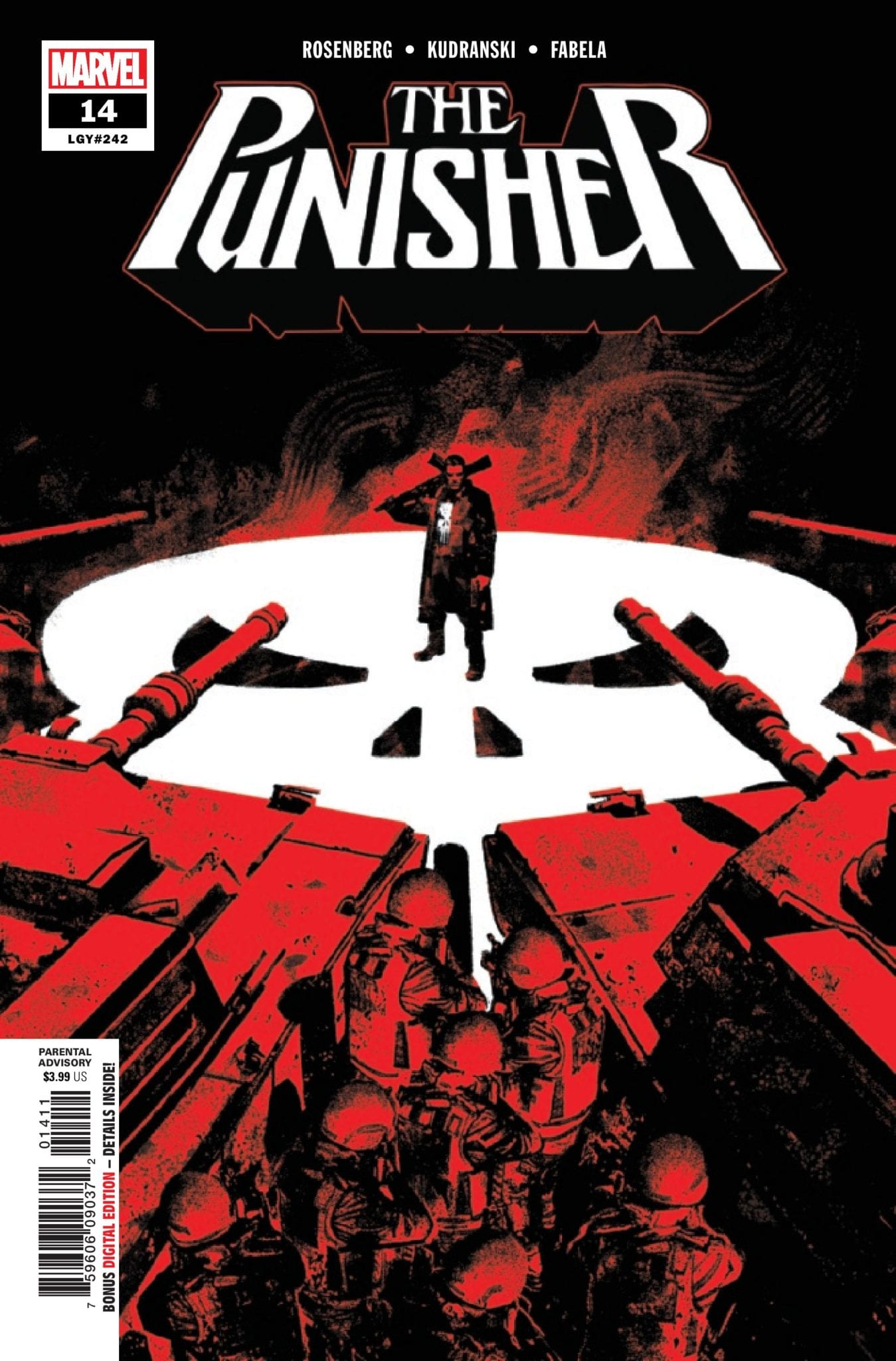 What are your thoughts on the current Punisher run? Let us know in the comments!