Spider-Verse #5 hits your local comic book store February 5th, but thanks to Marvel Comics, Monkeys Fighting Robots has an exclusive four-page preview for you.

About the issue:
SPIDER-MAN NOIR, DEAD NO MOIR?!
Miles continues his journey to save the web of life and comes face to face with Spider-Man Noir! But, wait…isn’t he dead?!

Spider-Verse #5 is by writer Christos Gage and artist Juan Ferreyra, with letters by Joe Sabino. Dave Rapoza created the cover.

The series follows Spider-Man Miles Morales as he traverses the Spider-Verse, interacting with different spider-people along the way. In this issue, Miles comes across the Spider-Man of Earth-90214, aka Spider-Man Noir, a character thought dead. 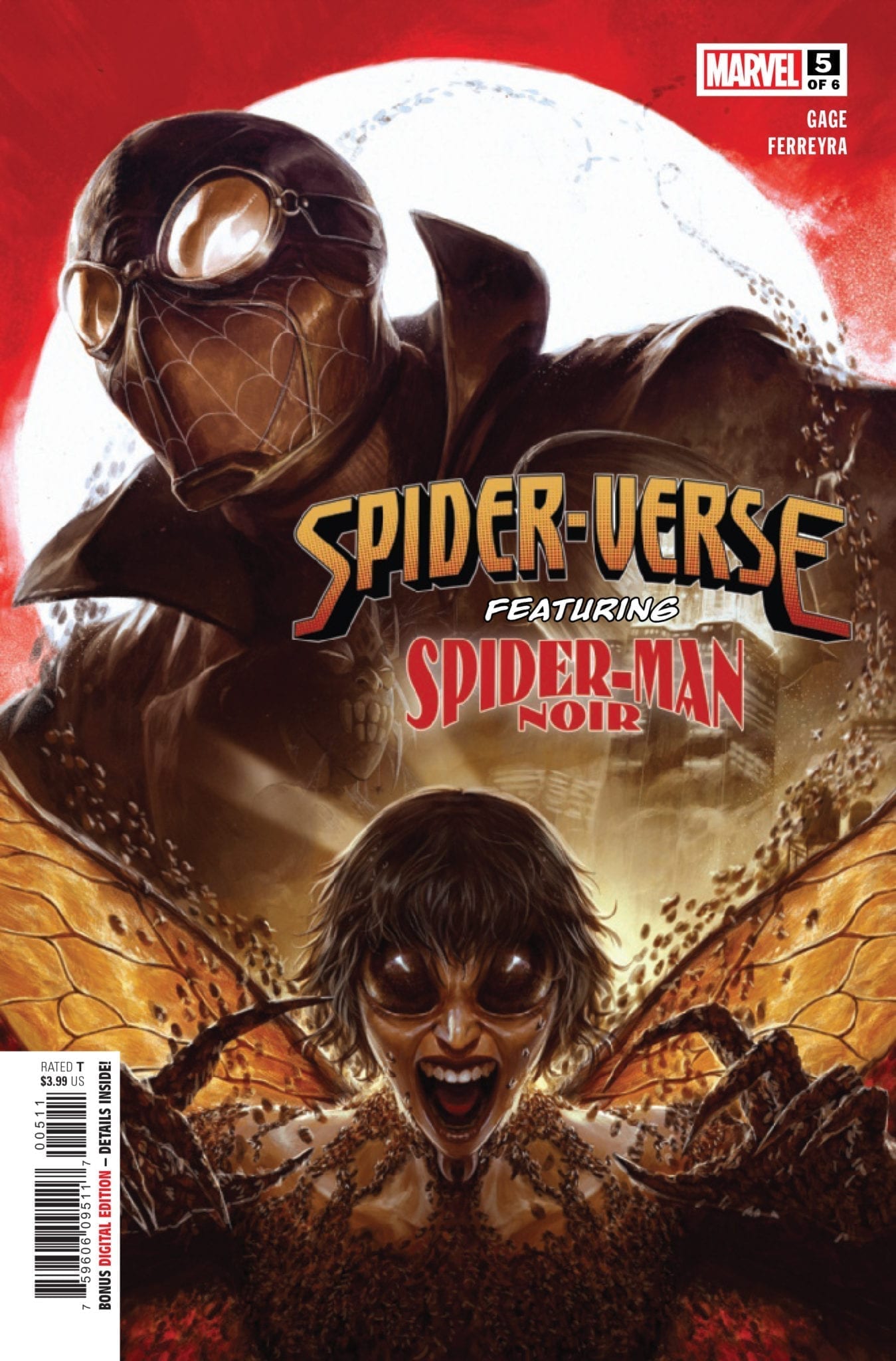 You can see in the preview that Ferreyra was the perfect artist for this story, as his inking and color pallette excellently recall the tone of classic noir films.

Spider-Man Noir was a featured character in 2018’s Into the Spider-Verse film, as voiced by the incomparable Nic Cage, and quickly became a fan favorite (though he was already a favorite to comics readers for years prior).

Check out the Spider-Verse #5 preview below: 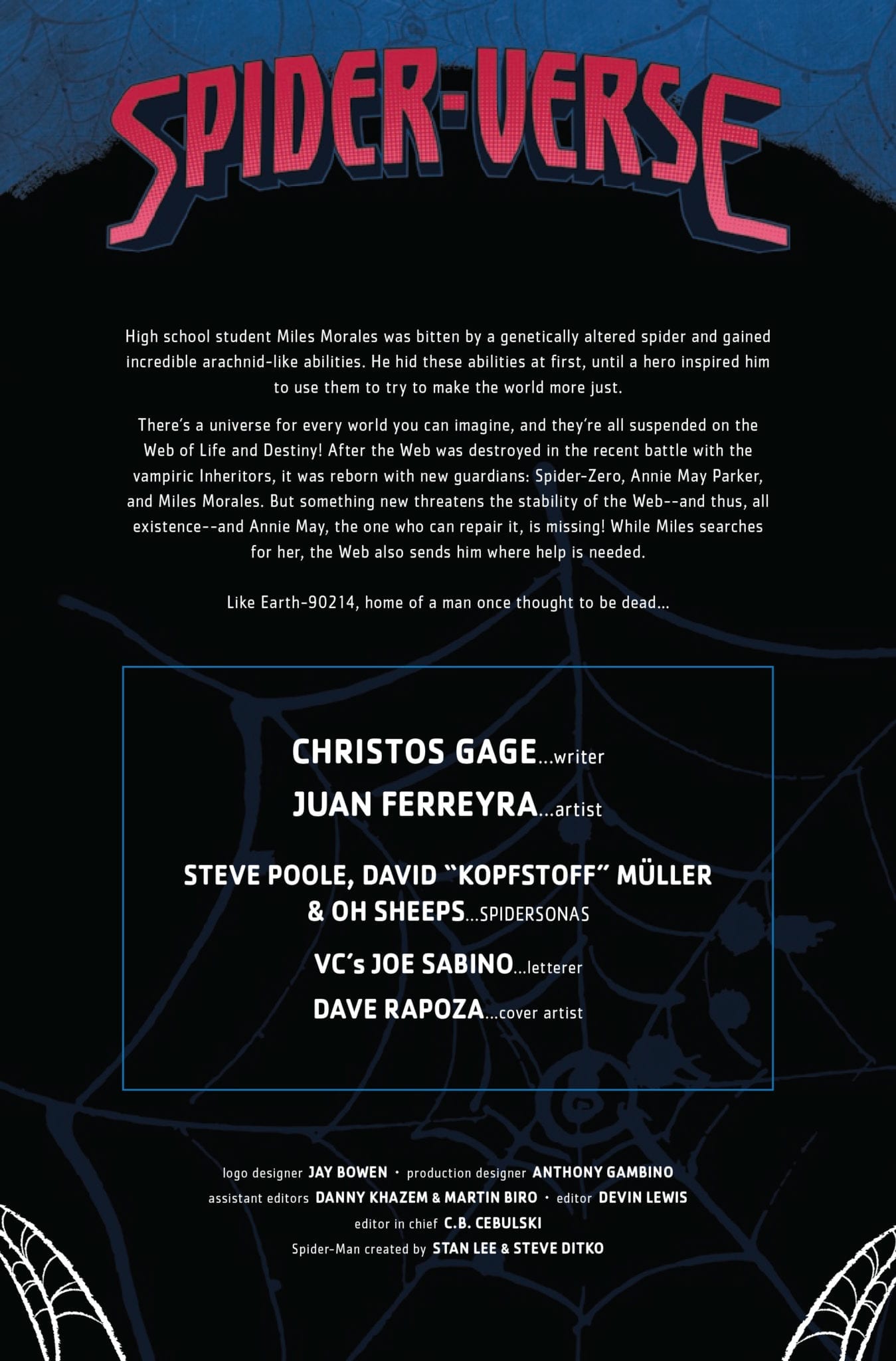 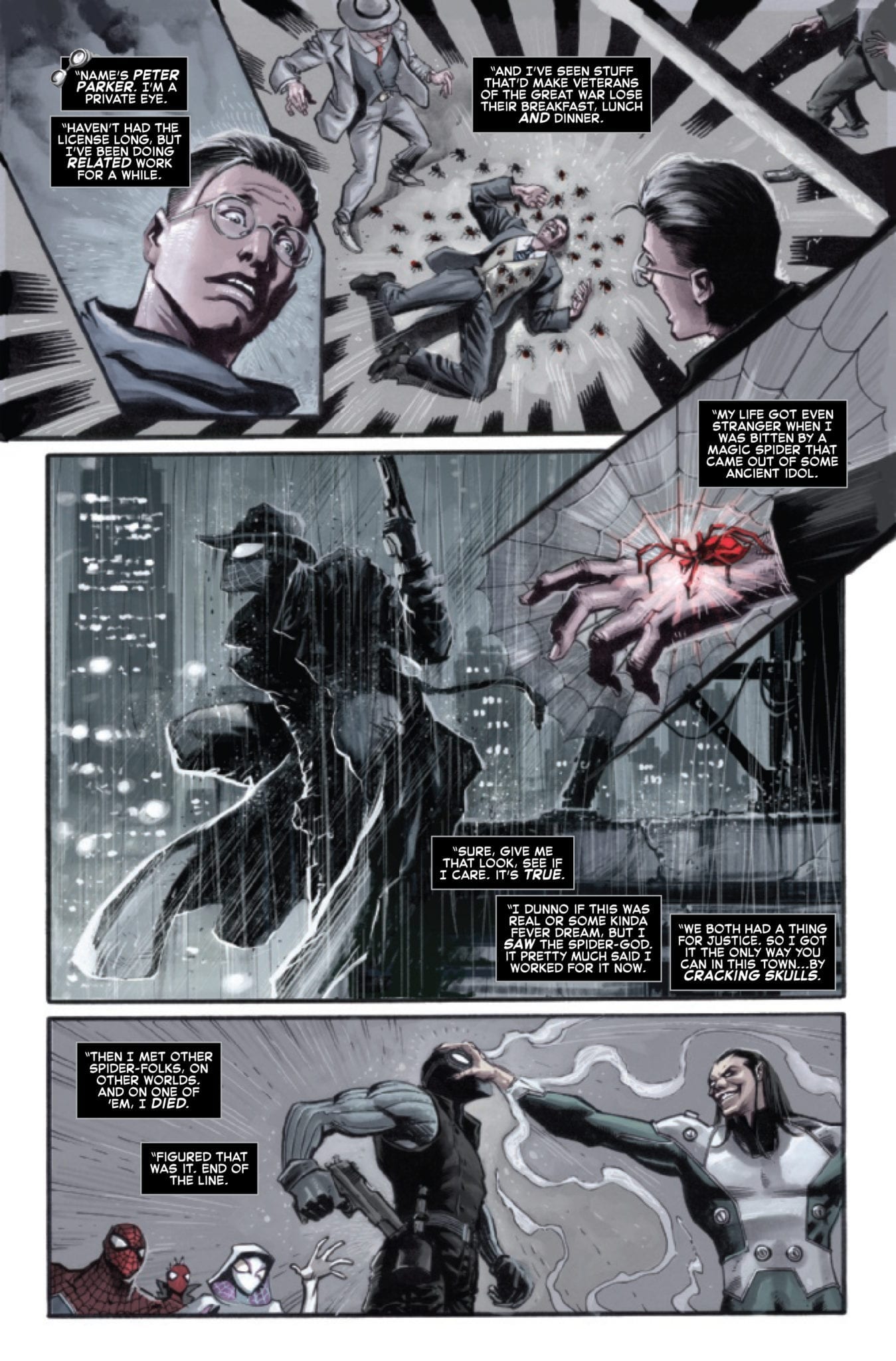 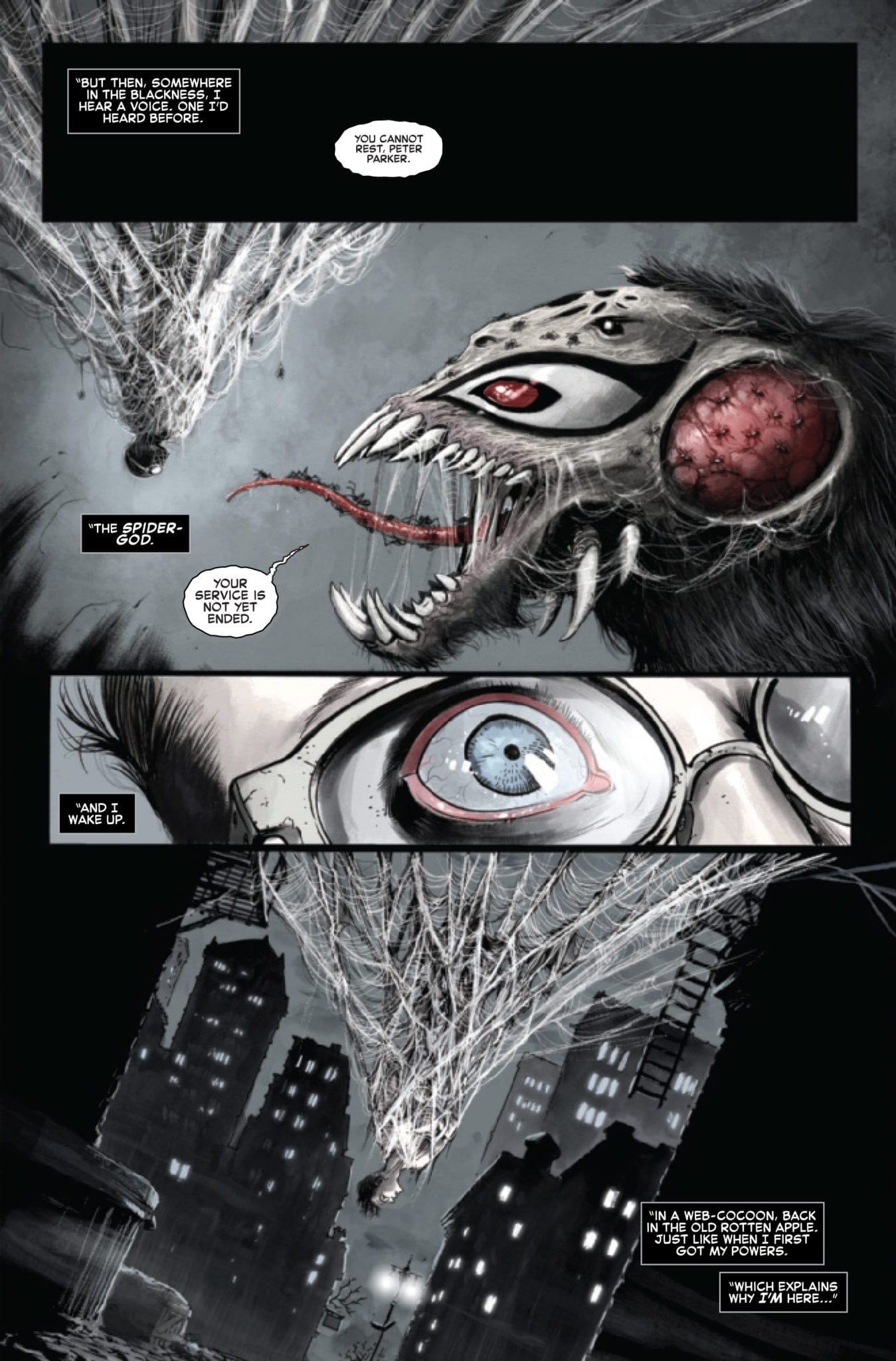 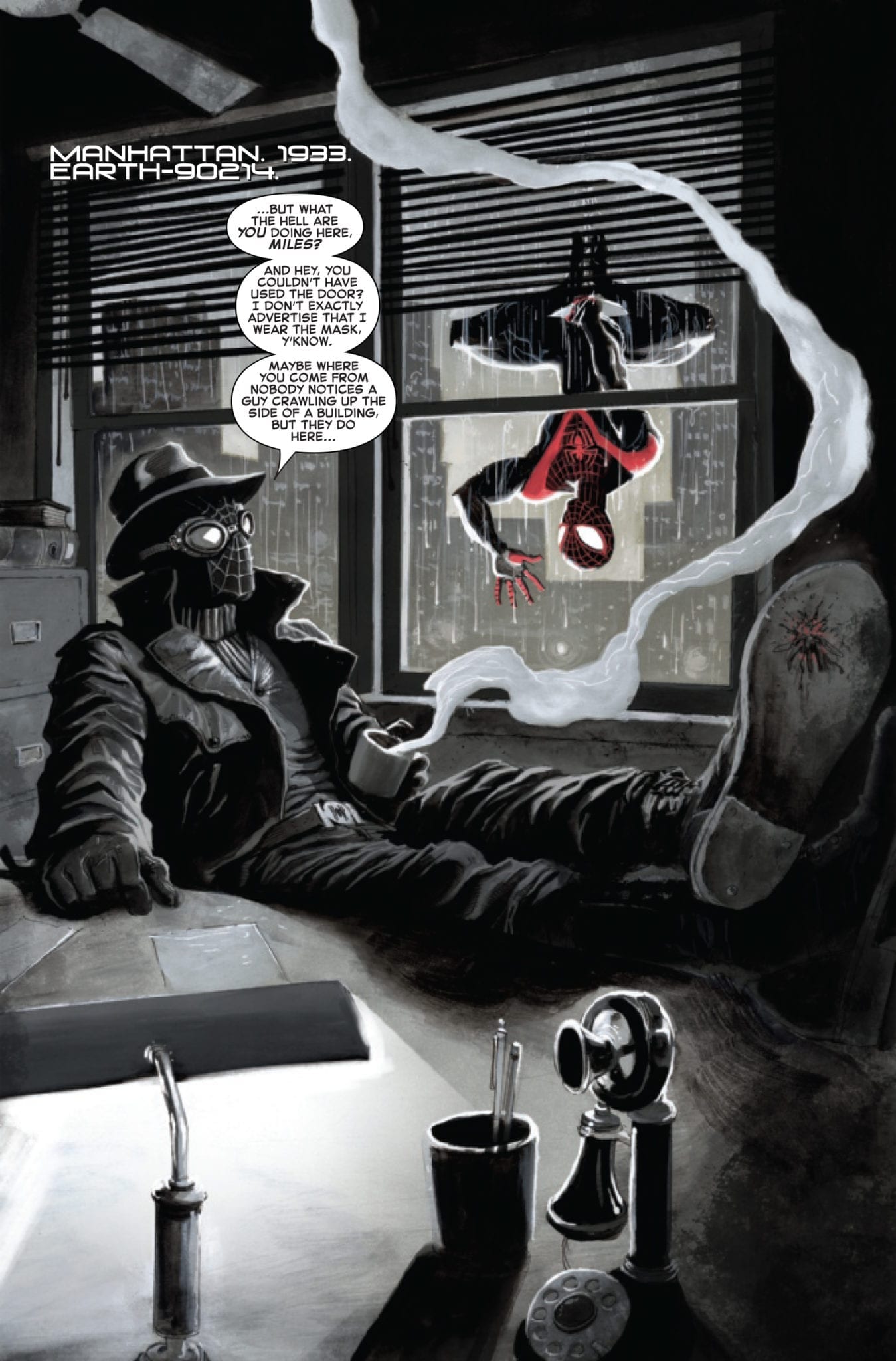 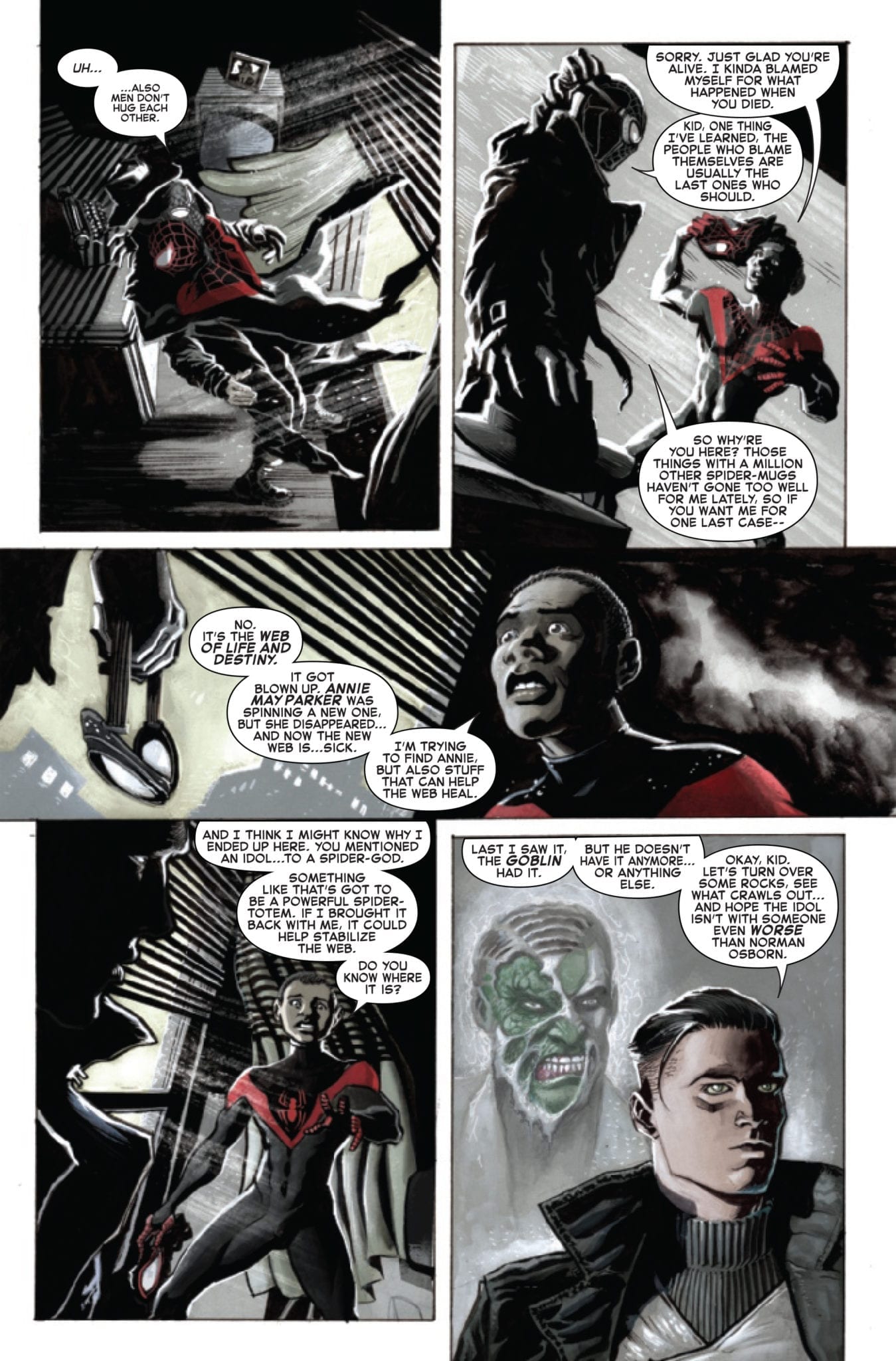 Are you reading Spider-Verse? Sound off in the comments below!