MOON KNIGHT: BLACK, WHITE & BLOOD #2 hits your local comic book store on June 15th, but thanks to Marvel Comics, Monkeys Fighting Robots has an exclusive four-page preview for you!

About the issue:
Another hard-hitting series of tales told in a limited palette of black, white and red, by today’s top creators! Benjamin Percy and Gerardo Zaffino have Moon Knight seek out an odd favor from Doctor Strange! Moon Knight’s four personalities come together to debrief the night’s events in a story by David Pepose and Leonardo Romero! And Marc Spector’s mercenary past comes back to haunt him in an adventure by Patch Zircher!

Check out the MOON KNIGHT: BLACK, WHITE & BLOOD #2 preview below: 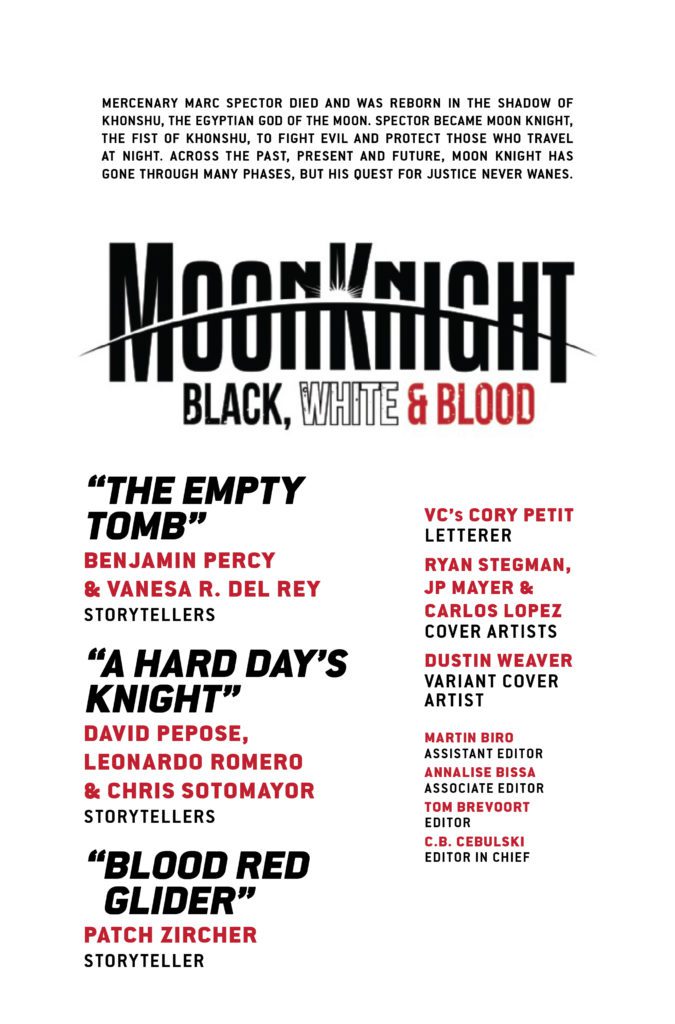 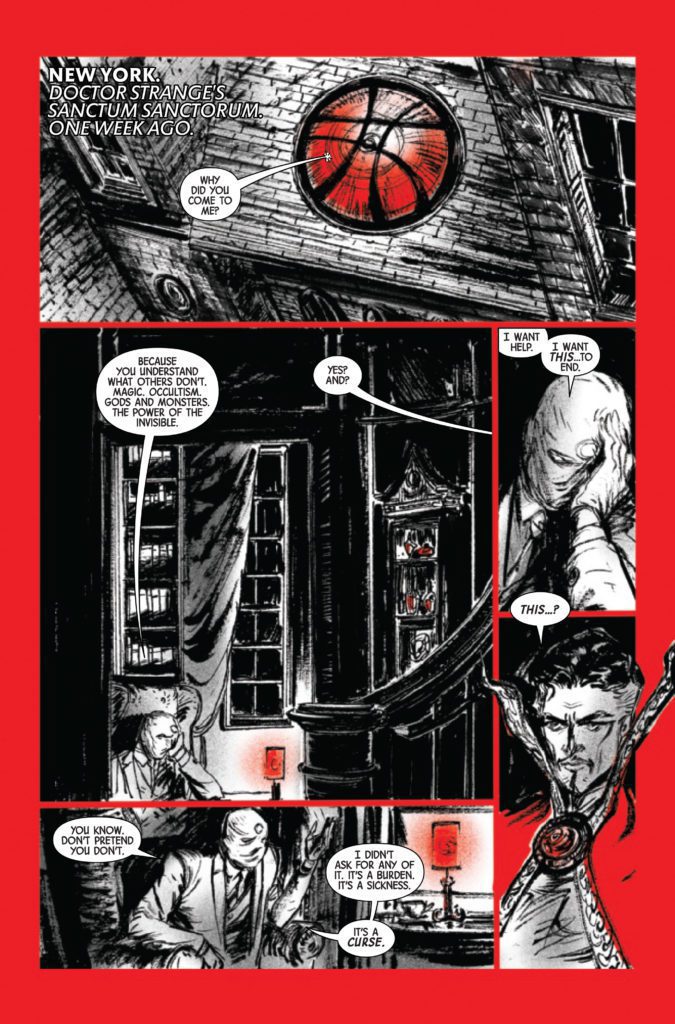 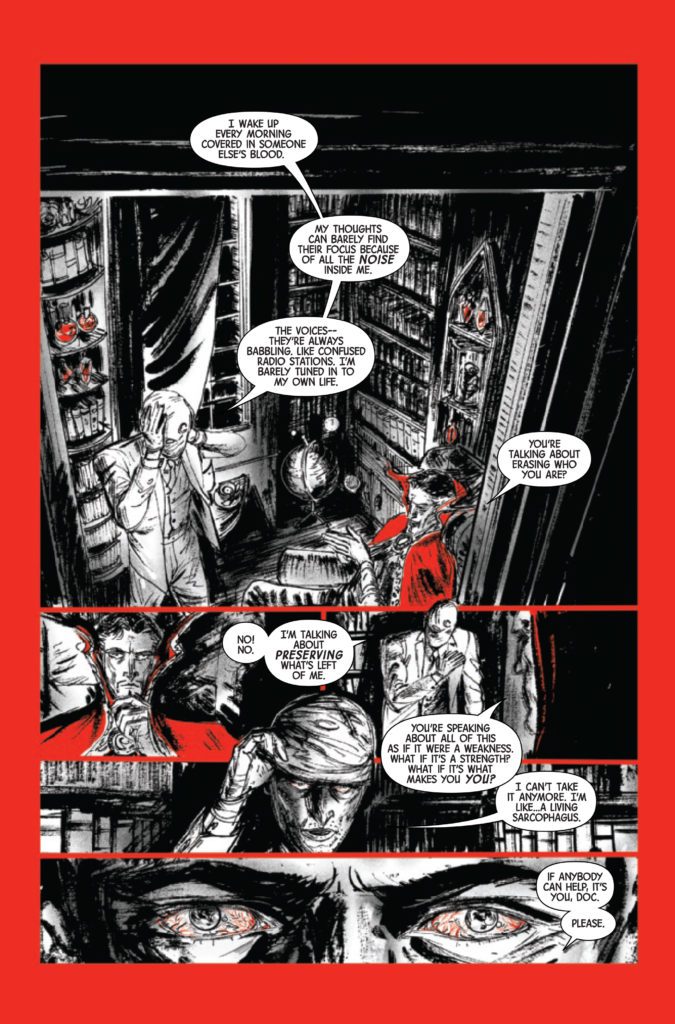 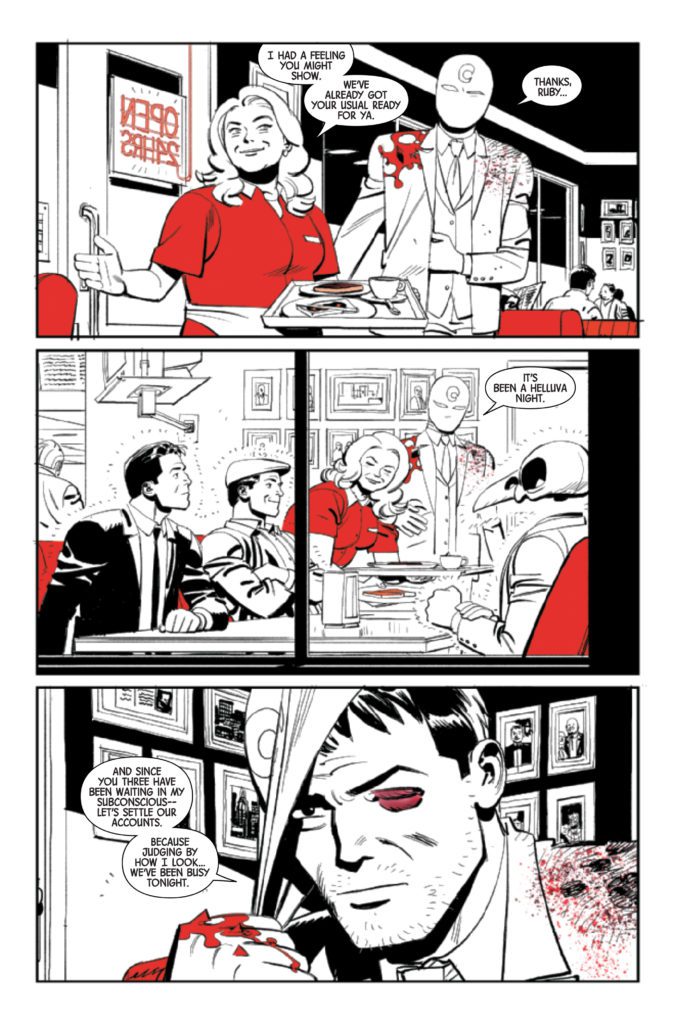 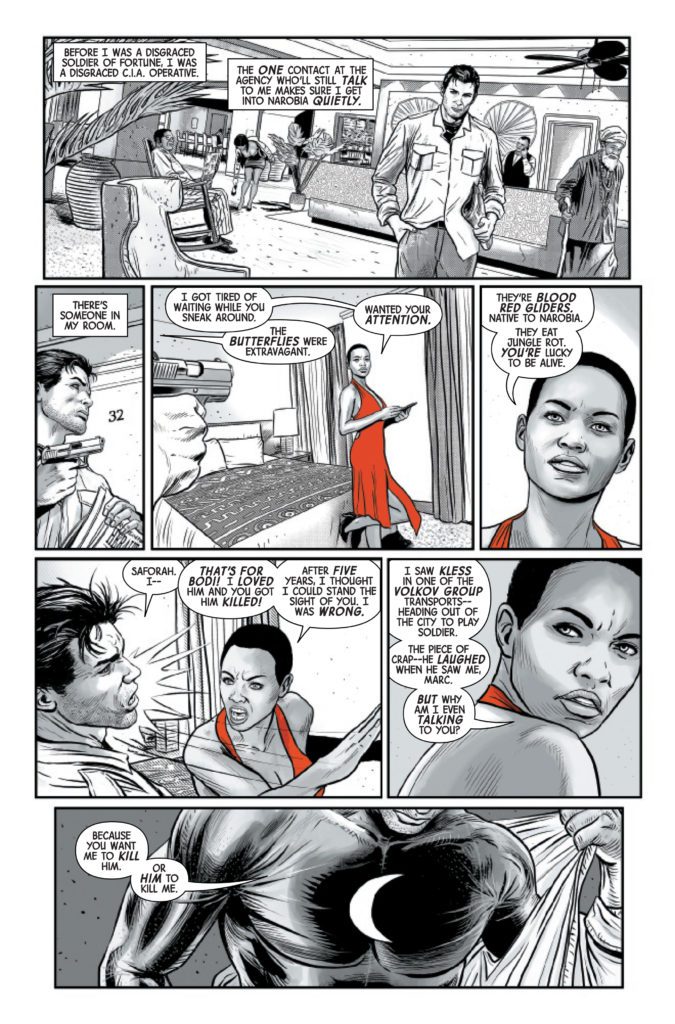 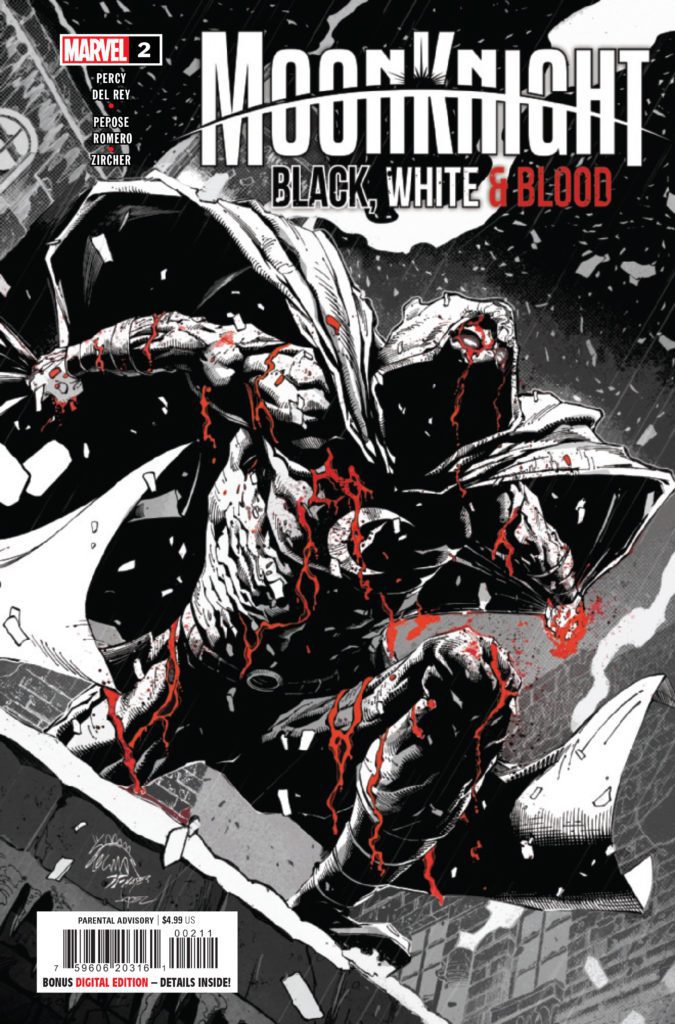 Did you pick up the first issue of MOON KNIGHT: BLACK, WHITE & BLOOD? Sound off in the comments!