KING IN BLACK: GHOST RIDER #1 hits your local comic book store March 31st, but thanks to Marvel Comics, Monkeys Fighting Robots has an exclusive four-page preview for you.

About the issue:
THE WAR FOR HELL’S THRONE MEETS THE KING IN BLACK!

All Ghost Rider wants is to destroy Mephisto, round up an army of escaped demons, and secure his seat on the throne of hell. Is that so much to ask? But now a dark god from space has shown up to throw the world into chaos, and some of Johnny’s old friends have come to ask for his help. It may take everything they’ve got to stop this madness. Maybe even…the devil himself?!

The issue is by writer Ed Brisson and artist Juan Frigeri, with colors by Jason Keith, and letters by Joe Caramagna. The main cover is by Will Sliney and Chris Sotomayor.

Read what Brisson had to say about KIB: GHOST RIDER:

“I miss writing Danny and Johnny, so was thrilled to get my mitts on Ghost Rider again. I think fans of what Aaron [Kuder], Juan and I did in our recent series will be thrilled with this one shot, which will answer all of the questions they’ve been asking since it ended. Doing it all with backdrop of such an explosive event is the icing on the cake.“

Check out the KING IN BLACK: GHOST RIDER #1 preview below: 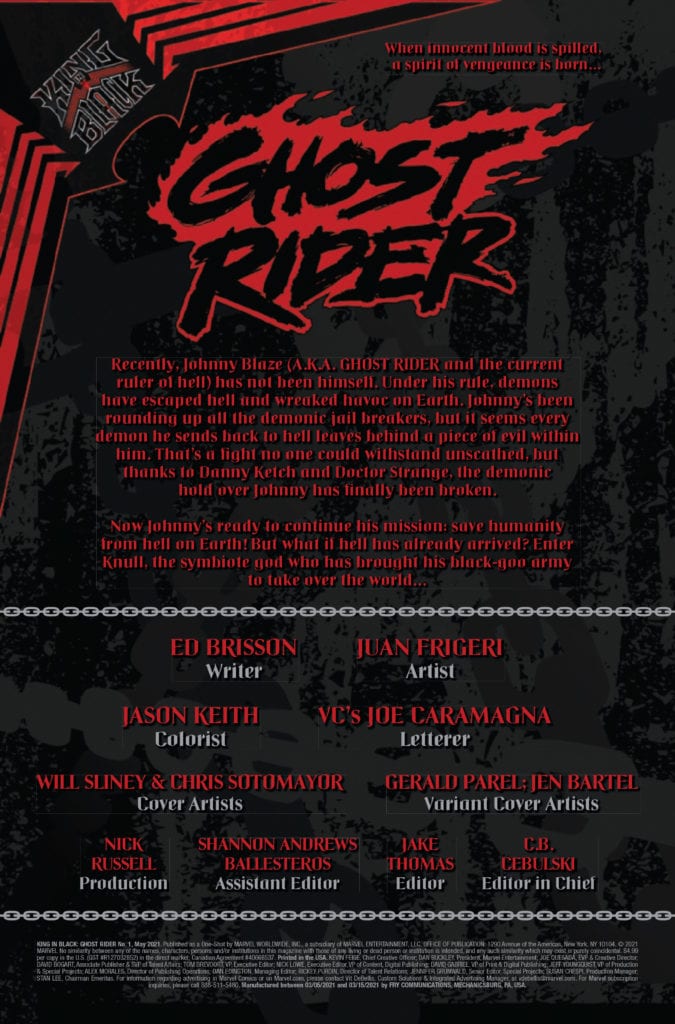 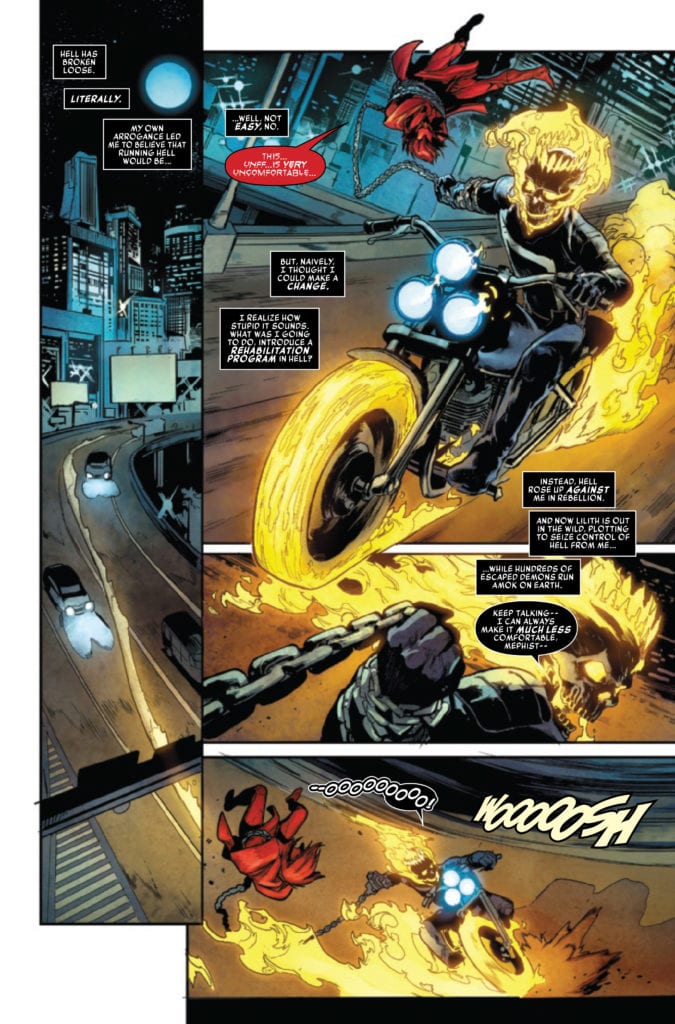 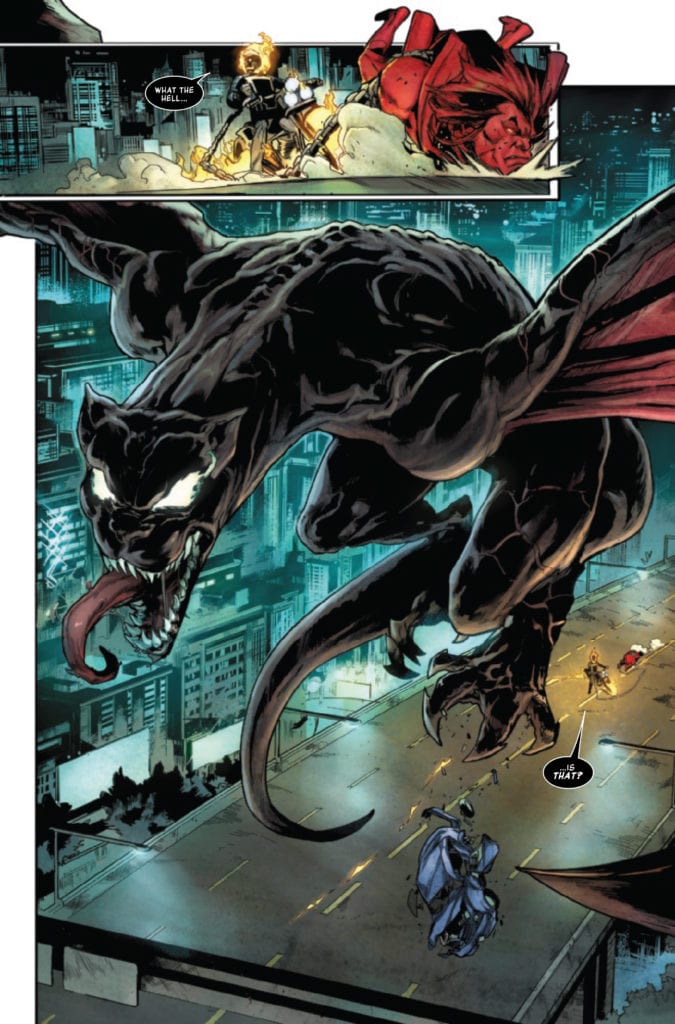 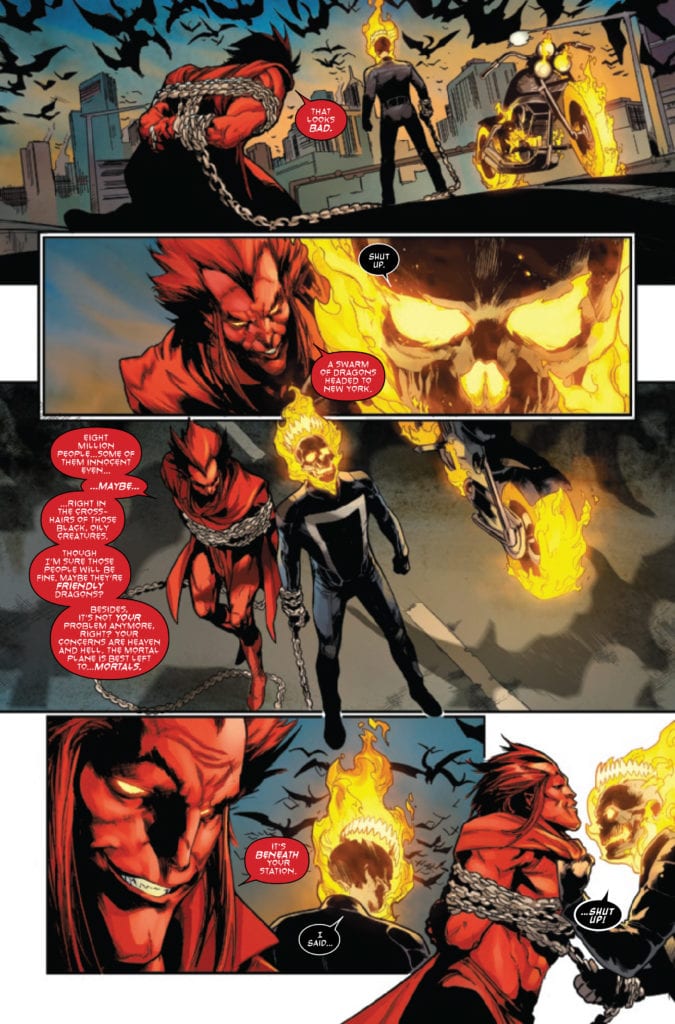 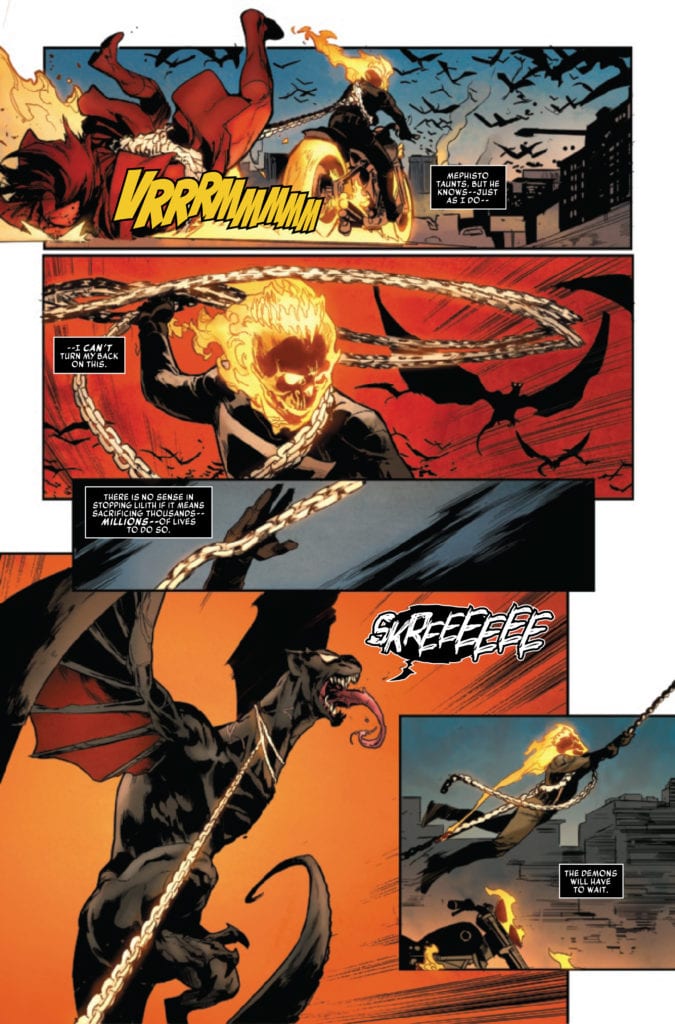 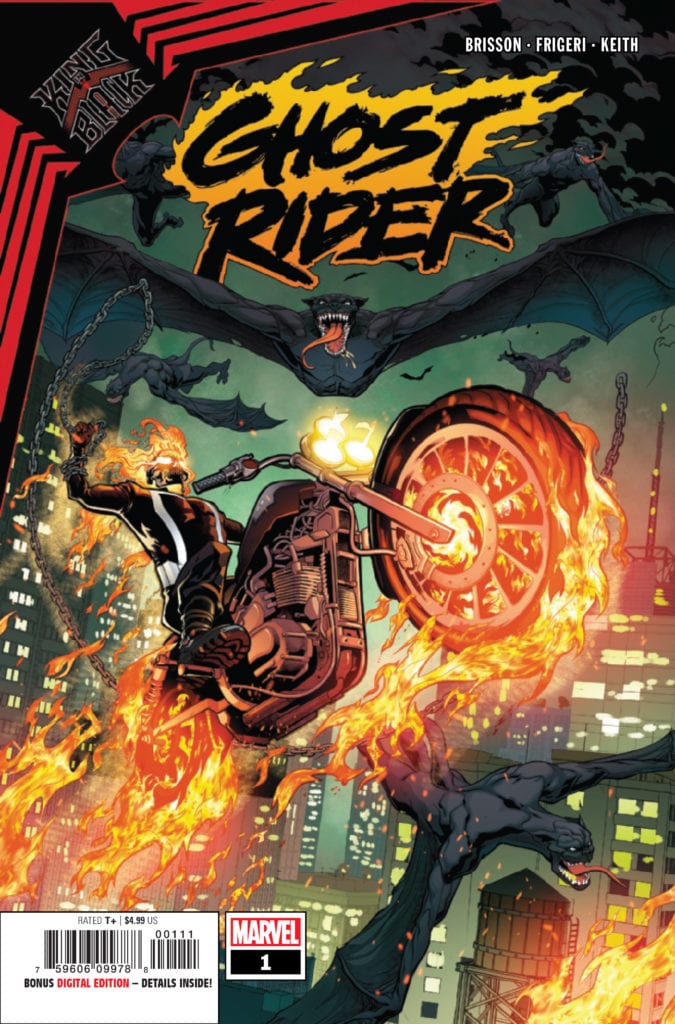 What has been your favorite KING IN BLACK title so far? Sound off in the comments!