KANG THE CONQUEROR #2 (OF 5) hits your local comic book store September 15th, but thanks to Marvel Comics, Monkeys Fighting Robots has an exclusive four-page preview for you.

About the issue:
A young, rebellious and idealistic Kang finds himself in Ancient Egypt, where an older version of himself is ruling with an iron fist as the pharaoh Rama-Tut. When the Moon Knight draws young Kang into a battle against his future self, tragedy strikes. But will it knock Nathaniel off the course of his destiny or lock him into one path forever?

The issue is by writers Jackson Lanzing & Collin Kelly, and artist Carlos Magno, with colors by Espen Grundetjern, and letters by Joe Caramagna. The main cover is by Mike Del Mundo.

Kang has been a major Marvel villain dating back to 1964. He is poised to be the next big bad of the Marvel Cinematic Universe, as played by Jonathan Majors. He first appeared in the season final of Loki, and is set to make his film debut in 2023’s Ant-Man and the Wasp: Quantumania (unless he makes a surprise appearance elsewhere first).

Check out the KANG THE CONQUEROR #2 preview below: 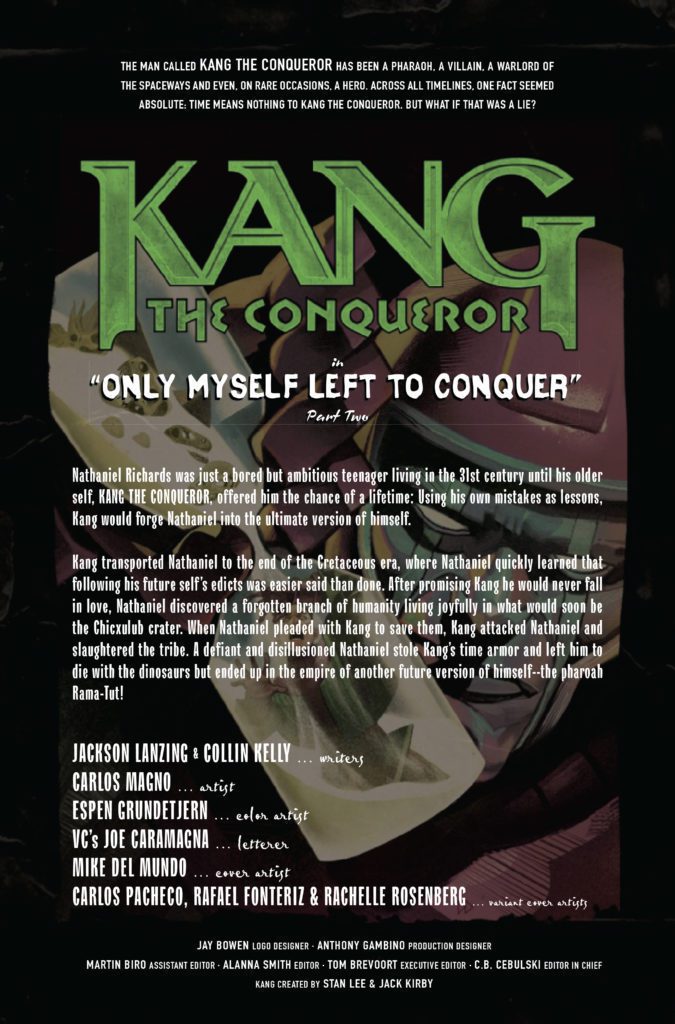 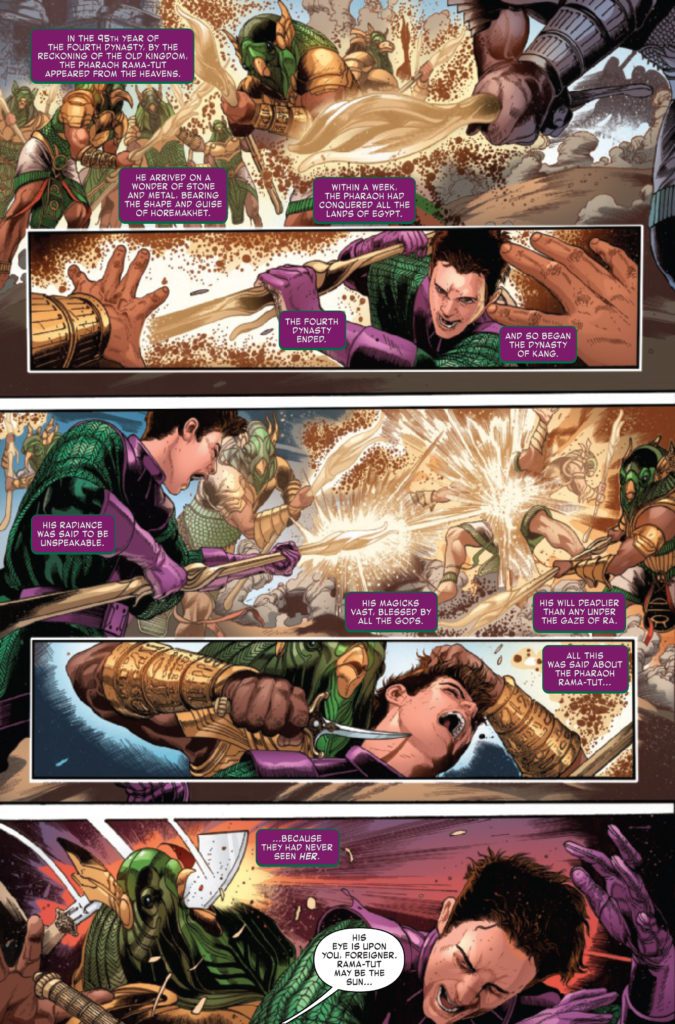 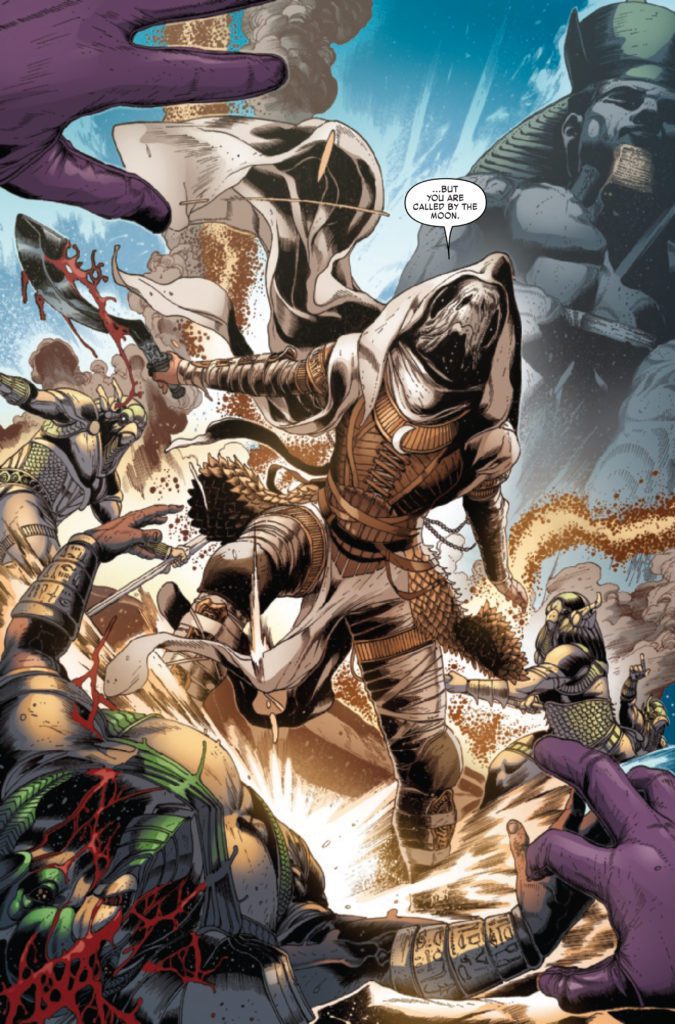 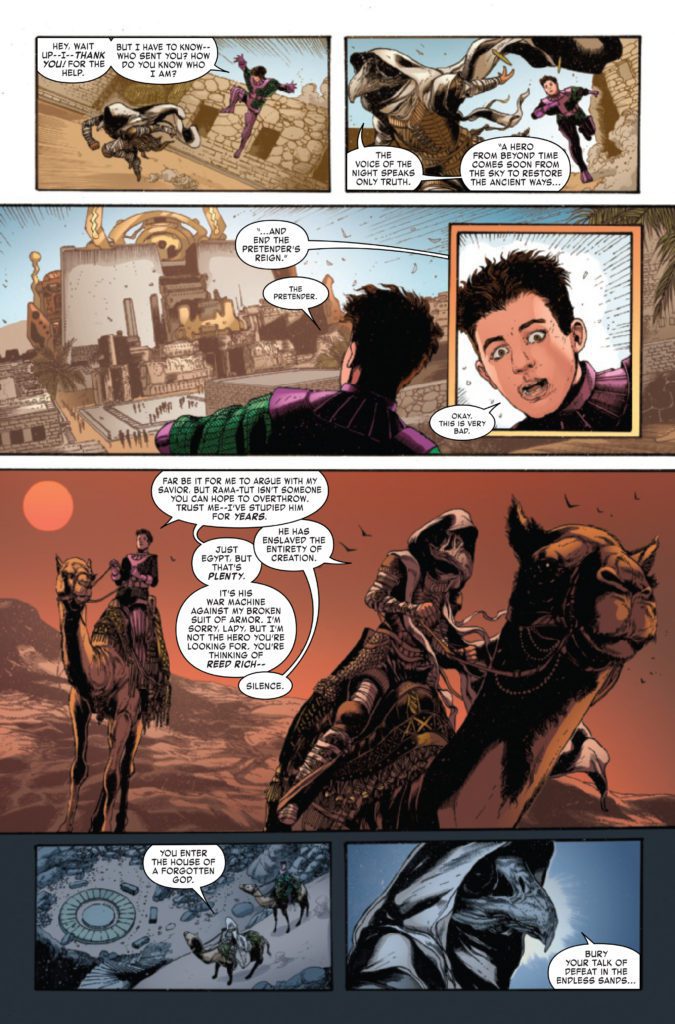 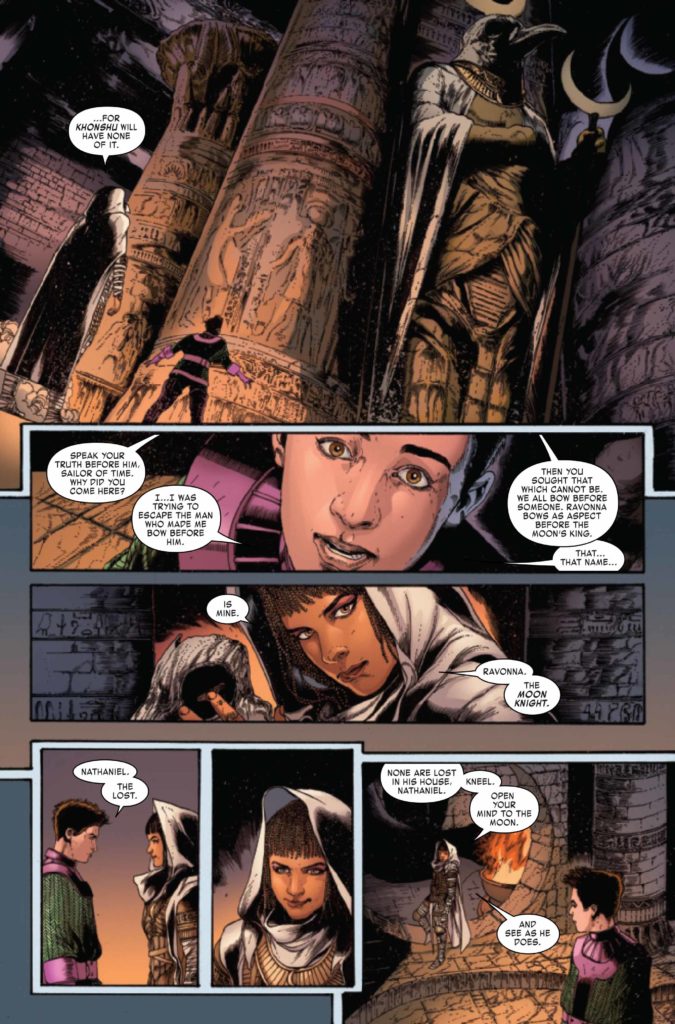 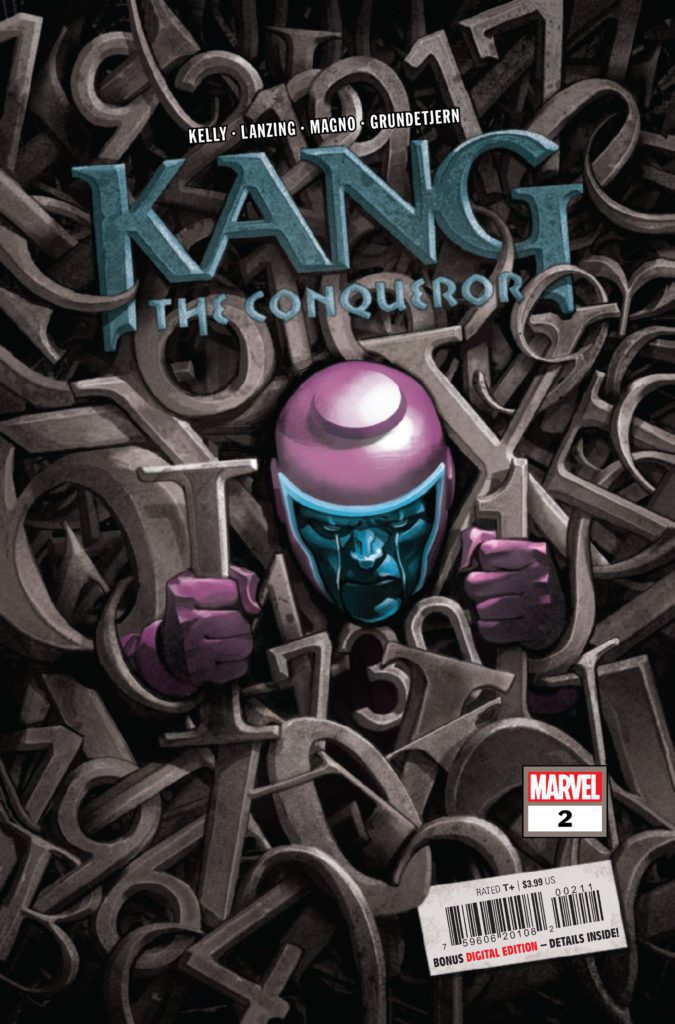 What Marvel Comics villain do you want to see get their own solo title? Sound off in the comments!