IMMORTAL HULK: FLATLINE #1 hits your local comic book store February 17th, but thanks to Marvel Comics, Monkeys Fighting Robots has an exclusive five-page preview for you.

About the issue:
Declan Shalvey writes and draws an IMMORTAL HULK tale that gets to the heart of gamma! Every morning, Bruce Banner wakes up in a new place. The Hulk is trying to tell him something – but Bruce has had enough of his green-veined alters. When a new gamma-powered villain shows up in a small New Mexico town, Bruce is forced to confront the source of his anger… and it’s not what you expect. Don’t miss an extraordinary tale from one of the industry’s top talents!

As stated in the solicit text, IMMORTAL HULK: FLATLINE #1 is by writer/artist Declan Shalvey. It’s the latest in a series of IMMORTAL HULK one-shots that act as supplements to the main series. Previous one-shots include IMMORTAL HULK: GREAT POWER by Tom Taylor and Jorge Molina and IMMORTAL HULK: THE THRESHING PLACE by Jeff Lemire and Mike Del Mundo.

Check out the IMMORTAL HULK: FLATLINE #1 preview below: 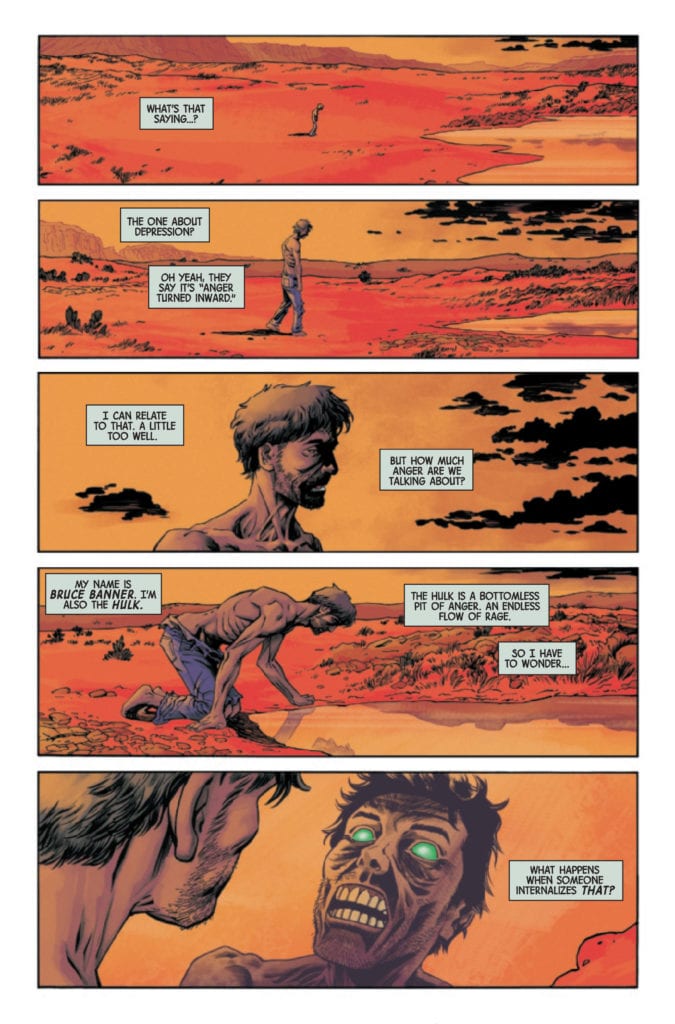 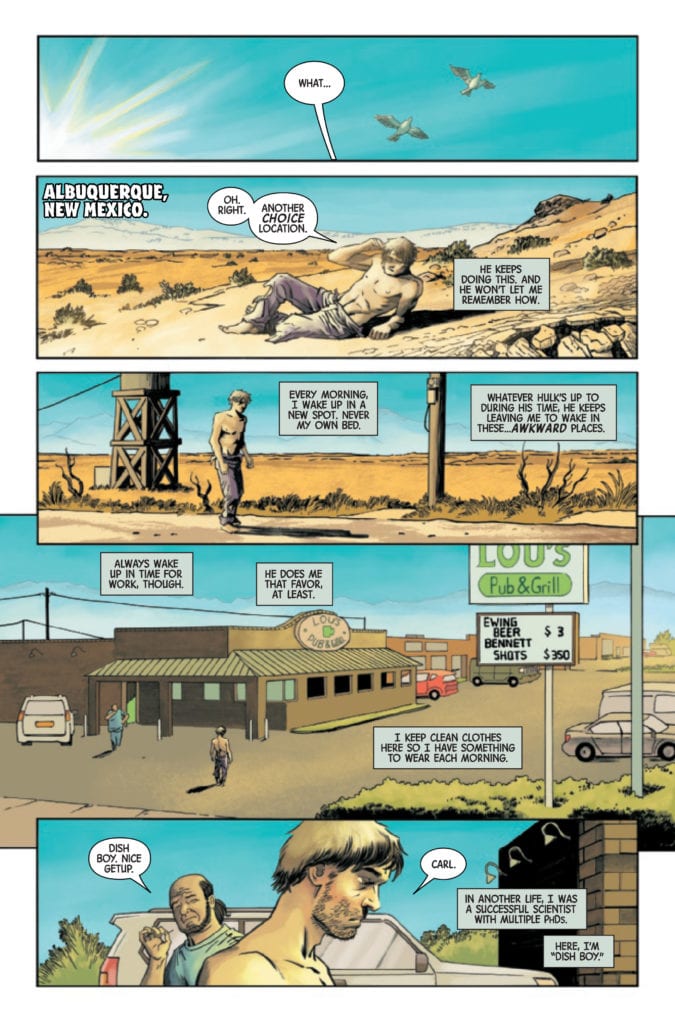 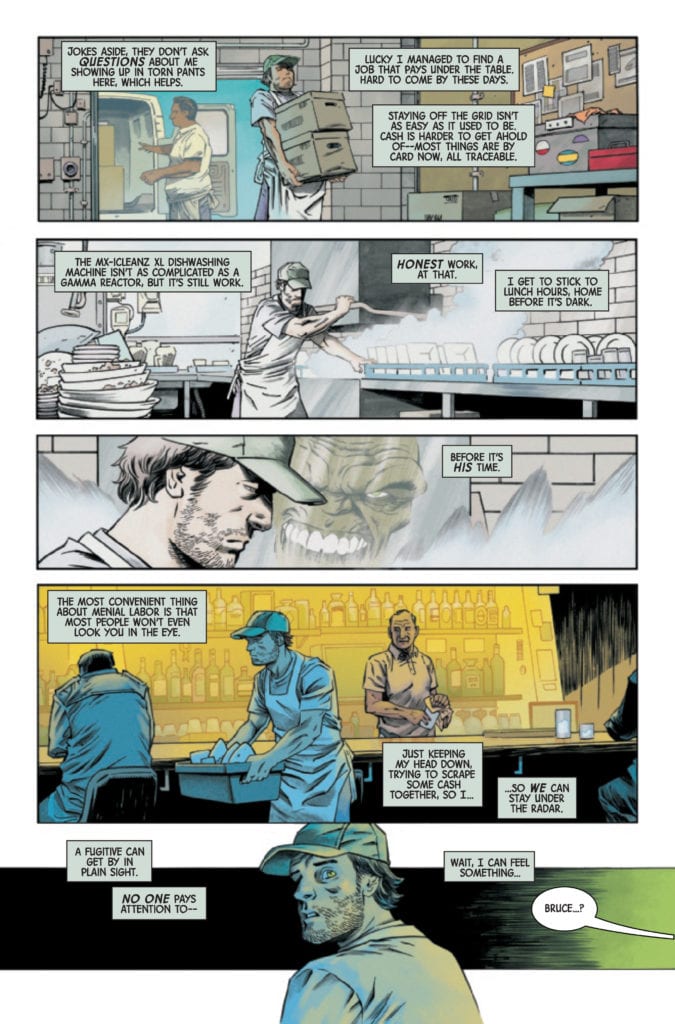 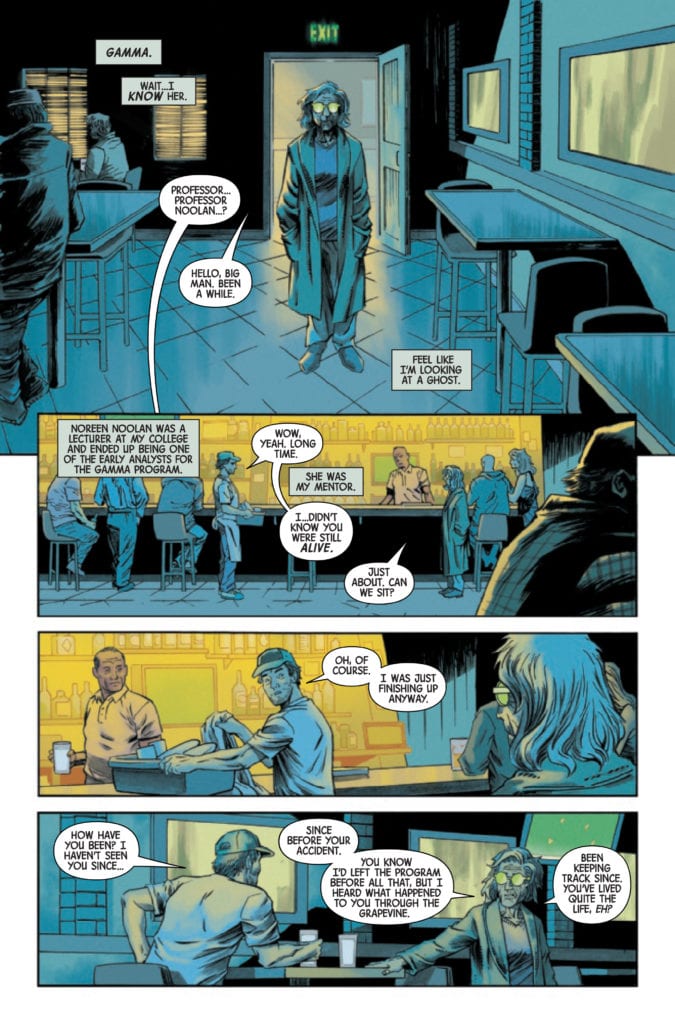 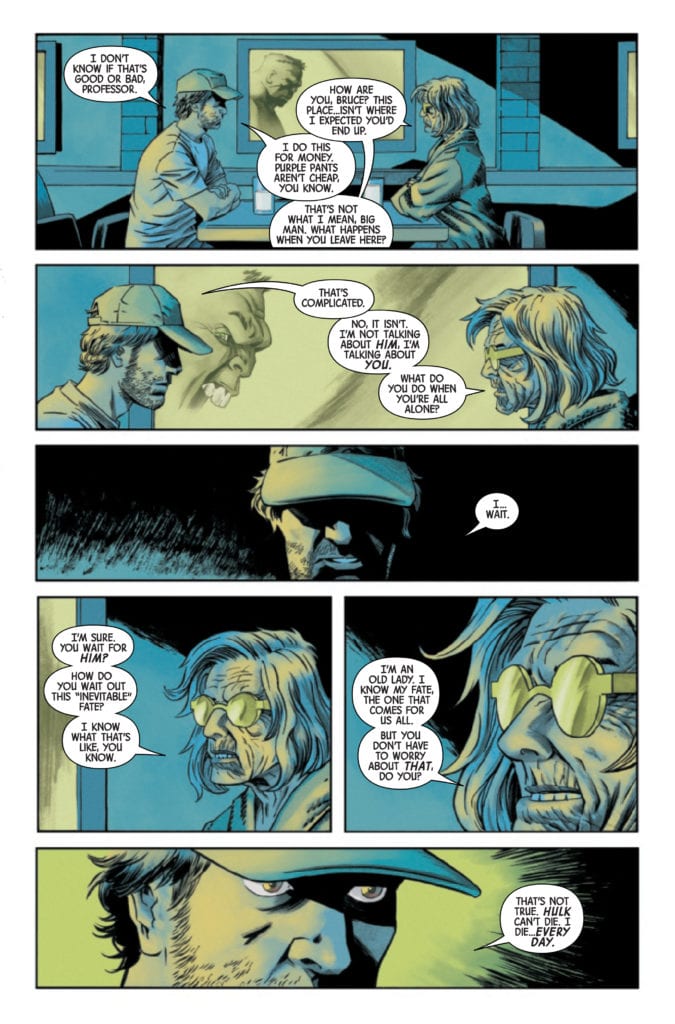 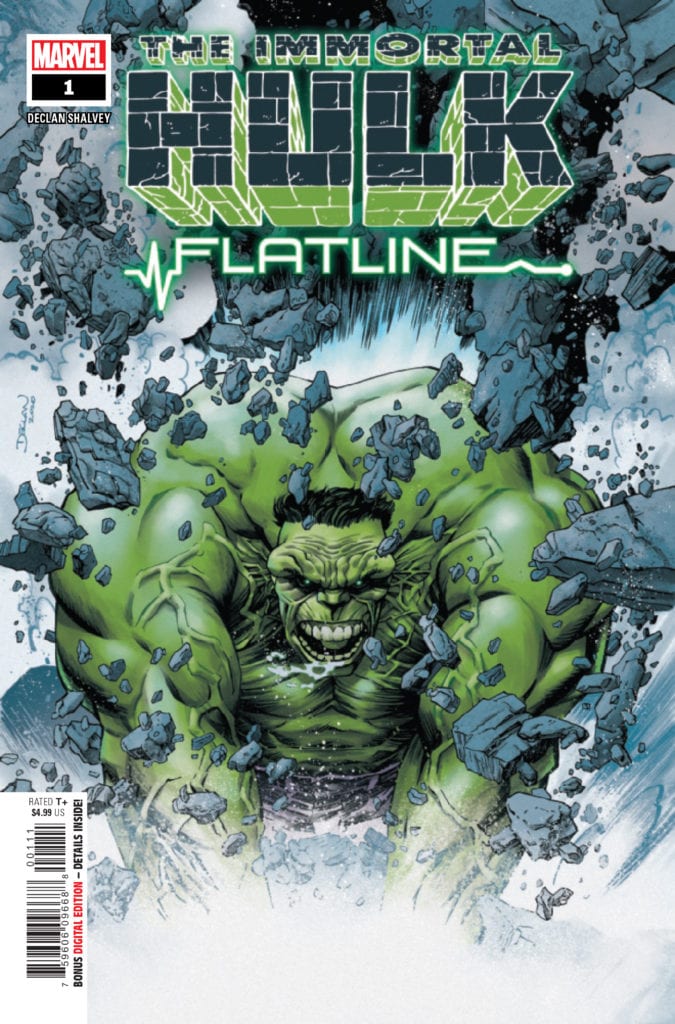 What’s been your favorite IMMORTAL HULK one-shot so far? Sound off in the comments!