GAMMA FLIGHT #1 hits your local comic book store June 23rd, but thanks to Marvel Comics, Monkeys Fighting Robots has an exclusive 4-page preview for you.

About the issue:
SPINNING OUT OF IMMORTAL HULK, BRUCE BANNER’S GAMMA-POWERED ALLIES GO ON THE RUN! Gamma Flight had one job: Find and stop the Hulk. But when push came to smash, they sided with the Green Goliath-and the human world intends to make them regret it. Puck, Absorbing Man, Titania, Doc Sasquatch, Dr. Charlene McGowan and a horribly changed Rick Jones are fugitives from every known authority-but a team that full of gamma is bound to break before long. Al Ewing, Crystal Frasier and Lan Medina mastermind a whole new world of gamma!

The issue is by writers Al Ewing & Crystal Frasier and artist Lan Medina, with colors by Antonio Fabela, and letters by Joe Sabino. The main cover is by Leinil Francis Yu and Sunny Gho.

As the solicit info states, GAMMA FLIGHT is a spin-off of Marvel’s Eisner-nominated IMMORTAL HULK, which is coming to a close with issue 50 this September.

Check out the GAMMA FLIGHT #1 preview below: 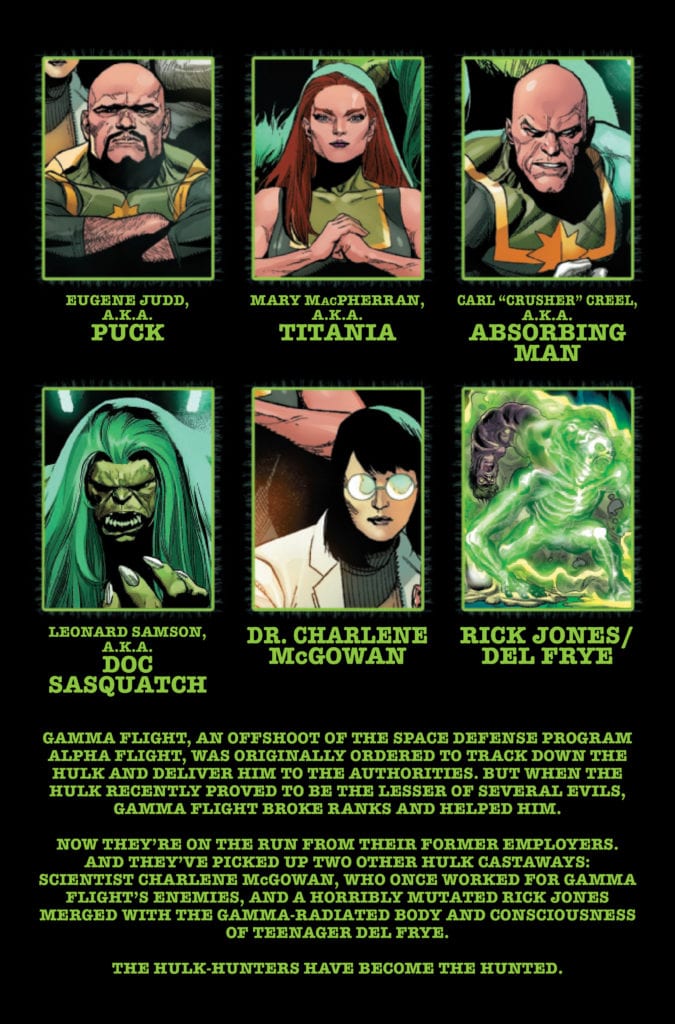 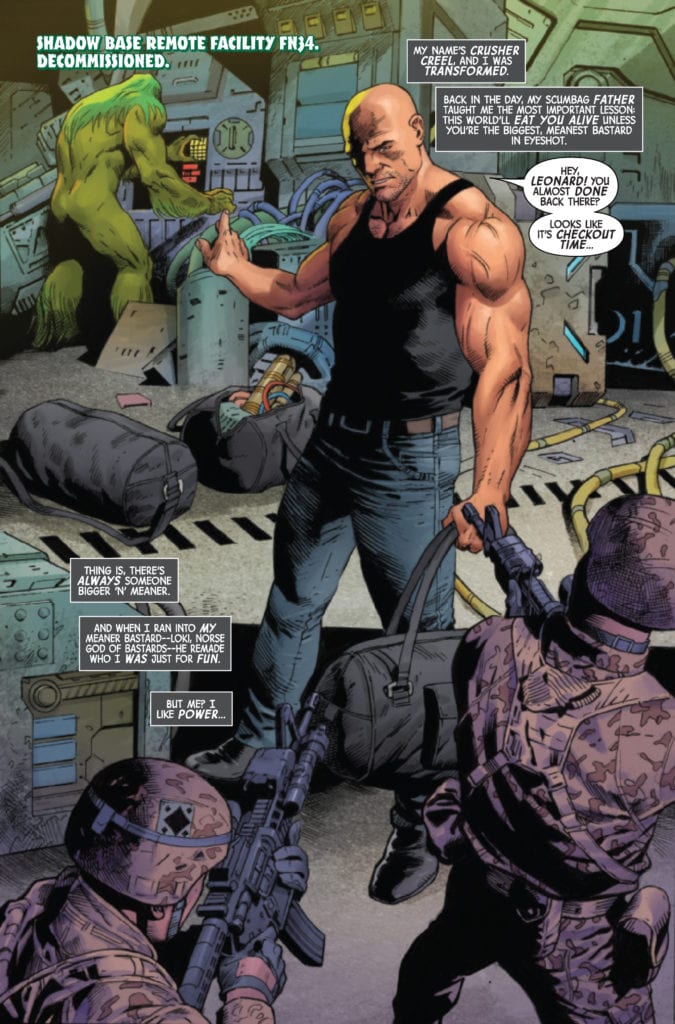 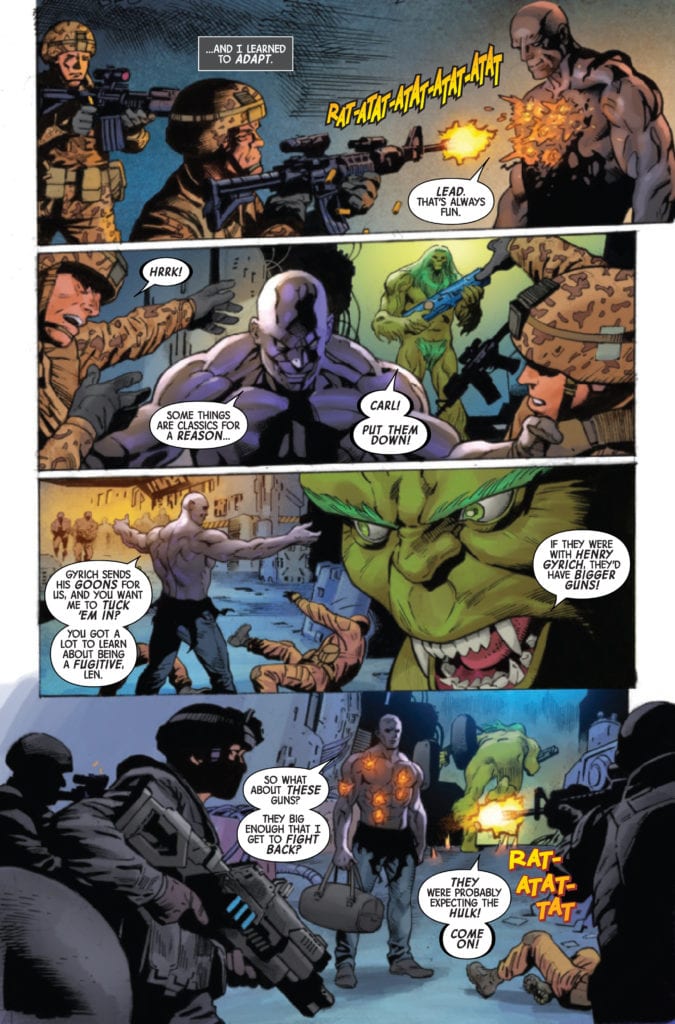 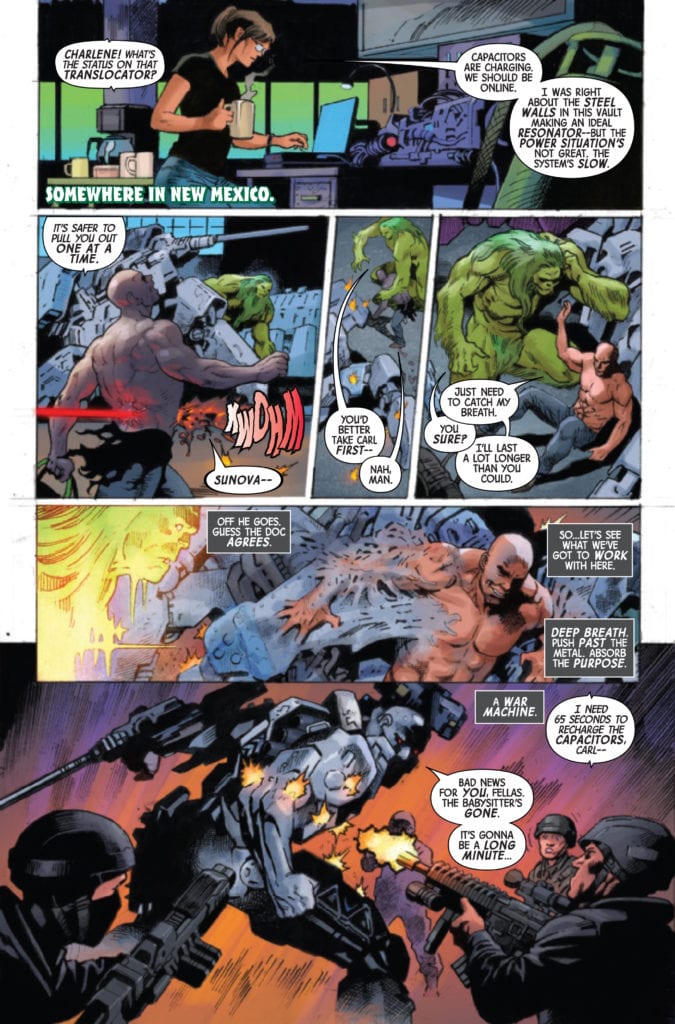 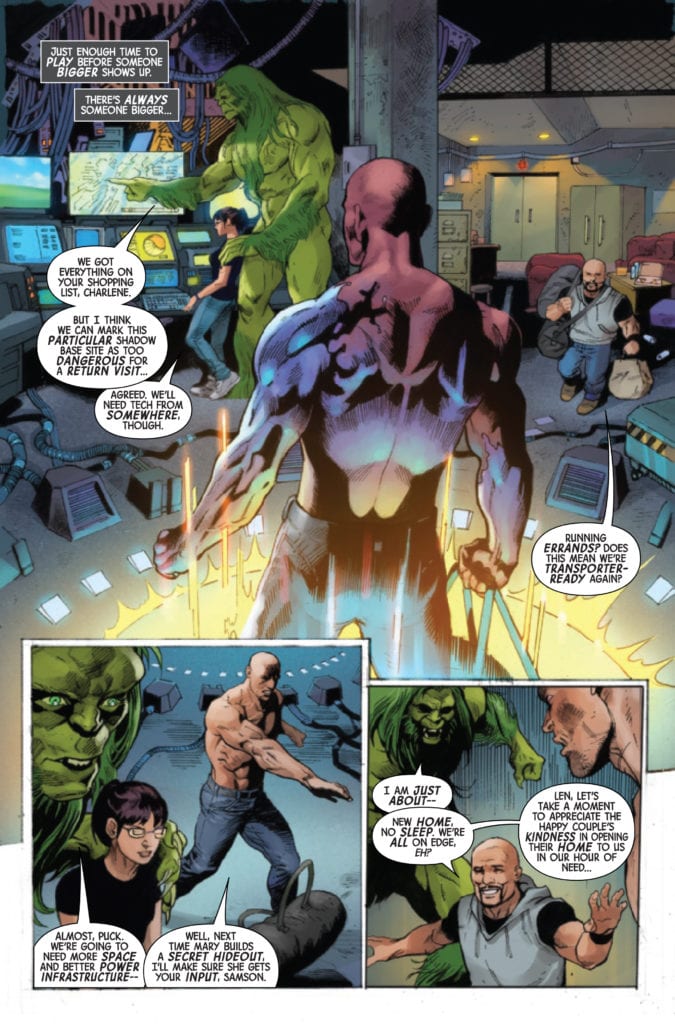 Are you excited for GAMMA FLIGHT? Sound off in the comments!