CONAN: BATTLE FOR THE SERPENT CROWN #5 hits your local comic book store September 16th, but thanks to Marvel Comics, Monkeys Fighting Robots has an exclusive four-page preview for you.

About the issue:
MEPHISTO TRIUMPHANT?! The trail leading to the SERPENT CROWN has brought MEPHISTO’s ultimate goal within reach! As CONAN makes his last-ditch effort to stake his claim on the treasure, NYLA SKIN makes a daring move! But will the Serpent Crown’s newly revealed secret doom Conan to a fate undreamed of?

CONAN: BATTLE FOR THE SERPENT CROWN #5 is by writer Saladin Ahmed and artist Luke Ross, with colors by Nolan Woodward, and letters by Travis Lanham. The cover is by Mahmud Asrar and Marcio Menyz.

This is the concluding chapter of the five-issue miniseries. The issue also comes with a parental advisor due to mature content.

Check out the CONAN: BATTLE FOR THE SERPENT CROWN #5 preview below: 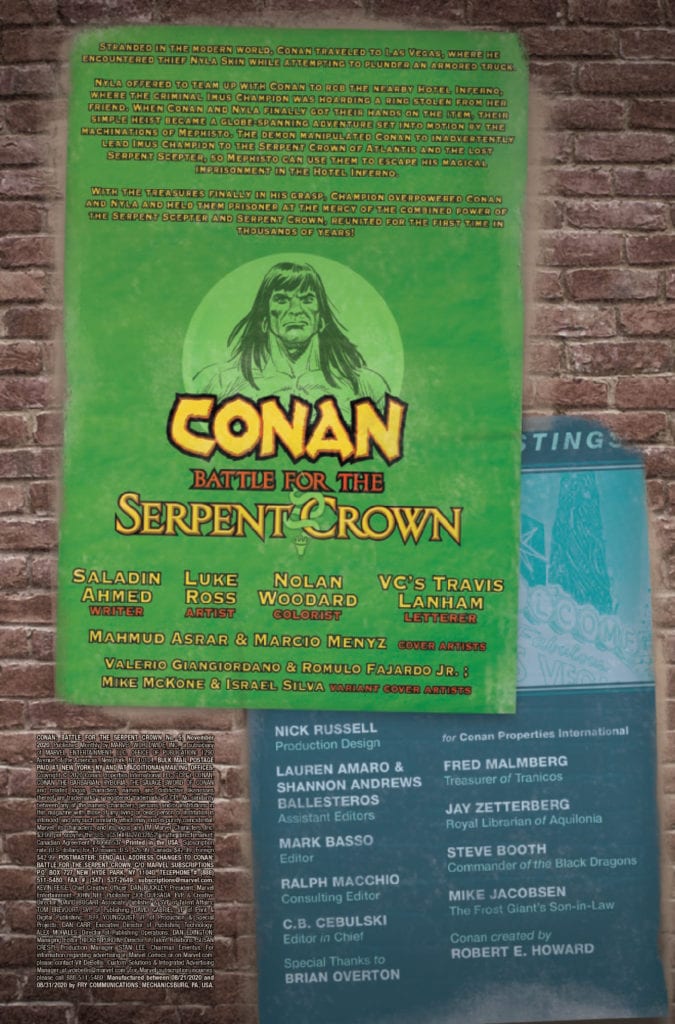 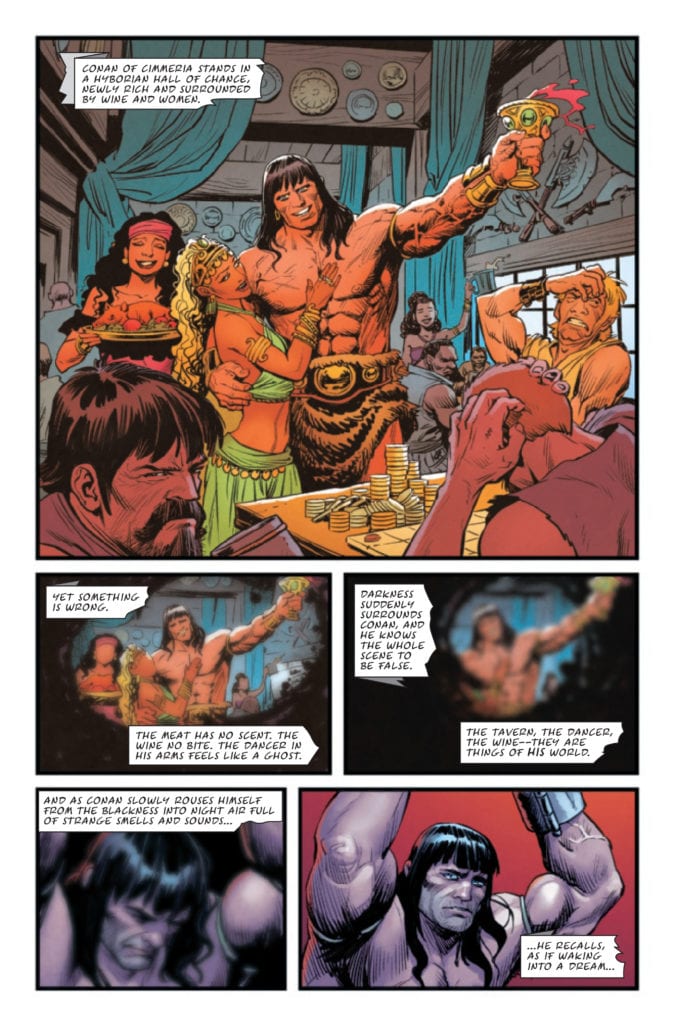 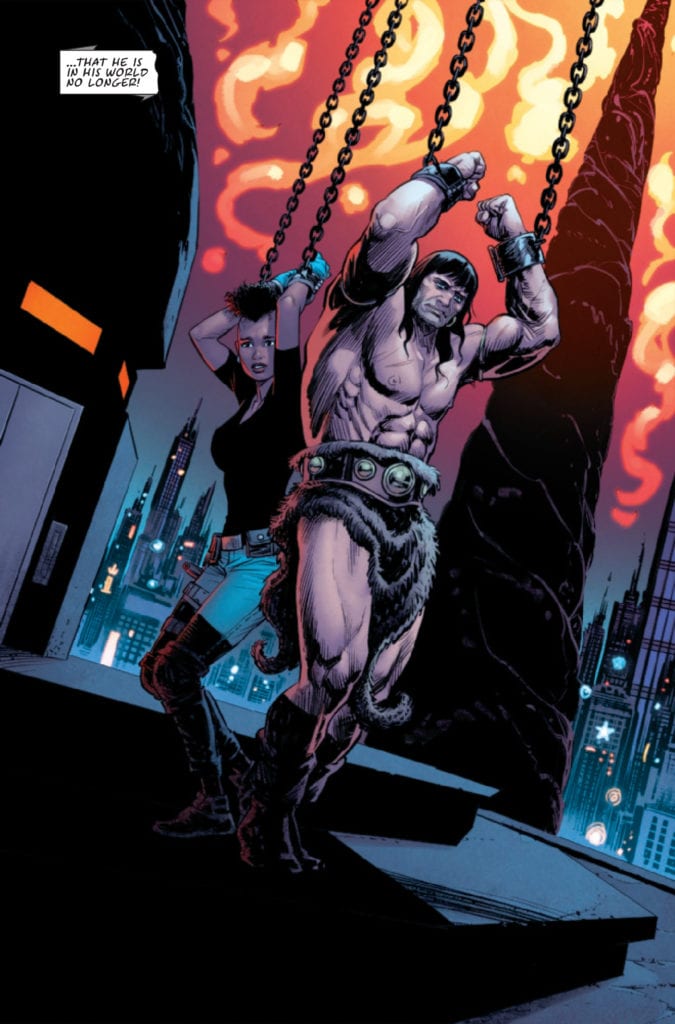 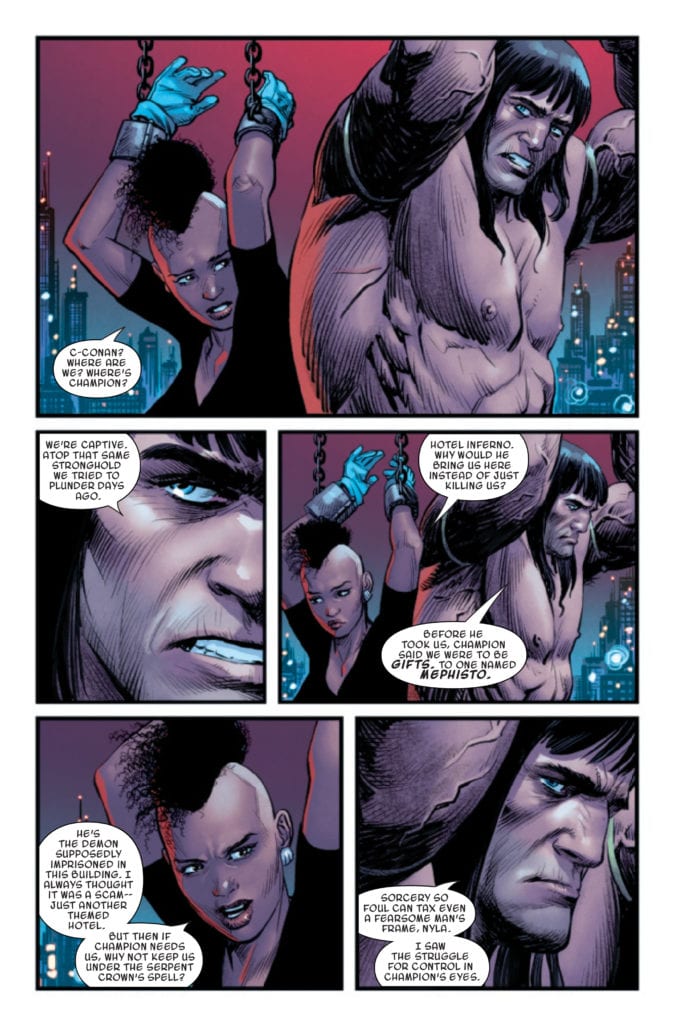 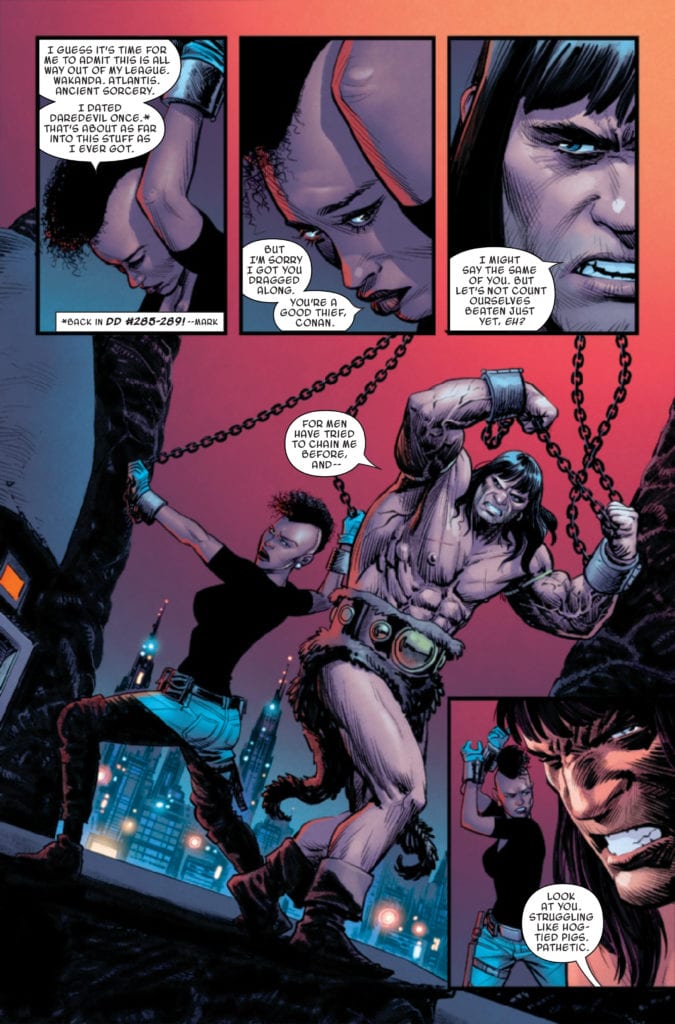 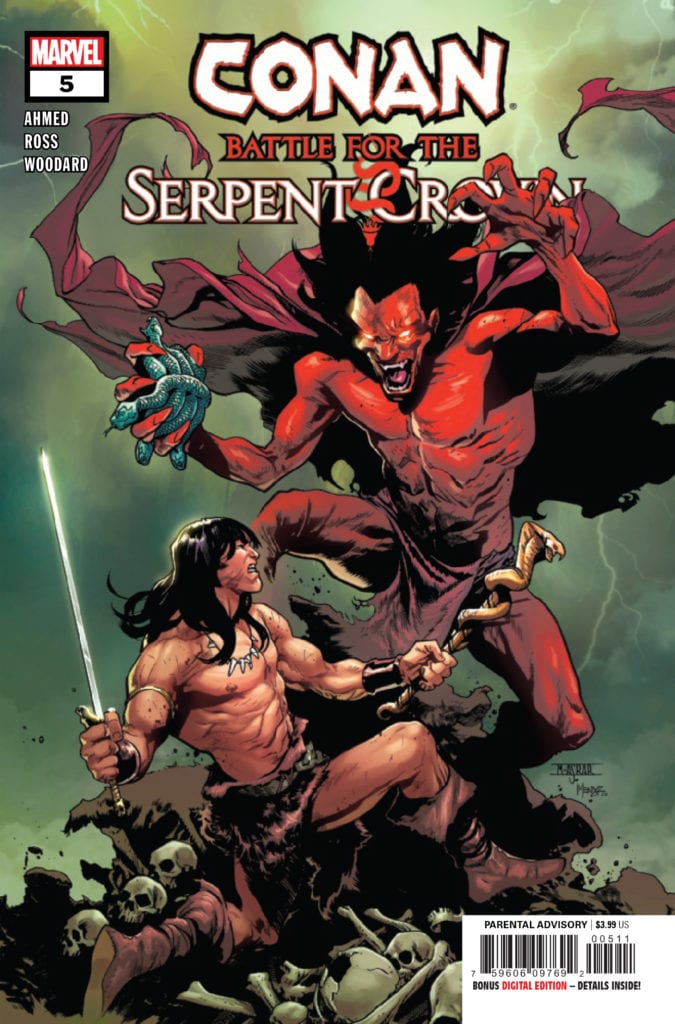 What’s your favorite CONAN book that Marvel has put out since reacquiring the license? Sound off in the comments!