Amazing Spider-Man #33 hits your local comic book store November 6th, but thanks to Marvel Comics, Monkeys Fighting Robots has an exclusive five-page preview for you.

THE FUTURE IS IN PERIL! Miguel O’Hara’s mysterious return to the present threatens his life and his entire future. But why?

As for OUR time’s Spider-Man, he’s got his hands full with classic villains, family problems and international incidents that intertwine in terrifying ways!

Amazing Spider-Man #33 is by writer Nick Spencer and artist Patrick Gleason (drawing for Marvel after spending the last 19 years working exclusively for the Distinguished Competition), with colors by Matt Wilson and letters by Joe Caramagna. 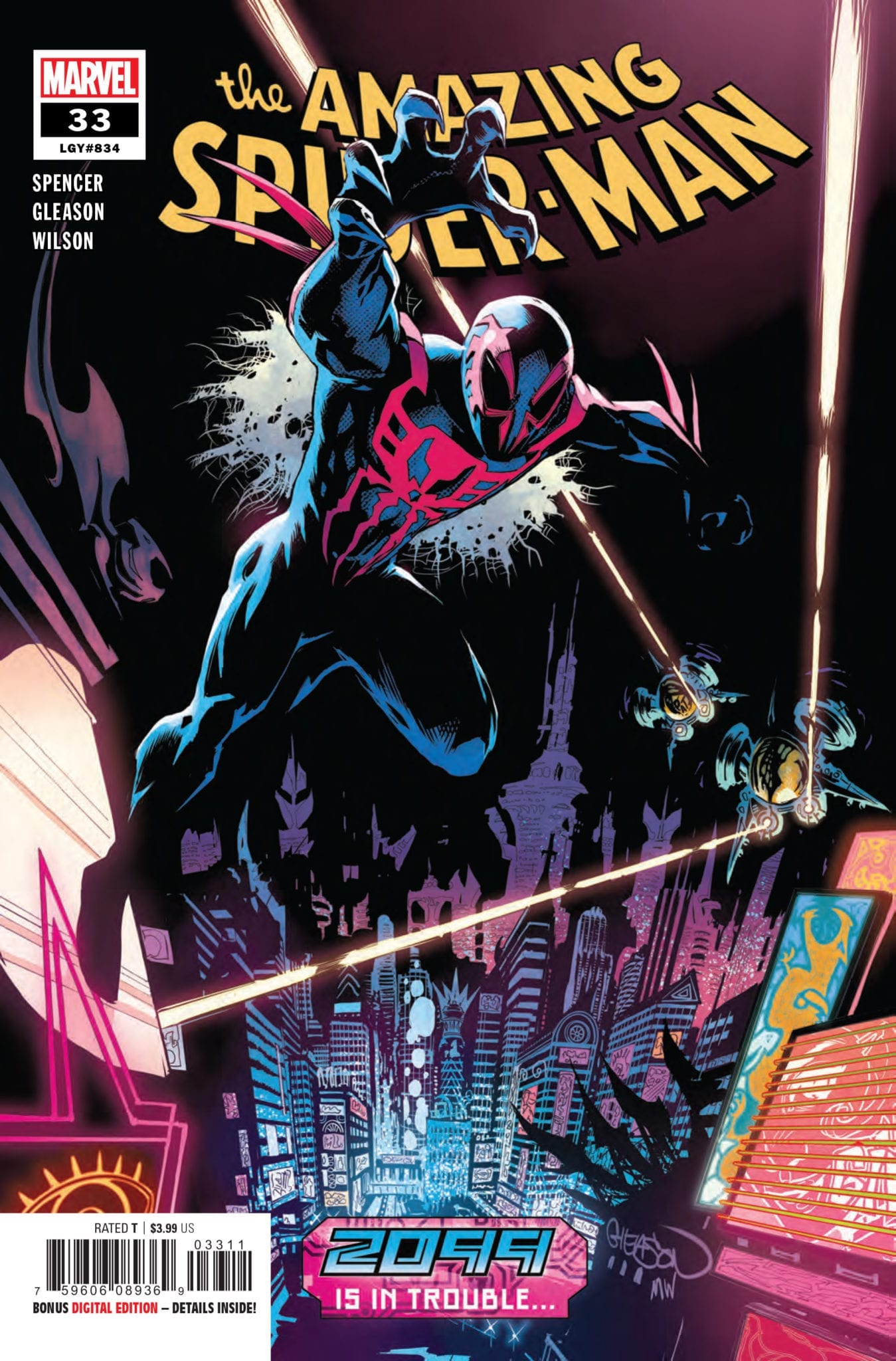 This preview sees Miguel O’Hara, Spider-Man 2099 himself, back in the present day and on the run from the Roxxon Corporation. Miguel is trying to “find some way to stop [his] world from dying,” and Peter Parker is an integral part of his plan.

Check out the AMAZING SPIDER-MAN #33 preview below: 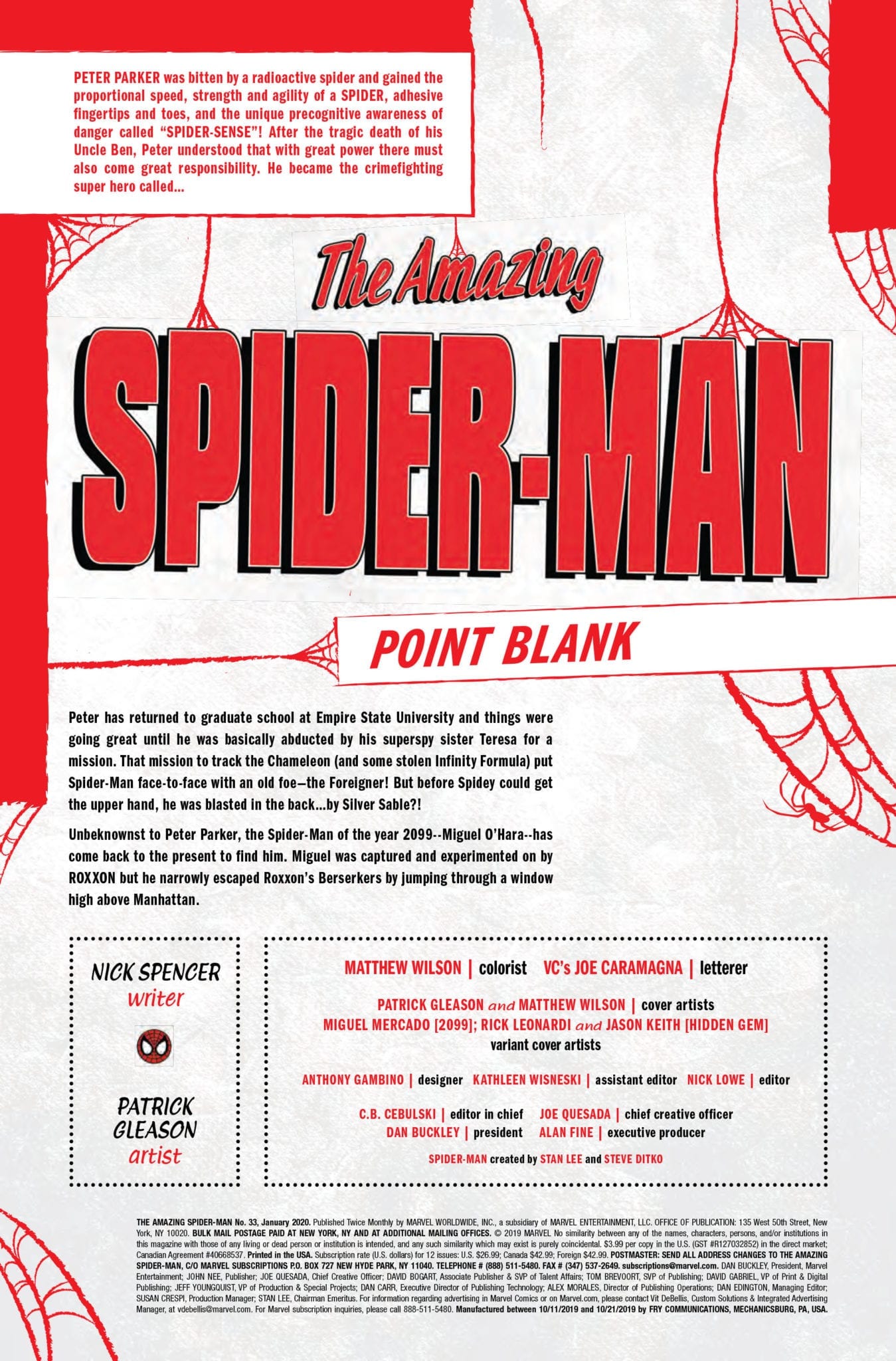 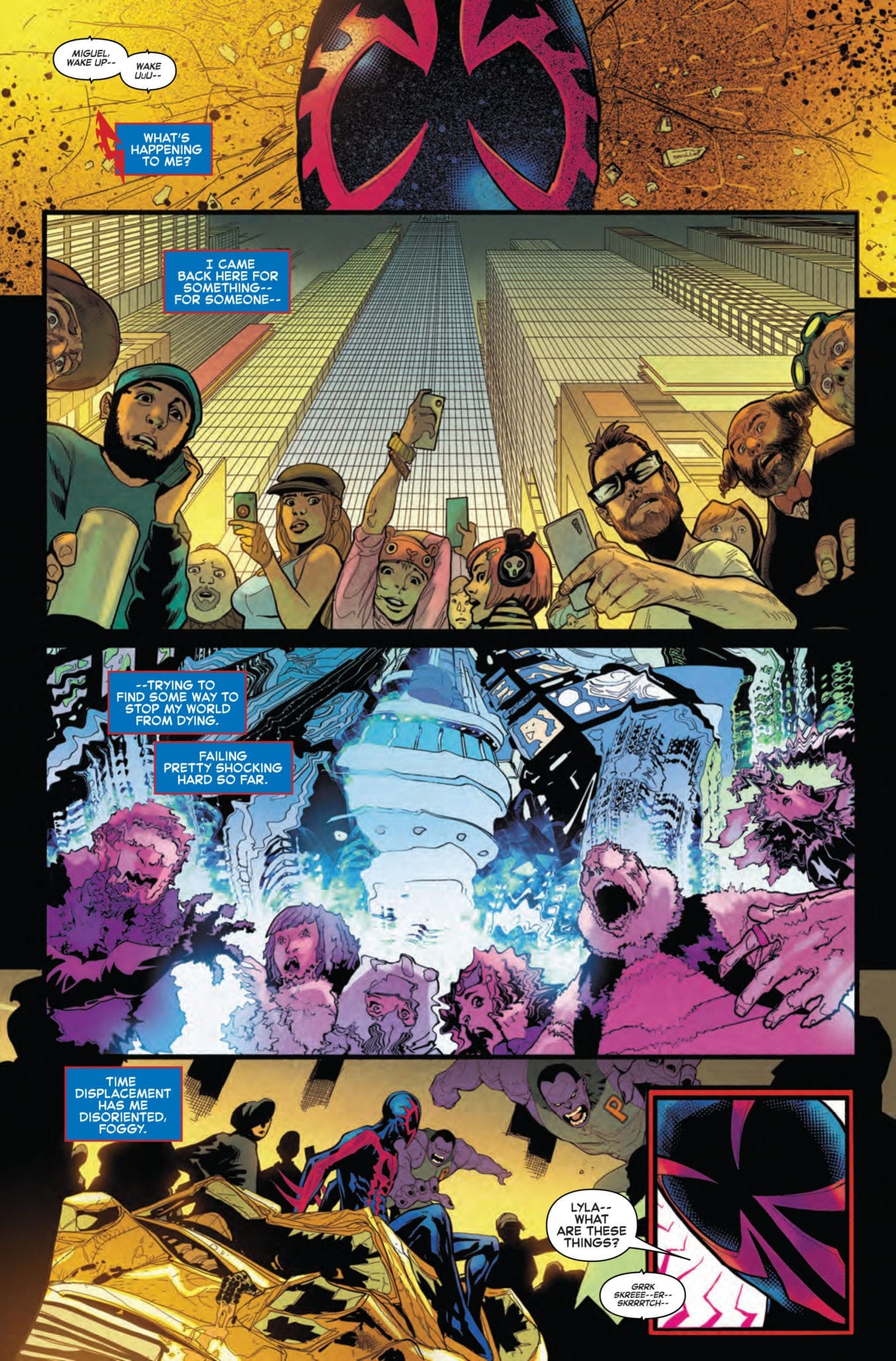 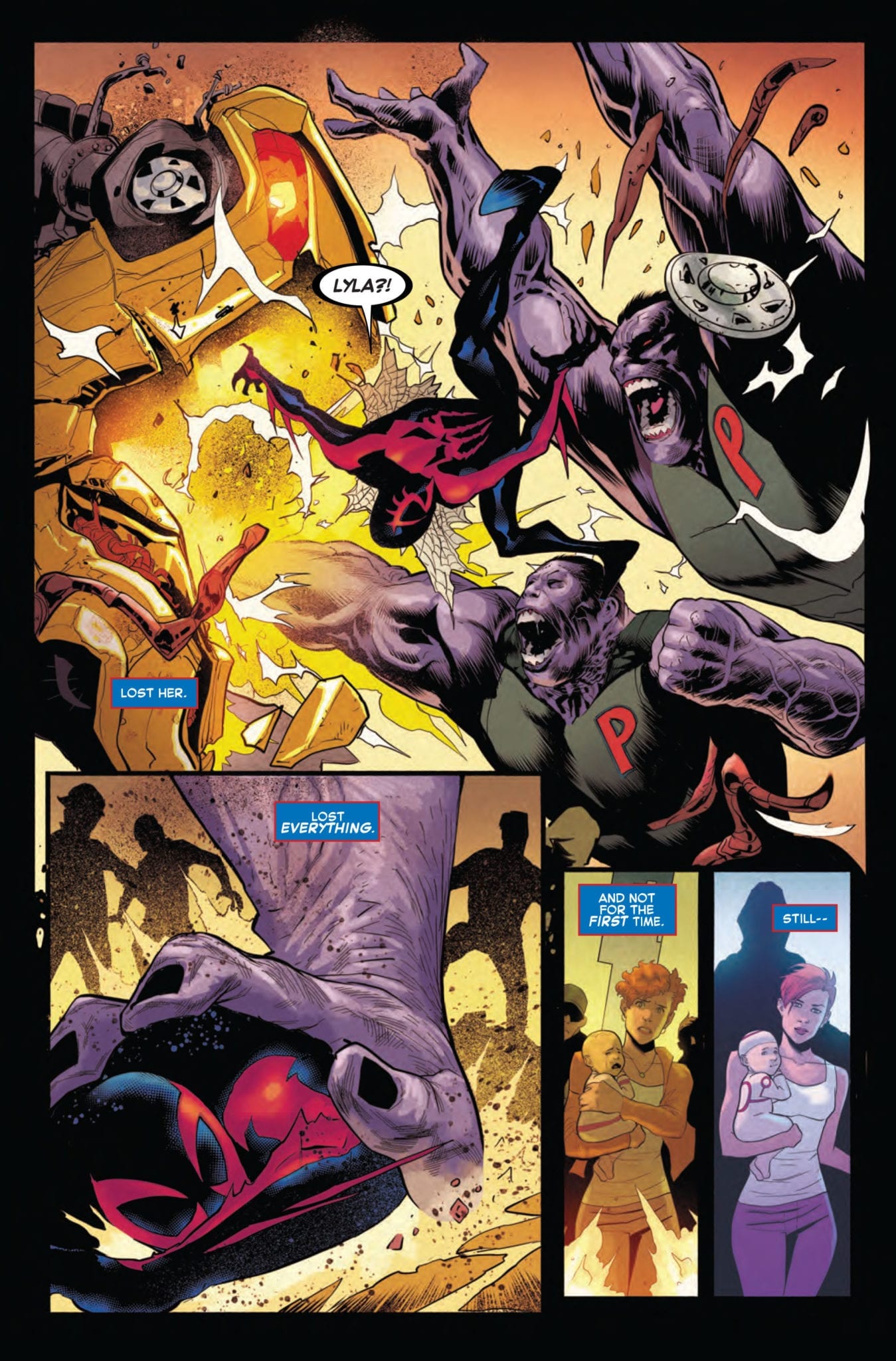 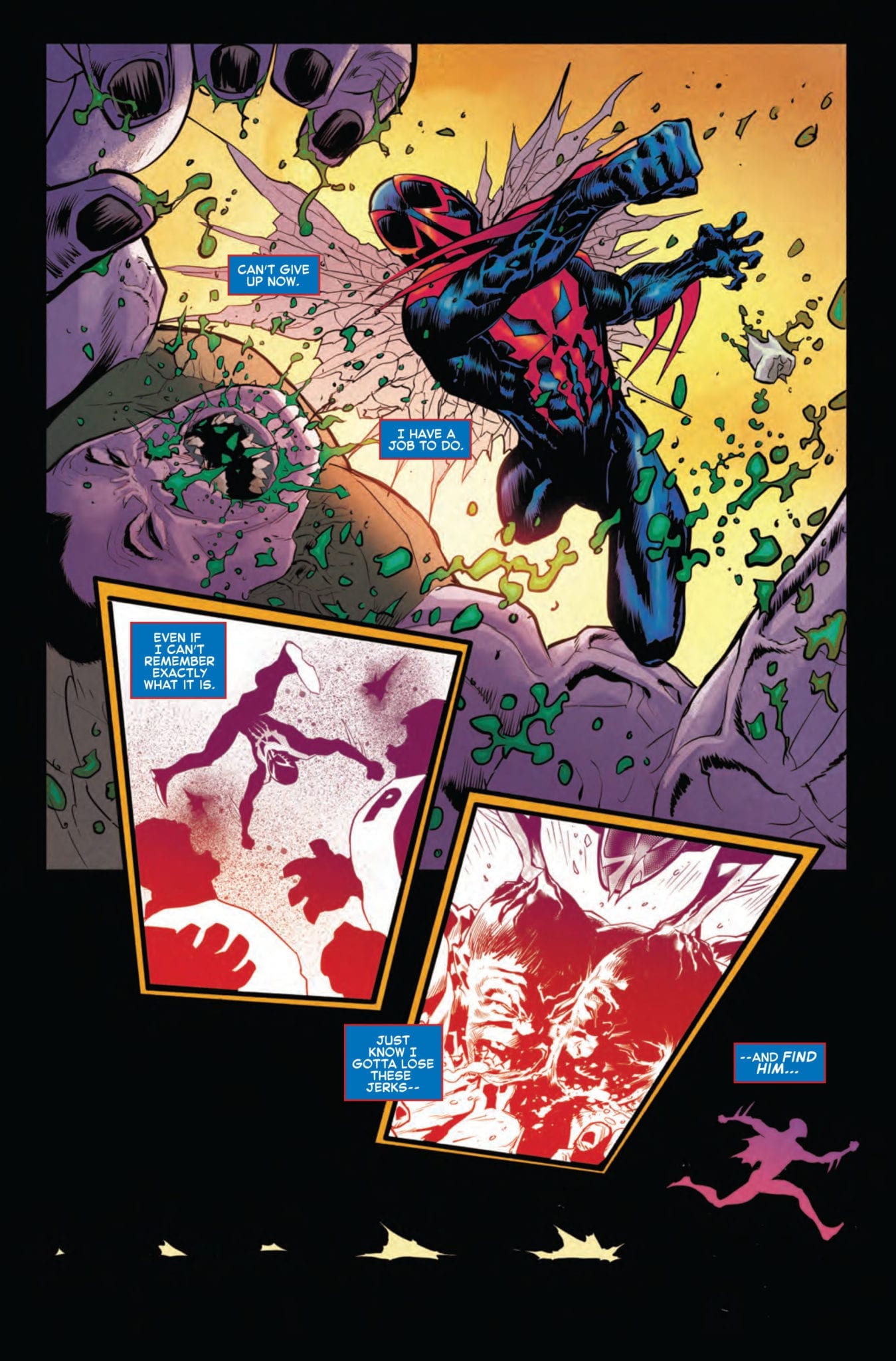 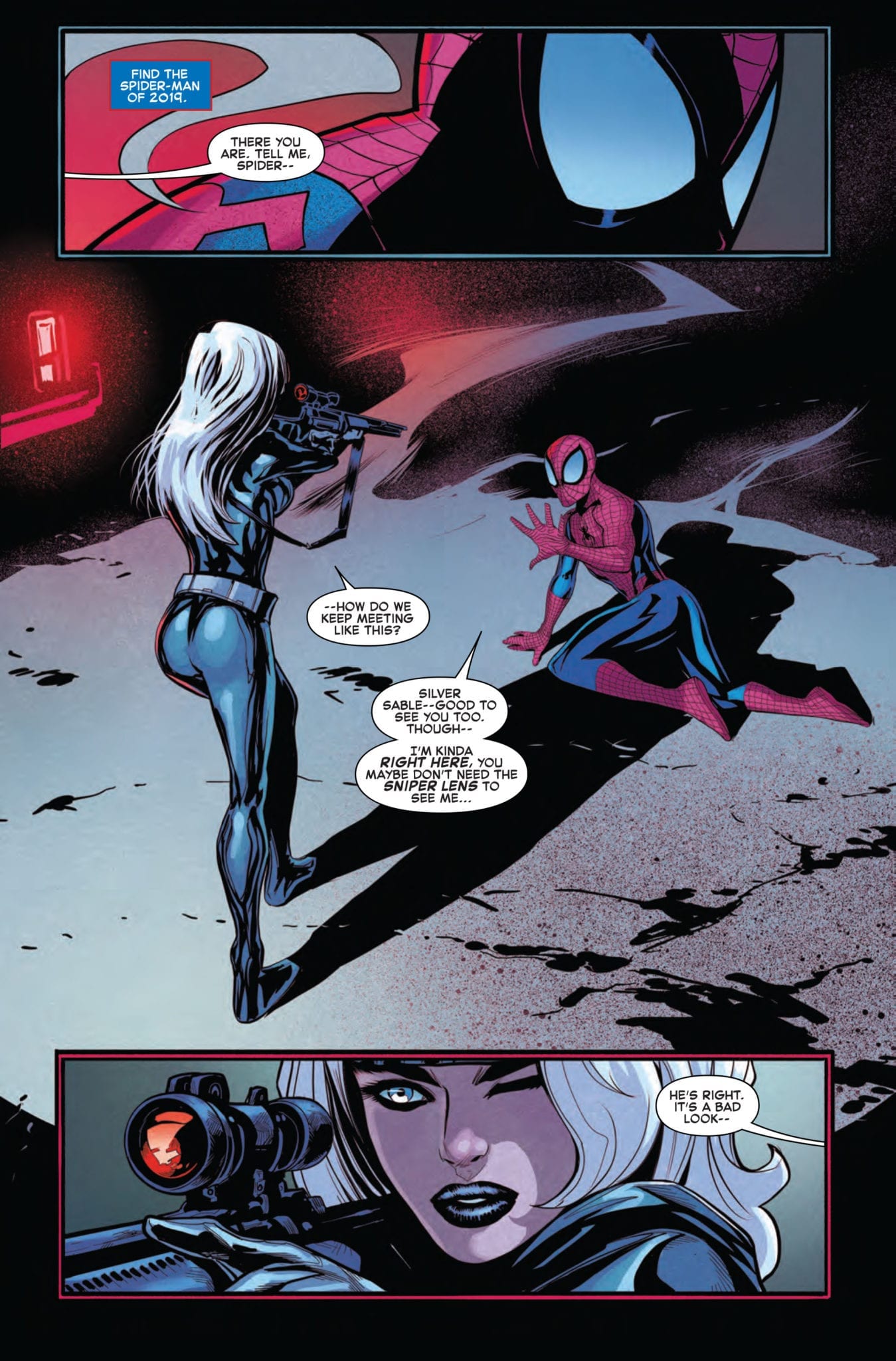 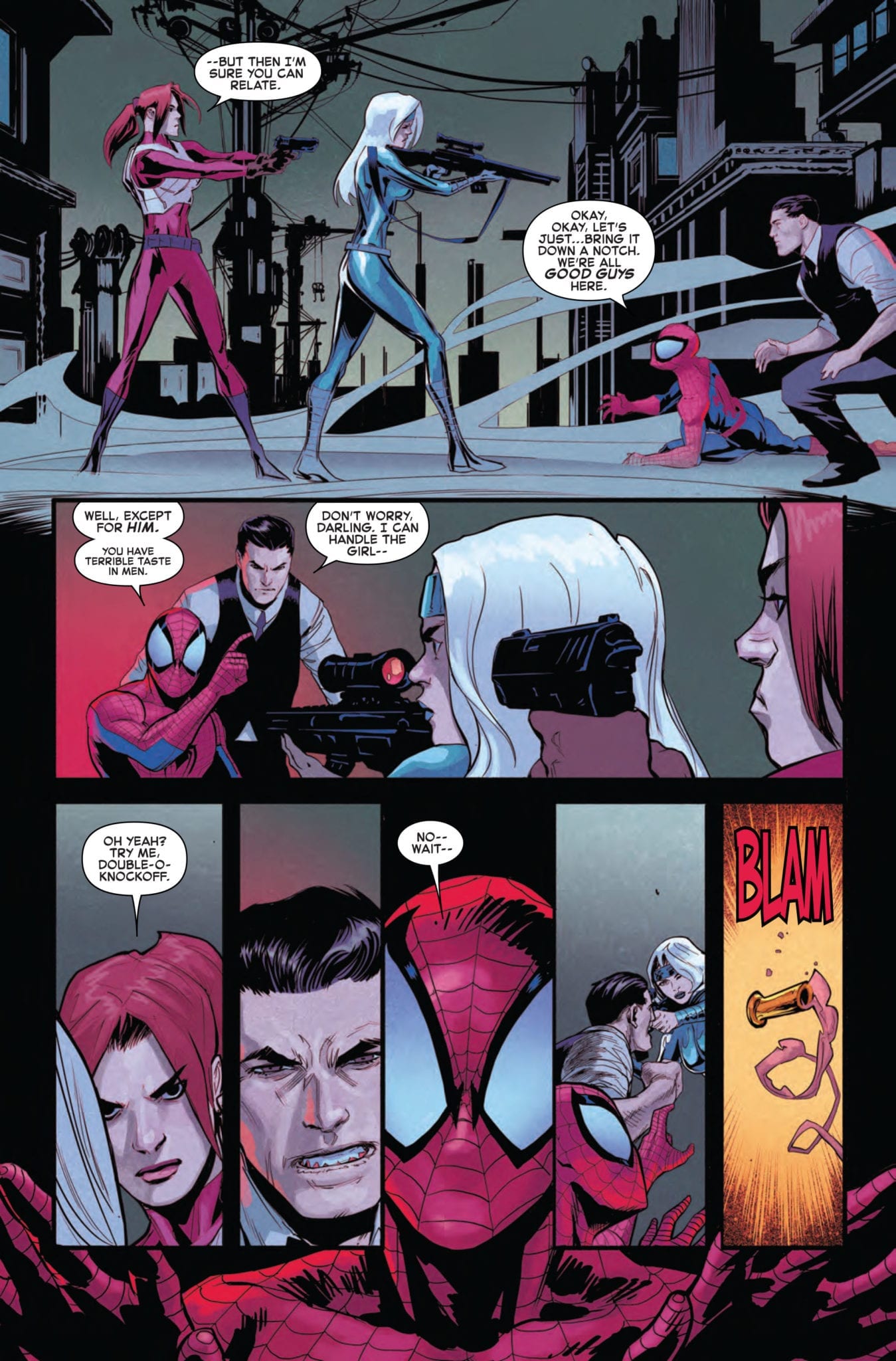 Are you reading Amazing Spider-Man? Who is your favorite Spider-Person? Sound off in the comments!

- Advertisement -
3435
Find out how to get the
Monkeys Fighting Robots magazine!

On September 16, Marvel Comics released X-Men #12. This prelude to X of Swords is the last issue that Leinil Francis Yu will be doing interior art...
Read more
Comic Book Reviews

Venom #28 hits your local comic book shop on September 23, but thanks to Marvel Comics, our readers have a four-page preview. About the issue: As...
Read more