The groundbreaking series continues! Thrill to the Marvel Comics debut of Oscar winner JOHN RIDLEY (12 Years a Slave, The American Way) as he and JORGE FORNÉS bring LOGAN to Japan, where he will question his honor as he clashes blades with the SILVER SAMURAI!

Then, it’s back to his X-FORCE days with JED MacKAY and JESUS SAIZ, as WOLVERINE must stop A.I.M.’s plot for the red planet! And, nothing can prepare you for the unstoppable team-up of DONNY CATES and CHRIS BACHALO as Wolverine has a run-in with…COSMIC GHOST RIDER?!

Check out the stunning, unlettered preview art from each short story below: 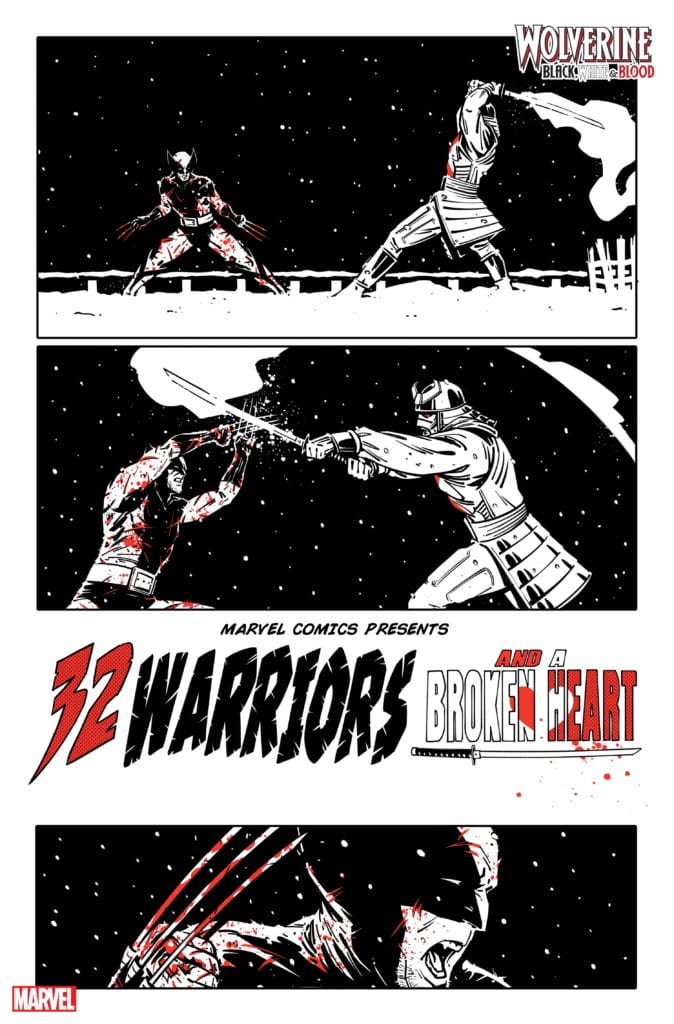 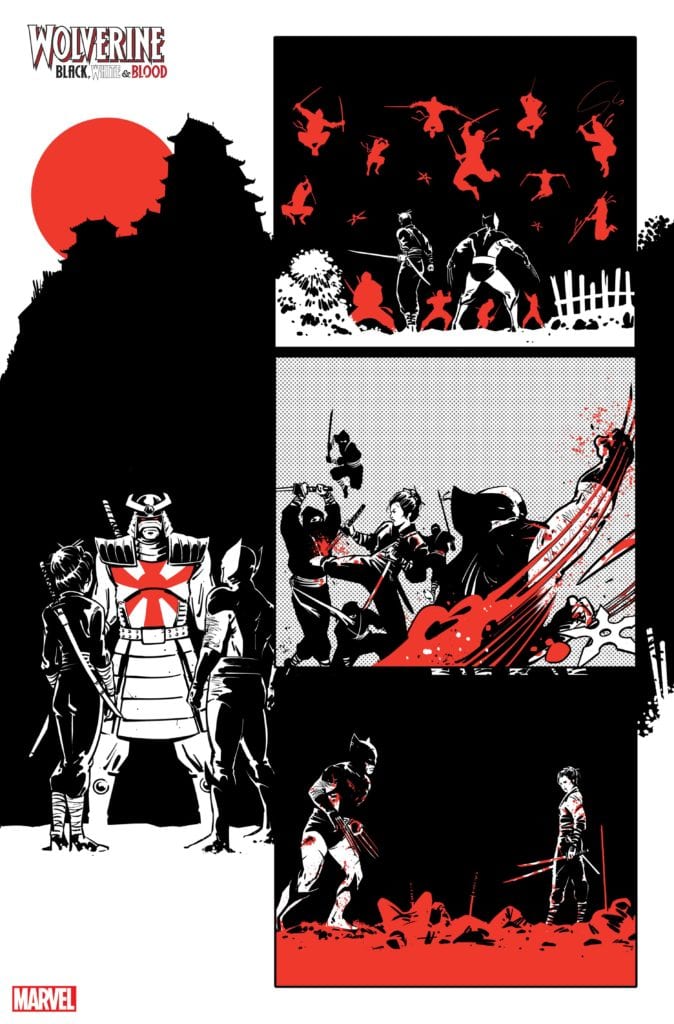 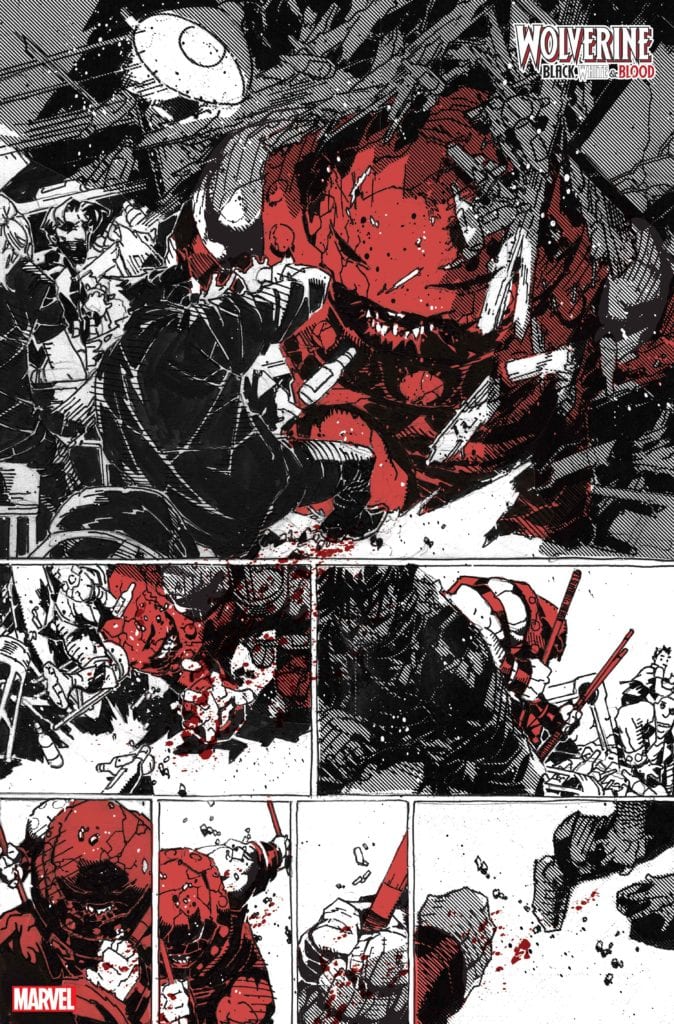 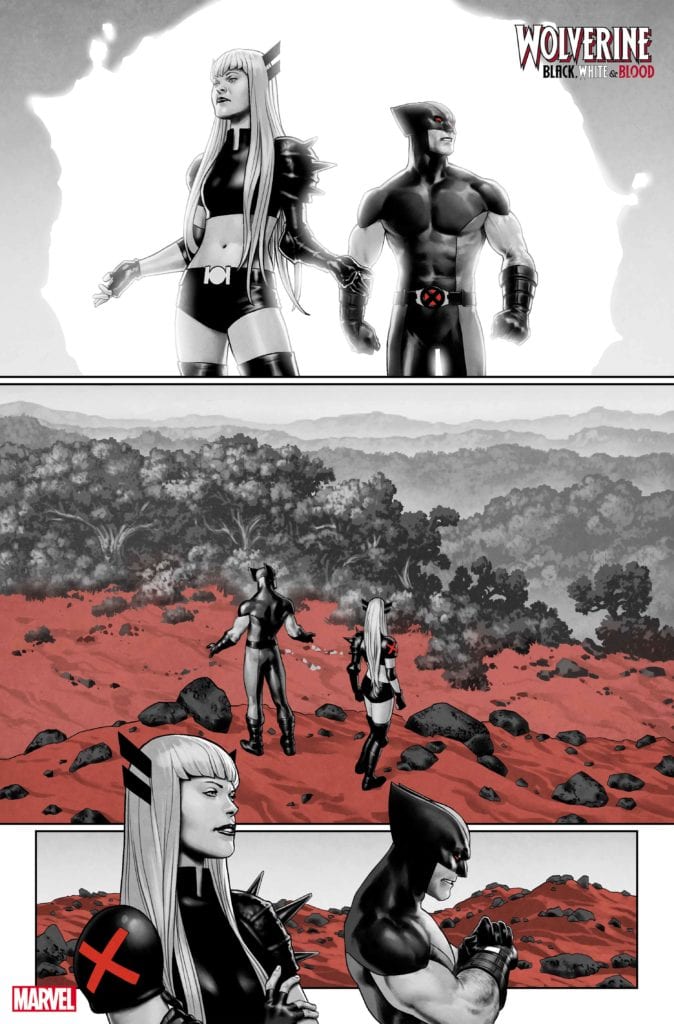 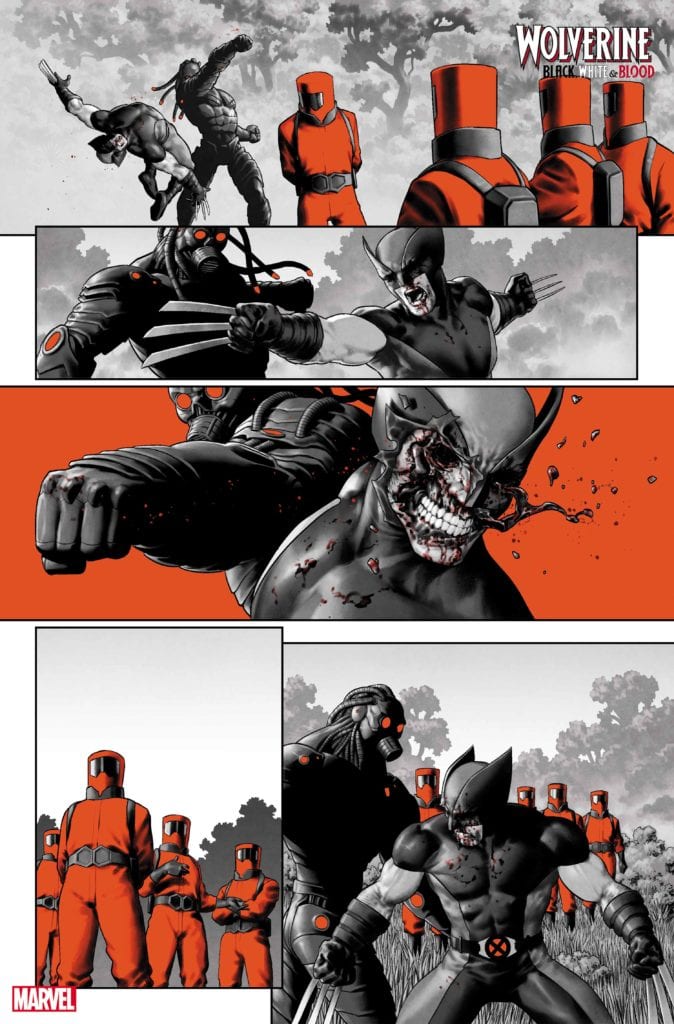 Are you liking WOLVERINE: BLACK, WHITE, & BLOOD? Do you enjoy anthology comics as a whole? Sound off in the comments!