AVENGERS #56 hits your local comic shop on May 11th, but thanks to Marvel Comics, Monkeys Fighting Robots has an exclusive first-look at the book!

About the issue:
JANE FOSTER TAKES THE SPOTLIGHT!

She once famously wielded Mjolnir as Thor, Goddess of Thunder. Today, she guards the worlds of the living and the dead as the winged Valkyrie. Now, those two versions of the same mighty hero somehow find themselves face-to-face, in a desperate bid to save the soul of Jane Foster.

The issue is by writer Jason Aaron and artist Javier Garrón.

As the solicit text states and the cover below shows, this issue of Avengers promises the meeting of two Jane Fosters: Thor and Valkyrie, both identities co-created by Aaron. The cover also teases a connection to Marvel’s JUDGEMENT DAY, this summer’s Avengers/X-Men/Eternals crossover event.

Get your exclusive first-look at Garrón’s cover for AVENGERS #56 below: 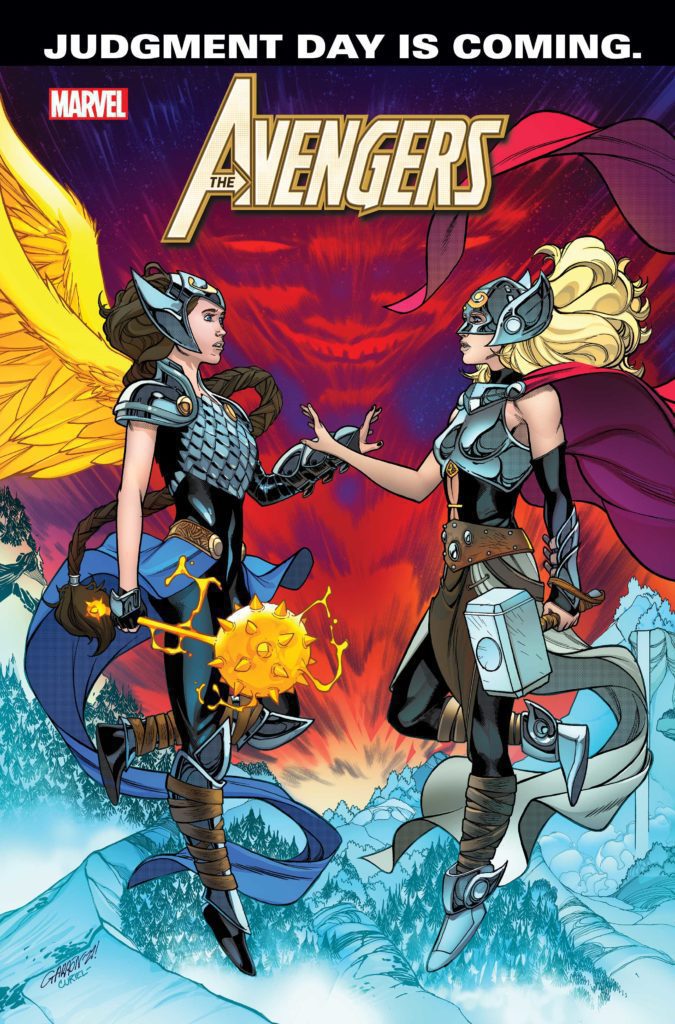 Are you excited for Marvel’s JUDGEMENT DAY? Sound off in the comments!