If you miss The Wire and Bunk Moreland, hold on to your seats because Wendell Pierce’s character James Greer in Tom Clancy’s Jack Ryan is another damaged soul trying to save the day.

Pierce spoke to the media at the Amazon Prime Video premiere of Tom Clancy’s Jack Ryan Friday night. The actor gave some insight into his character and why the long format of the show works well to develop relationships.

Have you started watching Tom Clancy’s Jack Ryan yet? What do you think of the series? Comment below with your thoughts. 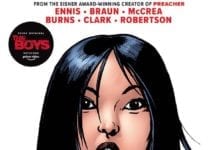 TRAILER: BEAUTIFUL BOY Presents A Storm Of Addiction And Recovery

JACK RYAN Premiere: John Krasinski Reminds Us Why We Love Him