Is Batman A Bad Superhero? 5 Writers Know The Answer

Batman is the Dark Knight, the Caped Crusader, and the Hero of Gotham, but that last part is the subject of debate among some comic fans. YouTube personality Rob Jefferson of Comics Explained says that Batman is not as good a hero as fans like to think he is. “If Batman was a good hero, Gotham wouldn’t be bad,” said Jefferson. So is the (arguably) most famous superhero is a failure?

It’s a little more complicated than that, from how the Dark Knight operates, to the nature of Gotham City, where law enforcement fits into the equation, and how the Caped Crusader actually has everything he needs. Every good modern age writer understands this nuance, and five of them show how it’s not as simple as “Batman isn’t such a good hero.” Some explanations by pop culture essayist Matt Draper go into further detail about the relationship between Batman and Gotham. Below is my research from the gutters.

Frank Miller presents the Dark Knight as the force that sets the city’s faults right. That perhaps is best shown in The Dark Knight Returns. With the police overwhelmed, Bruce has to come out of retirement to fight the crime waves. In just a few months, the Bat defeats and reforms the Mutants gang to become his personal army. But this is still an Elseworlds story, what about the mainstream?

Batman’s role remains largely the same in Miller and David Mazzucchelli’s Year One story. With corrupt cops and gangs ruling the streets, it takes something as crazy as Batman to clean up the mess. His presence alone is enough for Jim Gordon to toughen himself against the gang families who threaten his family. Unfortunately, while Batman can handle gang violence, supervillains present a challenge for him.

Jeph Loeb demonstrates a semi-meta counterpoint to Miller’s viewpoint of Batman setting Gotham right. The Long Halloween displays a Long Defeat, a never-ending battle against an inhuman nature. While gangsters are no challenge for the Dark Knight, in escalation come Supervillains. Batman can overcome the villains, but due to their unique psychologies, they’re able to avoid the law. Unless they’re like Penguin, who isn’t insane but uses his connections and bribes. Jefferson states, “Batman’s not willing to do what needs to be done” with incorrigible villains.

That sounds like being willing to kill, maim, or sacrifice people. But Loeb has an argument against that viewpoint too. In Batman: Hush, the Caped Crusader is ready to kill the Joker for every horrible thing the Clown Prince of Crime has done, not the least of which was the death of his second Robin (Jason Todd) or putting the original Batgirl (Barbara Gordon) in a wheelchair. That is until Commissioner Gordon aims his gun at Batman. Gordon is someone who has every reason to kill Joker for his daughter alone. But Gordon wants Joker brought in. Why?

Because no one received shoot-to-kill orders from Gotham’s justice department, Gordon serves as a reminder that if Batman wants to help the city, he has to follow the law, not mock it. The revolving doors of Arkham Asylum and the sentences of inmates there are not the Bat’s responsibility. In other words, is very wrong about that argument against the Dark Knight. Batman might be capable of killing or worse, but he’s not allowed to. So how can he save Gotham, get help from Superman? No, Matt Draper explains Gotham, will never truly be brought into the light by Batman. Or by anyone else committed to the Greater Good.”

During Batman: No Man’s Land, Superman tries to help Gotham in its darkest hour. The supervillains are certainly no problem for him, and Superman’s example is for people to better themselves. But Superman gets overwhelmed by the city’s (at-the-time) desperate state of might-makes-right. Kelley Puckett demonstrates here that leading by example won’t help anyone in such a city. Such a powerful presence like Superman makes the citizens feel insignificant. That may not even be because of the people, but because of Gotham’s very nature.

Scott Snyder: Gotham is a Place of Hunger 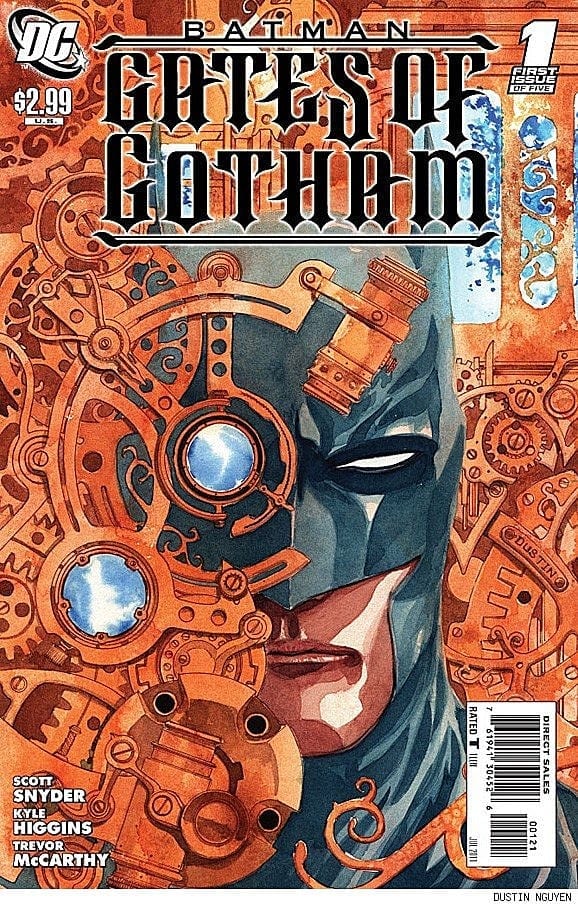 Scott Snyder’s time with Batman starting with Black Mirror brings out Gotham City as a character. Gotham’s darkness is voracious, and it can change people for better or worse. While Bruce and his extended family were strengthened, others like Commissioner Gordon’s son James Jr. were changed into monsters. Gates of Gotham shows the city’s hunger extended back to the city’s founding by the Wayne, Cobblepot, and Elliot families. Bitter jealousy towards the Wayne family’s success starts a silent feud. With each passing generation, this hunger grows stronger with more drastic measures needing to be taken to either stave off or starve. For Batman, it’s not enough to go out and punch villains; Bruce Wayne needs to do something too. 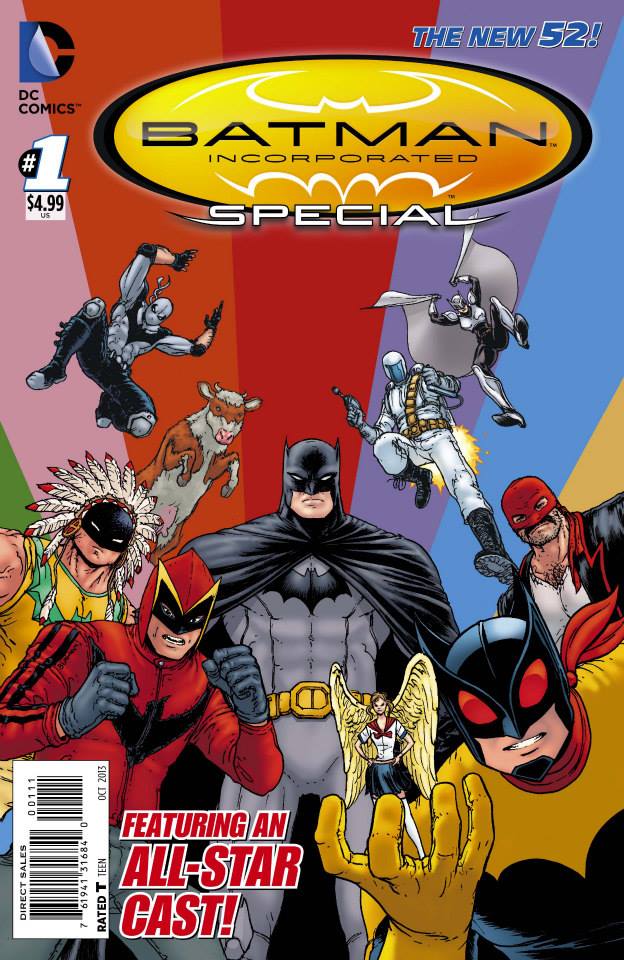 Bruce’s resources in Wayne Enterprises allow him to look at Gotham from all sides. This naturally includes Arkham Asylum and several of Gotham’s desolate areas (including abandoned theme parks frequented by supervillains). Yet one man, even with two identities, still can’t handle an entire city alone. That’s where Batman Incorporated comes in. By franchising his secret identity, Bruce’s methods are now both legal and meaningful. The Bat-family grows beyond Gotham but also has ties to the GCPD through Jim Gordon’s membership. It’s possible that through this partnership, the GCPD get better equipment to deal with supervillains.

It would be an idea that’s driven forward in Batman: White Knight, even if it was by an alternate Joker. Of course, that’s just fighting some of the symptoms. Some real economic and political problems go along with what makes Gotham hungry. Bruce could continue his charity runs and even use Bat Inc. as a means of improving Arkham Asylum. But how much power would that give Wayne Enterprises? If anything, it would be near to a monopoly for the whole city. Having everything under his thumb would make Bruce a dictator. While Bruce is a good man, he needs Batman in order to prevent corruption.

Batman Is NOT a Bad Superhero

Despite what thinks, Batman is what Gotham City needs. While his methods don’t make the best results, those aren’t his fault. Gotham is just a hungry place that can eat away at people’s sense of right and wrong. Even paragons of goodness like Superman get overwhelmed by the city. Bruce Wayne gives everything the Bat needs and tries to do the same for his city. Having the Dark Knight around to take care of the extraordinary problems of Gotham is what can lead the city into being one worthy of having an open and positive example.

What do you all think? If Batman’s really a decent superhero, should he leave Gotham to crumble? Or should he let Bruce Wayne handle everything at the risk of becoming a corrupt bureaucrat? Leave your thoughts in the comments.