Hello and welcome to the Indie Comics Spotlight. We are all certainly crawling out under the mountain of Battleworld-related crossover titles and still making that face at Ultimate Reed’s helmet with Secret Wars, so why not add a few more titles to the mountain. You need a break from the Battleworld, and there are a lot of great indie titles waiting to help you recover from crossover mania. Here are a few stellar indie titles you may have missed that you should pick up at your local comic book shop.

Providence serves as both a prequel and a sequel to Alan Moore’s four-part series Necronomicon from 2010. Once again, Moore delves into Lovecraft’s world, but this time the story is set in 1919 Providence, Rhode Island (birthplace of the horror king). The book is the first of a twelve-issue series, so Moore works to set up the characters and the world more slowly and more meticulously than he did in Necronomicon. Alan Moore, because he is Alan Moore, uses many references to Lovecraft’s work, like the consistent calling to Lovecraft’s story “Cool Air” (which you can read online.) Though the first issue is a lot of set-up, the tone is cold and eerie, and the world Moore and Burrows construct is a stage now perfectly set for whatever Lovecraftian horror is about to ensue. This book is perfect for Alan Moore devotees, H.P. Lovecraft devotees, historical horror fiends, Necronomicon, and those of us who prefer our horror to have an octopus-like god waiting in his house at R’lyeh dreaming.

I picked up Material on a mad dash of indie title grabs not knowing a thing about it. When I finished it, I closed the comic and sat in quiet for a long time, staring forward, reflecting on myself and the world around me. Material is marvelous because in a genre dominated by super powers, super heroes, monsters, aliens, robots, and other out of this world, supernatural tropes, Material is a comic book that takes a chance on being brutally human. The first issue does not really have a story, but it has four (thus far) unconnected characters. The story is told in vignette form and focuses on a disillusioned professor who may have encountered self-aware artificial intelligence, a washed-up actress who is in-demand for an important film director, a fifteen-year-old African-American boy who is detained at Chicago’s Homan Square black site after being arrested at a protest, and a man struggling to adjust to his family and life after leaving Guantanamo Bay. The bottom of the pages have references to books, films, quotes, and people that pertain to the specific story being told which helps the story ripple out into reality. I have never read a comic book that has affected me like this, and I am interested in what the next issue will hold. This book is perfect if you like Optic Nerve, pre-Punch Drunk Love Paul Thomas Anderson films, and comics without superpowers.

Grab these comics at your local comic book shop. The Indie Comics Spotlight returns next week in it’s regular Tuesday night time slot. What indie books are you reading? (One of them had better be Bitch Planet.) 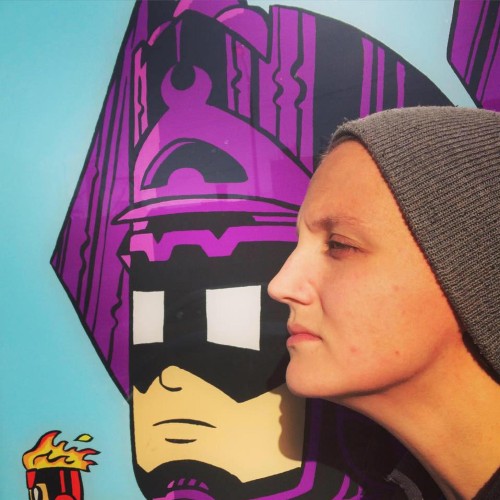