Indie Comics are becoming more popular, but most websites mislabel indies as creator-owned content. So what exactly is the difference between the two? Another site, “What’cha Reading?” also asks this question. Because let’s face it, what some people view as independent is not the same as what others think. This is the research from the gutters.

The People’s Definition of Indie Comics

According to Investor Words, any independent company is “a company not controlled by another company.” For comics, this has a lot of meanings; as Chuck Suffel of What’cha Reading points out, “independent seems to be one of the more nebulous terms.” Some say indie comics mean non-superheroes, thanks to titles like Elfquest or Bone. But there are several superhero titles like The Uniques that stand contrary to that statement. Others say that indies are any comic other Marvel or DC because of those publisher’s popularity. All of those, however, detail alternative press comics. Image and Dark Horse comics are just as popular, complete with IP notoriety, which comes to another argument.

So publishers, like Image and Dark Horse, host publishing platforms where creators retain the IP rights. Other publishers like Oni Press and IDW use this model as well. However, some of these other publishers are under higher ownership. IDW, for example, is part of Idea and Design Works; Oni Press and Valiant meanwhile got bought out by larger corporations. In layman’s terms, those companies’ series are not really indie comics. As for Image and Dark Horse, they’re another story.

Image and Dark Horse have no corporate owners, but they do have influential support systems. Dark Horse, for instance, is an overall entertainment company, the comics are now a division of the primary one. The rest of the company handles deals like merchandise or Netflix shows. Most of these companies have plenty of resources and don’t usually require additional help. That’s not to say some companies don’t try to take some advantages like Kickstarter.

To support themselves and cover the costs to keep publishing his or her comics, a few creators use crowdfunding websites, including “Kickstarter” and “Indiegogo.” Unfortunately, without established fanbases or viral hits, the financial angle proves to be difficult.

Most creators don’t even get a stable income from Patreon alone as Graphtreon displays. Of them, only the first ten publishers on the list make sales money comparable to annual small business sales near $100,000. Even MFR favorite indie comics series God-Puncher doesn’t receive a lot of support; just look at creator Lane Lloyd’s Patreon. Yet the use of crowdfunding to sustain themselves shouldn’t be what makes something indie. Even established artists like Jimmy Palmiotti have these accounts. One Image series does give some insight into the difference between indies and creator-owning comics.

In Airboy by James Robinson and Greg Hinkle, Image publisher Eric Stephenson calls Robinson up for a job offer. This displays the main difference between creator-owning, alternatives, and indies more than anything, connections. Robert Kirkman, for example, mainly got into Image Comics through any connections he could find. Also, while Image Comics doesn’t own the series it publishes, the company owns the publishing, marketing, and distribution rights. Look no further than the copyright details saying “no part of this publication may be reproduced or transmitted, in any form or any means.” Meaning while the creators own creative rights, they can’t sell the comics on his or her terms. Not without a lot of paperwork anyway. It’s a different story if the creator owns both the series and publisher.

One such publisher is “Benitez Productions” and series Lady Mechanika. Joe Benitez owns both properties, and his website allows him to sell his products to consumers directly. However, Benitez holds several connections, not unlike Image or Dark Horse. This includes but is not limited to “Diamond Comics Distribution Inc.” which provides access to distribution. Indie publishers like “Unlikely Heroes Studios” however lack some of these connections unless they meet some criteria. 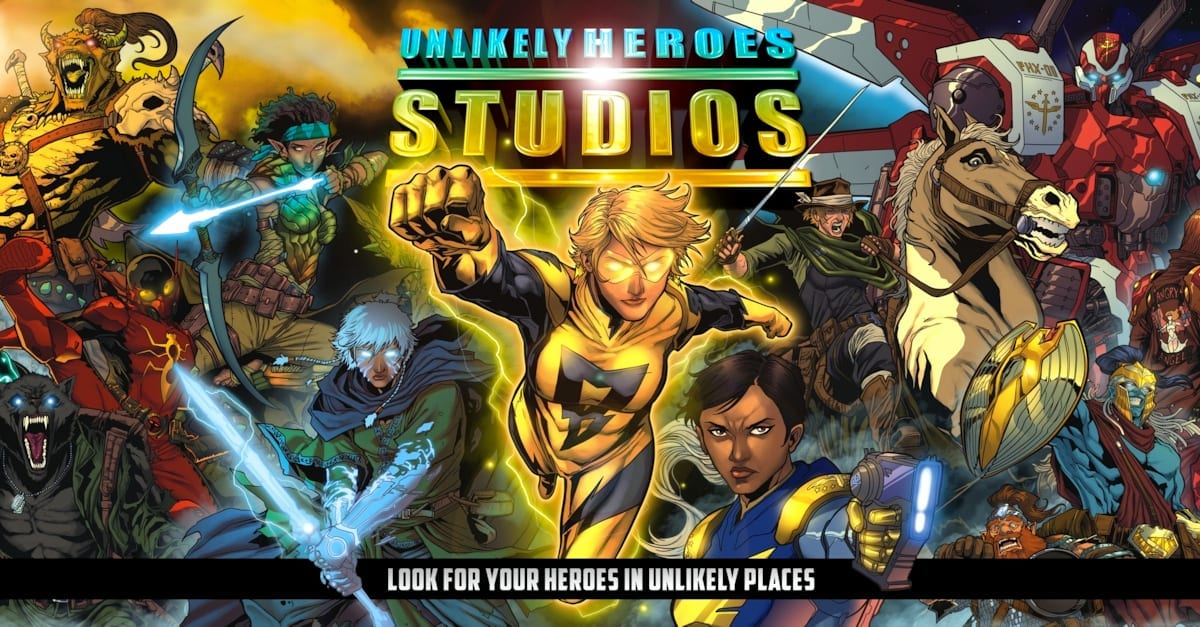 Companies like Amazon and Diamond seem to have some high mark criteria to have anyone’s series featured. Amazon appears to be more lax as long as there is some hype or popularity behind something. UH Studios’ primary series Super! for example is available on Amazon unlike UH’s other series and merchandise. This is no small feat, as even companies that exist in name only like “Space Goat Publishing” still have content that can be purchased like Heroines. Diamond meanwhile has an even bigger threshold.

Diamond holds a near-monopoly over comic book markets, and it takes more than a cult following to get on its catalogs. According to Pen & The Pad’s Fraser Sherman, the publisher needs to make $2500 in retail orders. That requires quite a bit of networking to achieve, from paying for con booths to promoting at local bookstores. Most indie comics can’t even afford to mass print without crowdfunding.

The Price To Be Indie

This brings up a pretty decent question that a few creatives, including Michel Fiffe, likely go through. Is being a publisher independent of these support systems and connections financially worth it? Even the likes of Fiffe and Tesladyne had to compromise their independence by making deals with the creator-owned companies. When looking at circumstances like that, it’s no wonder people get the terms confused.

What do you all think; is a lack of licenses and business connections the thing that separates indie comics from simple creator-ownership? Leave your thoughts in the comments.