MFR: The entire premise of an Angel and a Demon falling in love is a classic trope now in pretty much every medium. Where exactly did your (Mirka’s) take on this concept come from, and what to you sets it apart so much?
MA: An angel and a devil falling in love is a classic concept, also for my work: it’s not the first time I’ve played with this dynamic (that was the initial setting of Un/Sacred, my first comic), but I think that a female devil with a male angel is way rarer to see. That’s probably because the stereotype wants women to be “feminine and angelic,” and the male as a sort of “alpha devil,” so I really wanted to reverse the roles. I love doing this kind of operation. But in general, to be honest, I just like angels and devils so much! Especially if they are reinterpreted!  And I must say I love drawing devils! 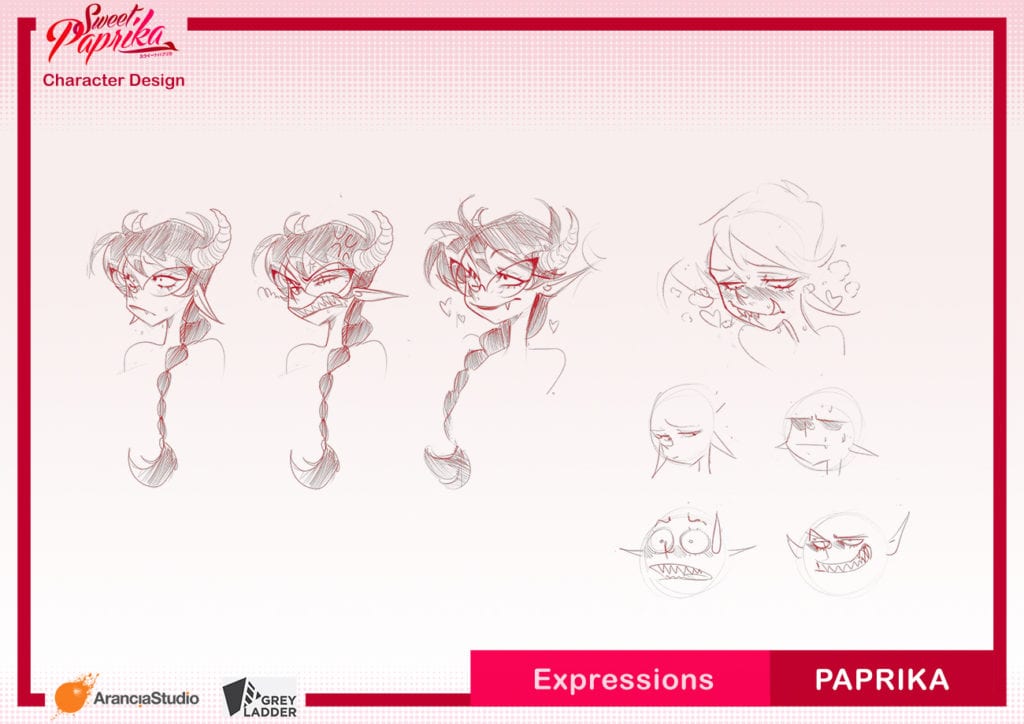 MFR: These characters rose in popularity just from sharing your sketches with your fans over social media, to the point where people were even cosplaying as them at cons. At what point did you realize that what you had created could lead to some major creative like “Sweet Paprika”?
MA: My usual path is that I start sketching a new character (or a couple of new characters, like in this case), and then I realize I want to develop something more when I become really obsessed with them. Too many sketches come to my mind. I think having fun with character design, characterization, and world-building is really important to me, when I start creating a new IP. It’s always pretty instinctive. Then, if I see that fans like them (and I’d say that with Paprika and Dill they did adore them!), I feel super happy, and the desire to work on them is even more intense. But the first rule for me is having fun just for myself. That’s the starting point.
MFR: Gabriele Pennachioli, who worked on Love, Death + Robots (which is mind-blowingly good) is slated as executive producer on Sweet Paprika. How exactly did he get involved with this project?
MA: With Arancia Studio and Grey Ladder, the producing companies working on the animated project, we started discussing talent that we would love to have attached. We immediately thought about Gabriele: we didn’t know him personally, but we did love his work, and his skills were amazing, no doubt. Then, personally, I also love the idea of an Italian talent who’s experiencing huge success in the United States… So, Arancia Studio and Grey Ladder contacted him, letting him know how much I loved his incredible work and, especially, Love, Death, and Robot. He jumped into the project immediately and believed in it. I feel really honored! 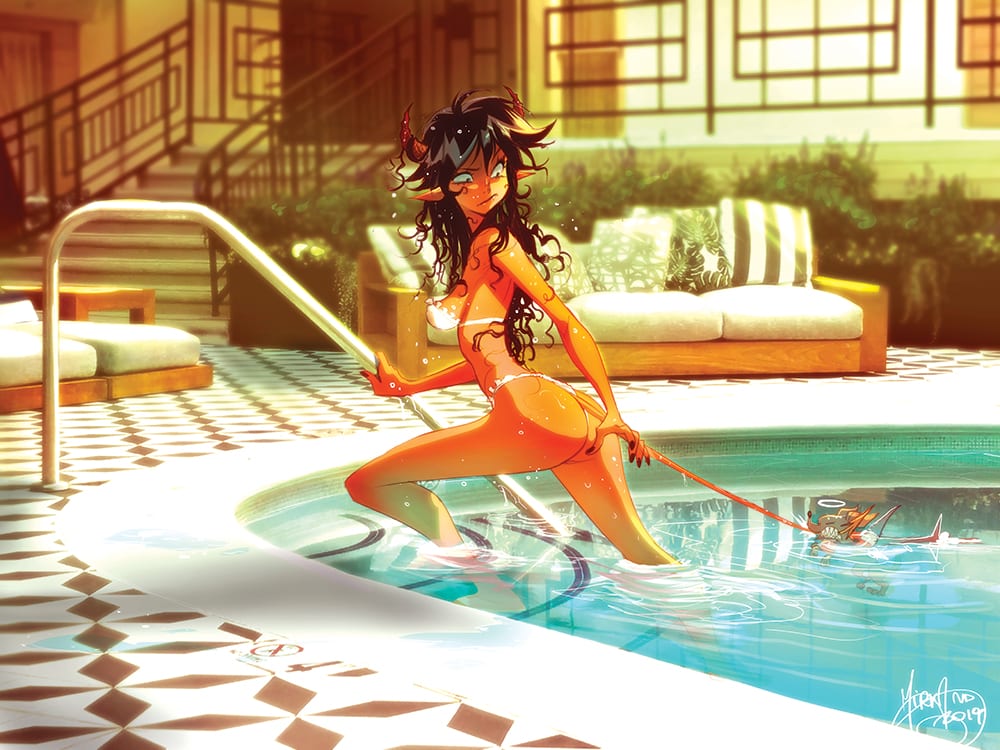 MFR: One of the major points in the presentation of Sweet Paprika is that this is an erotic tale set from the perspective of a woman, meant to empower the idea of women’s sexual autonomy. How difficult is it to walk the line between just male-gazey smut and the more intentioned, character-driven erotica being made here?
MA: Let me say… It’s VERY complicated. I think the most important thing is to act in a “wise” way, never being vulgar. All the erotica in my work is always sex-positive. And also, making a pornographic project is not our target: we want to tell a cute, funny, romantic story (with the presence of sex) about a woman who needs to balance her work with her private life. Sex is a beautiful part of our lives, but not the only one, and at the same time, it looks like something that just men can talk about and enjoy. In 2020, it still looks “strange” when a female character (like Paprika) looks “sexual active”. 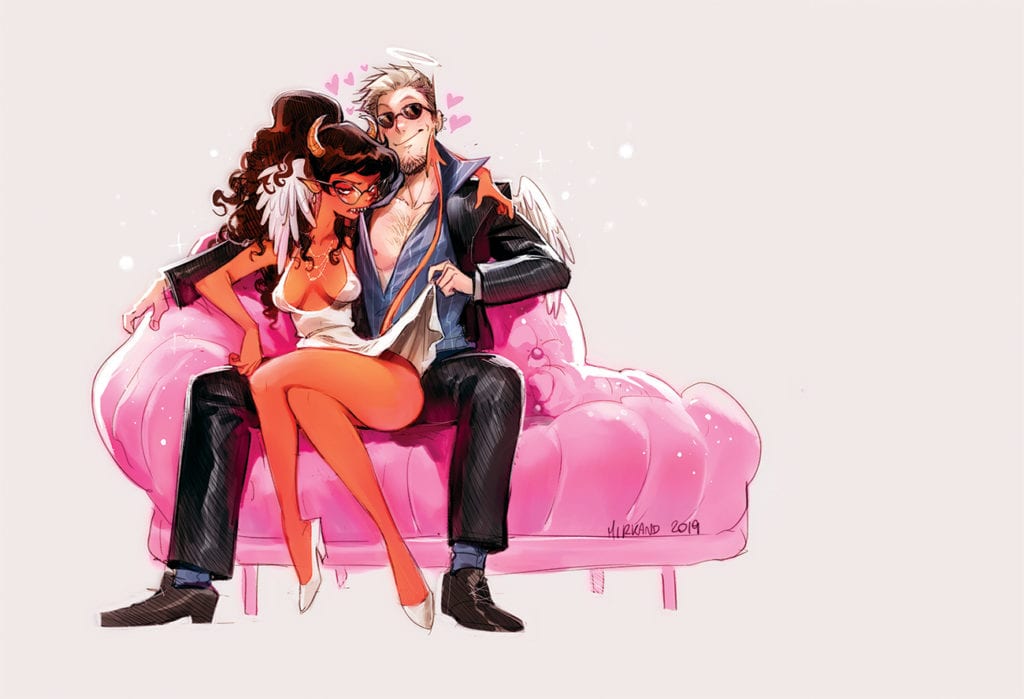 MFR: If it isn’t too early to ask, what platform or platforms are you and the creative team eying for Sweet Paprika to be played on?
MA: That’s a very good question! But, yes, it’s still too early, unfortunately. I can say that we got some strong interest from co-producers and from a couple of broadcasters/platforms. Let me say again, in any case: it’s still very early. We are in the first stage of development, and almost anything can happen… Also, I wouldn’t assume that the animated project is the only project related to Paprika and Dill, by the way!

Keep up with Monkeys Fighting Robots for future updates on “Sweet Paprika!”