The relationship between art and the artist has always been intriguing. The complicated, messy balance between self-infatuation and emotional sacrifice has perhaps never been more exemplified than in Grant Morrison’s ANIMAL MAN (1988). The audacity one has to have to write oneself into one’s work, especially as an omnipotent and relentless God, is astounding. One would think Morrison could not be more self-obsessed, until they later describes themselves as a dying chimp at a typewriter, somehow lucky enough to have stumbled upon a masterpiece.

ANIMAL MAN is the story of Buddy Baker. Baker is a small-time superhero who happened upon a spaceship that gave him the ability to emulate the skills of nearby animals. At times Buddy seems embarrassed by his origins; other times, he seems befuddled by his anonymity. A pretty straightforward story, until we meet Crafty Coyote in issue 5, titled “The Coyote Gospel.” Crafty is a refugee from a cartoon universe filled with senseless violence. Having sought an audience with his God, a being on a throne holding a paintbrush, Crafty is expelled from his universe. This is the first time we meet Morrison in the pages of their work, and they seem to revel in the pain they inflict on their characters. 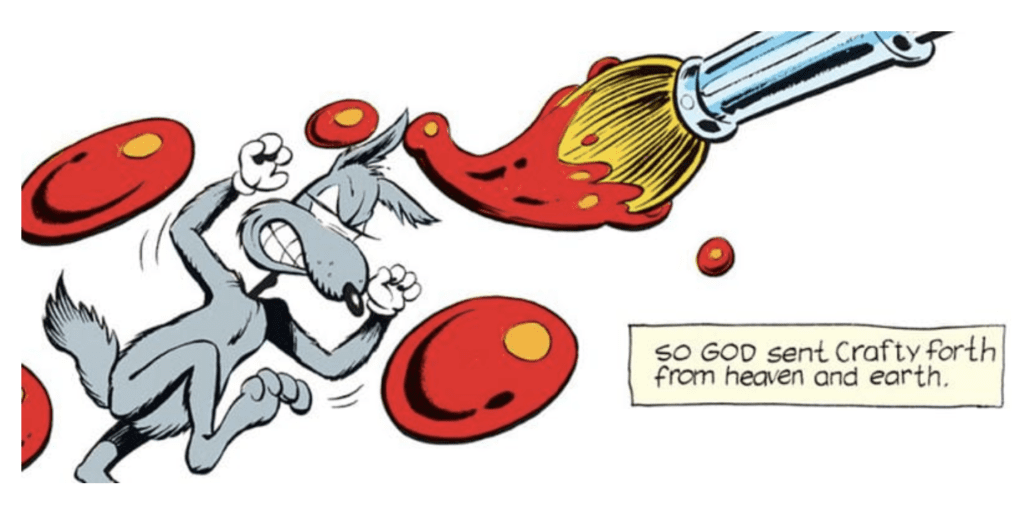 Having professed themselves omnipotent, Morrison breaks all the rules. Characters look off the page and seem to be able to see the reader’s face, screaming in terror. Other characters break the edge of the panels on the page and find themselves confusedly wandering through the gutter. One seemingly immortal villain is ultimately killed by other characters pushing on the sides of the panel he’s in until it shrinks enough to crush him. Much of Morrison’s genius comes from the fact that it is through Buddy that we see them break the rules. Buddy becomes aware of the gutters on the page, the reader looking at the page, and the God that’s pulling the strings. 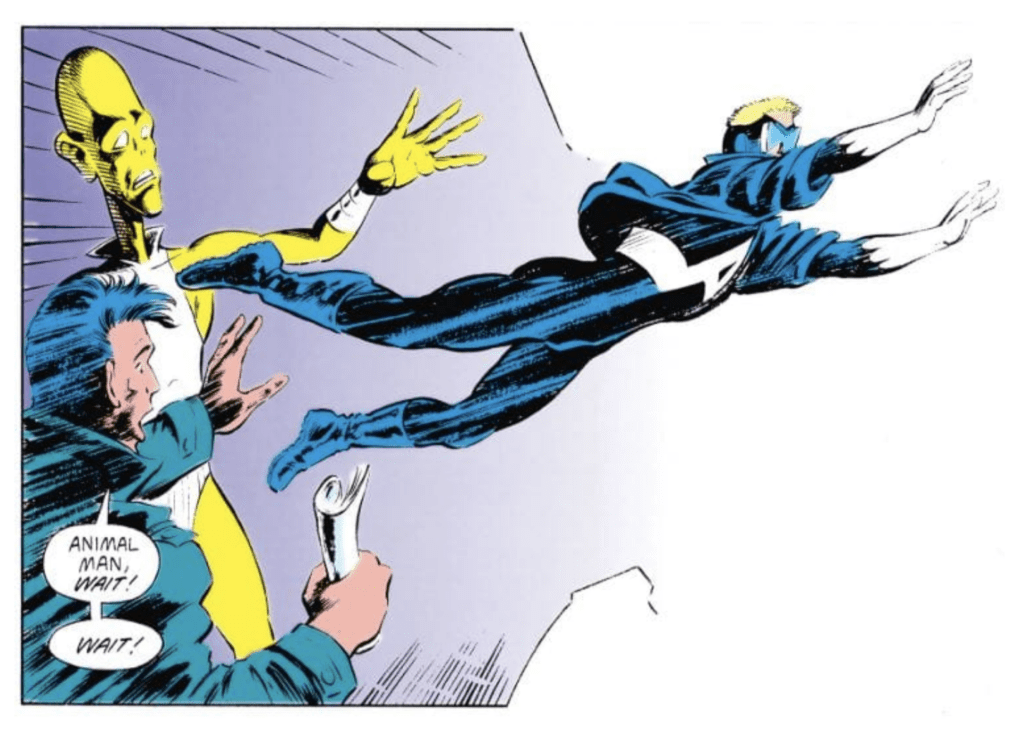 In a quest for answers, Buddy seems to leave the world of his comic book altogether. He walks through Limbo, where he meets retconned characters and a dying chimp that is typing the words to issues of ANIMAL MAN. He even visits the apartment of Grant Morrison, where they talk together about Buddy’s pain and existence. “It’s all here. This is where I write the wrongs of the world,” Morrison tells him.

And at last, we see how it all fits. Morrison must create stakes and conflict, and for that, they need the character to feel pain. In the end, is the writer really a god or merely a devil?

Morrison’s meditation on an artist’s relationship with their art is a worthwhile read that manages to somehow feel like something beyond just a comic book. When Morrison put themselves in their work, they also gave themselves license to break all the rules and blow our minds.

What is your favorite example of an artist putting themselves in their work? Do you agree with Morrison and think writers are often cruel to their characters? Comment below!