How DAREDEVIL: BORN AGAIN Changed My Concept Of What A Comic Could Be

Alan Moore and Frank Miller ushered the comic book world into a new age in 1986. Gone were any traces of the slapstick humor that still permeated from the wacky days of the Silver Age. Grit, dark shadows, and subverting the norms of the genre became, well, the new norm. Moore, whose Watchmen series at DC Comics remains quite possibly the most famous comic book storyline ever, and Miller, who was also revolutionizing capes and cowls at DC, were flipping the conventional wisdom applied to superheroes. There is, however, a more overlooked work of Miller’s from that year in “Daredevil: Born Again” with artist David Mazzucchelli at Marvel.

So often, the canonical superhero comic book stories have been limited to Watchmen and Batman tales over at the Distinguished Competition. There are The Dark Knight Returns and “Batman: Year One,” both of which are from Miller. The Dark Knight Returns is an iconic out-of-continuity series that focuses on an aging futuristic Bruce Wayne coming out of retirement, taking up the mantle of the Bat once again in protection of a crime-ridden Gotham City. It’s dark and dreary and bleak in the way few mainstream comics were beforehand.

“Batman: Year One” is a timeless origin story of the Caped Crusader, one that has appealed to readers of all generations and backgrounds for over thirty years. You can have no preconceived notion of Batman and still enjoy it. I’m sure it’ll still captivating audiences for the next three decades too. 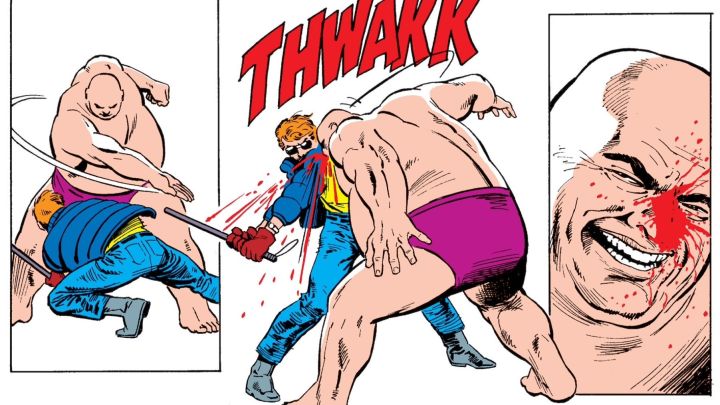 “Daredevil: Born Again” is so different, though. Miller had already completely reinvented the character in his seminal late-1970s run, creating classic characters like Bullseye and Elektra while also showcasing that Wilson Fisk was much more than a mere Spider-Man villain, he was a force to be reckoned with both physically and psychologically.

This wasn’t some dystopian version of Matt Murdock either. This was the real Matt Murdock who had been around for over thirty years, a man who had loved and lost and beaten to the brink of destruction countless times across hundreds of comic book issues. This was the real version of Karen Page too, as she struggles through drug addiction in a way no superhero comic had covered since the classic Green Lantern/Green Arrow volume from Dennis O’Neil, Neal Adams, and a whole host of other creators in the ’70s. 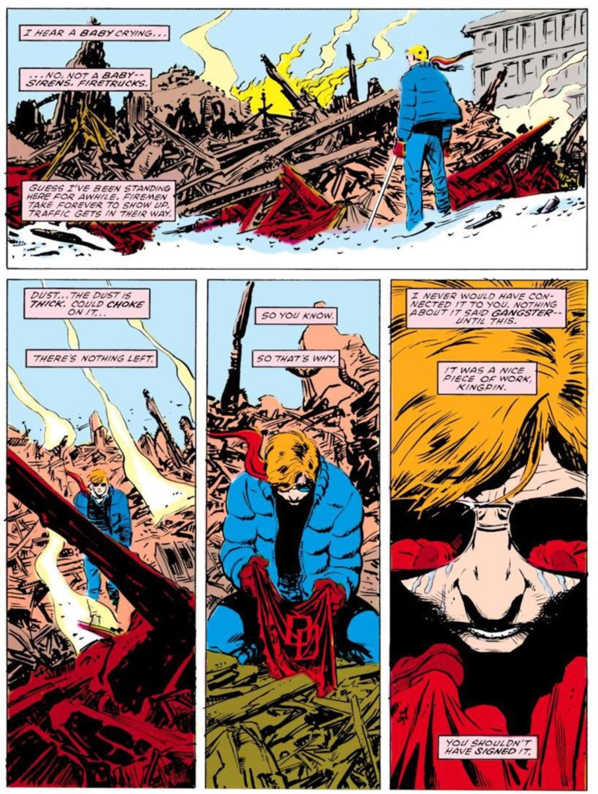 Miller re-imagines a version of Bruce Wayne readers never knew existed in The Dark Knight Returns. Miller re-imagines a version of Matt Murdock, who readers had grown to care about for years and years in “Daredevil: Born Again.” That’s what separates the two for me. His Bruce Wayne is some totalitarian god machine. His Matt Murdock is still a blind Catholic lawyer from Hell’s Kitchen.

Miller widens the scope of his story in a manner similar to the way Moore does in Watchmen too. He hits on the themes of nationalism, patriotism, and the growing fear of nuclear holocaust with his creation of the character Nuke, a name that lacks any semblance of subtlety, and the inclusion of the red, white and blue shield-carrying Captain America.

As the Cold War was reaching its zenith, Miller was unafraid to have those real-world fears come to life in the panels of Daredevil. The fact that is an in-continuity story, not something that could’ve been spun as an alternate universe, only heightens that impact. This is part of the reality of the main 616 Marvel Universe. It’s just as much part of Daredevil’s history as Stick teaching him to harness his otherworldly gifts. 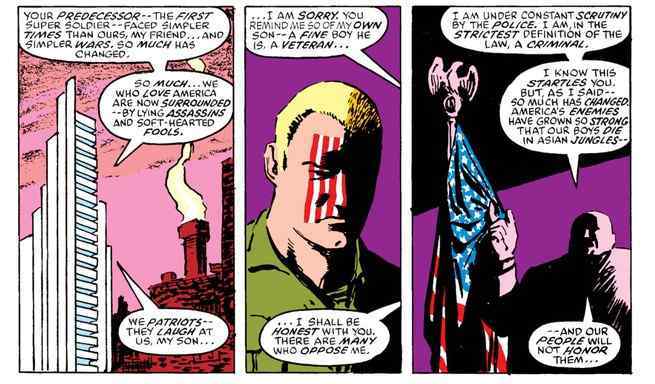 I loved “Daredevil: Born Again” so much that I took it to an academic level. When I was a junior in college at the University of Pennsylvania, I took an English class on the comic book medium. When it came to writing our final term paper, I naturally gravitated to the work of Miller. We had covered The Dark Knight Returns as part of assigned reading, but there was obviously another of Miller’s stories from 1986 that I wanted to incorporate into my analysis as well. I compared the state of each superhero universe, the graphic displays of violence that were prominent in these stories, and how they both reflected the geopolitical climate of the Cold War in the mid-late 1980s.

Frank Miller changed how I viewed the Marvel Universe with his earliest Daredevil work, as I began to see that there was a more sinister layer afoot beyond the shiny exteriors of Captain America and Iron Man. He changed how I viewed superhero comics as a whole with “Daredevil: Born Again.” His stories with the Dark Knight will always remain his most prominent, but I will always hold a soft spot for his greatest tale about the Man Without Fear. 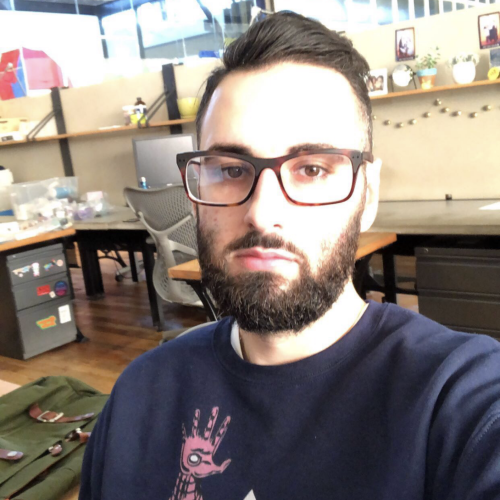