HEAVY METAL #316 is out now celebrating the publication’s 45th anniversary, and Monkeys Fighting Robots is lucky enough to show off an exclusive preview of the issue’s Taarna story.

The story is called “Taarna: The Witness” and it’s by writer Helen Mullane and artist Montos (full name Osvaldo Pestana Montpeller). There is also a Taarna variant cover to the issue by Simon Bisley; the main cover is by Kim Jung Gi.

What the creators have to say about the story:

“For me, working at Heavy Metal has been an old dream come true. And the fact of breaking inside their pages with their mythical Taarna has been a source of double satisfaction. Joseph has been super respectful and has given me big wings to fly creatively in this story. Helen’s script was a shot of love at first sight. When I read it, I visualized it in all its cosmic aesthetics and I wanted to add a little Lovecraftian taste to it.” – Montos

“Like Montos said, for me, writing for Heavy Metal is a dream come true, and for a character as iconic as Taarna no less! Since I first saw her flying on her steed Avis in the Heavy Metal movie, she has been a part of my inner pantheon of legendary female heroes. I wanted to write a story that was cosmic in scale, go as full out Heavy Metal as possible, and I couldn’t think of a better artist to share this journey with than Montos. His incredible art takes us all the way there, a true visual feast. It was a pleasure working with Joe, a keenly creative editor who helped me bind the threads and themes together and didn’t hesitate to let us get weird.” – Mullane

Montos will also be the artist on ENTROPY, Heavy Metal’s event series that kicks off this July, written by Christopher Priest.

Check out our TAARNA: THE WITNESS preview below: 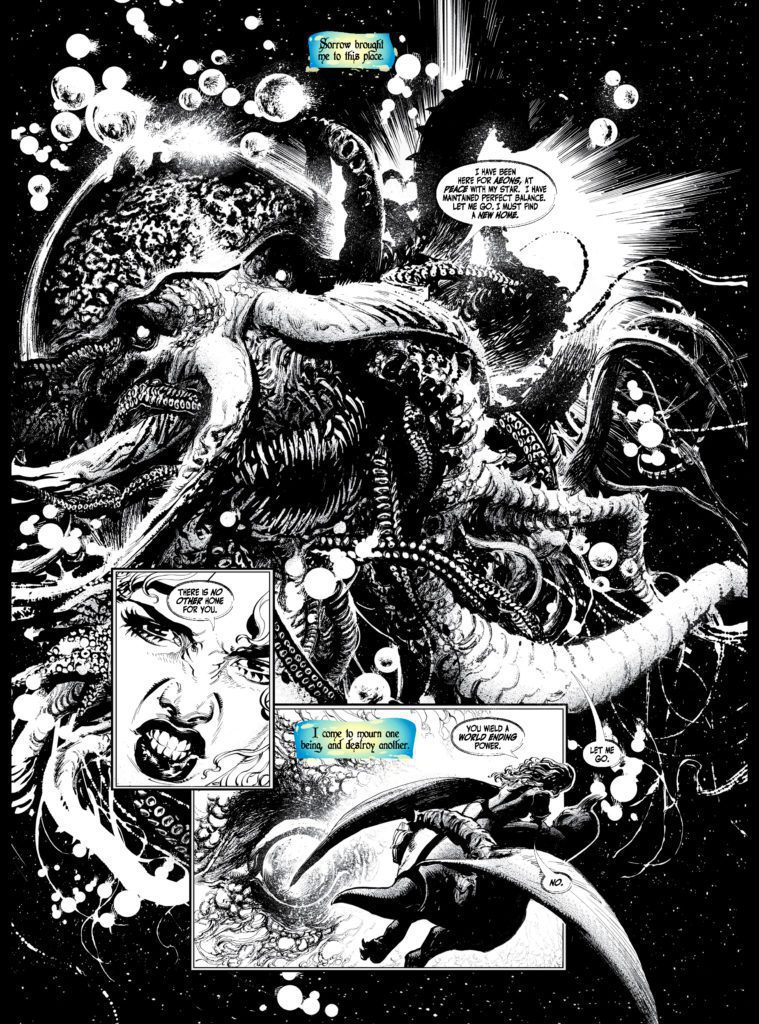 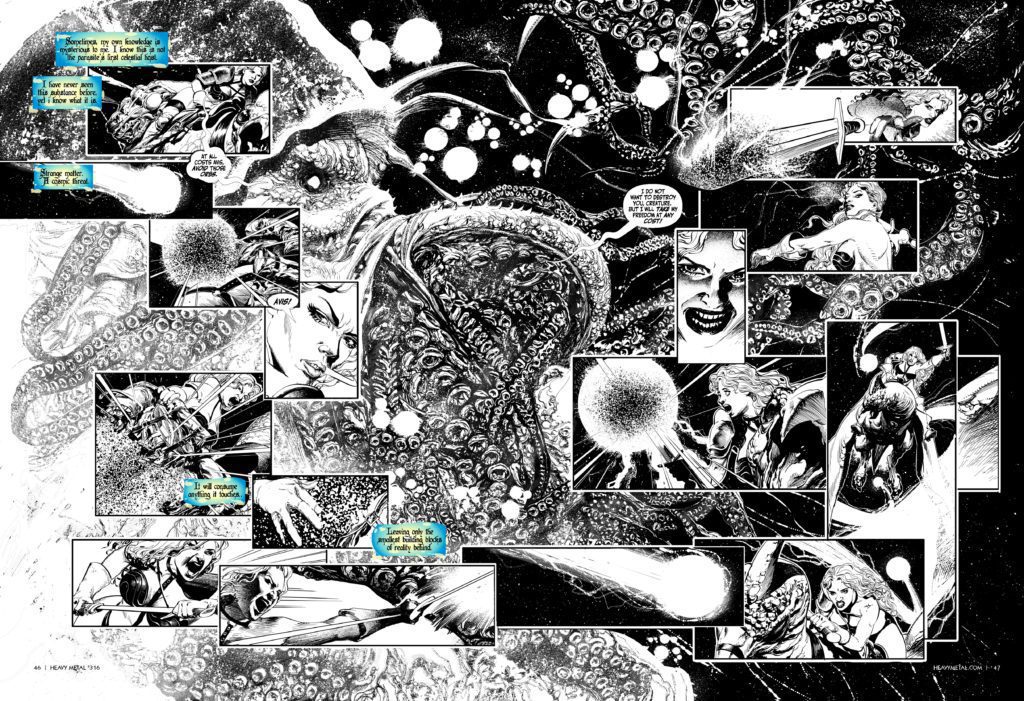 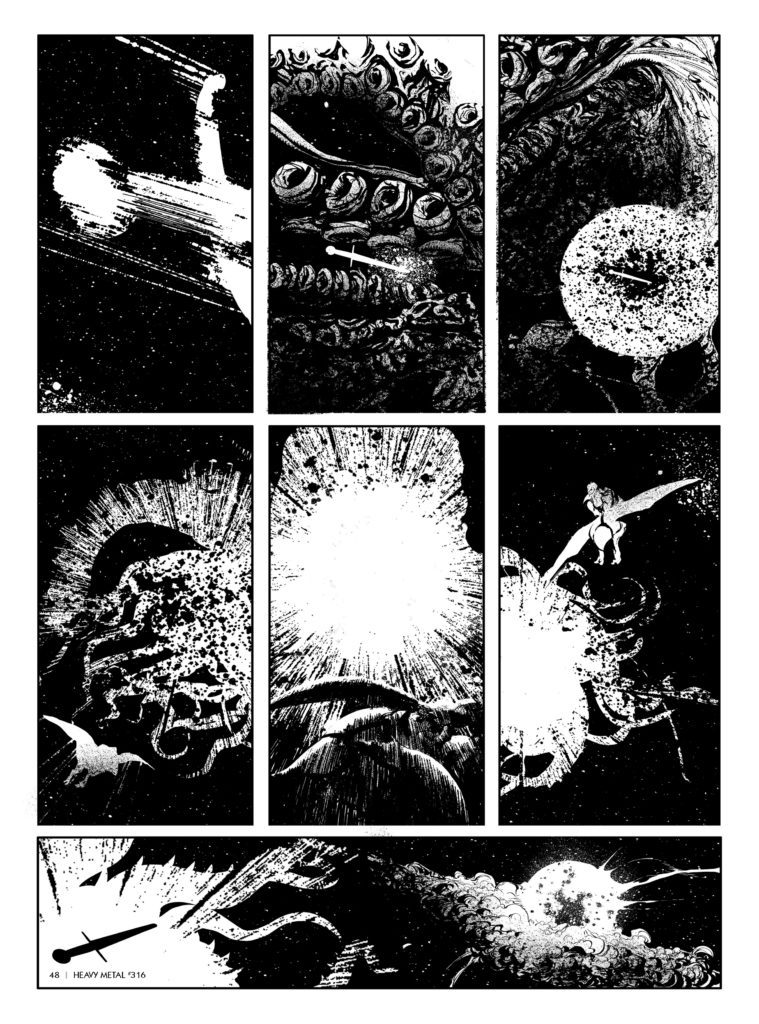 The third of four INTERCONNECTED covers by the master illustrator KIM JUNG GI, an otherworldly TAARNA cover by the legendary SIMON BISLEY, and a blank sketch cover!

The debut of the episodic technothriller WIREMONKEYS by creator/writer/artist Dan Schaeffer!

The strange history of DEATH DEFIED by Joe Harris and Federico Pietrobon continues to unfold!

George C. Romero’s THE RISE begins its second half of the origin of the NIGHT OF THE LIVING DEAD with art by Diego Yapur!

Finally, an interview with Simon Bisley showing the process of creating his TAARNA cover for the magazine’s milestone issue!

What’s your favorite Taarna story? Sound off in the comments!