Head Into SPIDER-VERSE #1 In This Marvel Comics Exclusive Preview

Spider-Verse #1 is out October 2nd, but thanks to Marvel Comics, Monkeys Fighting Robots has an exclusive four-page preview to share with you.

The book is by writer Jed MacKay and a whole host of artists (check out the full credits in the preview below). Joe Sabino letters the book, and Wendell Dalit did the main cover.

About the issue:
Miles Morales finally feels like he GETS this Spider-Man stuff… and then falls through a portal! But isn’t the WEB OF LIFE & DESTINY destroyed? Maybe not, True Believer. But who spun this new web? Regardless, Miles finds himself at the center of a multiversal adventure that will feature a who’s who of creators and characters as the series spins forward! And each issue features #SPIDERSONAS from some of the biggest Spidey fans and comic creators both!

Spider-Man: Into The Spider-Verse was one of the most celebrated films of 2018, a critical and commercial success, and from the cover alone, it looks like the Spider-Verse comic is going to try and capture the same sensibilities as the flick.

Take your first look at SPIDER-VERSE #1: 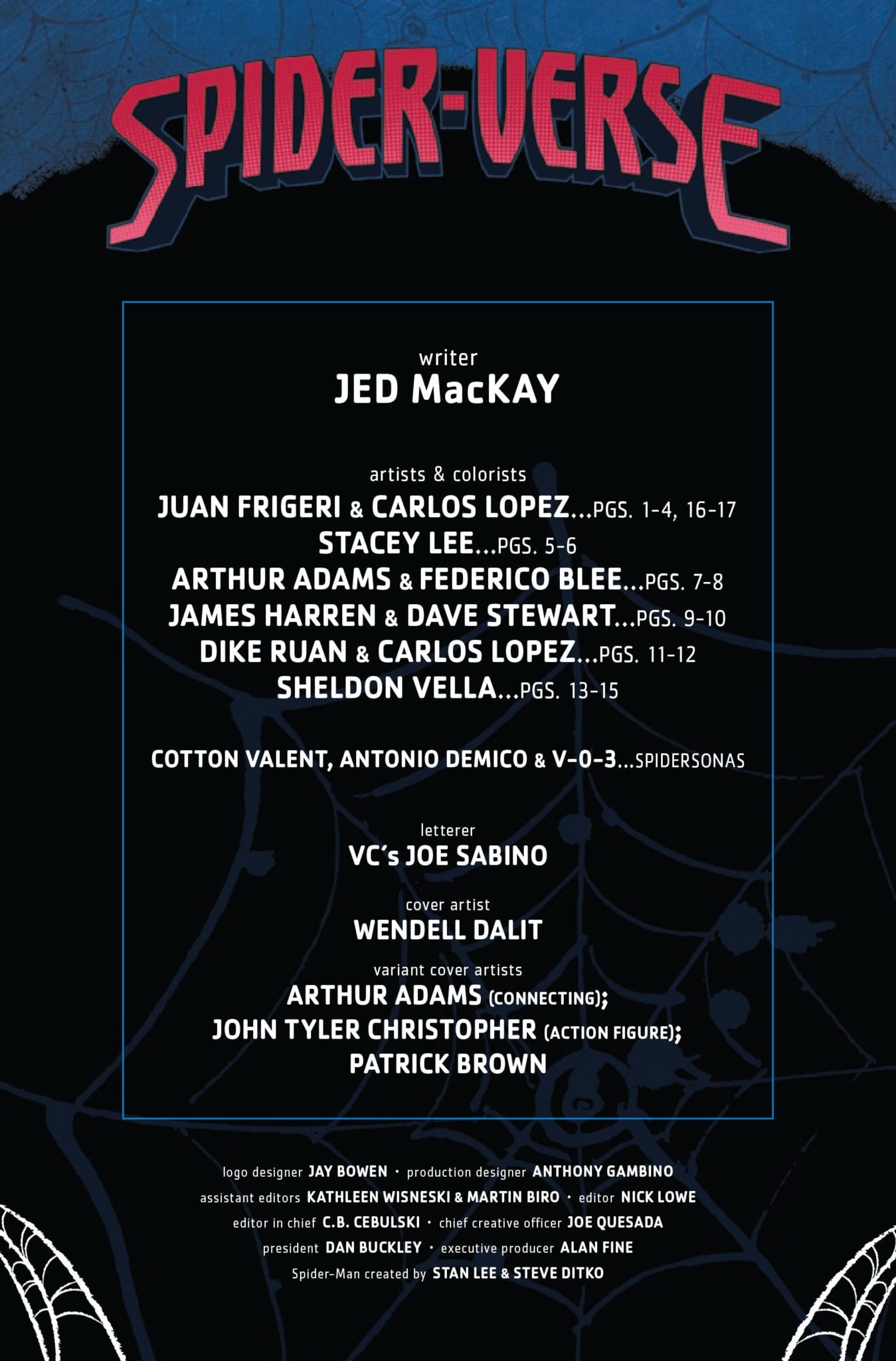 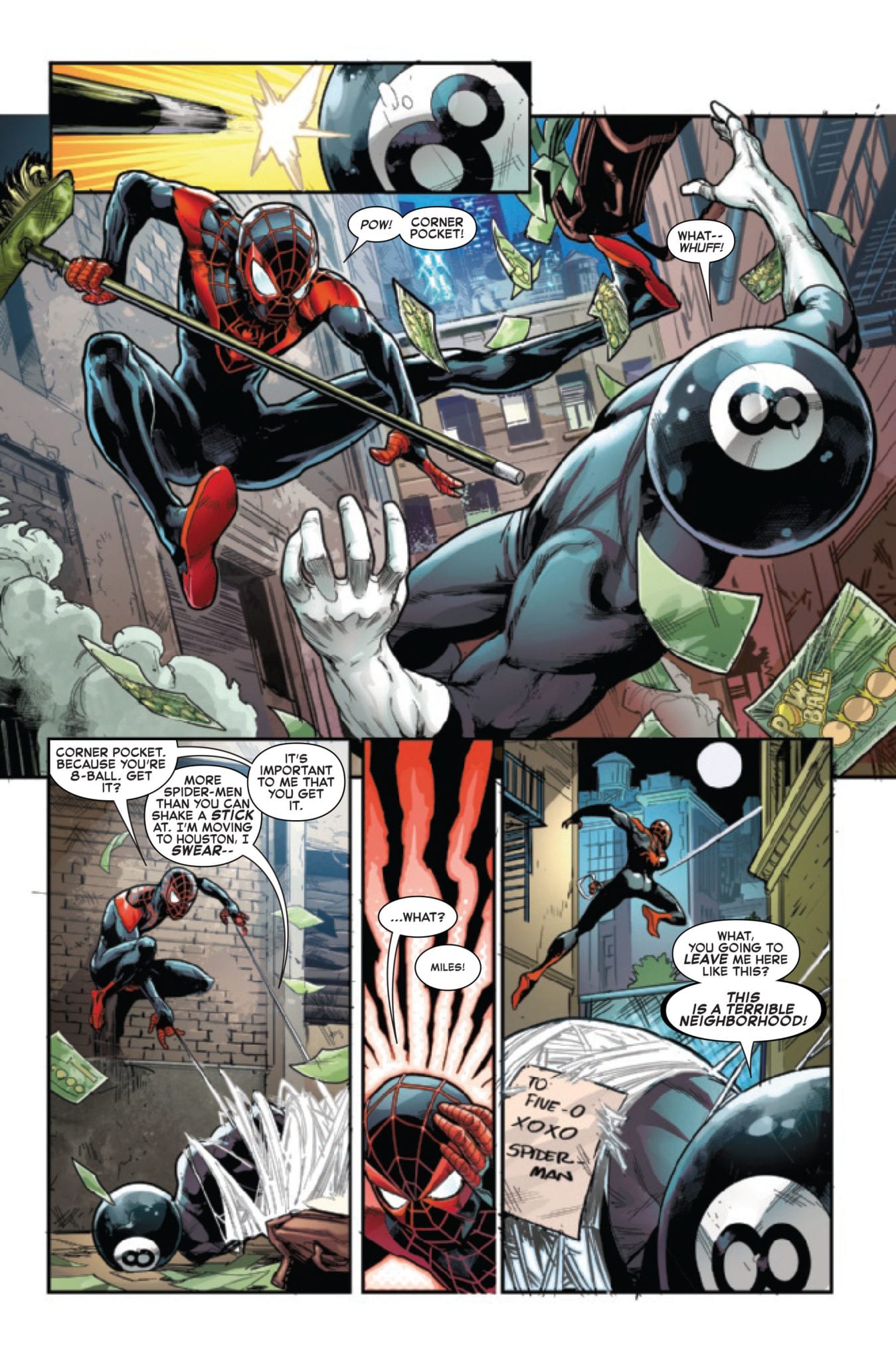 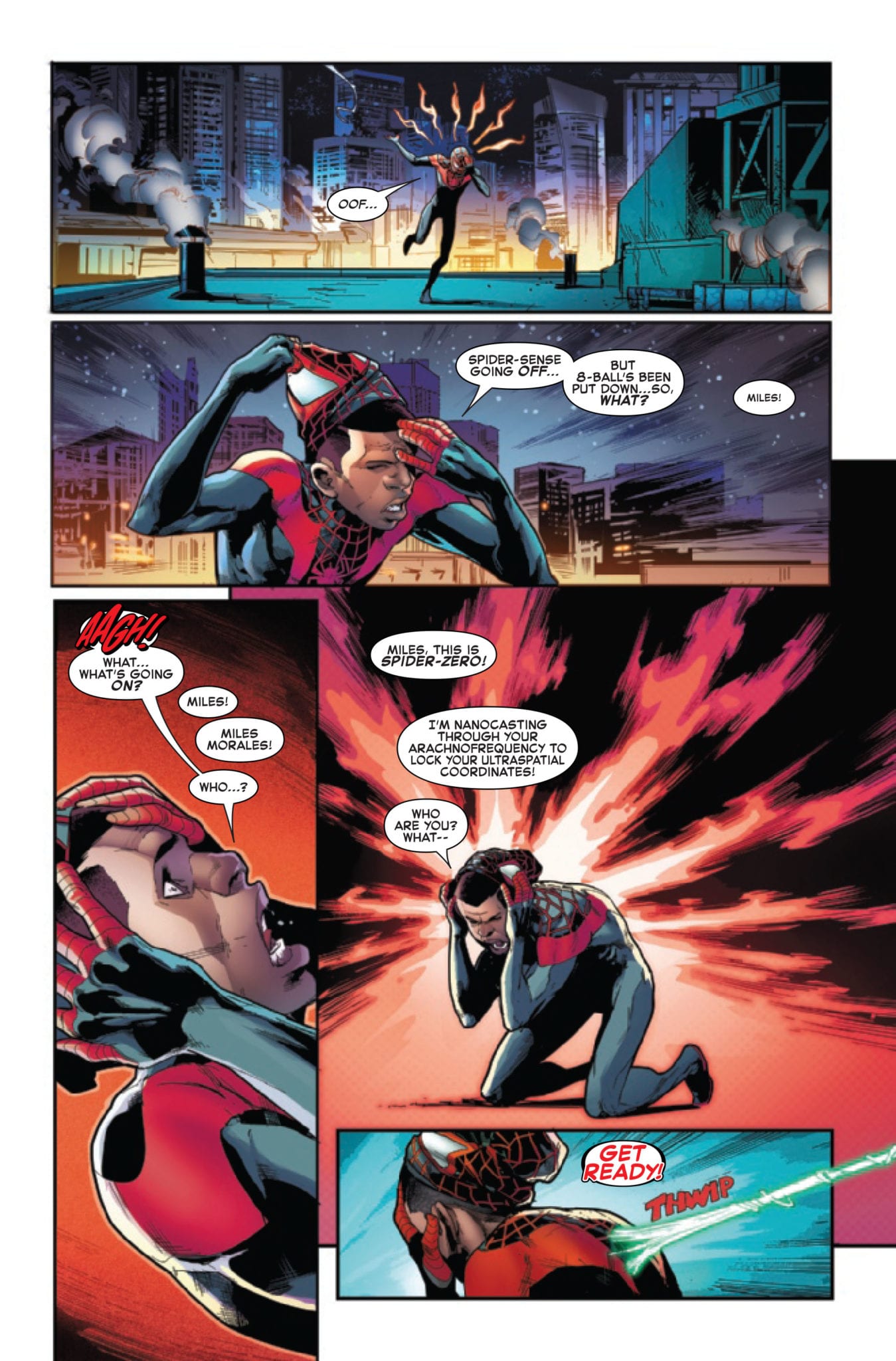 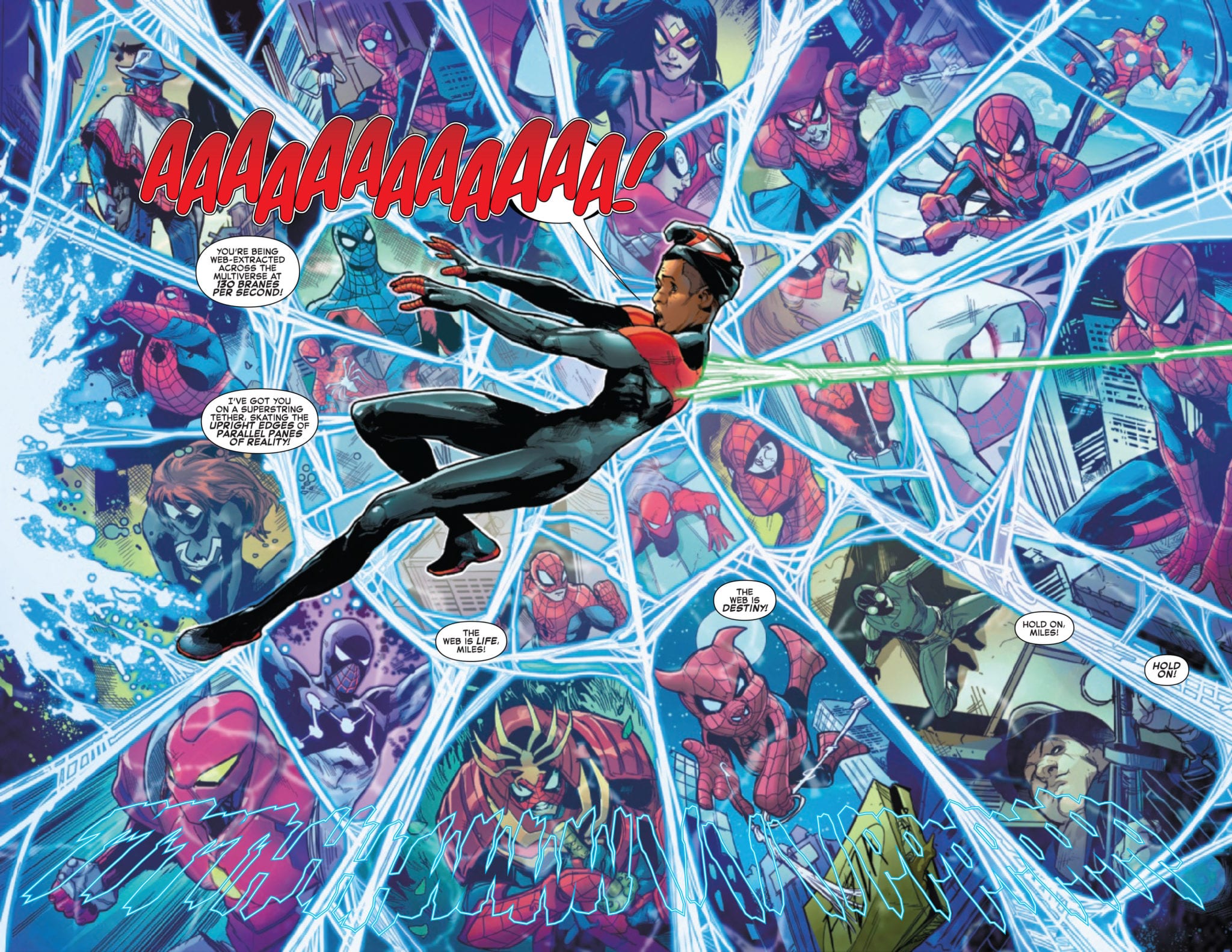 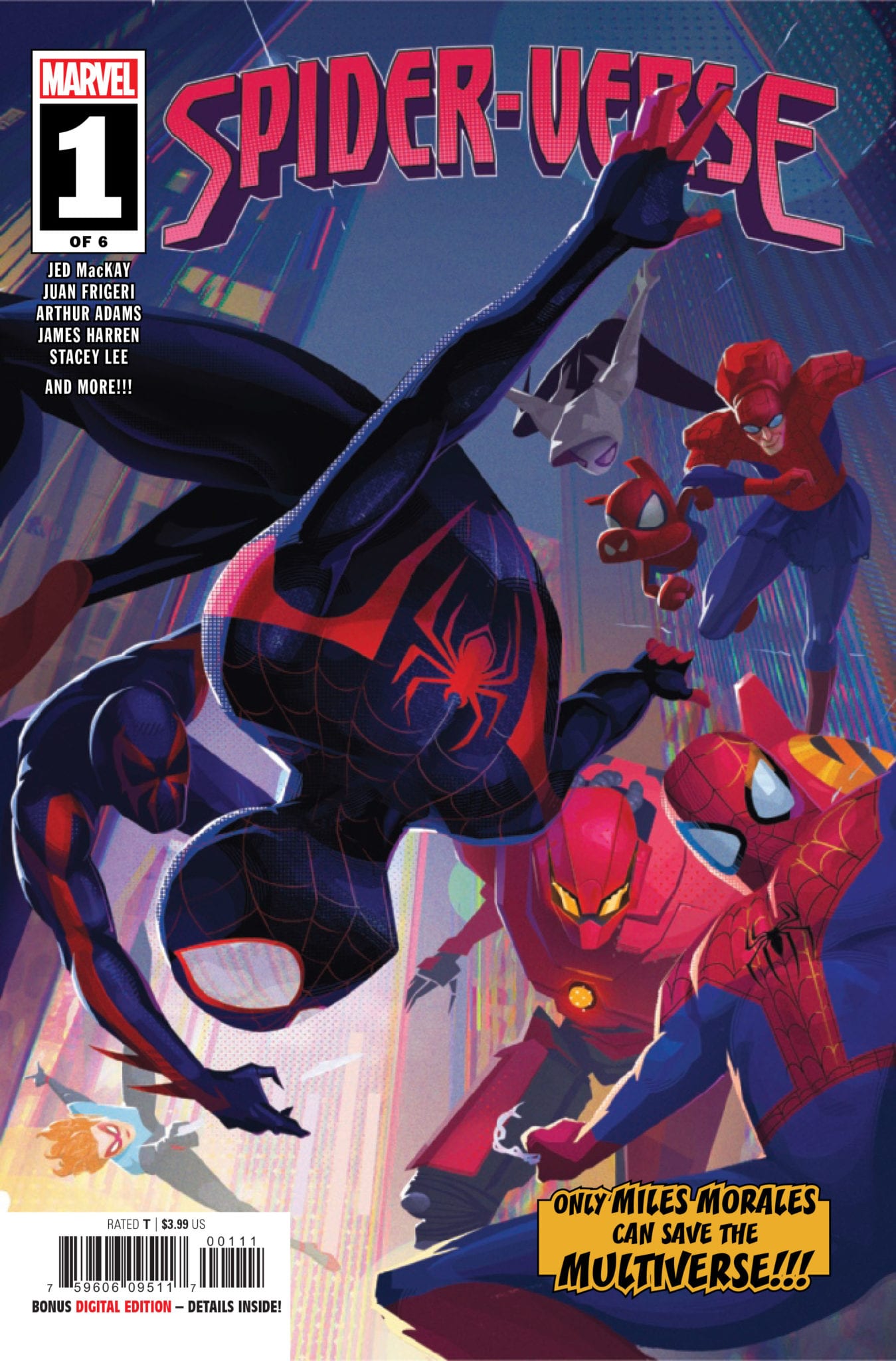 Who’s your favorite Spider-Person (or animal, or robot…)? Let us know in the comments below!