Are you an aspiring witch or wizard who is still waiting for your Hogwarts acceptance letter?  Later this year your letter will be arriving in the form of a new mobile game. Warner Bros. and developer Jam City’s Harry Potter: Hogwarts Mystery allows you to create your own Hogwarts story.  The RPG gives you the opportunity to create your own witch or wizard and attend classes at the famous school.

But before you arrive at platform 9 3/4, you can visit famous stores in Diagon Alley like Ollivander’s Wand Shop where you’re able to test out your new wand.  When you arrive at Hogwarts, you are able to choose from one of the four main houses.  Based on your decisions and interactions with other characters, various quests will become available as well.

If you’re wondering if you’ll rub elbows with “The Boy Who Lived” in-between your Defense Against the Dark Arts and Potions classes, it’s unknown at this point in time.  However, seeing cameos made by certain characters makes it a possibility.  No release date has been set yet, but Harry Potter: Hogwarts Mystery is scheduled to be released sometime this Spring.

The game will be available on both Android and iOS devices. You can now pre-register it via Google Play.  What house will you choose?  What class are you most excited to attend?  Comment and watch the official gameplay trailer below! 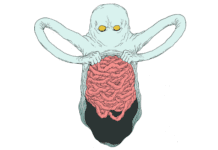