Harley Quinn #64 hits your local comic book store August 7, but thanks to DC Comics, Monkeys Fighting Robots has a five-page preview of this very unique take on the event crossover.

The issue is written by Sam Humphries, who takes you on an emotional rollercoaster as Harley sits bedside with her mother on one panel, and the next panel she’s challenging the order of the universe with Apex Lex.

“That’s the thing about Harley — she’s a character who is allowed to air out her contradictions. That’s what makes her such a great candidate for the Lords of Chaos and Order. When you’re doing a big epic story like the Trials of Harley Quinn and then Year of the Villain comes knocking, you have to bend like bamboo, not break like a promise from Luthor. And that’s what allows us to attack a shared universe crossover event from a different perspective. This is a Year of the Villain tie-in unlike any other. Heck, it’s a tie-in unlike any you’ve ever seen before,” said Humphries.

About the issue:
Harley’s tried everything to avoid Lex Luthor and his stupid “Offer”—she’s destroyed half a dozen of Lex’s drones, she’s changed her name, her cell phone number—she even faked her own death! Why won’t this bald, pasty-faced weirdo take no for an answer? Harley Quinn takes on the crossover event of the summer in this comic-within-a-comic take on “DC’s Year of the Villain”!

Harley Quinn #64 is by Humphries and artist Sami Basri, with colors by Jessica Kholinne and Hi-Fi, and letters by Steve Wands. The main cover is by Guillem March and Arif Prianto; Frank Cho and Sabine Rich worked on the variant cover.

Check out the HARLEY QUINN #64 preview below: 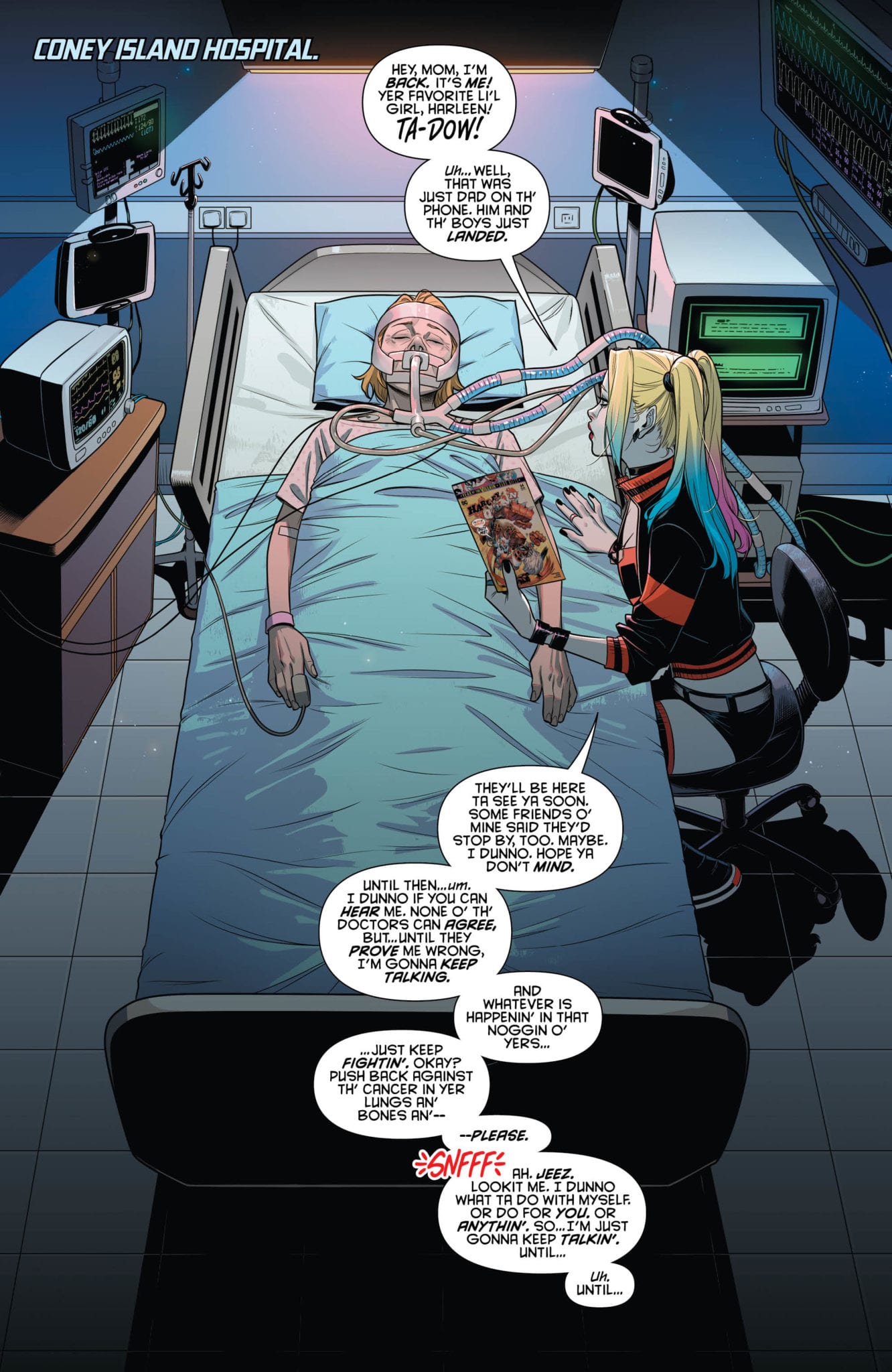 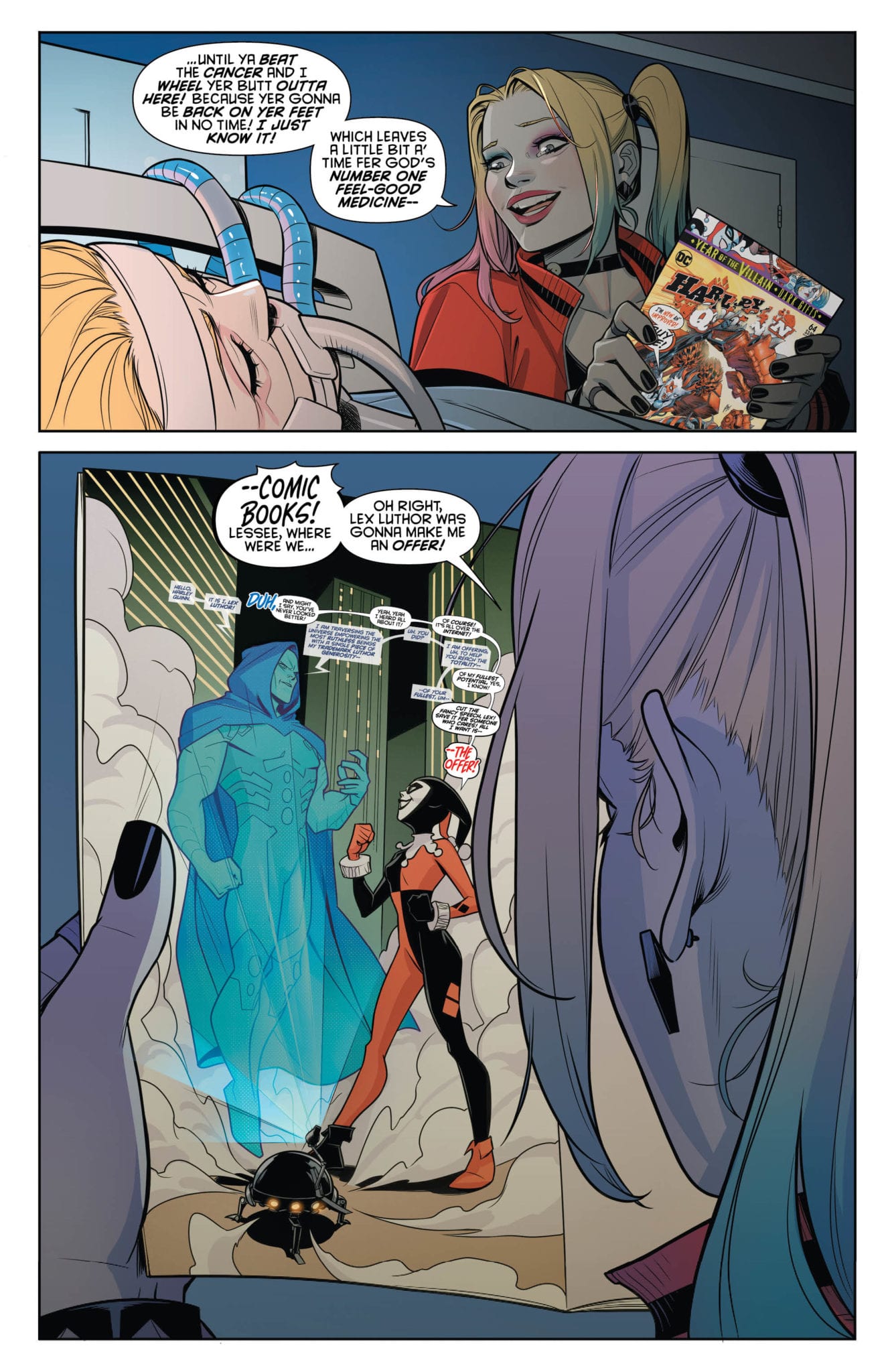 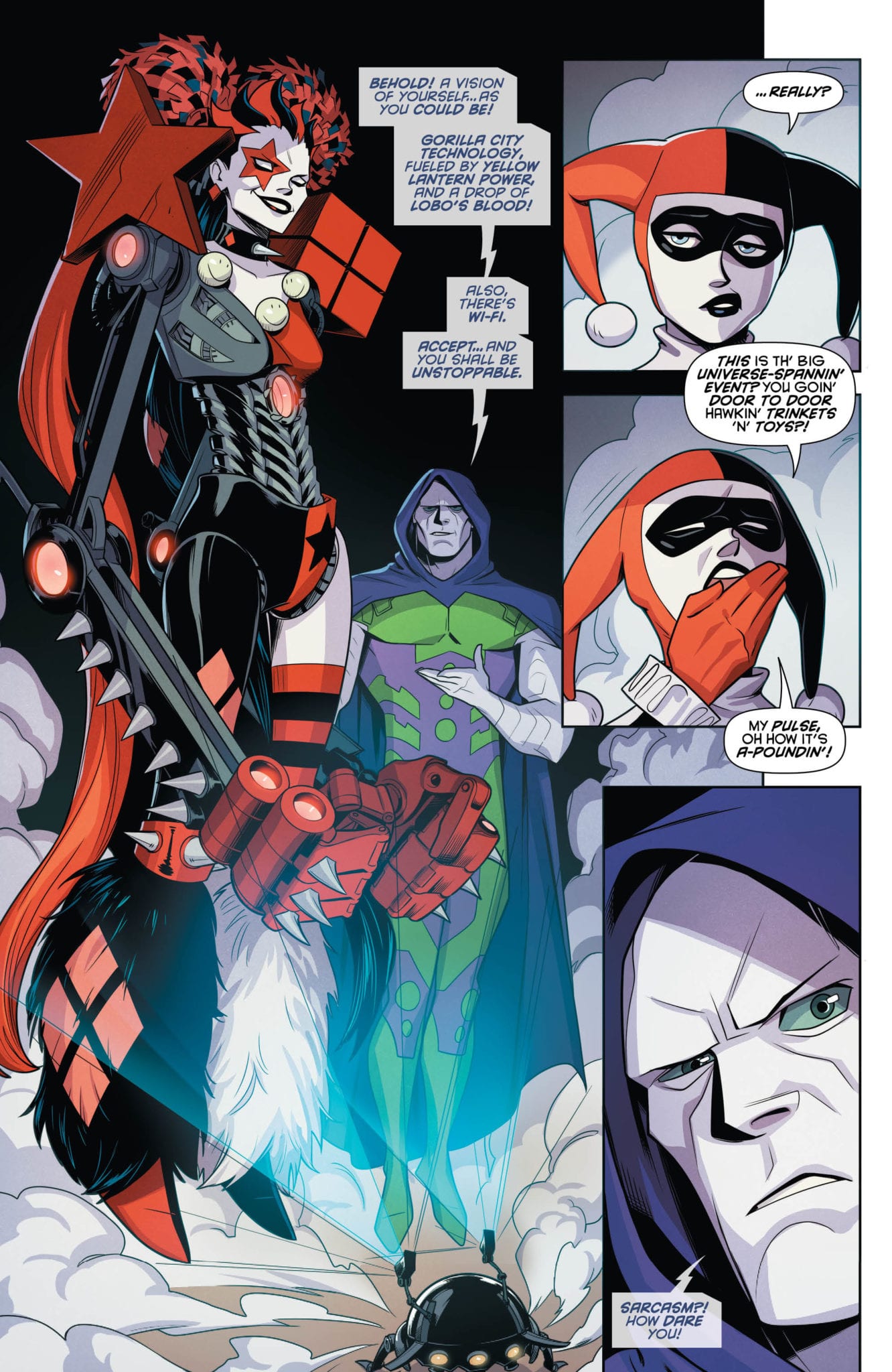 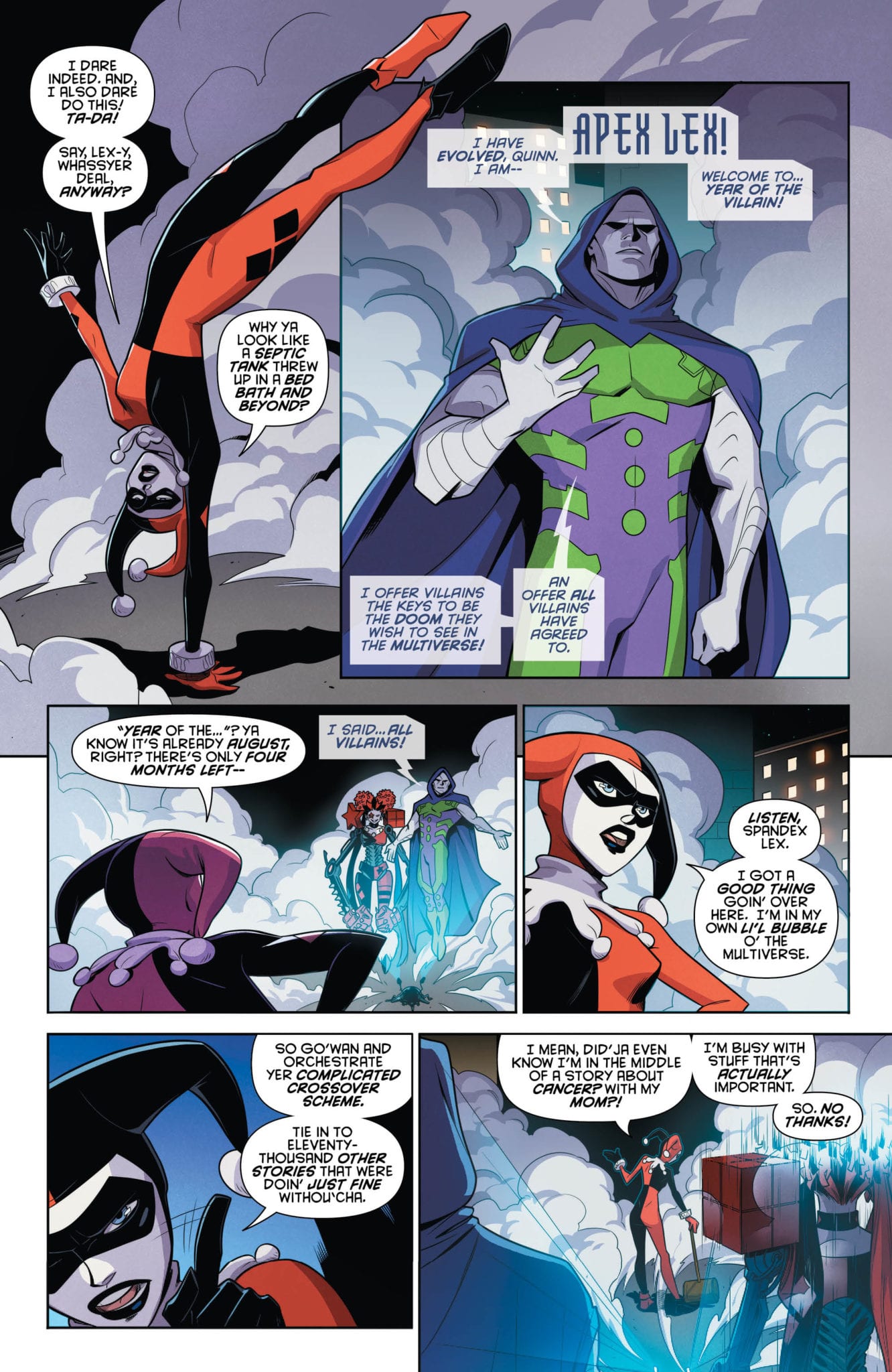 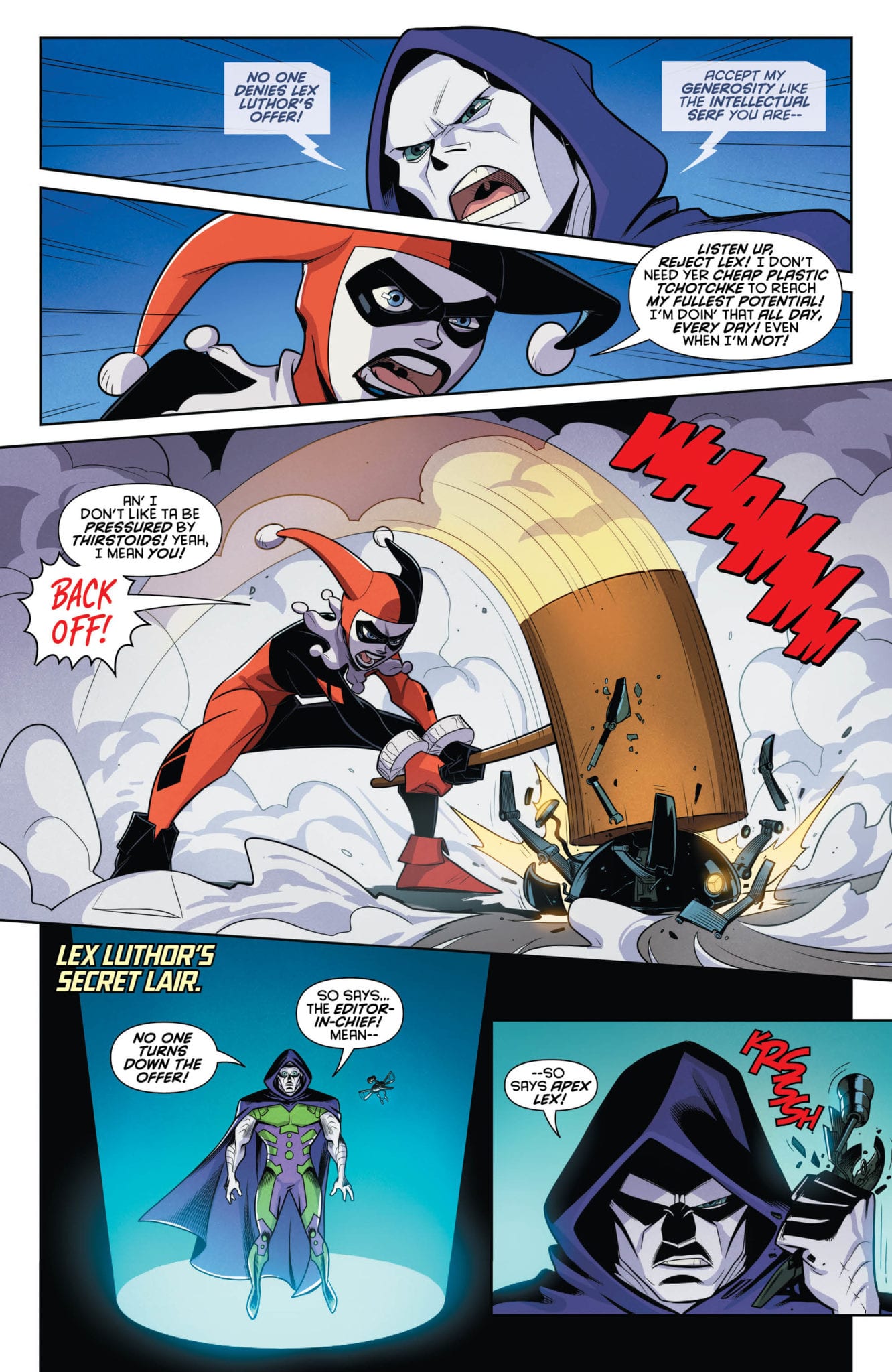 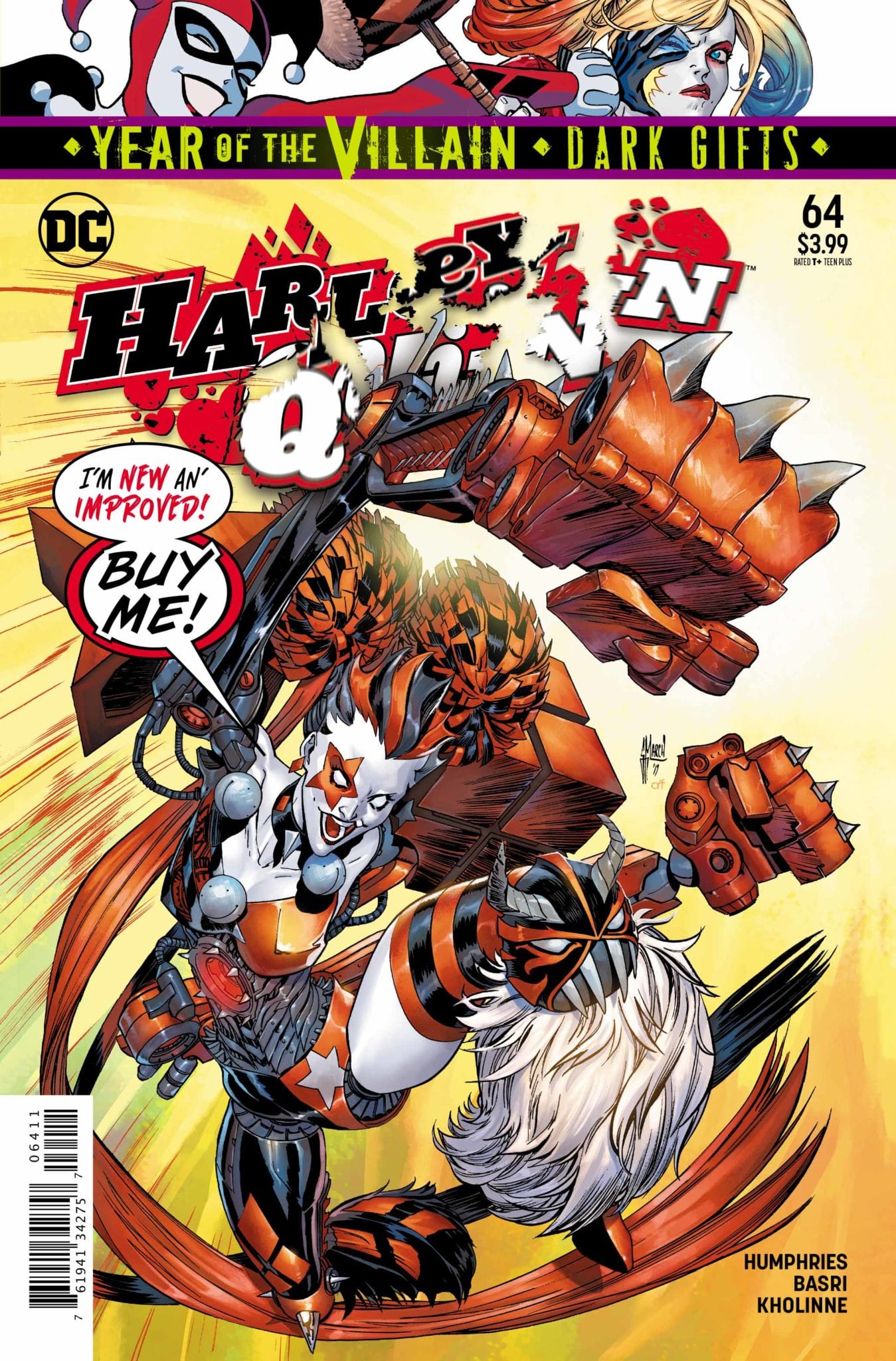 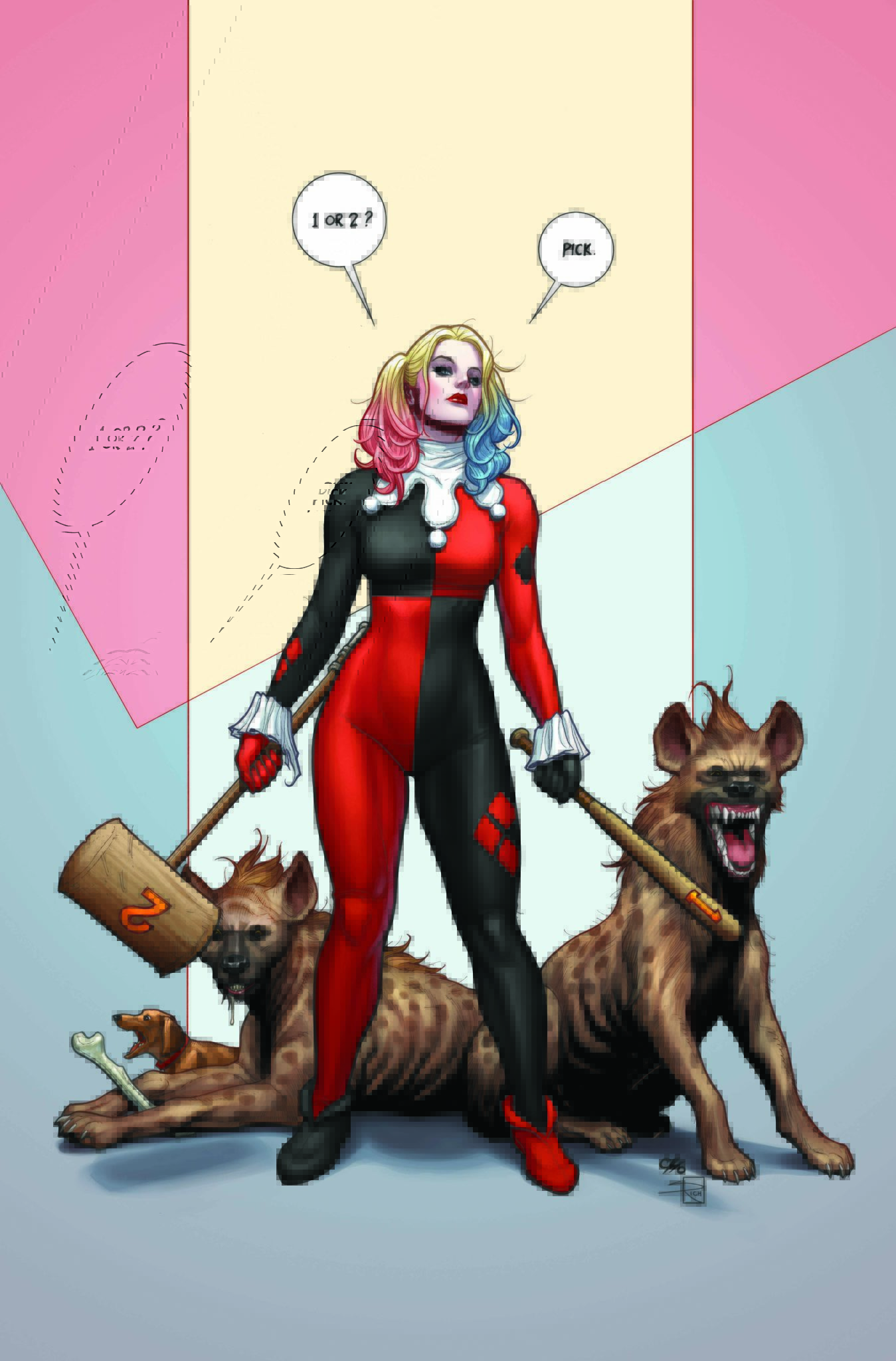 Are you reading Humphries’ Harley Quinn? Comment below with your thoughts.