Veteran writer Steven Grant teams with artist Jesus A. Hernandez Portaveritas to bring back a spy story over half a century in the making. Grant’s continuation of the late Gil Kane’s graphic novel His Name Is…Savage via publisher Paper Movies is a thrill ride of firefights, explosions, absurdly badass escapes and left-hook betrayals. While none of it exactly charts new territory for the genre, it’s enough of a thrill to please even the most jaded of graphic novel and espionage fans alike.

Savage, the ultimate spy and de facto enforcer reining in the intelligence community’s illegal excesses, is framed by an international criminal cabal and on the run from the very government he’s sworn to protect. Savage is considered so dangerous — so violent — that his name and record are stricken from the books. Only to be turned loose when there is no other choice, Savage is the original anti-hero — the cure that could be worse than the disease. 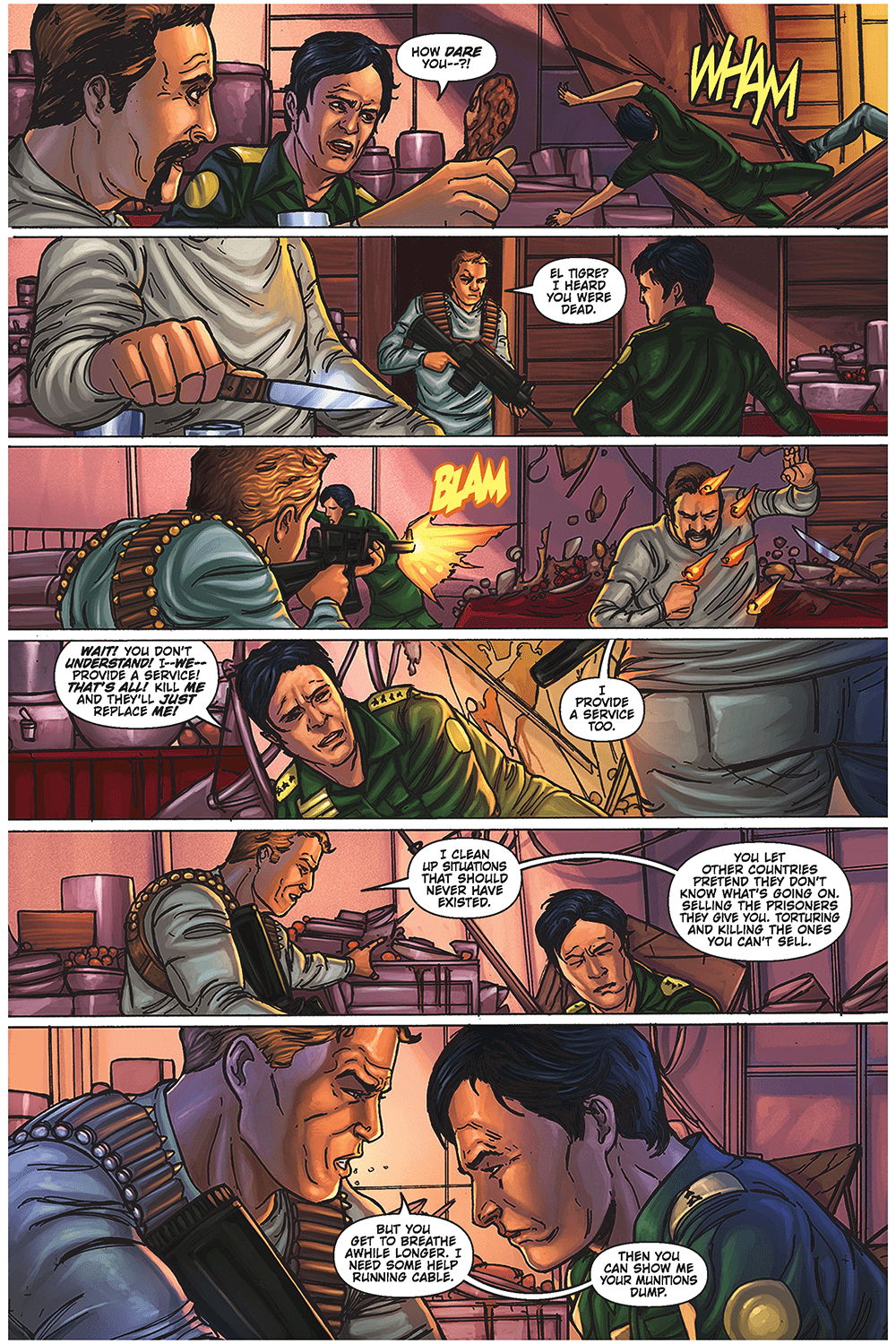 Steven Grant‘s script is a tightly constructed web of shady suit-wearing villains, murky backstory, and of course lots of explosions. Savage’s one-man war against the corrupt shadow of his once-corrupt former employers is a compelling, if not familiar, globetrotting romp of clues, betrayals, and bullets. The action scenes are always well-timed and actually add to the plot’s growing complexity. The cast of untrustable suits that intermittently hunt down or support Savage are many, but they surprisingly aren’t too confusing to keep apart. The cast fortunately thins as the book progresses, as one might imagine. The dialogue is a neat mix of sharply delivered exposition and clever quips. While exposition is often delivered in ways that bog down the plot, Grant finds a way to deliver information in a well-paced and believable manner. A specific aspect of the story that may bother some but thrill others is Savage’s over-the-top skill and complete badassery. Some of the escapes and tricks that he uses to pull off daring maneuvers are so completely overpowered it’s genuinely hilarious. Personally, I found this wildly endearing and had a blast with this specific aspect. However, there could definitely be some whose suspension of disbelief can only go so far. Savage’s only real characteristics are his objective morality about corruption and his insane ability to kill people. For this type of graphic novel, this is completely okay in my book. 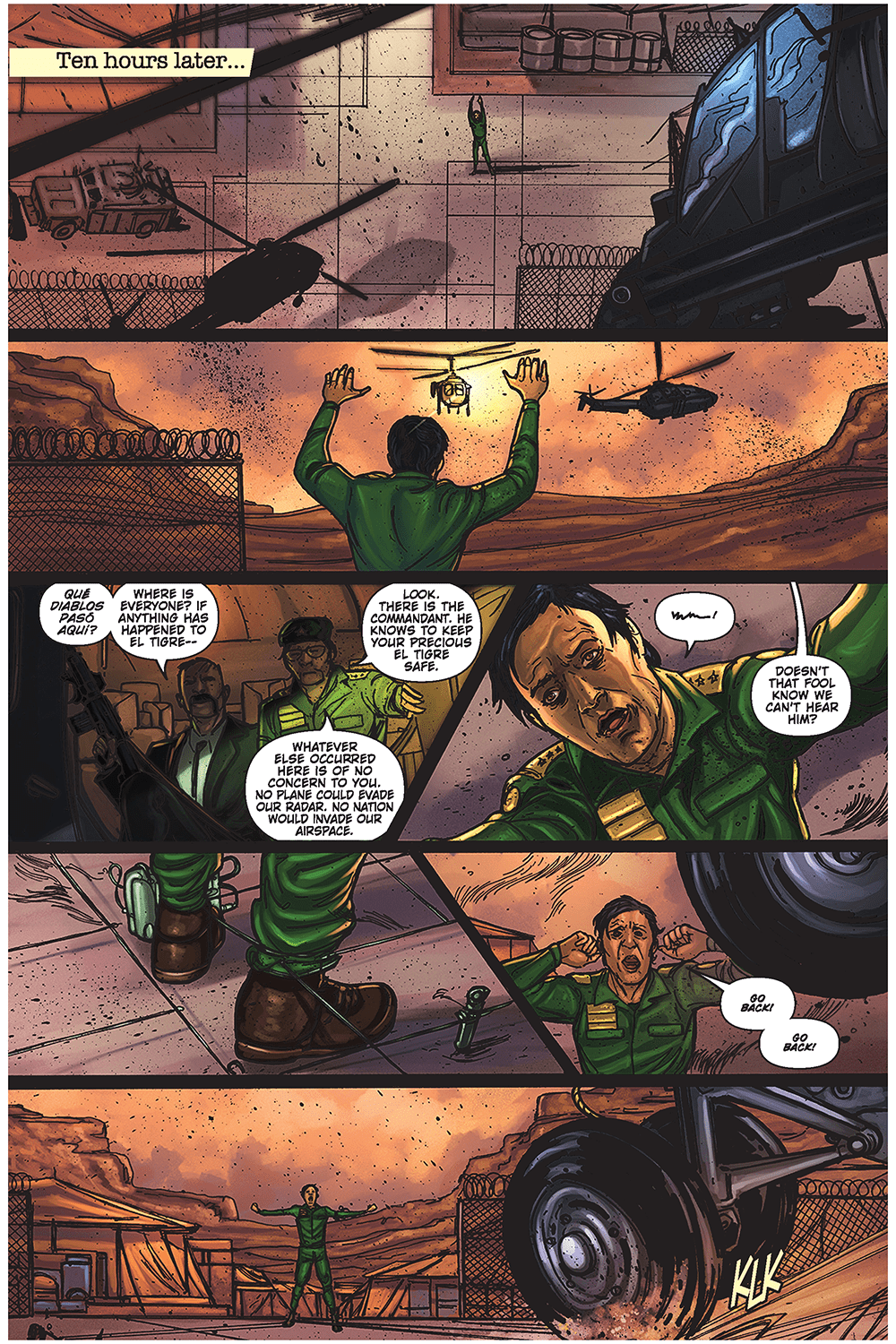 The pencils provided by Jesus Antonio Hernandez Portaveritas are sold, but unfortunately a bit of a mixed bag in the latter half of the novel. The character art ranges from a stellar sharpness at its best to distractingly rushed at worst. Environmental detail is fine when focusing on the centers of panels, but is often unimpressive upon further scrutiny. It’s possible that the art here was actually rushed at some point due to the art’s inconsistency in the back half, but that’s only speculation. It’s completely serviceable overall. Raul Manriquez’s colors are what may really save the art here. The range used in the palette is expansive, from dull greys used in flashbacks to the vivid colors of urban environments and explosions. The coloring in Savage is fantastic and multilayered, giving serious depth and pop to the visuals as a whole. 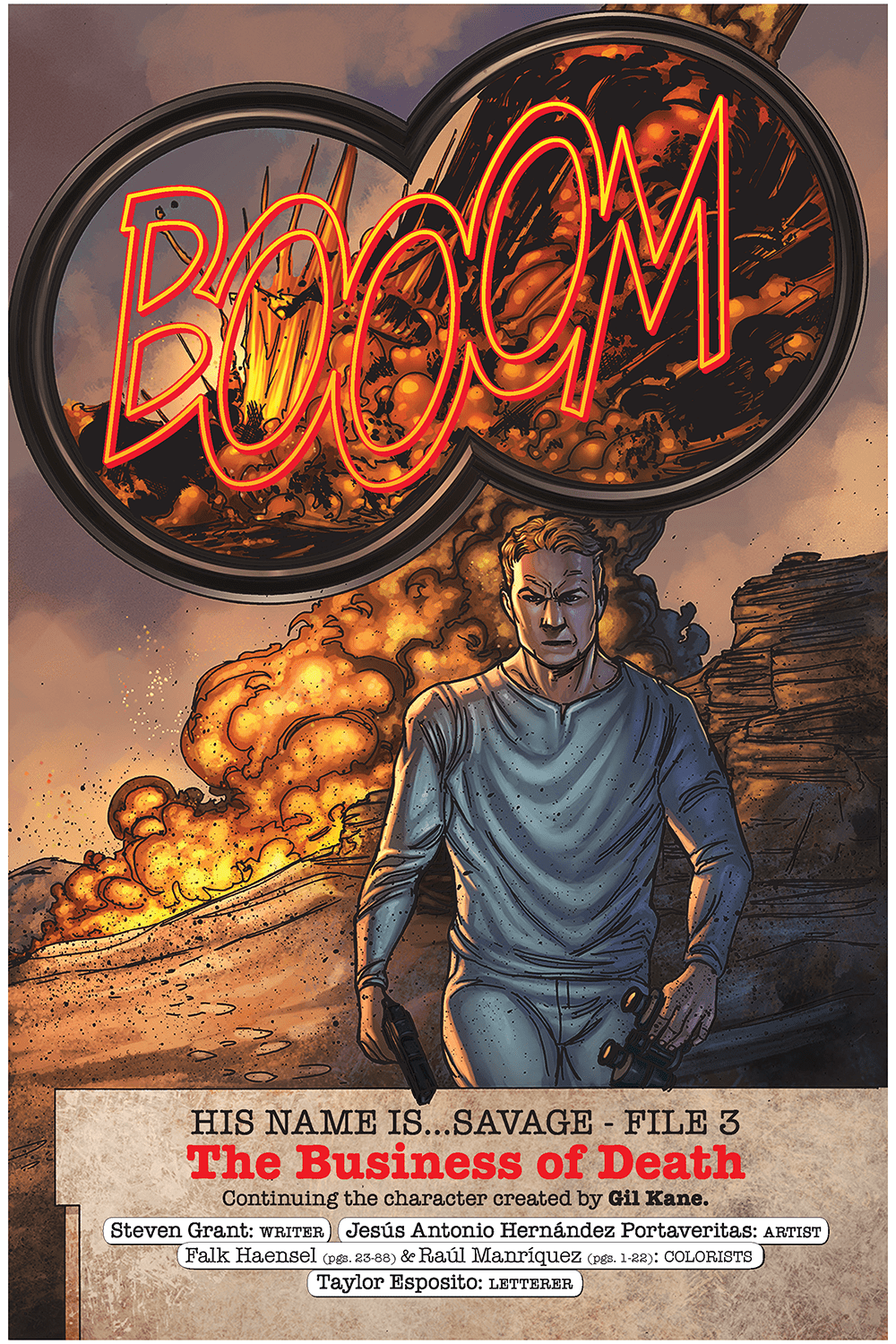 His Name Is… Savage is an engaging blast of a spy story. Steven Grant’s grasp of maintaining a complex but easy to follow plot that’s fun and fast-paced is truly impressive. While the artistic integrity of the book is a bit inconsistent pencil-wise, the colors add a massive flair to the visuals that make this graphic novel a true joy to read. While this book doesn’t do anything new with the genre, it still pulls off classic tropes damn well. If this kind of ride piques your interest, order it online or through your local comic shop today!

Stewart Grant's action-espionage graphic novel some fifty years in the making is a brisk blast of a read and a damn good time to be had. Graphic Novel Review: HIS NAME IS...SAVAGE