The Flash’s latest sinister speedster has remained a mystery. While we’ve learned the identity of his henchman, Dr. Alchemy, little is known about the “god” himself. There are a couple of theories out there about who Savitar could be. But one of the strongest choices seems to be the youngest speedster to hit the series. What if Wally West is the villainous Savitar?

WARNING: SPOILERS FOR ‘THE FLASH’ S3 DISCUSSED BELOW

One of this season’s major plot points have been Wally becoming Kid Flash. He got his powers from Savitar, partially because of his jealousy of Barry and Jesse. Since then, he’s been getting faster and faster – faster than Barry, even. Keep in mind that being faster than Barry is the major trait of every primary Flash villain. The Flash tends to pull from pre-existing characters when making their villains, in the hopes of shocking fans. What could be more shocking than Barry’s sidekick turning on him? Since getting his powers, Wally has butted heads with nearly everyone except for H.R. All of the previous evil speedsters have been people Barry trusted. It was Wells-Thawne in S1, and Garrick-Zolomon in S2. Wally’s been around for a little bit longer than either, lasting more than one season. But that makes for an understandable build-up, as The Flash has to continuously raise the stakes. Wally was introduced as an angsty street racer, who felt abandoned by the Wests. Barry also gave Wally one hell of an inferiority complex, playing into classic family drama. While the two have been friends for a while, it would make sense for this conflict to resurface with the arrival of Wally’s powers.

Don’t forget how Wally got his powers. Most every character in The Flash got powers through accelerator explosions or timeline rewrites. Wally was gifted his powers by Savitar, a man intent on taking down Barry Allen. Since coming to Earth-1, Savitar has given many people powers based on their role in Flashpoint. He was specifically giving powers to people who had beef with The Flash. Why would he give Barry’s protege his powers too? Because Wally would grow up to be someone else… SOMETHING else.

Now what would push Wally to turn on Barry? Well, in ‘The Wrath of Savitar,’ Savitar said Barry had “trapped” him in the Speedforce. In the same episode, we see Wally yanked into the Speedforce, while Barry watches on in fear. It’s possible that, if Wally was feeling particularly bitter, he could see that as Barry’s fault. We haven’t seen Wally fully get over being stuck there, basically being tortured Because Barry didn’t save him, Wally was trapped for what could be an eternity. Don’t forget that the post-Flashpoint world is, in many ways, a darker timeline. Cisco’s brother had died, Caitlin struggled with being a villain, and Iris and Joe weren’t on good terms. It’s possible the new Wally isn’t just powerful, but bitter and vengeful. 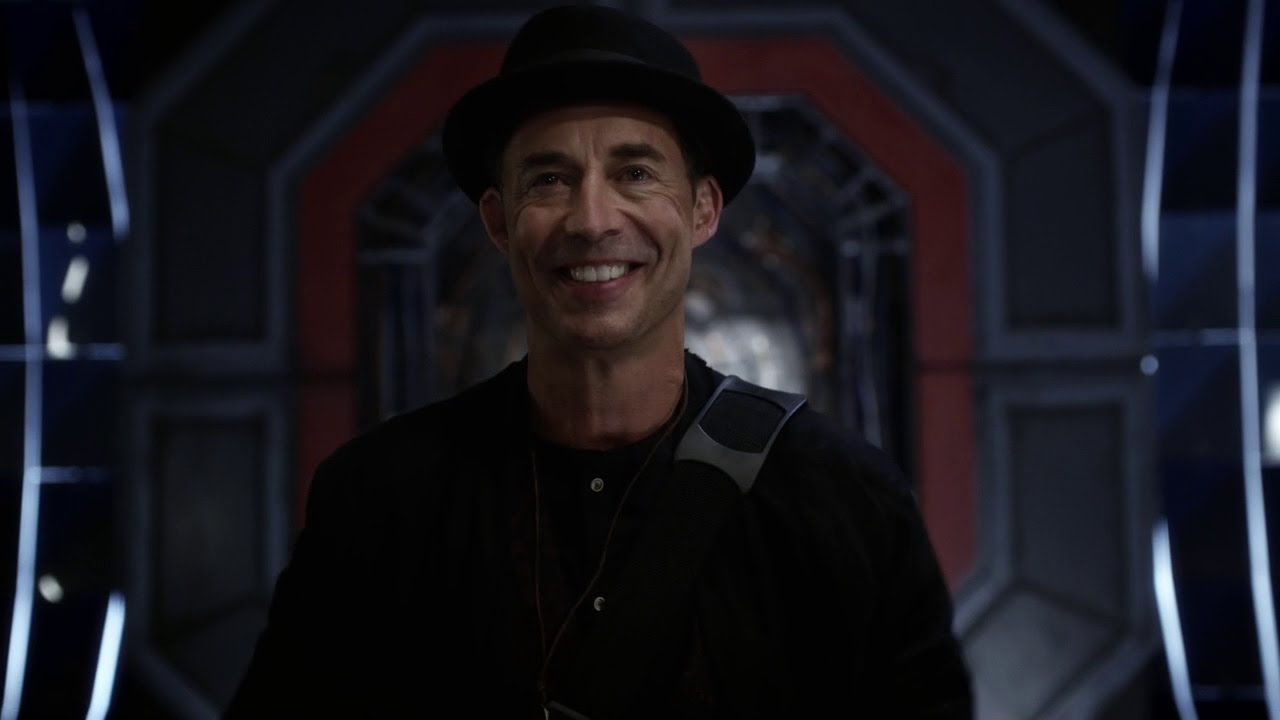 This would explain why Savitar seems to spare two individuals from his wrath – Jesse and Wells. Looking back at Savitar’s comments, there are only two members of Team Flash who survive. Savitar said H.R. would live through the events Savitar has planned for the group. Then there’s the Savitar-Jesse interaction during ‘Into the Speedforce.’ Savitar says he has plans for Jesse – who, keep in mind, is Wally’s girlfriend. If Wally grows up to become Savitar, it would explain why he spares his mentor and girlfriend.

Though if Wally is Savitar, why would he kill Iris? Wally has never been as angry with his sister as he has with Barry or Joe. That being said, Wally has never been as close with Iris as he was in, say, Flashpoint. His problems with Joe carried over to Iris, especially when she interfered in his street racing days. Also, Wally’s hatred of Barry may overwhelm his love of Iris. We’ve seen a similar situation play out with Prometheus over in Arrow. So if Wally is driven to the point of becoming Savitar, it makes sense that Iris wouldn’t survive just because she’s family.

BE SURE TO CHECK OUT OUR WEEKLY REVIEW POST FOR FLASH, SUPERGIRL AND ARROW!

Keep in mind how important Wally’s time in the Speedforce was. Spending any amount of time in the Speedforce could drive a person mad. Barry had his powers for years before going into The Speedforce. Wally was thrown in against his will, taking on the punishment meant for the most sinister Speedster. We haven’t seen Wally make a full recovery, and he’s definitely full of fear. Not to mention that Savitar managed to get in Wally’s head before coming back from the Speedforce. That makes the perfect recipe for evildoers.

Now keep in mind, it’s probably not THE Wally – that is, the one we know. At the very least, Savitar would be some alternate future version of Wally West. One that was specifically born from Barry’s Flashpoint meddling, mind you. It would be a further illustration of how The Flash tends to repeat the same formula for villains. Reverse-Flash was Thawne posing as Harrison Wells. Hunter Zolomon used a… time remnant Jay Garrick? That bit is still kind of confusing. But Savitar is likely a bitter adult version of Wally West, who’s sworn to kill Barry for letting him be tortured.

Monkeys Fighting Robots is not the first site to make such a prediction. Nor is this the only theory around Savitar’s identity. Some have theorized that Savitar may be H.R. Wells, or a future version of Barry Allen. However, it seems less likely Barry’s time-travel nonsense would create a bitter Barry, as opposed to a bitter friend. Savitar stresses how he is a PRODUCT of Flash’s meddling, not a TRANSFORMATION. The “Future Flash” argument works for Wally, too – his name is Kid Flash, after all. And H.R. seems too much like a by-the-books comic relief character to turn heel as Savitar.

Who do YOU think Savitar is? Do you think it may be a future Barry? Could it be someone else, like Julian or Thawne? Let us know your thoughts in the comments below!