Review: THE FLASH #78 shows off the Terror of the Black Flash

The Black Flash Lashes Out Against the Forces

The Forces are in danger of collapsing. As the Sage, Strength, and Still Forces continue to make waves on Earth, the Speed Force is beginning to grow weaker. As Barry, Wally and Avery try to figure out what is wrong; the Flash Museum gets a surprising guest: The Black Flash. The speedster of death, however, isn’t here to claim the life of a speedster. His targets are the other Force users, attacking the Still Force’s avatar, Steadfast first.

Barry is able to save his new ally and cause the speedster to vanish but realizes he needs to gather the other users to keep them safe. He is able to convince Fuerza and Psych to meet up, but the latter sees a vision of the Black Flash. Afraid for his life, Psych uses his Sage force powers to cause Steadfast to lash out. Can the Force users get their act together, or are they doomed to die at the hands of the Black Flash? 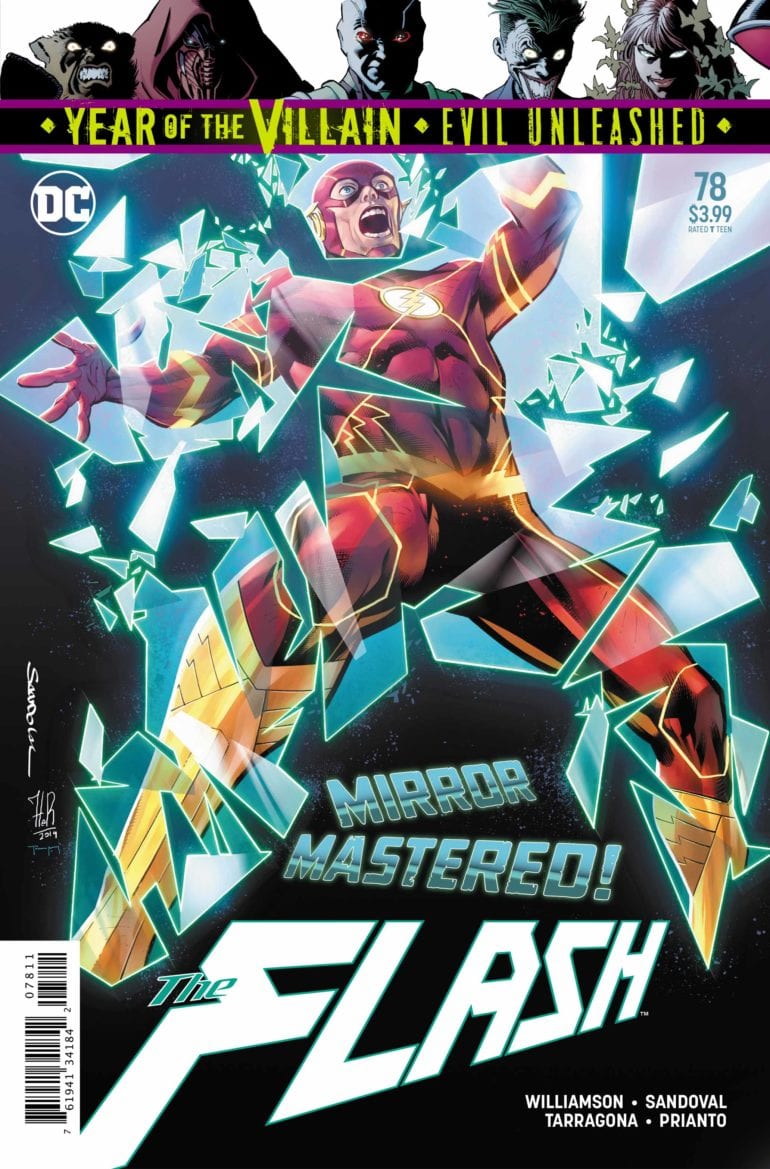 After a brief opening of Barry saying he’s felt the Black Flash always right behind him, we return to the present where the Force users are fighting each other. Psych refuses to believe he could keep any of them safe and uses Steadfast lashing out as an escape. Using the lessons he learned from Year One, Barry is able to short out Steadfast’s powers and free him from Psych’s control. Realizing this could cause their powers to drain faster, the Force users fall back to the Flash Museum. Meanwhile, CaptainCold searches for the next Rogues to recruit: Mirror Master and Golden Glider. 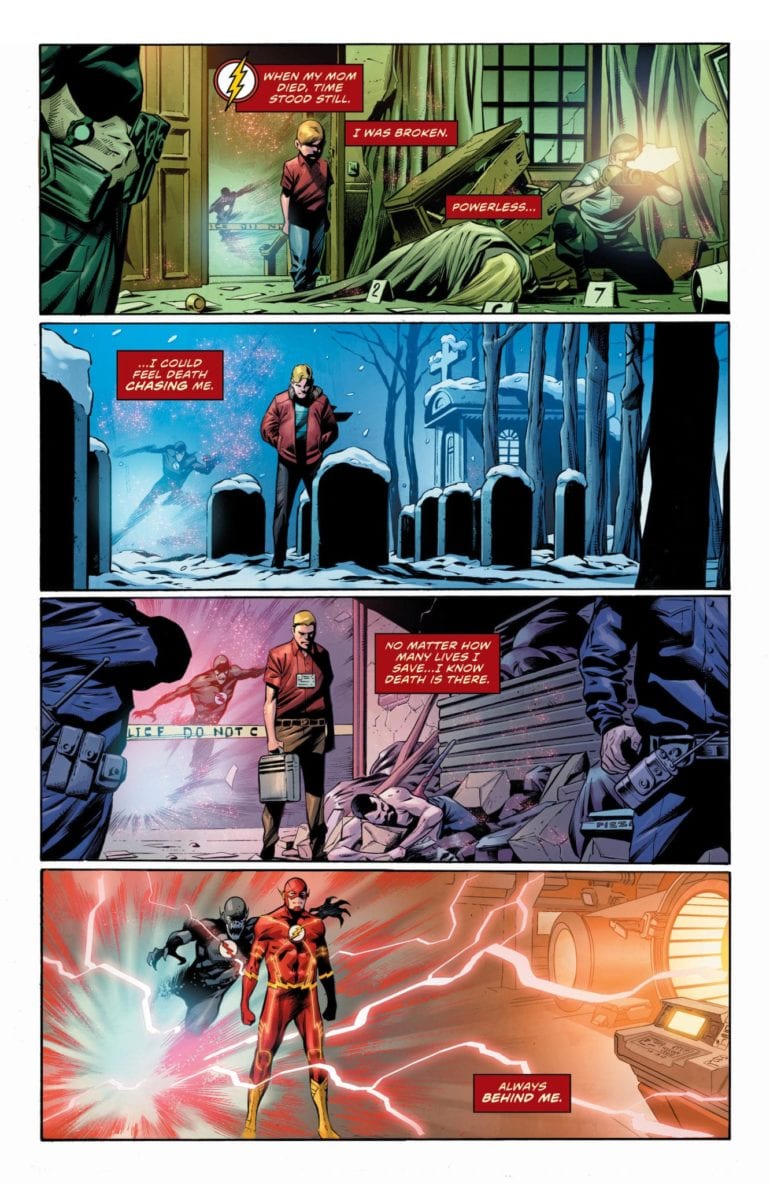 This issue will definitely be a let down for a few people, as most of it is exposition of how dangerous the Black Flash is. We do get an epic opening battle between the Force users as well as glimpses of action between the younger members of the Flash Family, but for the most part, it’s catch up. On the one hand, a new reader might want to know how dangerous of a threat this Black Flash is. We are able to see the full effect of him with the monster claiming his first victim at the end of the book. However, when Commander Cold explains how they can’t outrun him, he has no proof to show it.

On the subject of Cold, the rogues building back up in the side story feels forced. It has no impact on the current story and while seeing the new designs are cool, it feels like this was added at the last minute for Year of the Villain. There is no doubt this will be a great story in the future, but for now, our focus should be on the Flash and the other Force users. 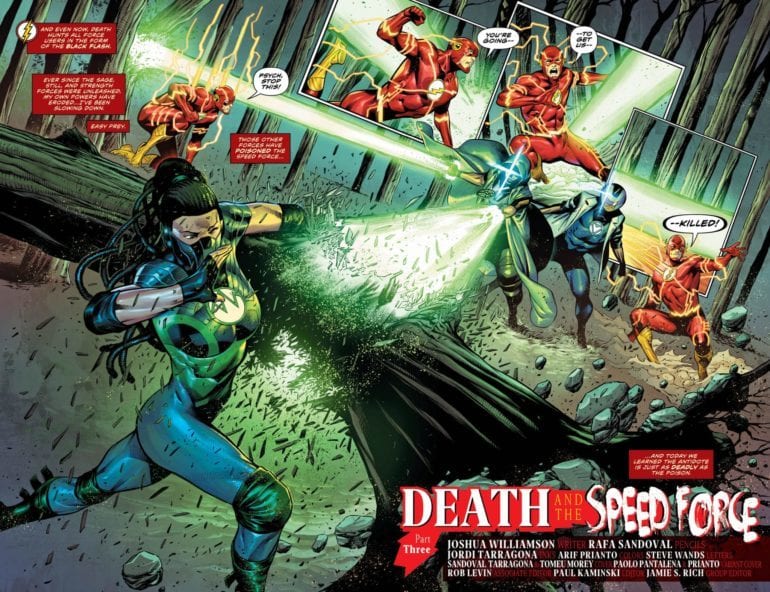 While my gripes with the story are large, the art from Rafa Sandoval continues to be amazing. The designs for each of the characters and their powers are breathtaking, especially the new Rogues and Black Flash. The villains look more threatening than ever, with an actual chill running down my spine after Black Flash claims his first victim. Add that with incredible colorwork, and we have a great looking comic.

This issue was a bit of a letdown. While the art is very well done, this issue slows down a bit on the action. We get a cool explanation of the Black Flash, but it can get a bit boring without a battle against the speedster of death. The ending certainly gets this reviewer excited for next issue, but not enough to praise this one.