Review: THE FLASH #76 Sees the Return of the Family with a Deadly Old Threat

The Flash faces an old enemy to kick off Death of the Speed Force!

The Flash Year One has come and gone. As we return to the present, Barry has made a new ally in the form of Steadfast, wielder of the Still Force. With the coming war between the Forces, Barry decides he has to reorganize himself and his family. The first step comes in the form of rebuilding the Flash Museum. After completion, he makes amends with Commander Cold and asks him to help upgrade the museum. While all of this goes on, Captain Cold has been working with the Suicide Squad but was freed due to Lex Luthor and his pursuit for new members. Is the leader of the Rogues coming home to face The Flash once again? 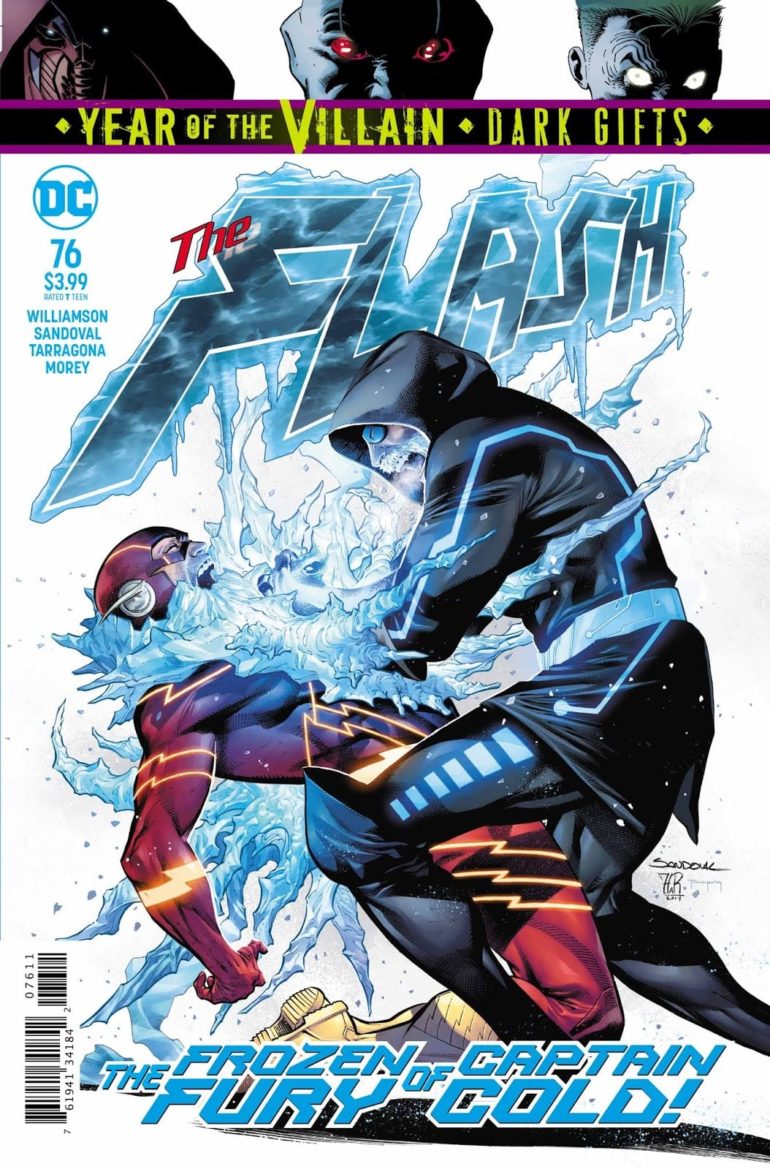 We open our tale with the two youngest members of the Flash Family taking on Tarpit and Girder. While they are formidable foes, the young speedsters were able to outrun them in the past. This time, however, Wallace and Avery are having a hard time keeping up. Before they can lose, Barry pulls them to safety. He gives them a quick rundown on how they could use their lightning to fuse the villains. The young speedsters do it, and the pair of villains end up a large mass stuck to the ground. As the cops arrive to take the pair off to Iron Heights, Flash offers to show Wallace and Avery the improvements to the Flash Museum, including their new base of operations, the Speed Lab. Meanwhile, in Barcelona, the new and improved Captain Cold finds Heat Wave for their next big heist. 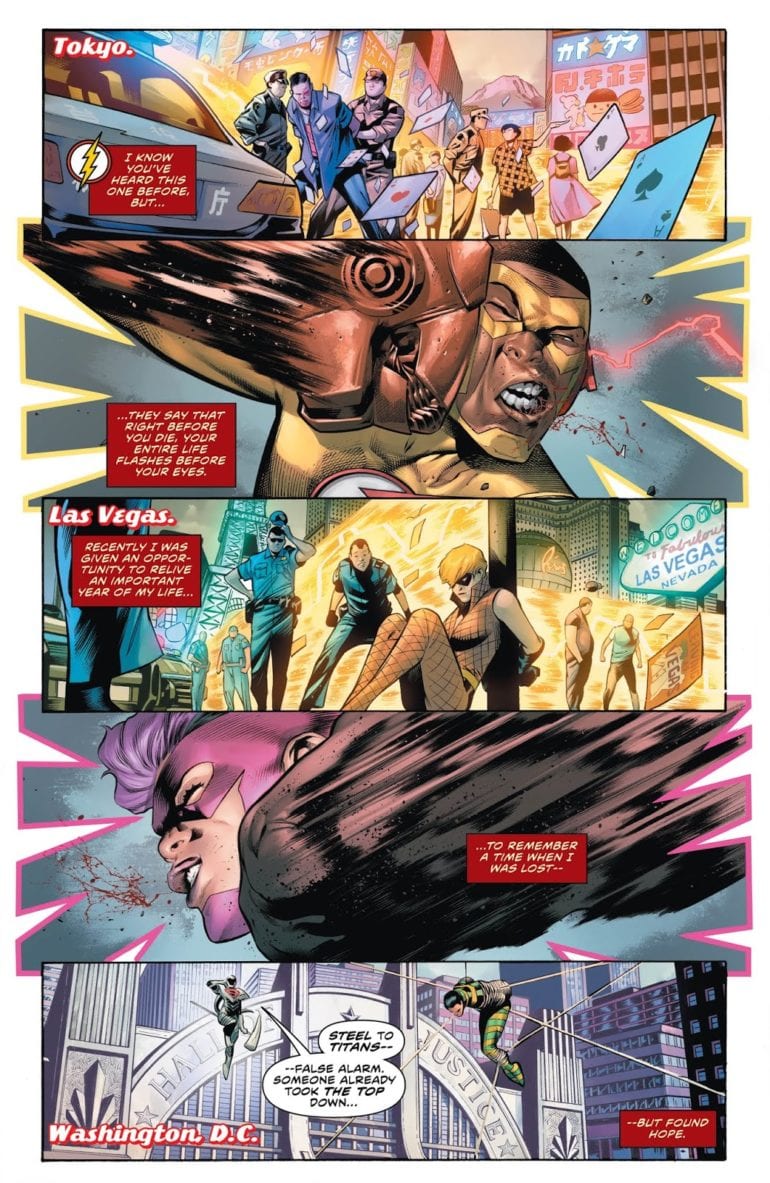 This opening chapter is a bit of a mixed bag in terms of theme. On the one hand, it feels like a new start thanks to the new lab and how Flash is now teaching the younger members how to be more calculating in their approach. On the other hand, this feels like we’re approaching the climax of the New Forces overarching story. It will be ironed out throughout the upcoming issues, but it was a weird sense, to say the least.

That being said, the content within the issue is still pretty awesome. The action sequence is a great way to show the new methods Barry is going to use moving forward. We see that Flash and his family are evolving with the world as new forces and enemies come around. While that doesn’t mean characters entirely change, it is a start, and that’s a good sign. Another great part is the cliffhanger ending, revealing another player to this giant war of Forces. While I won’t say who it is, it brought a smile to my face and dread in my heart. I can’t wait to see how this arc plays out. 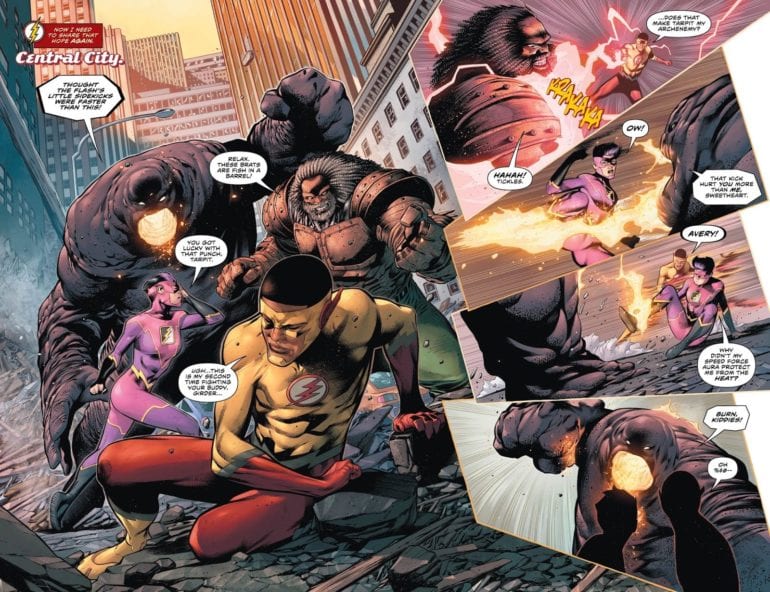 Rafa Sandoval has returned to The Flash series, and his style continues to be amazing. Every panel is well done, capturing the emotion or action near perfectly. The prime example of this is the opening battle, where Sandoval uses excellent detail in the speedsters’ powers. The speed blurs on Wallace and Avery look awesome and show the speed behind each of the young heroes.

Sandoval also did a great job in the designs of Cold’s new look and our surprise character. Cold’s new outfit is the amalgamation of the New 52’s metahuman power and the technology we’ve come to love from the character. While I can’t say the choice of color is my cup of tea, it fits the Year of the Villain motif that has been growing. If the rest of the Flash Rogues are going to have updated gear, this will be the comeback of the year. 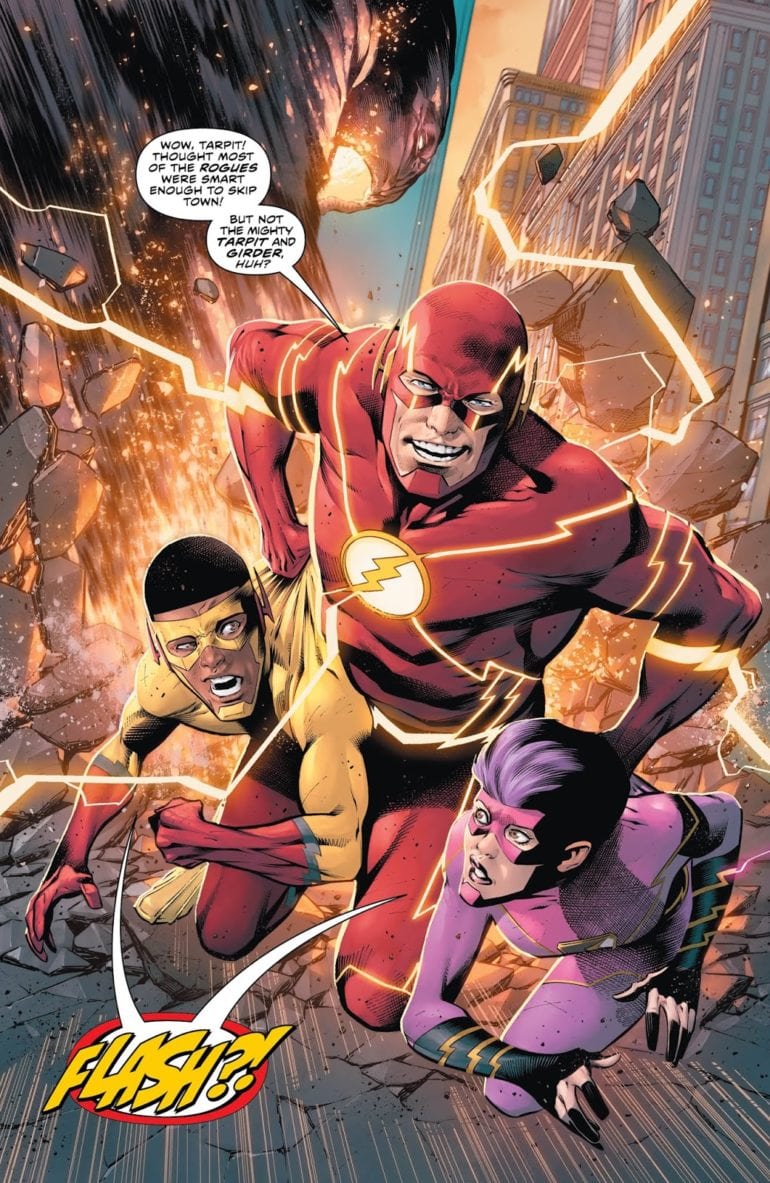 Even though the theme is a bit confusing, I do like this opening. It gives us the new status quo and brings the Flash Family back together. The tie to Year of the Villain didn’t feel forced and didn’t take away from the villain of the arc. The art looks phenomenal, with great detail going into the powers and looks of all of our favorite heroes and villains. This reviewer excited for what’s to come, both for the Flash and for the Year of the Villain.

The Flash Family comes back with fun action and a brand new home.Review: THE FLASH #76 Sees the Return of the Family with a Deadly Old Threat