About the novel:
With magic declassified in the UK, fake psychics and fraudulent healers are running amok, so it’s up to the Department of Extradimensional Affairs’ newly appointed Skepticism Officers to crack down on them. But when they set their sights on Modern Miracle, a highly suspicious and fast-growing faith healing cult with remarkably good social media presence, even their skepticism is put to the test.

Is Modern Miracle on the level? Is Miracle Meg’s healing magic real? Why do dead bodies keep showing up on their doorstep? And just what is Miracle Dad’s preferred flavor of crisp?

Of EXISTENTIALLY CHALLENGED, Croshaw said, “I always like to start a story from a question, and in the case of Existentially Challenged, it was, ‘How would people feel about the church in a world where magic has suddenly turned out  to be real?’ From there, things took a few turns. I hope you like it, as I have big plans for the ongoing DEDA series. Differently Morphous was the boulder placed on top of a snowy hill, and now we’re kicking it down the slope.” 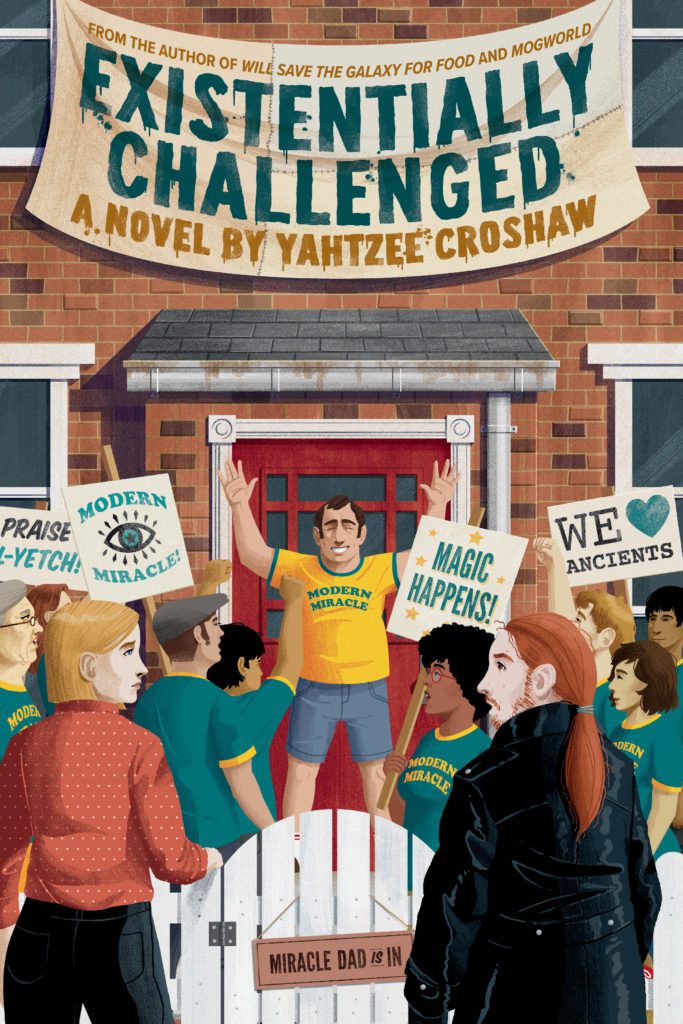 Are you looking forward to EXISTENTIALLY CHALLENGED? What is your favorite Yahtzee Croshaw novel? Sound off in the comments!