Valkyrie: Jane Foster #5 hits your local comic book store November 27th, but thanks to Marvel Comics, Monkeys Fighting Robots has an exclusive five-page preview for you.

About the issue:
INTO THE ETERNAL DARKNESS! Valkyrie’s enemy finally reveals themself to teach the guardian of the fallen an important lesson: Not every life can be saved. It’s the explosive end of the first arc as Valkyrie faces the death that’s been stalking her since issue #1!

Valkyrie: Jane Foster #5 is by co-writers Jason Aaron and Al Ewing, artist CAFU, colorist Jesus Aburtov, and letterer Joe Sabino. The cover is by Mahmud Asrar and Matthew Wilson (based on a classic Amazing Spider-Man cover by John Romita Sr and Danny Crespi).

Marvel announced yesterday that Al Ewing’s time on Valkyrie will be coming to an end in January with issue #7. Norwegian writer Torunn Grønbekk (whose name literally means “to love Thor”) will join Aaron as co-writer starting with issue #8 in February.

In the same press release, the publisher revealed that they’ve also signed CAFU to a Marvel-exclusive contract.

The preview below sees Jane Foster attempting to protect Doctor Strange from the Grim Reaper, who Mephisto has chosen to be his Valkyrie (whew — that’s a lot of name dropping).

Check out the Valkyrie: Jane Foster #5 preview below: 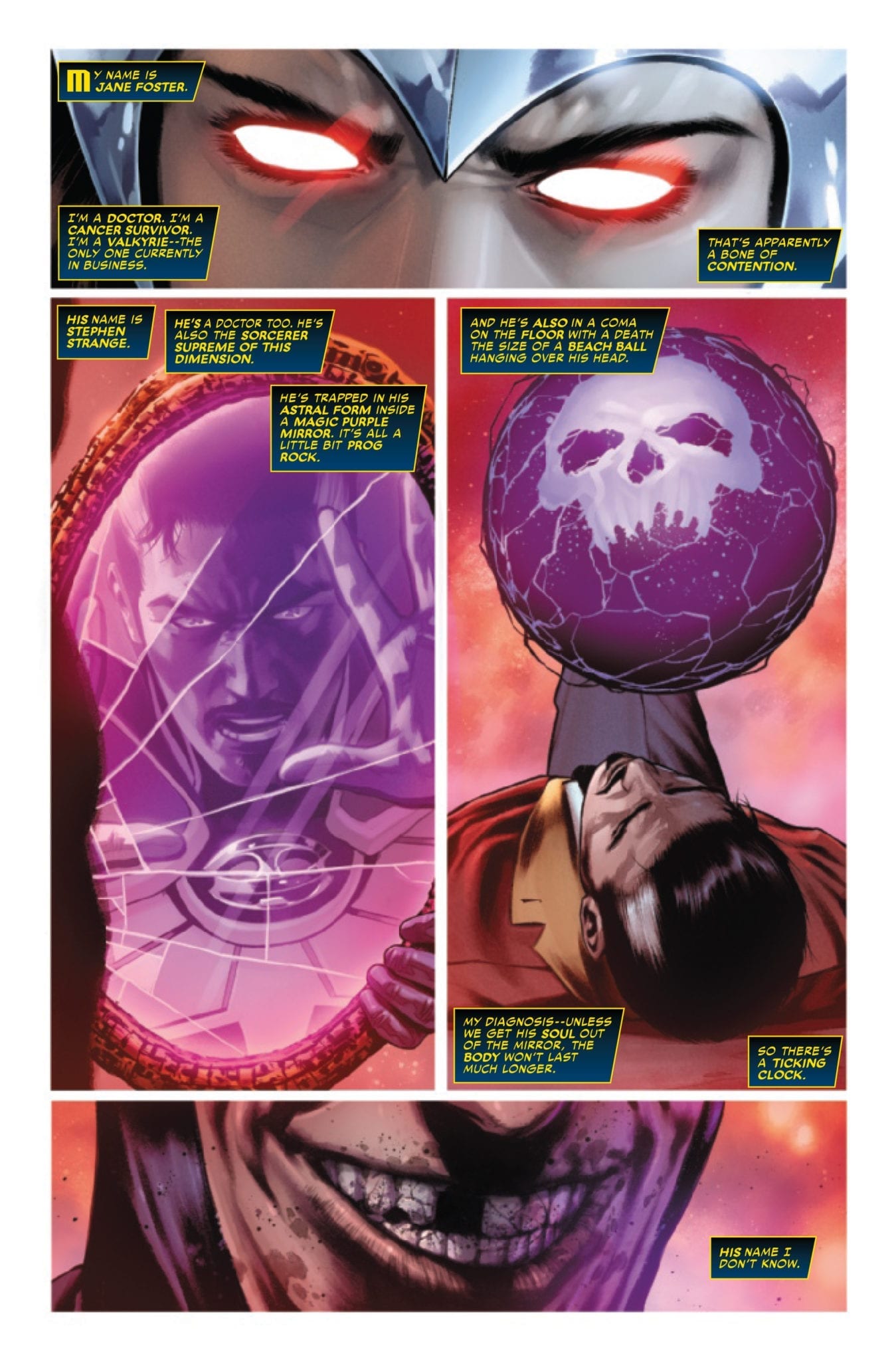 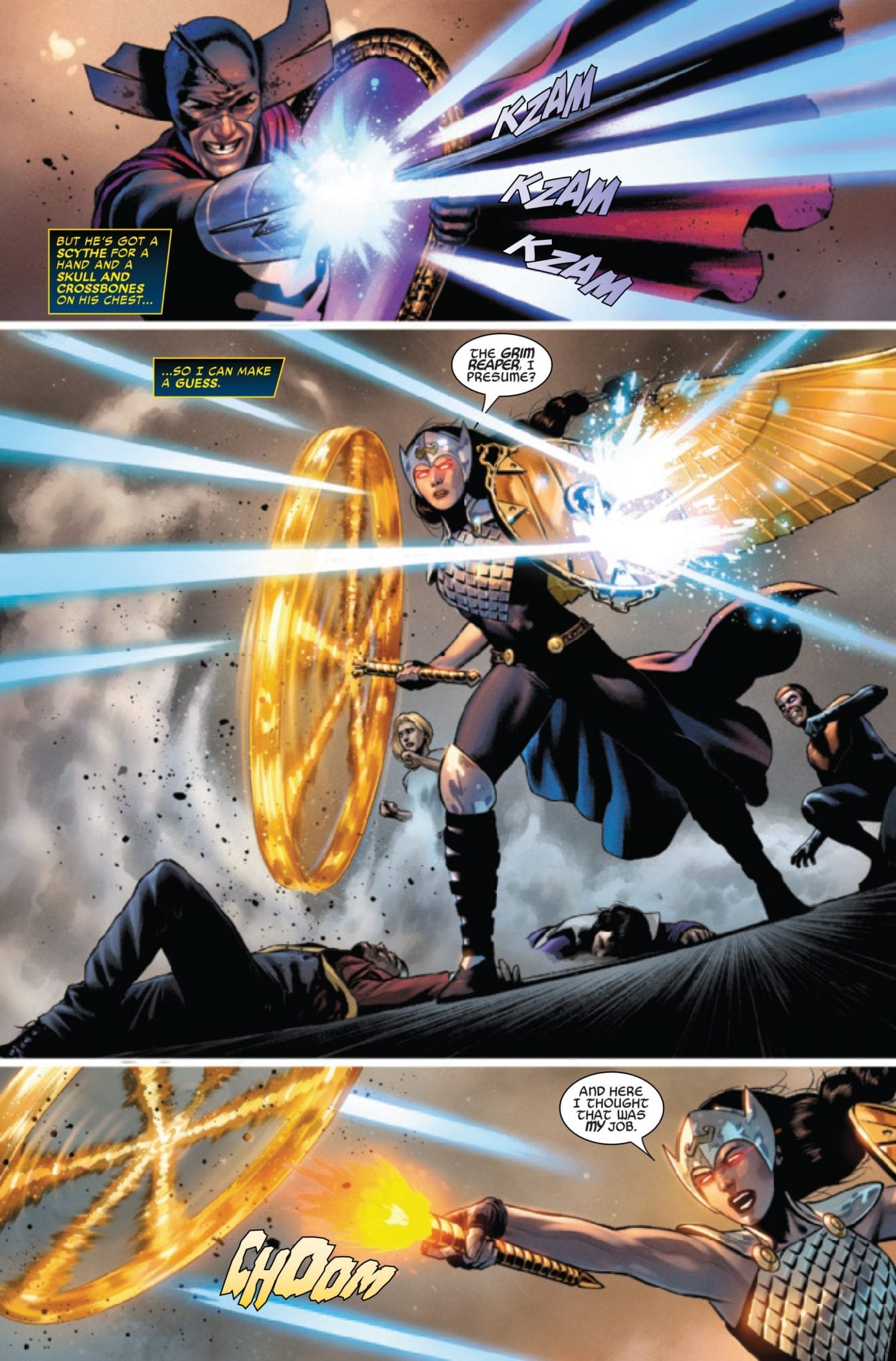 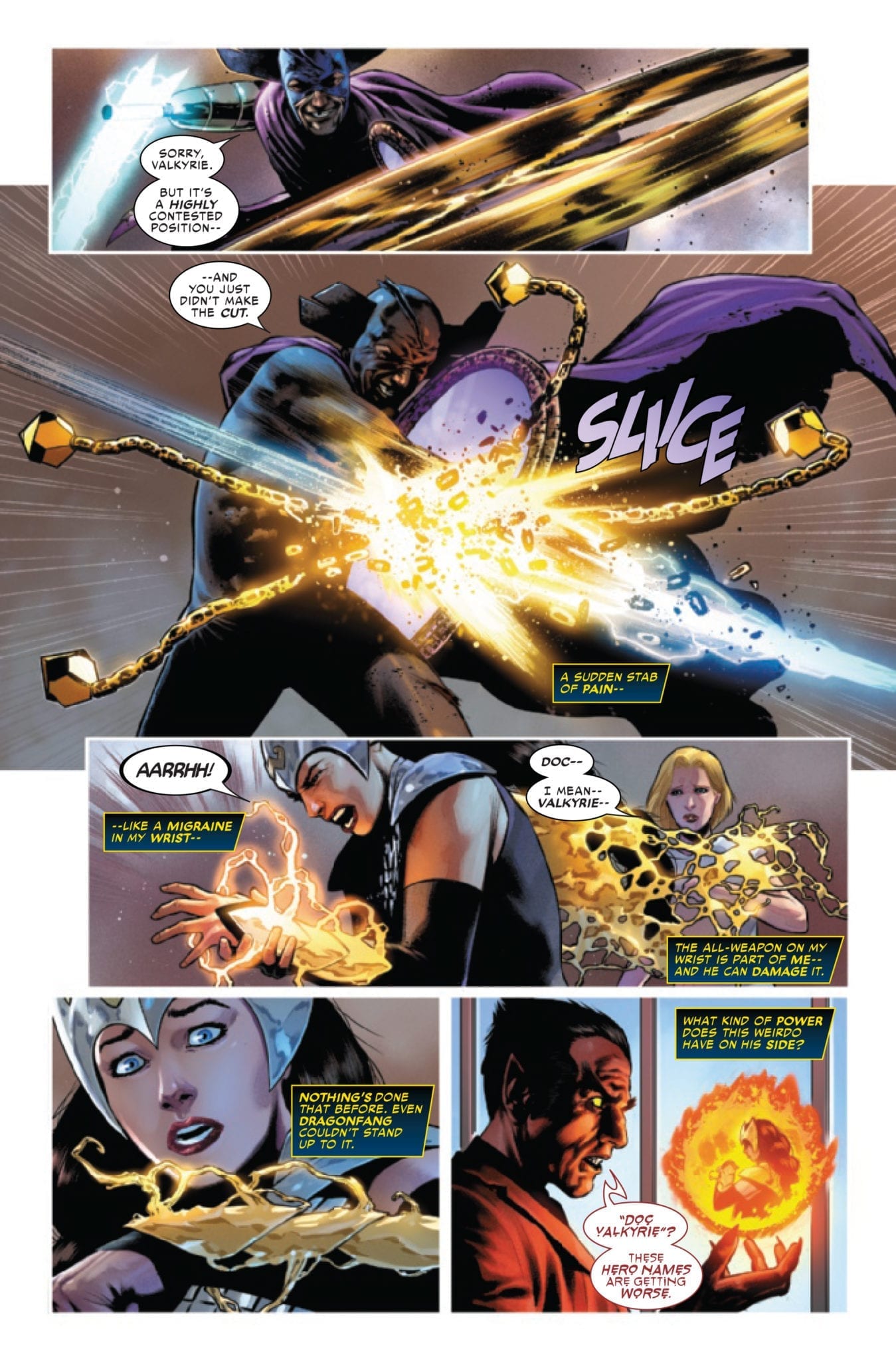 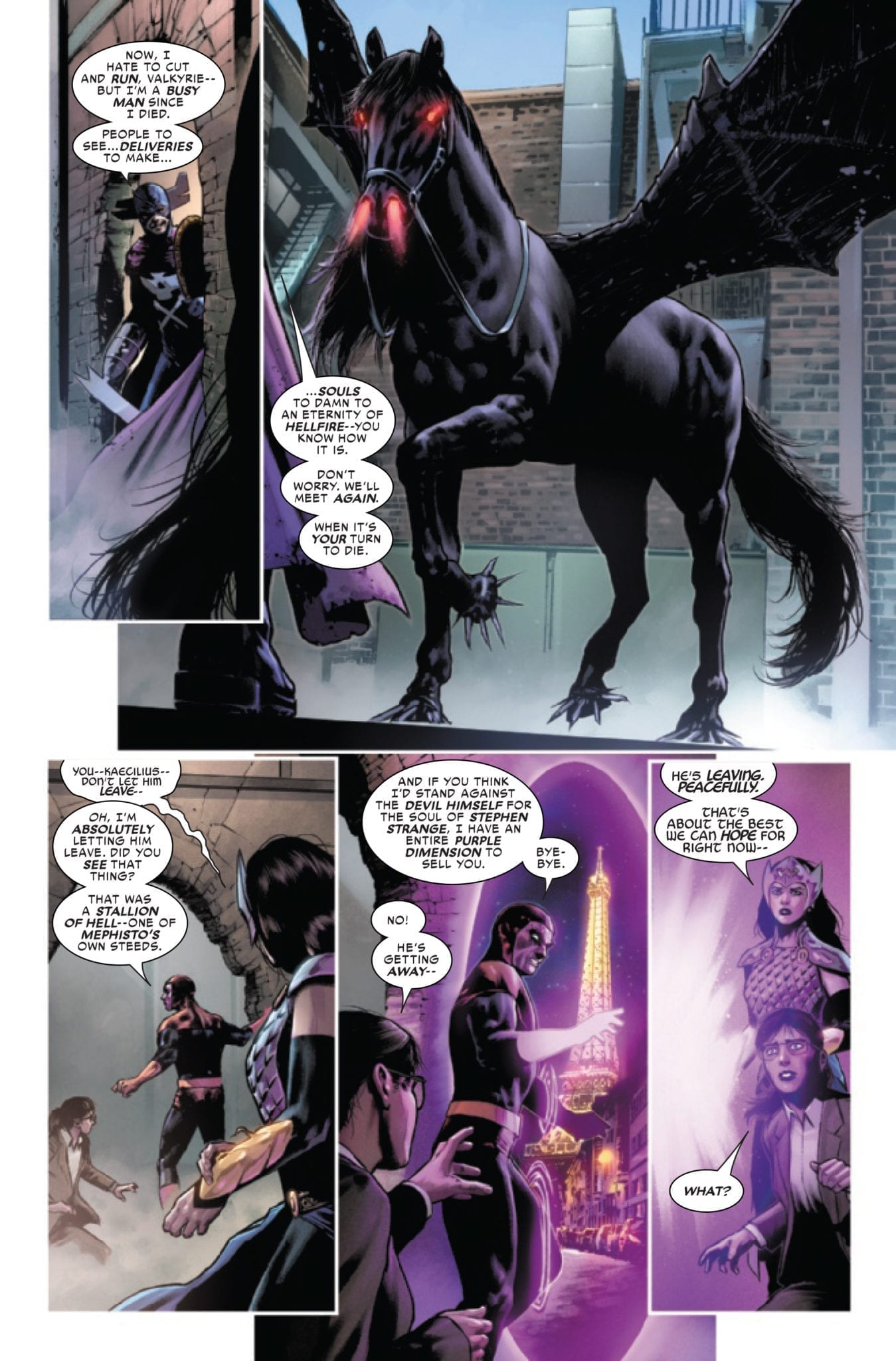 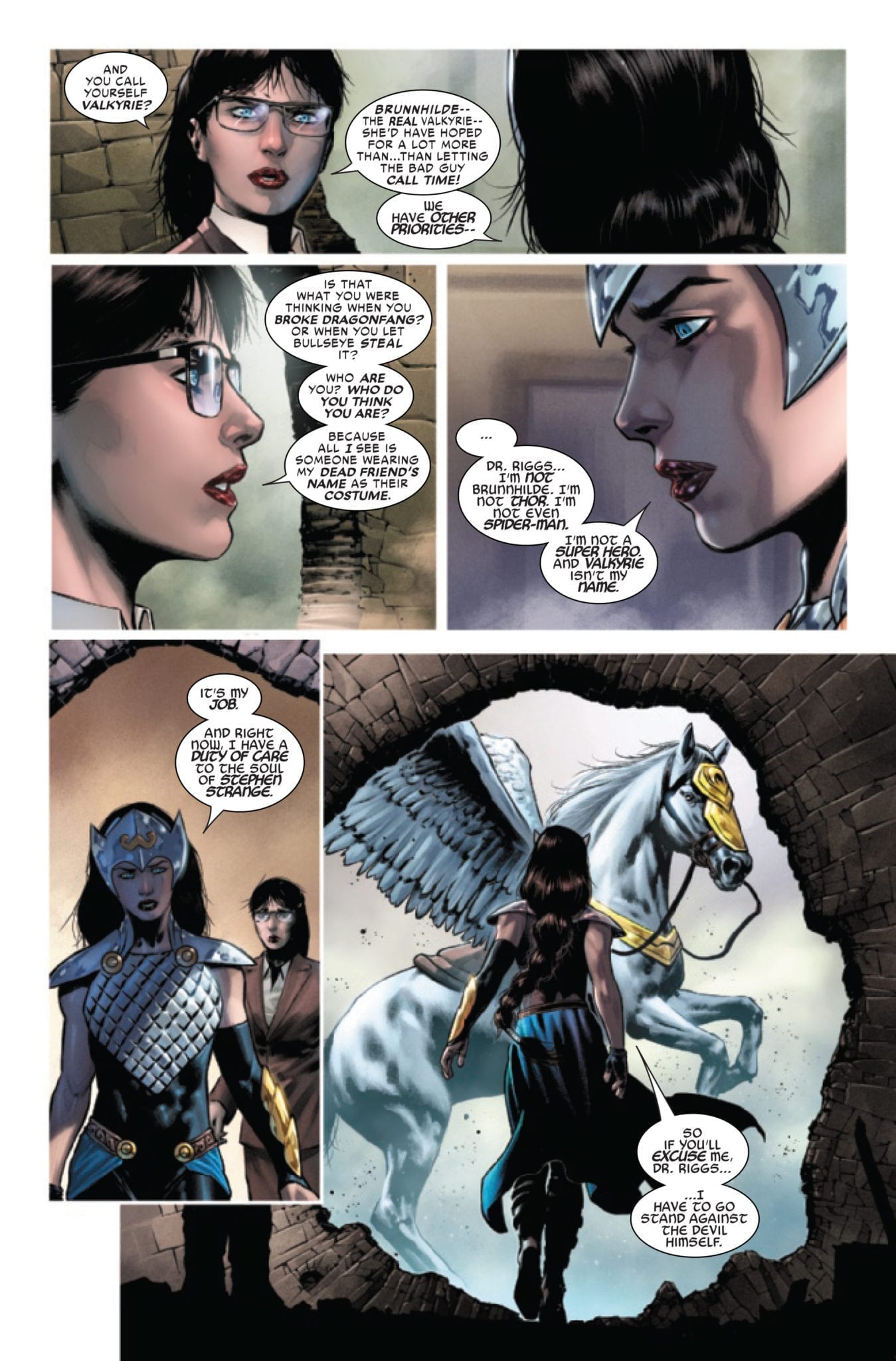 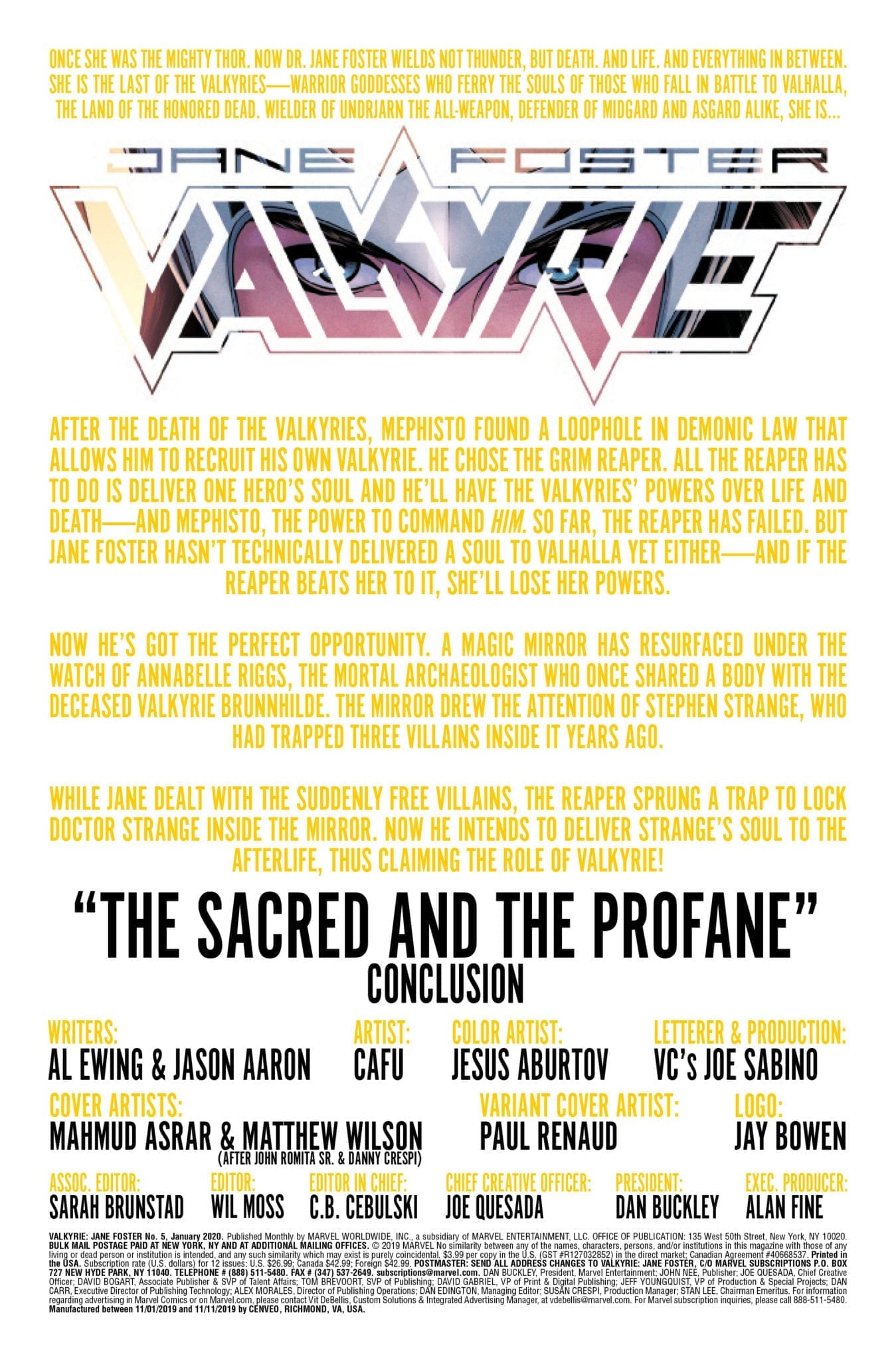 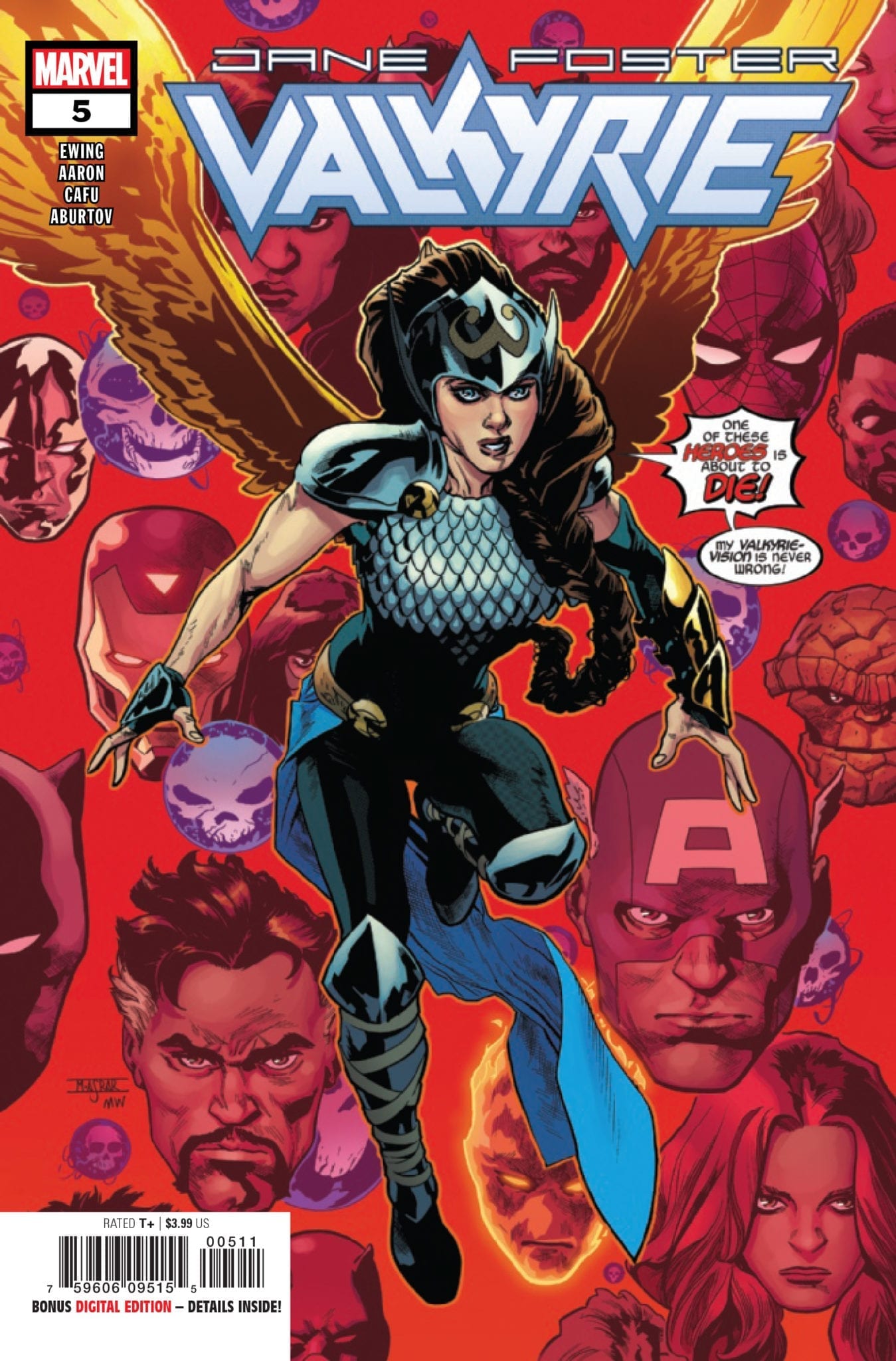 Are you reading Valkyrie: Jane Foster? Sound off in the comments!