Exclusive Interview With A Serial Killer: Styrian Eddos From REAVER

Reaver hits your local comic book store on July 10, but thanks to Image Comics and Skybound Entertainment, Monkeys Fighting Robots has an exclusive interview with Styrian Eddos, one of the main characters from the series created by Justin Jordan and Rebekah Isaacs.

The character in question is the serial killer, Styrian Eddos. Why are we interviewing him? Because he’s trying to save the world!

Here is more information on Eddos’ mission:
The continent of Madaras once promised a new start for settlers, but 200 years after its discovery, the war rages on. Deep within this savage and untamed land, a darkness builds that must be stopped at all costs. To do so, the Imperials assemble six of its most despicable prisoners; a turncoat, a skin eater, a sorcerer and his bodyguard, a serial killer, and the Devil’s Son. Hell’s Half-Dozen are the only ones who can stop the end of the new world.

MFR: What does one wear on a mission like this?
EDDOS: Well, certainly, if I had my druthers, only the finest. Since I don’t have my druthers I’ve been forced to make do.

MFR: What is something we should know about Esk?
EDDOS: The Escalene Protectorate is, quite amazingly, home to some of the finest cuisine known to man. Somehow, considering the average Eks can barely be relied on to not eat mud.

MFR: How many have you killed?
EDDOS: Do children count as one each or are they fractional? They were certainly fractional after.

Image Comics is calling Reaver a dark, grim fantasy for a post-Game of Thrones world. Isaacs has previously worked on Buffy the Vampire Slayer, while Jordan’s resume includes The Strange Talent of Luther Strode. Reaver is colored by Alex Guimarães, with covers by Becky Cloonan. (The first two covers are below.)

Do you plan on picking up a copy of Reaver in July? Comment with your thoughts below. 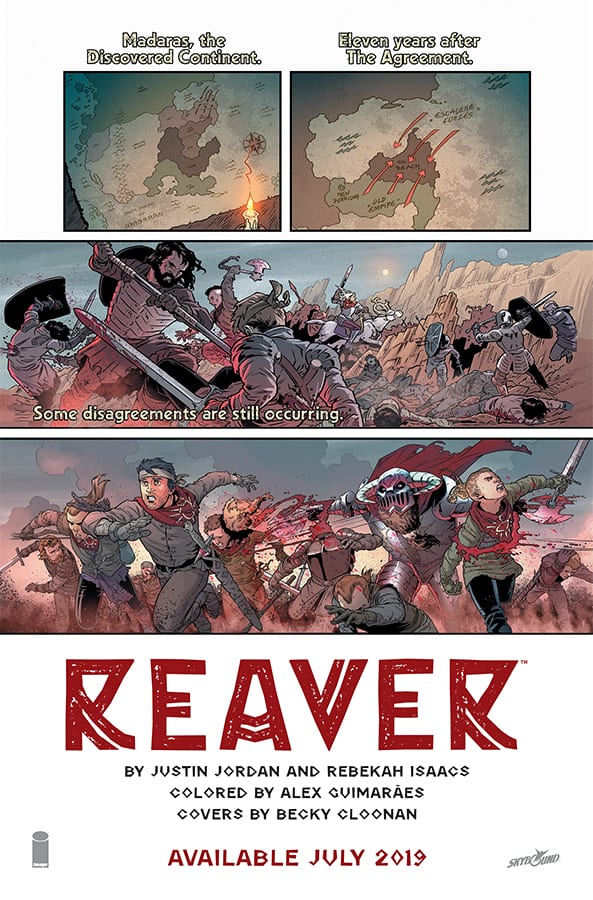 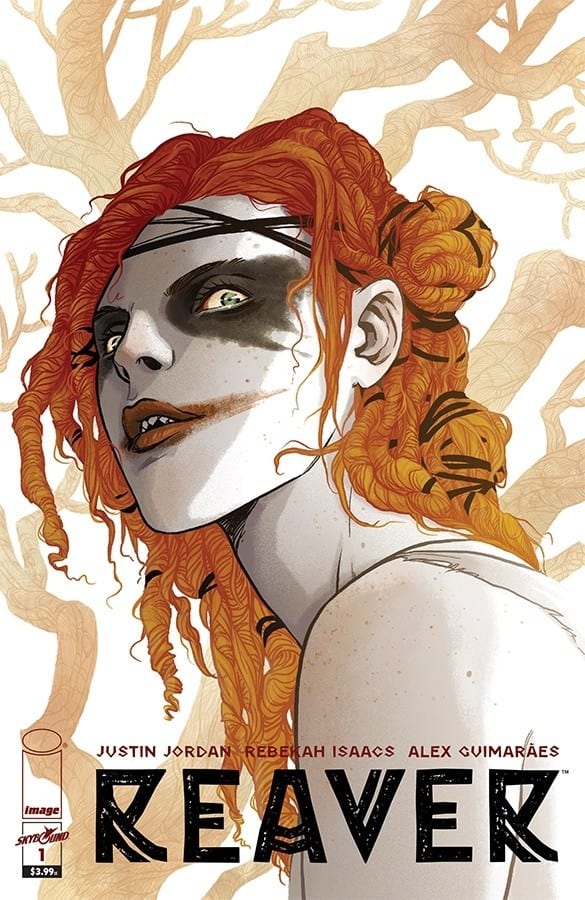 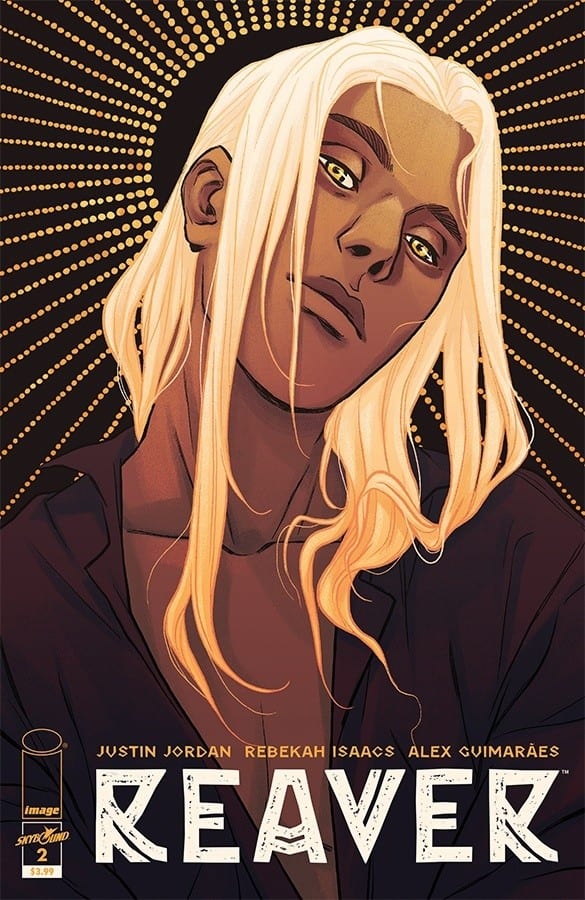