The post-apocalyptic adventure ORPHAN AGE #5 hits your local comic book store on August 14, but thanks to AfterShock Comics, Monkeys Fighting Robots has a four-page preview of the issue written by Ted Anderson with art by Nuno Plati.

Orphan Age is a modern-day western centered on building characters and creating emotional attachments to its diverse cast. A cross between The Walking Dead and The Good, The Bad, and the Ugly. – Darryll Robson

About the 32-page issue:
Surrounded by lights. No way in or out. The dead send a message. The tools they left us and those we built again. Some secrets are better-left secret. Some forgotten moments are better left forgotten. If there is no road, make one.

Anderson has previously worked on MOTH & WHISPER, My Little Pony, and Adventure Time. You will recognize Plati’s artwork from Alpha: Big Time and Marvel Girl. ORPHAN AGE #5 is lettered by Marshall Dillon, with colors by Joao Lemos.

Check out the ORPHAN AGE #5 preview below: 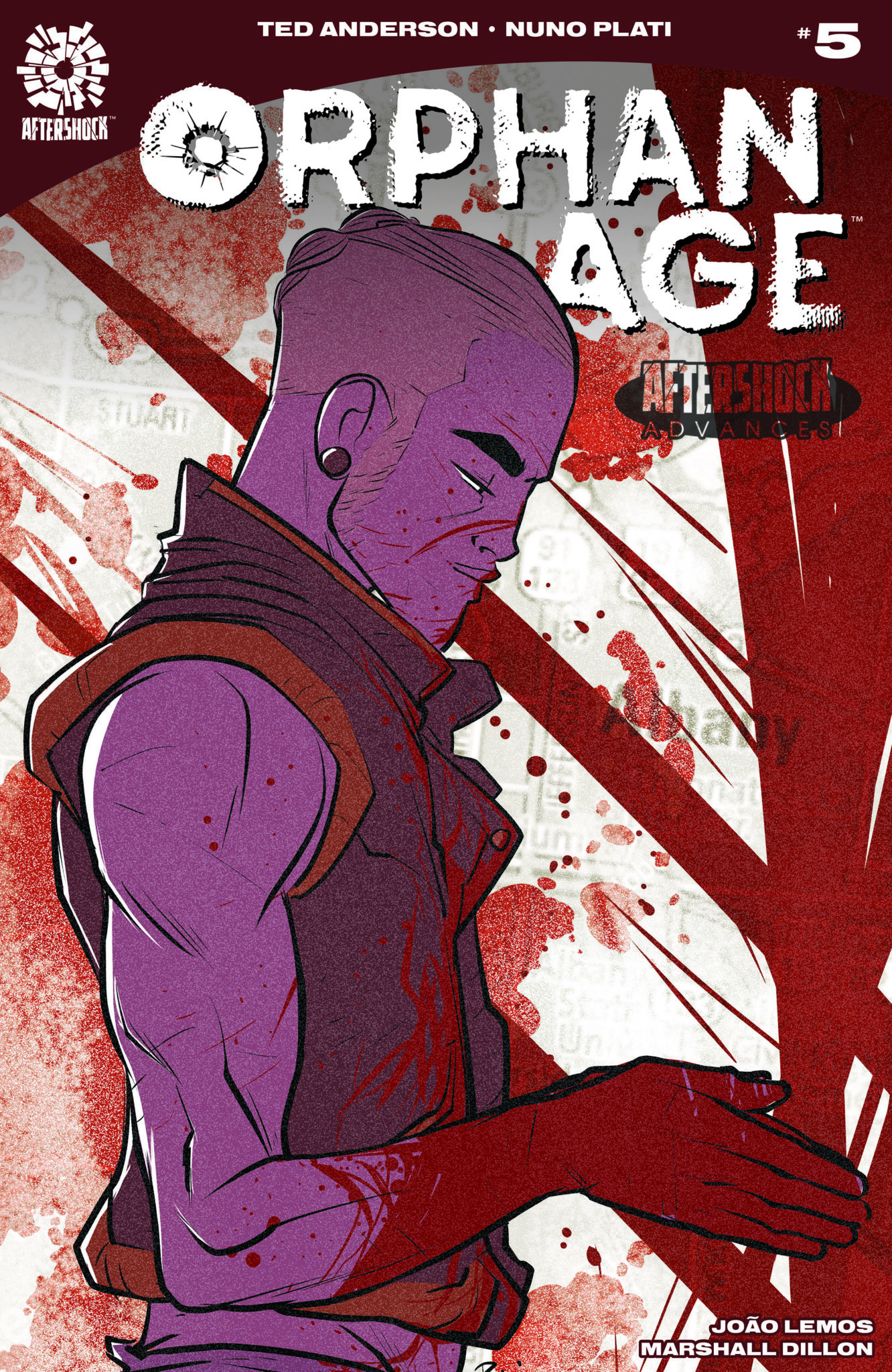 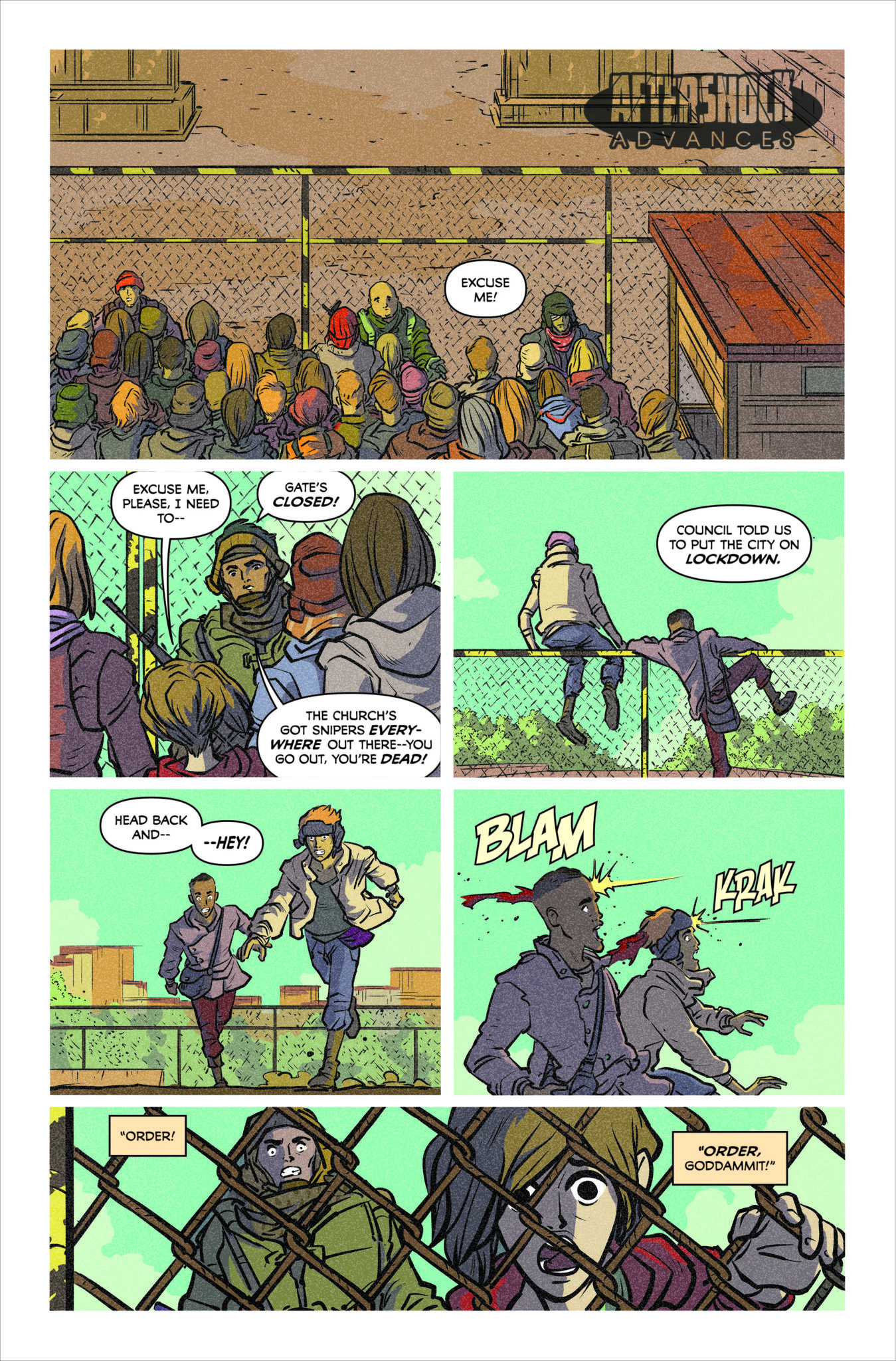 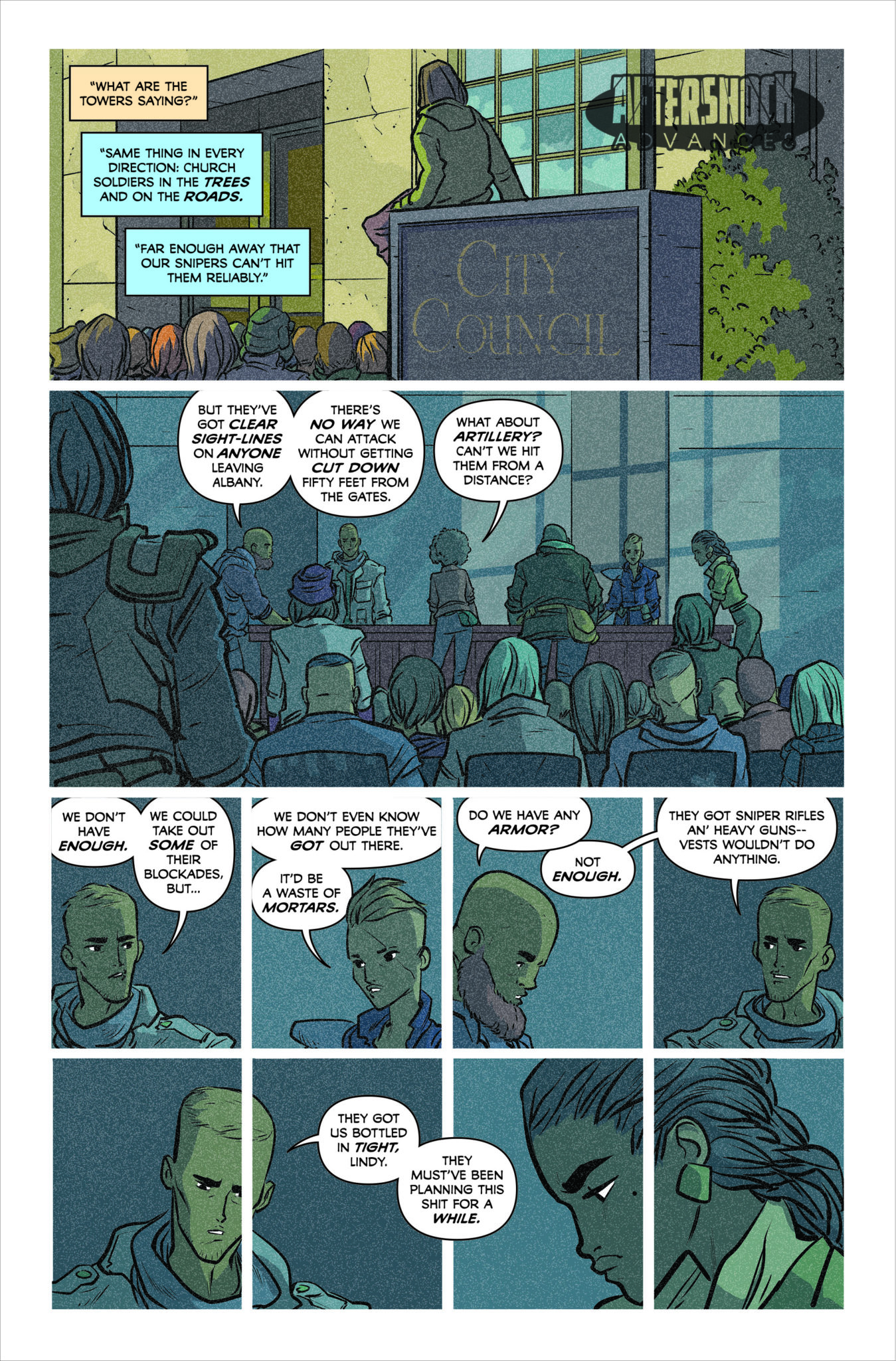 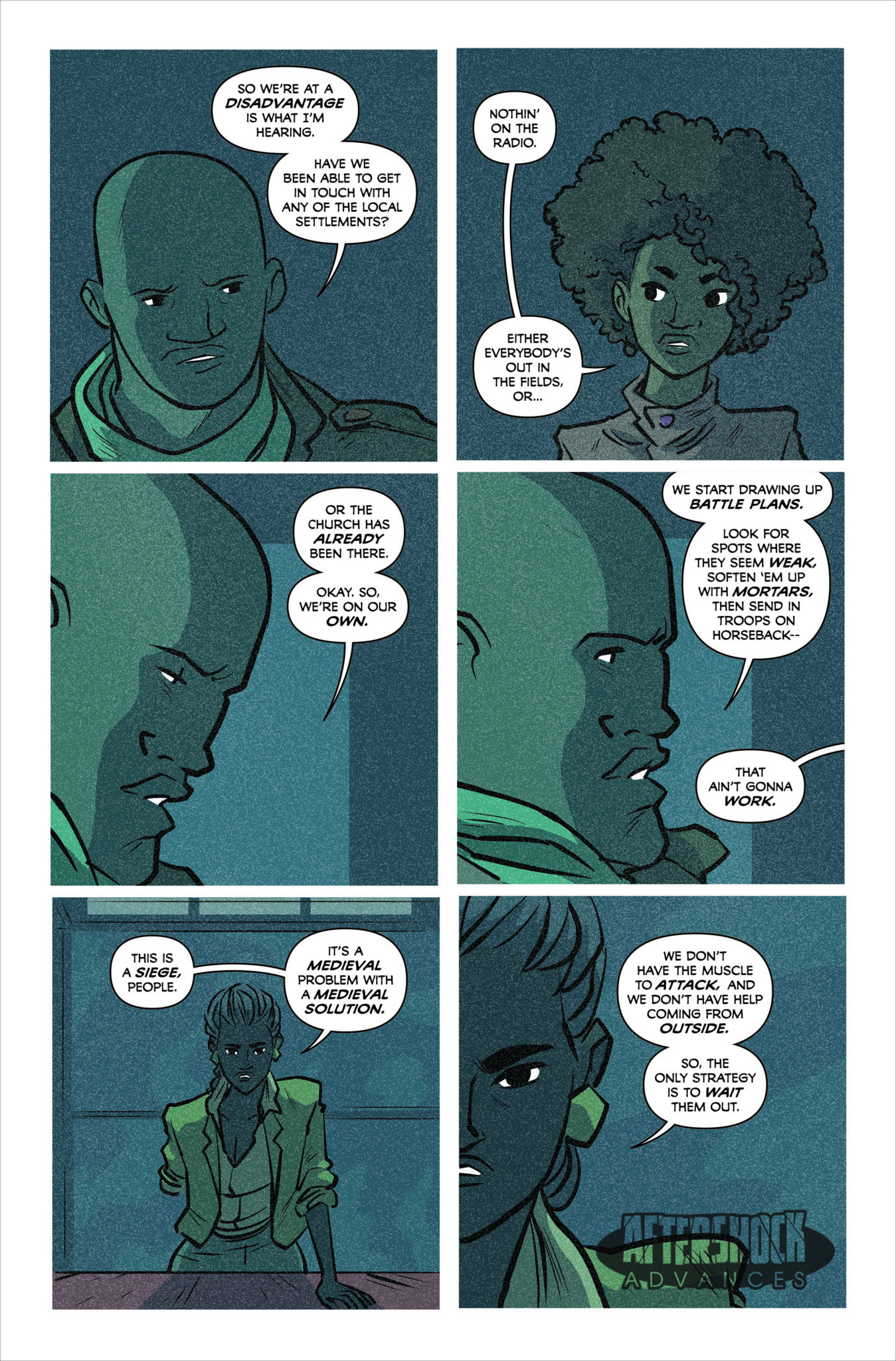 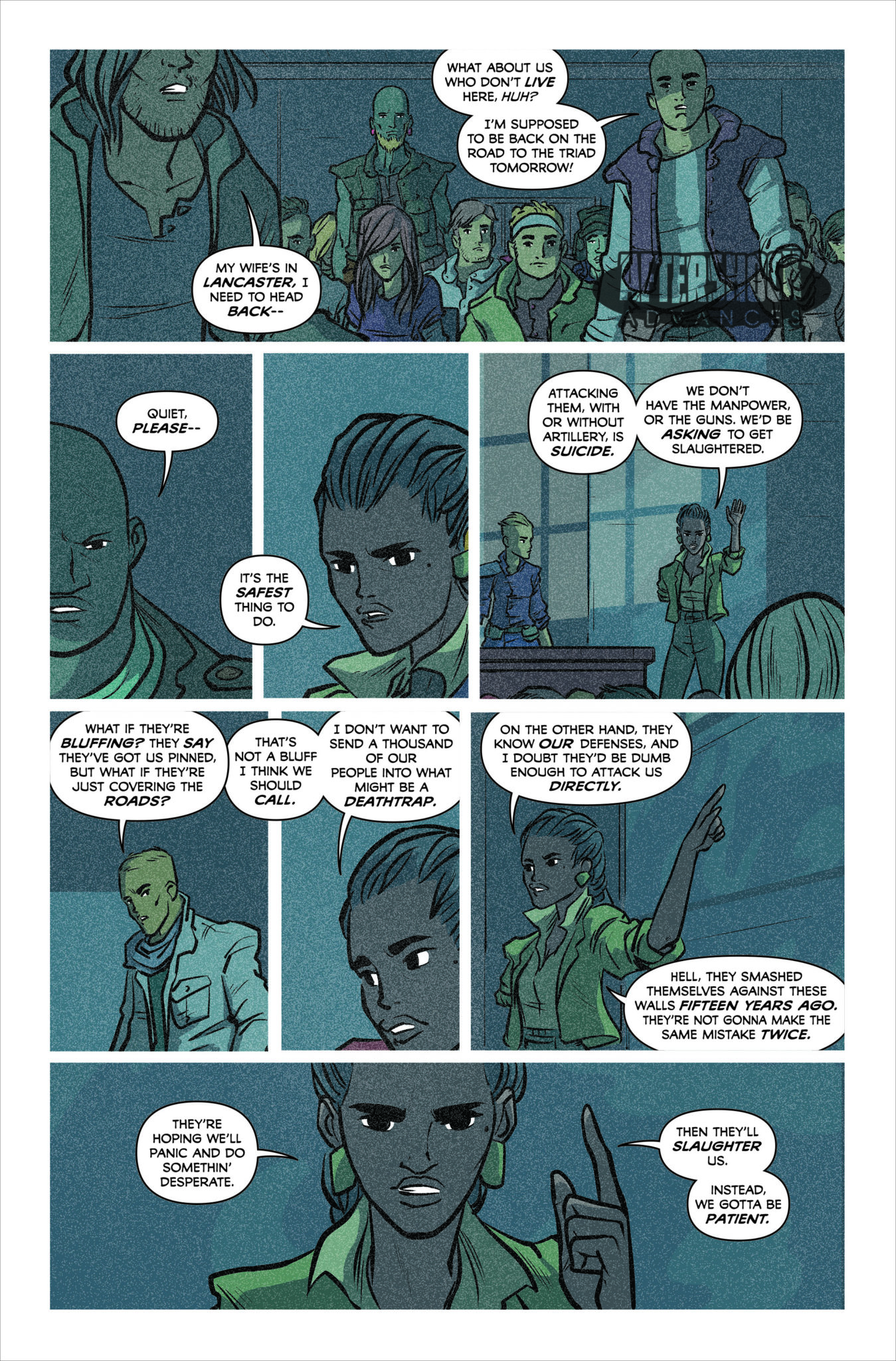 Do you have ORPHAN AGE on your pull list? Comment below with your thoughts on the series and AfterShock Comics.