Review: The End is Finally Here in DOOMSDAY CLOCK #12

It’s November 22nd, 2017, and the first issue of Doomsday Clock hits shelves. The world met it with critical acclaim and counted the days until the next issue. As time began to pass, the delays start as Gary Frank and Geoff Johns work to get the story perfect.

It’s December 18th, 2019, the final issue of the story is finally here. We have learned Manhattan has changed the DC Universe, which has been revealed to be affected by a Metaverse, and that Superman is connected to this larger universe. As conflict builds and the clock gets closer to midnight, Superman finally faces Manhattan. How will this two-year-long tale come to a close? 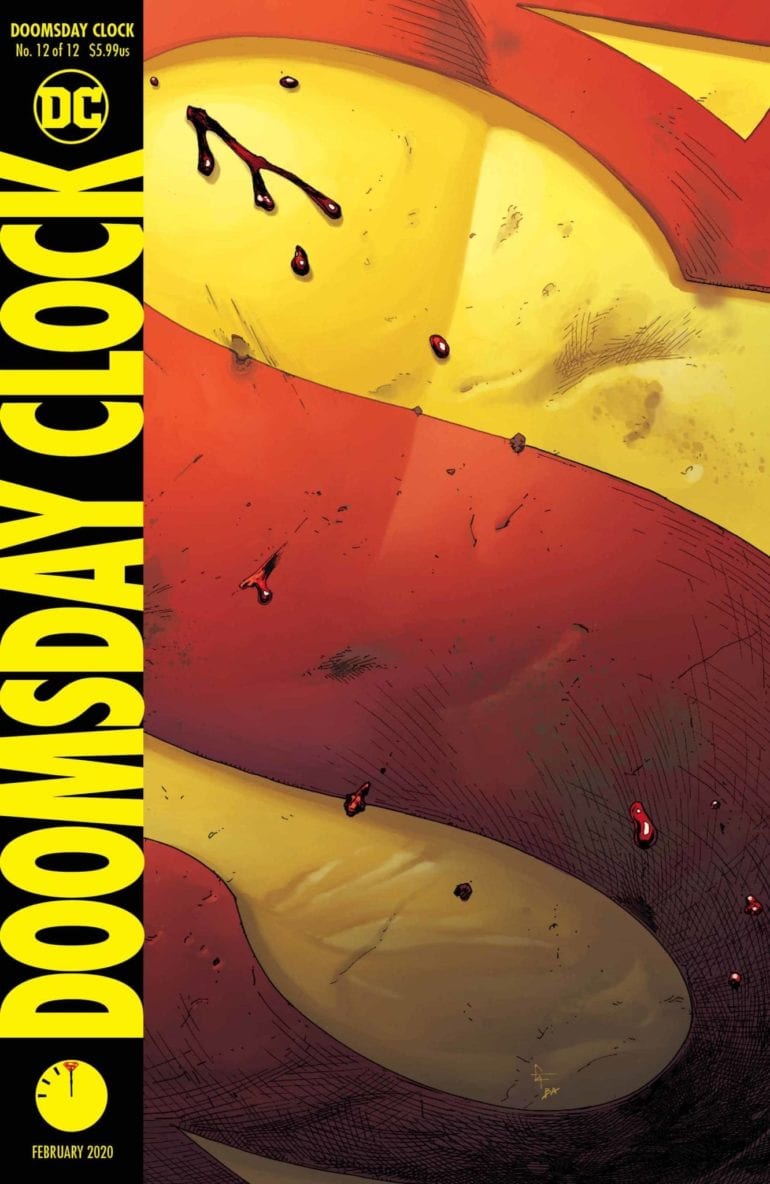 Superman finds Dr. Manhattan in Washington, DC, and begins questioning his intent. As the omniscient god explains, he can’t see past the attack from the Man of Steel, Russia, and Khandaq’s Meta forces attack. With the town in chaos, Superman struggles to protect the people and face the Metahumans. All the while, Manhattan reminisces about his journey to this very moment as the Doomsday Clock hits midnight.

Meanwhile, across Gotham, Reggie Long is walking alone, still shaken by the revelation of his Father’s mental abuse from Rorschach. He ends up watching the news about Superman, only to get attacked by a store owner. Alfred and Batman arrive to protect him, and the Caped Crusader convinces him to wear the mask as a symbol of heroics once more. 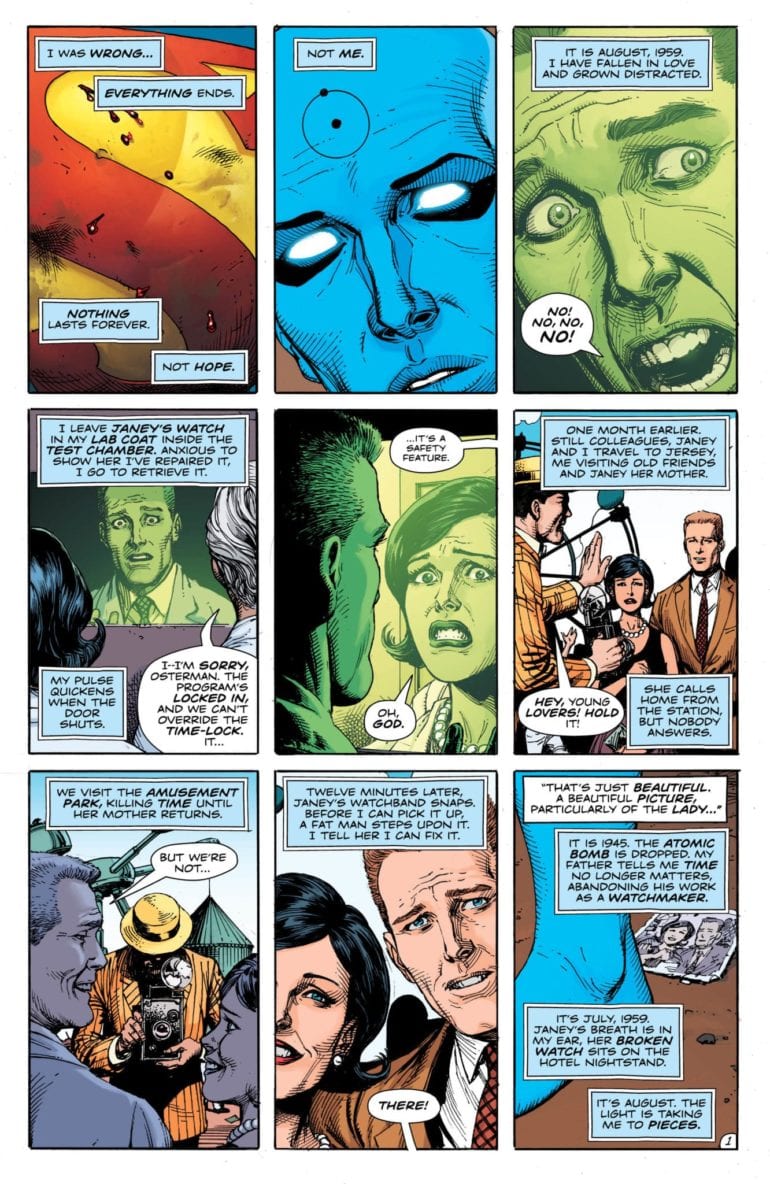 This is a hard review to write without giving too much away. It is a fantastic ending to this two-year-long tale along with providing the end cap for the mystery of Rebirth, the New 52, and even the Watchmen universe. The action is excellent and had this reader on the edge of his seat with every page. The best part, however, comes in the form of Superman and Manhattan talking. That single moment of Jon understanding Clark’s importance was a culmination of not just the story but of the character of Superman. It brought a massive smile to my face and had me looking towards the future of DC.

This praise isn’t to say there aren’t any problems with the story. While it was fantastic to see the Manhattan Superman story come to a close, the other character’s endings felt rushed. There is no more prominent example than Mime and Marionette, who, after leaving them four issues ago, finally make their reappearance. It’s not enough to ruin the issue as a whole, but it will bother quite a few readers. 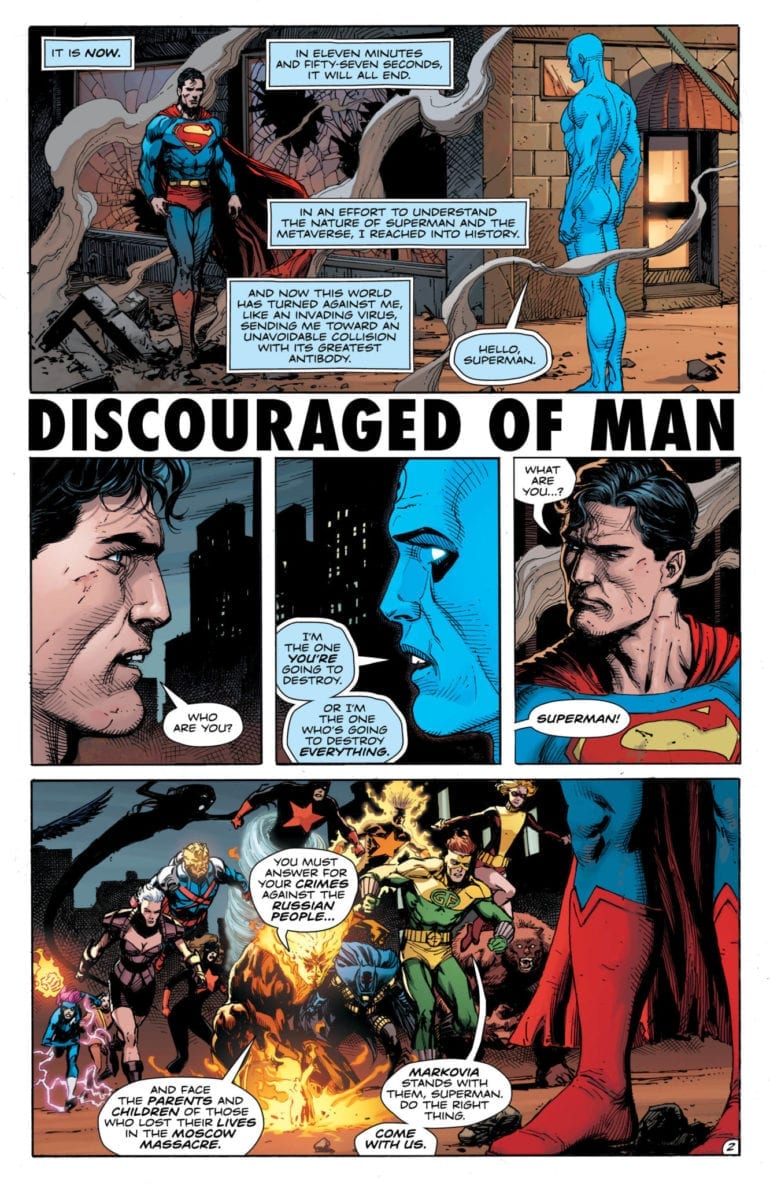 Gary Frank’s art has been one of the most significant selling points to Doomsday Clock. He brings his A-game for this finale with fantastic looking action, grim scenes of violence, and a brighter tomorrow. The best-looking part comes in the form of a two-page reveal of back up for Superman. While I won’t spoil who this epic spread is such a badass reveal, it will go down as one of the best comic moments in 2019. 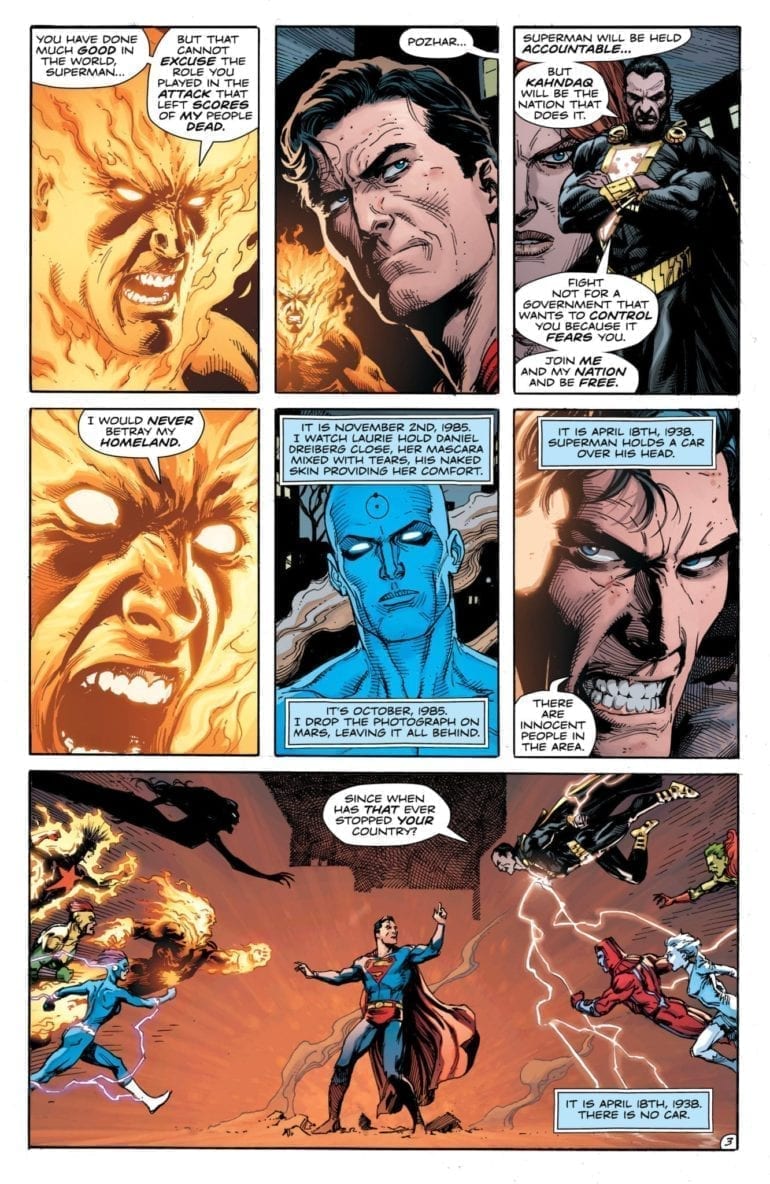 This issue really should have come sooner. Doomsday Clock will be known for its constant delays and attempts at being a sequel to Watchmen. It should be remembered for being a fantastic story, and this issue hammers that home. It has great action and brings this grand ending to the series. Gary Frank’s art continues to be top form and will get praise for years to come. The problems that the story has are minuscule in comparison to the story as a whole. I highly recommend this conclusion and series for anyone who has been wanting to read this. Pick it up now and see how the DC universe changes for the better.

The conclusion of Doomsday Clock is damn near perfect, with fantastic art and hope for the future.Review: The End is Finally Here in DOOMSDAY CLOCK #12