The Flash #74 hits your local comic book shop on July 10, but thanks to DC Comics, Monkeys Fighting Robots has a five-page exclusive preview.

The Flash is written by Joshua Williamson, with art by Howard Porter, HI-FI handled colors, Steve Wands lettered the pages, with Porter and HI-FI’s work on the cover. Evan “Doc” Shaner provide the variant cover.

“The Flash Year One” continues! The Turtle has made his grand entrance, and it’s about to bring down the house! As an untested hero with the mastery of his abilities still in its infancy, Barry Allen will face the toughest challenge of his life to defend Central City from the invading forces of those who seek its destruction. Our hero is faced with the fateful choice to either become a superhero or die trying!

Check out the preview below. 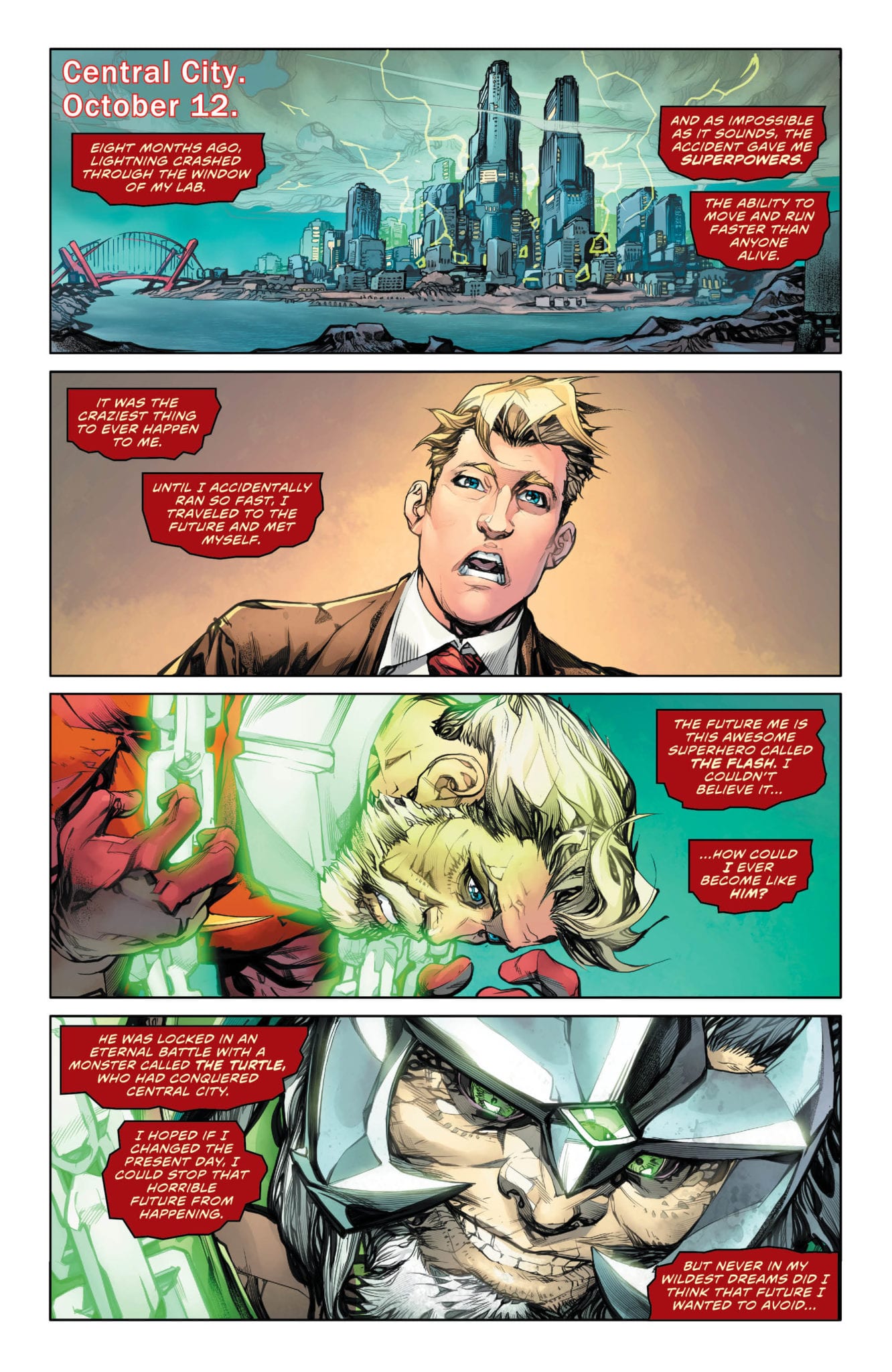 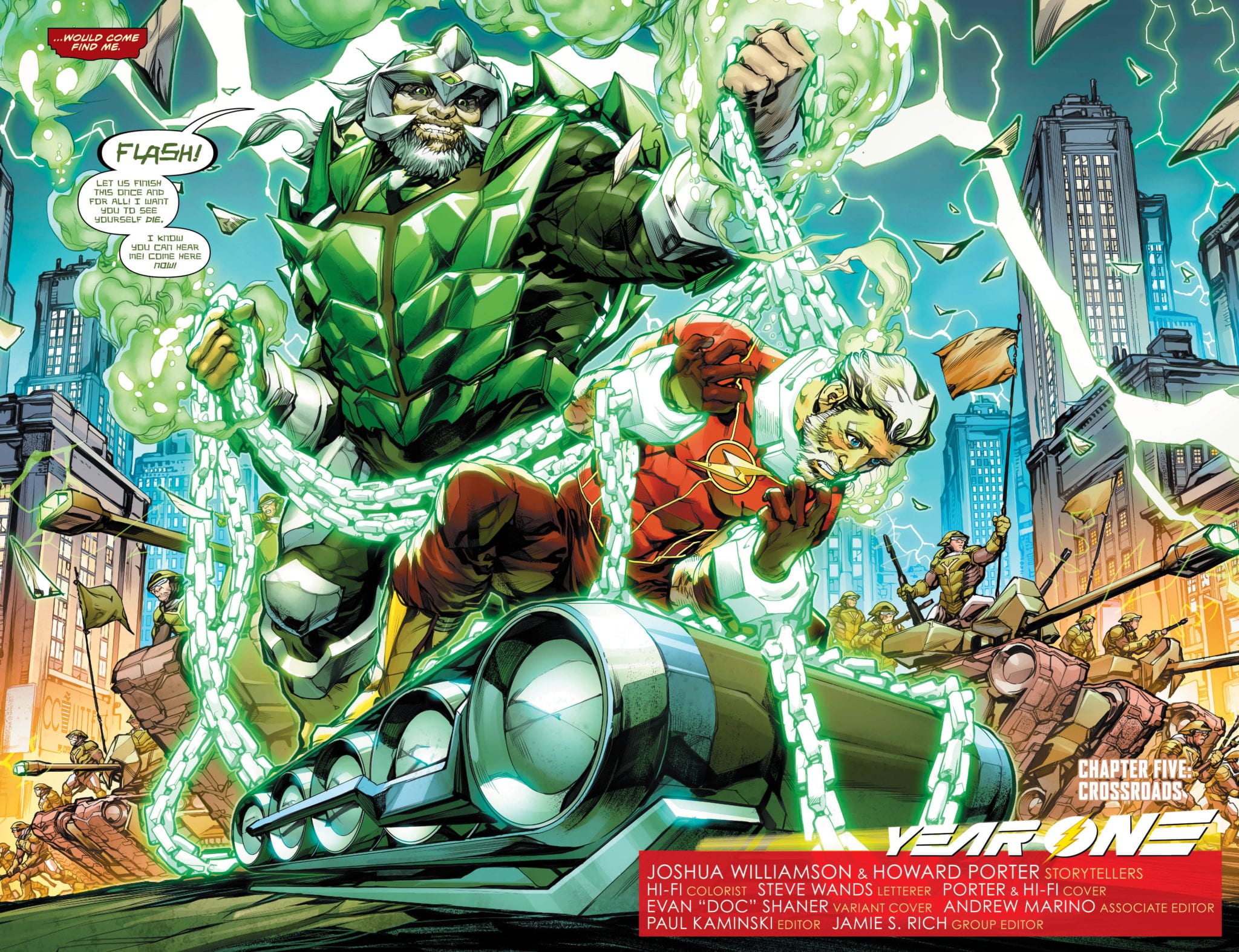 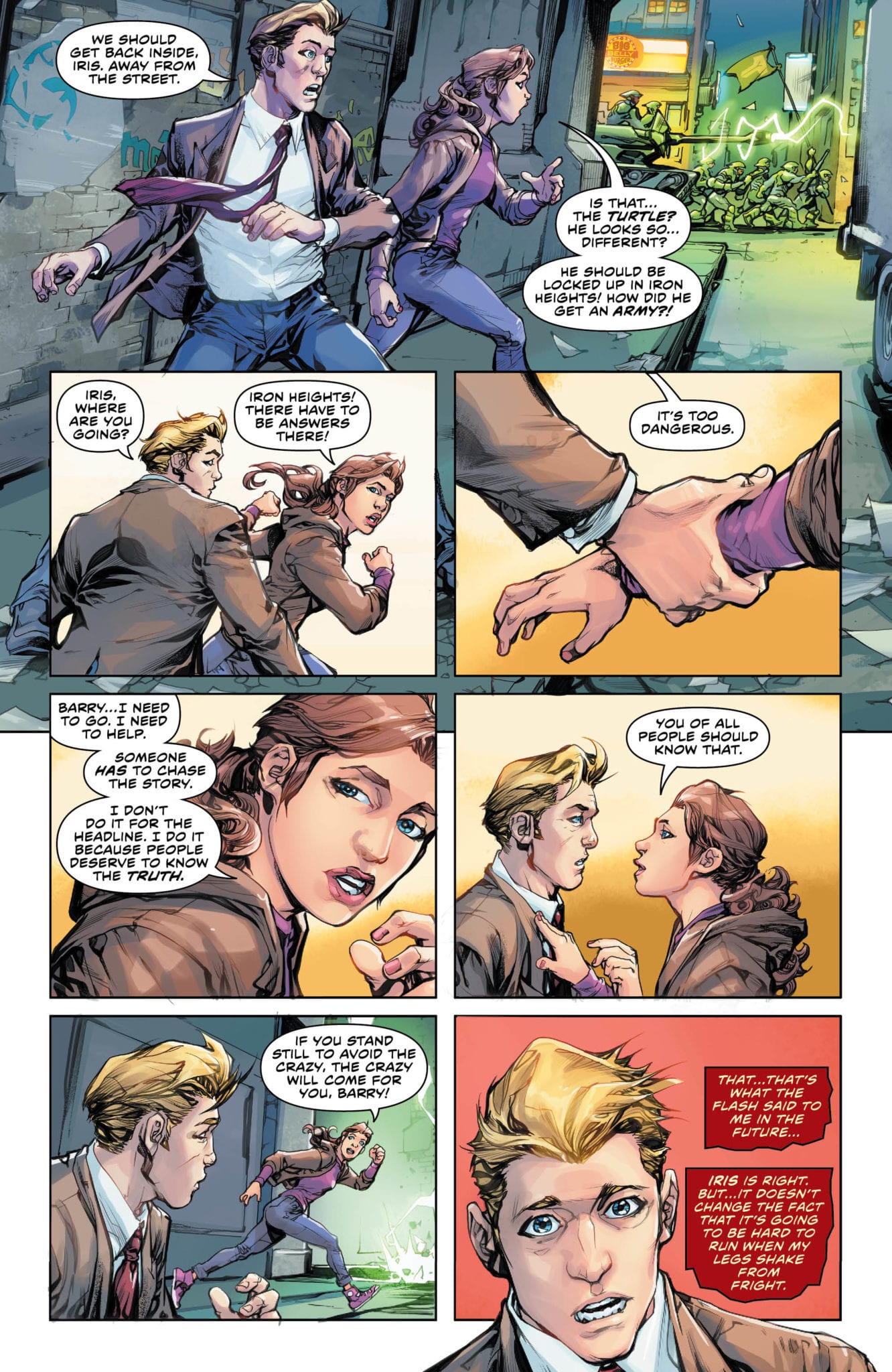 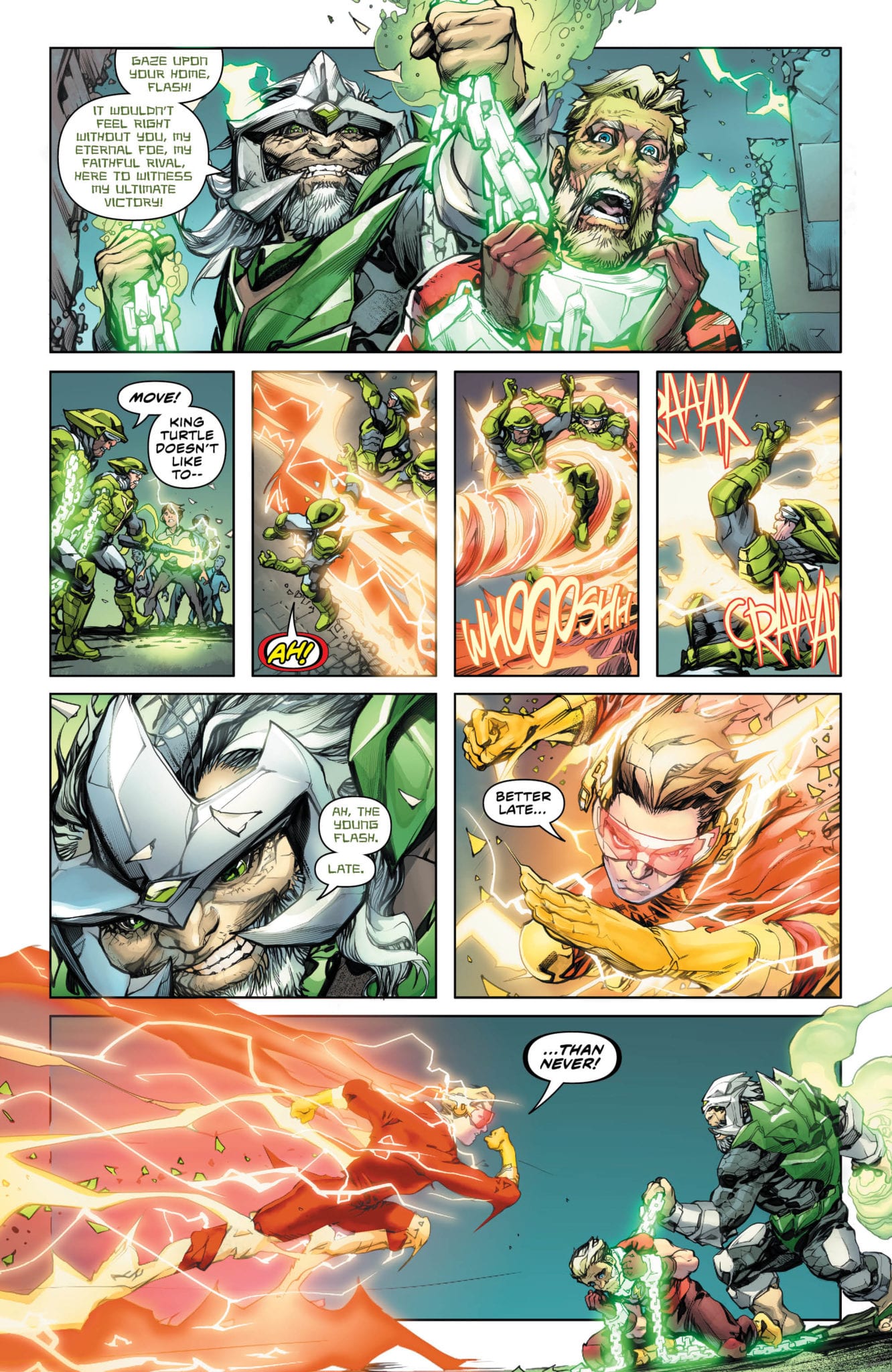 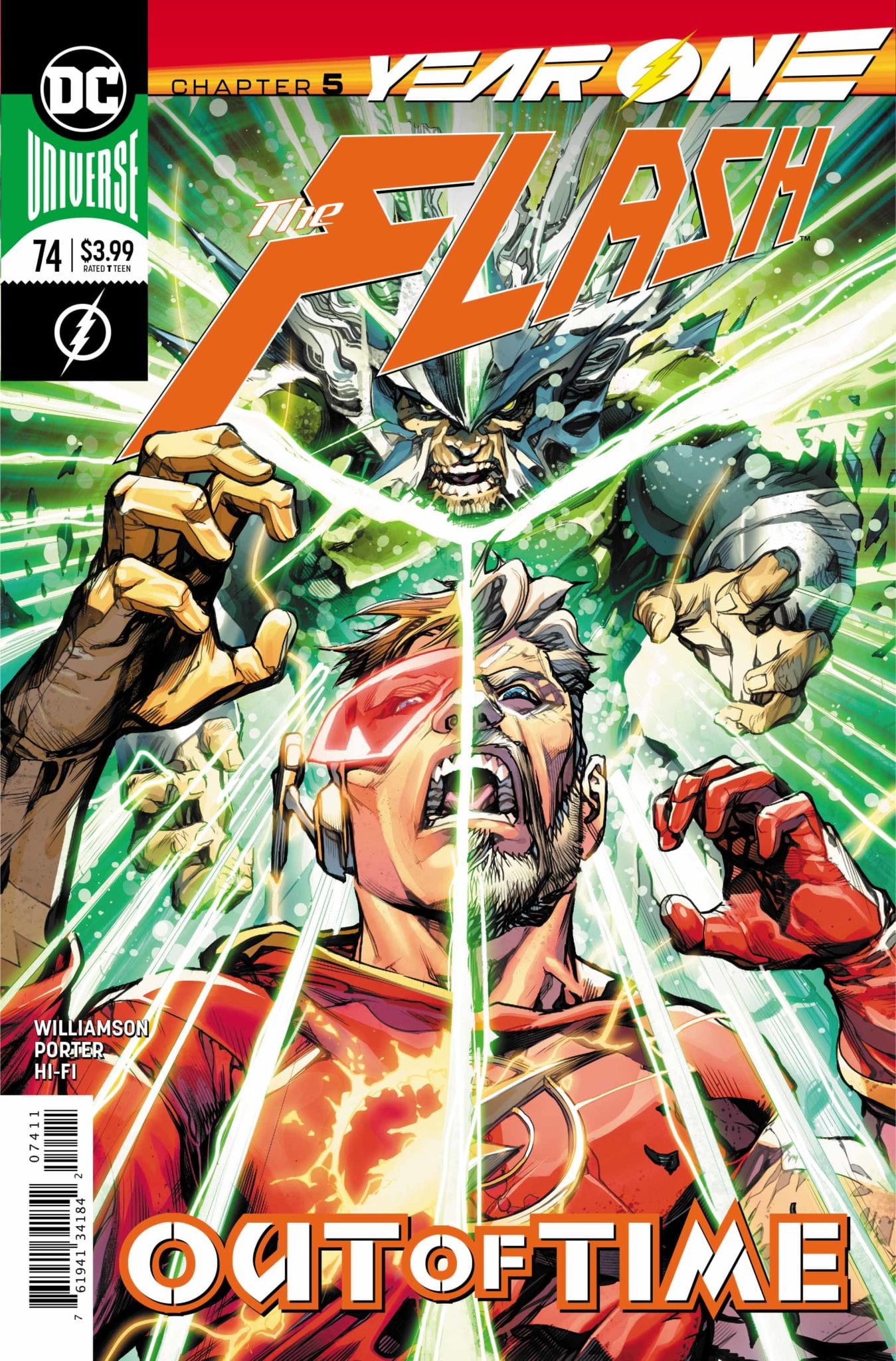 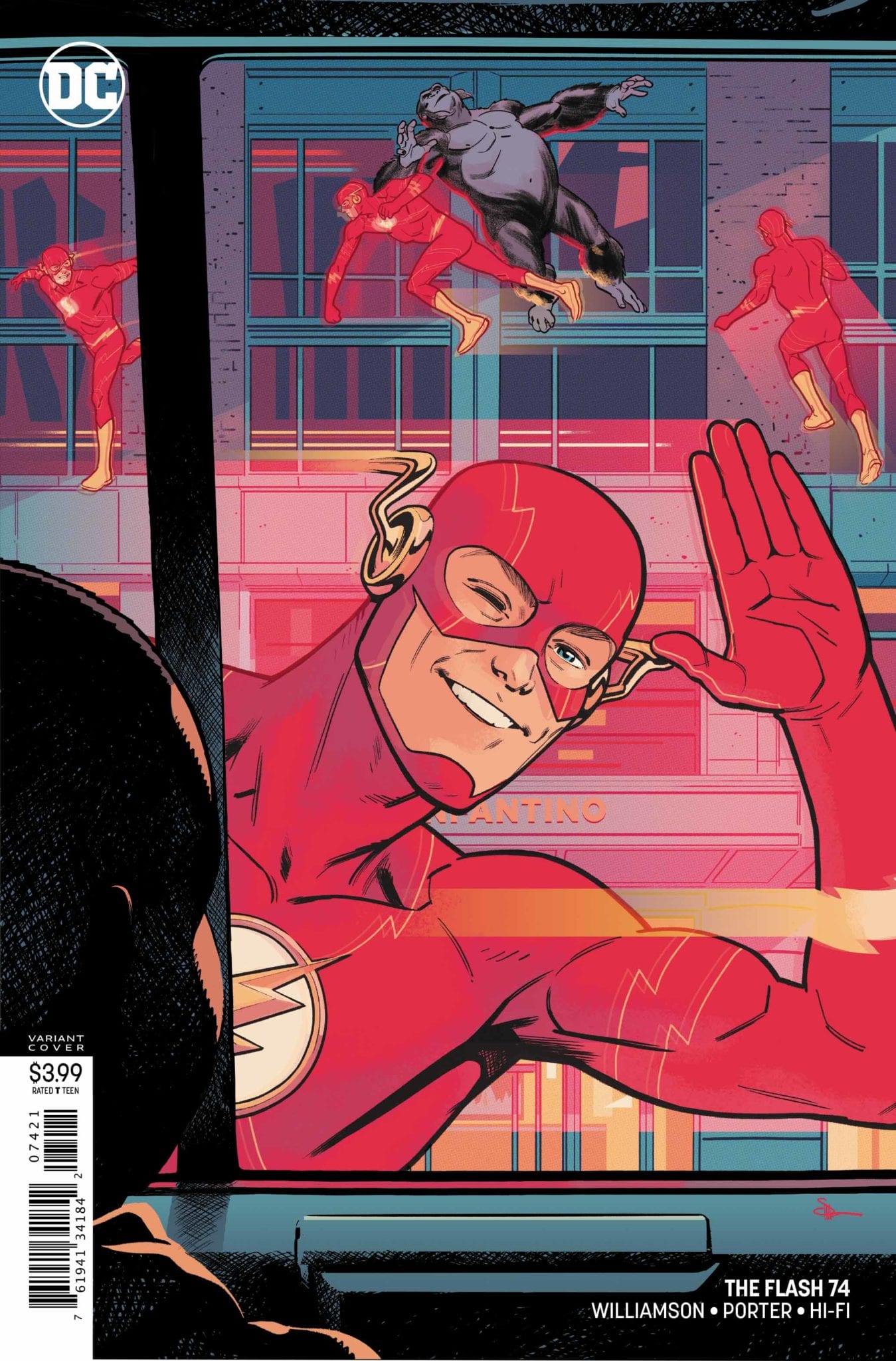 What do you think of Flash Year One? Comment below with your thoughts on the series.

At a time when comics were becoming cleaner and more defined, Sole Survivors challenged the notion by resembling self published comics.
Read more
Comics

Comics from the '90s gets a bad rep; rightly so in some cases. Much like any era, it has its fair share of hits...
Read more
Comic Book Oped

Reading Comics Can Give You Comfort; Here Are Just A Few Choices

A lot of us are in need of a little comfort and escape right now, which is hard for some with social isolation. But...
Read more
Comic Book Oped

With COVID-19 shutting down Diamond Comics Distributors and comic book shops around the world for an indefinite period, the question needs to be asked...
Read more