DEATHSTROKE #45 An Exclusive DC Preview “Who Is Under The Mask?”

DEATHSTROKE #45 hits your local comic books store on July 3, but thanks to DC Comics, Monkeys Fighting Robots has an exclusive six-page preview of the issue to share with you.

DEATHSTROKE #45 is written by Christopher Priest, with art by Fernando Pasarin, Jason Paz & Wade von Grawbadger worked on inks, colors are by Jeromy Cox, with Willie Schubert’s letters. Ed Benes, Richard Friend, and Dinei Ribeiro worked on the cover; with a variant cover by David Finch.

In the wake of Slade Wilson’s death, a new Deathstroke has vowed to complete his last, unfinished assignment. But the master assassin Shado has plans of her own, looking to step in for the late, great World’s Greatest Assassin and usurp his place in villainous hierarchy. Meanwhile, Rose Wilson discovers the identity of the person responsible for her father’s death. Can her brother, Jericho, stop her from seeking vengeance?

Also, in this issue, Slade Wilson’s son Jericho accepts Lex Luthor’s offer of power—but he’s determined to use it as a force for good”…so why is Lex smiling? 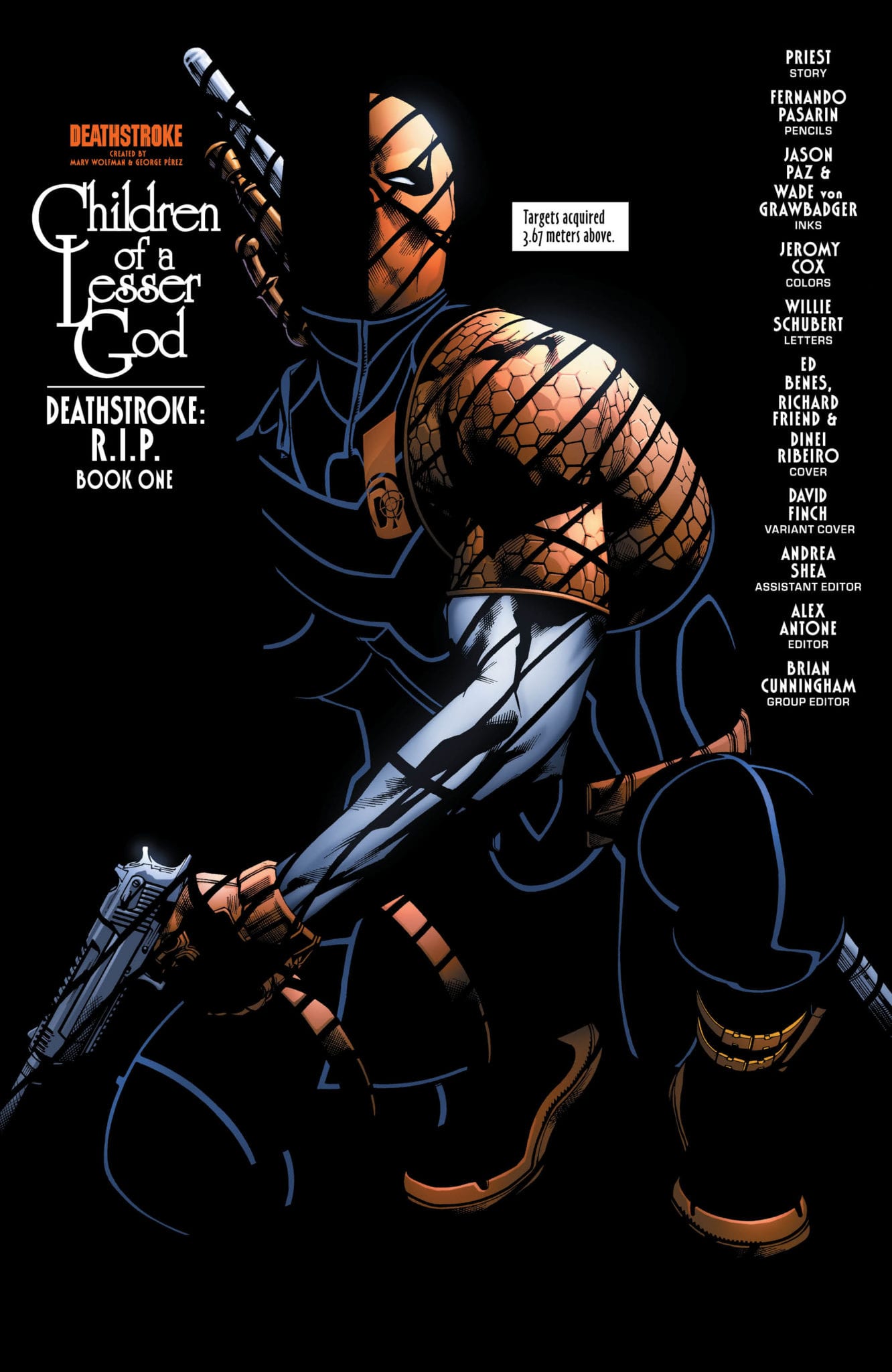 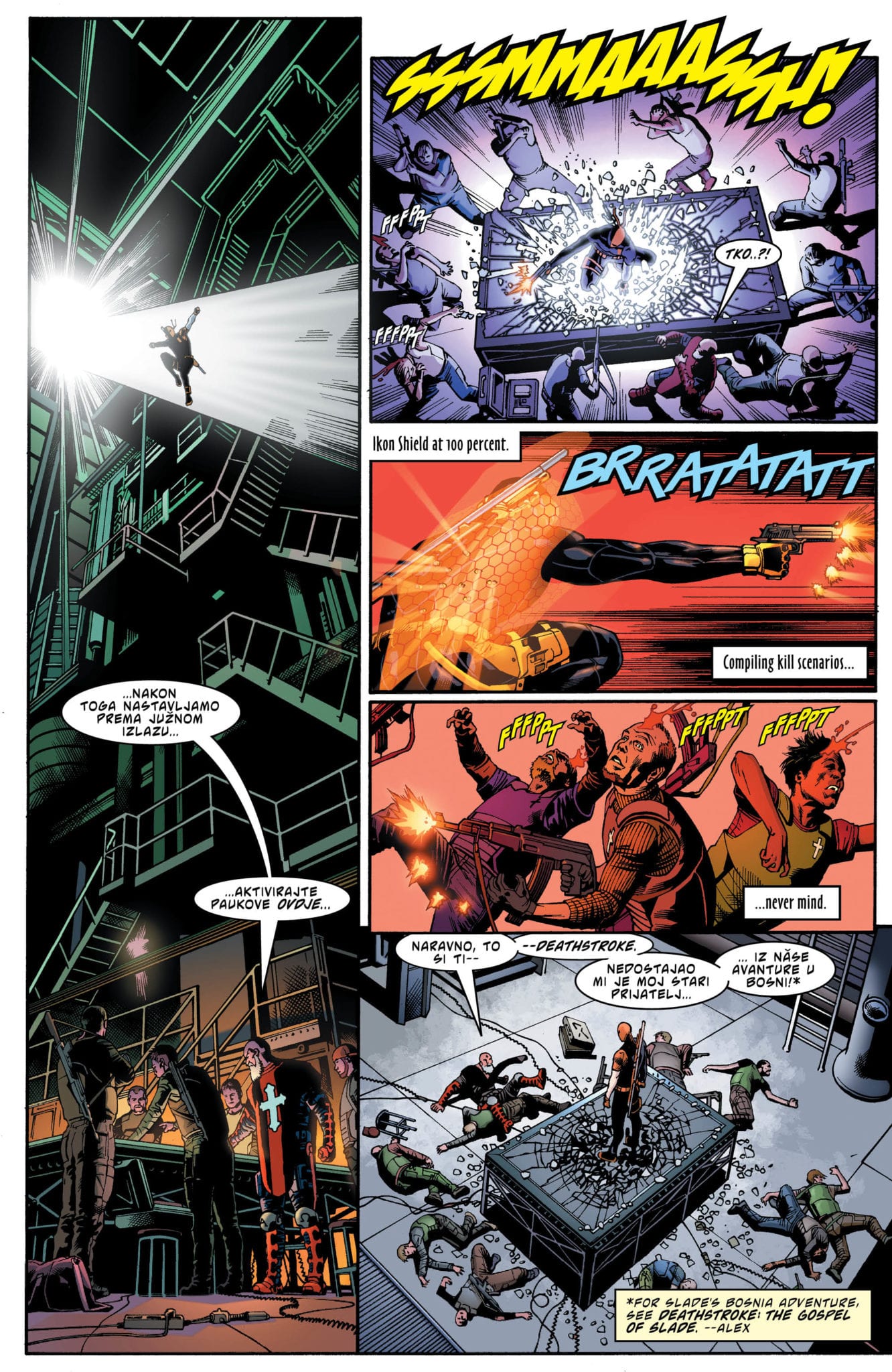 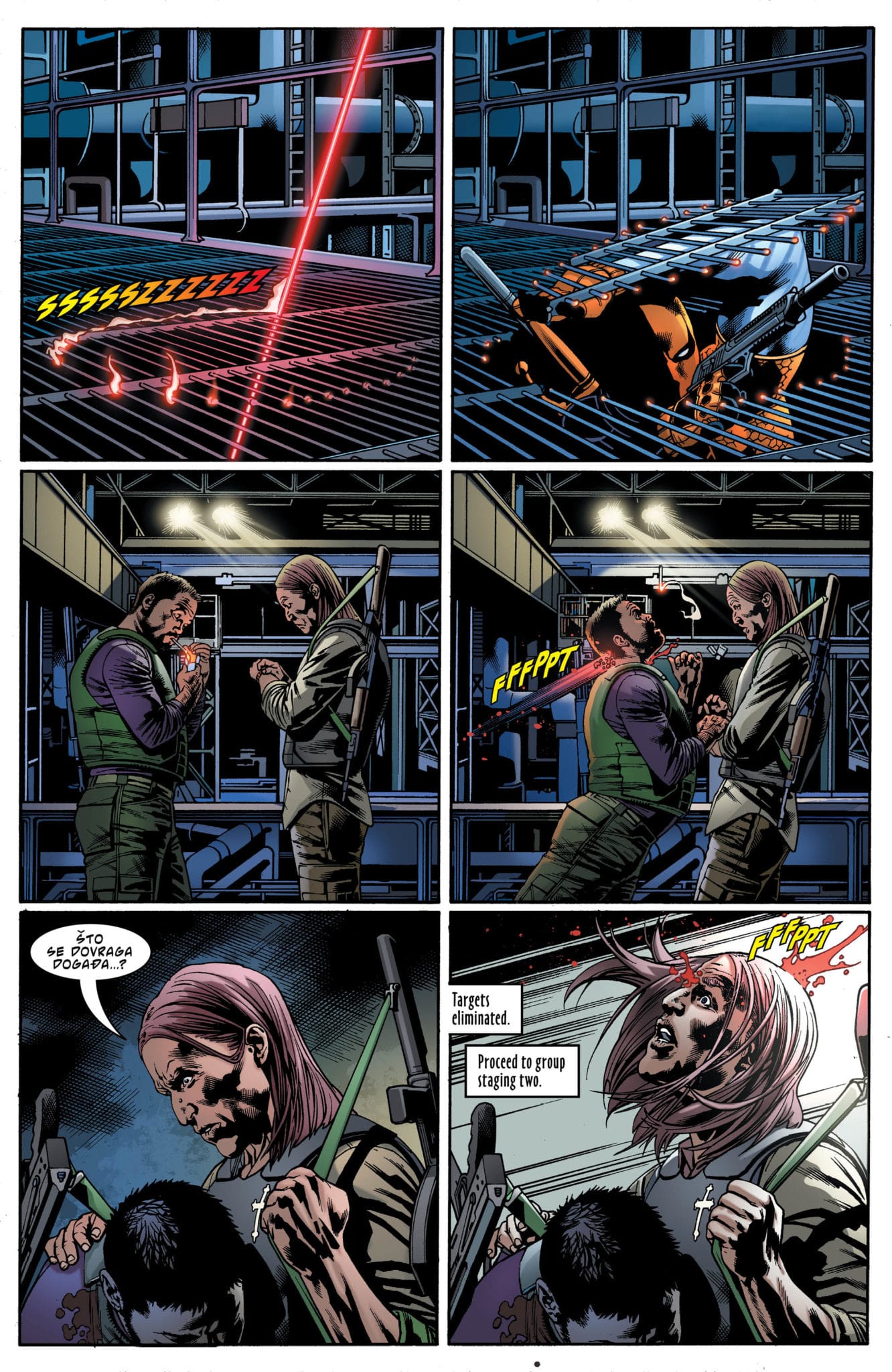 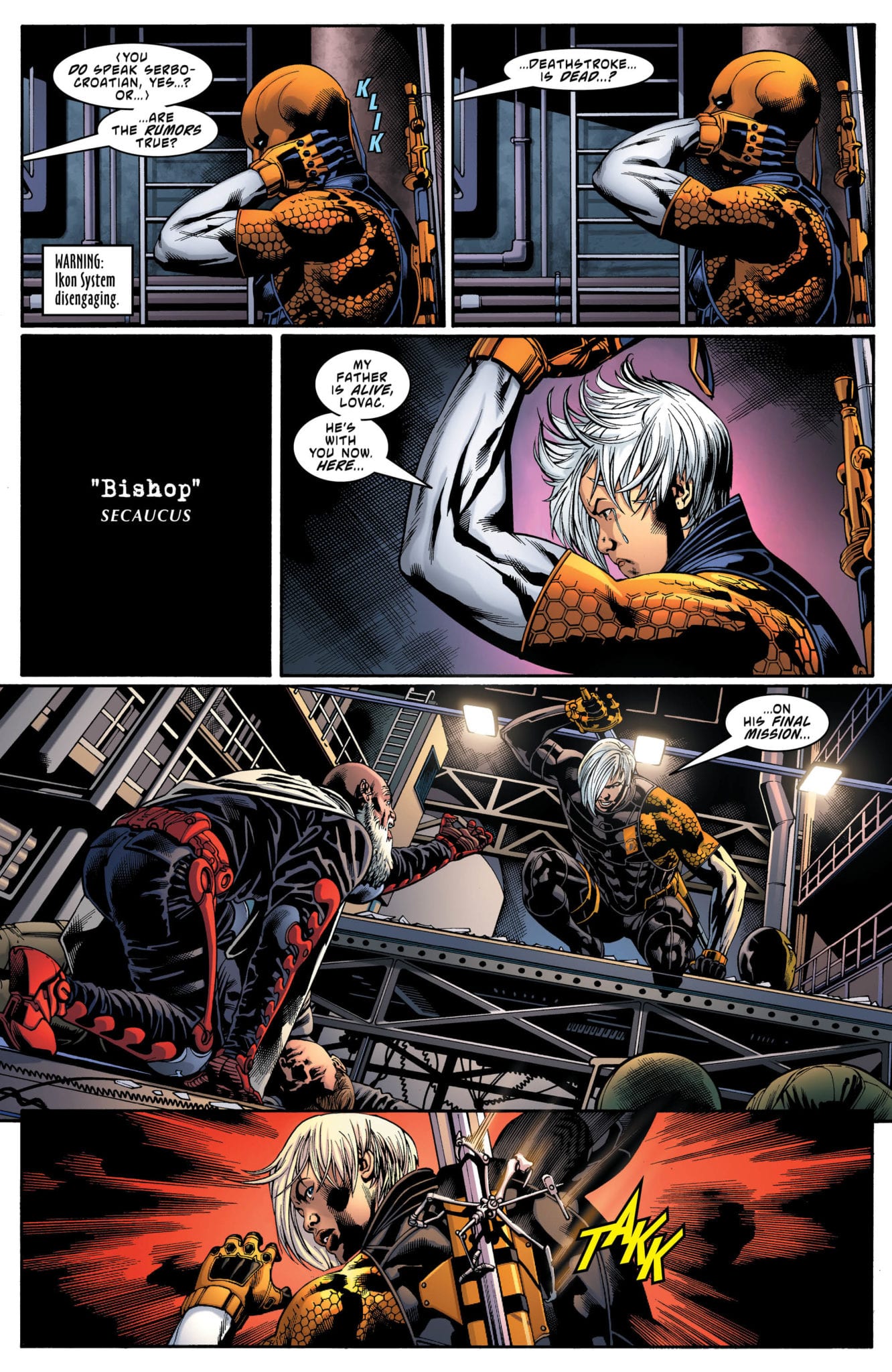 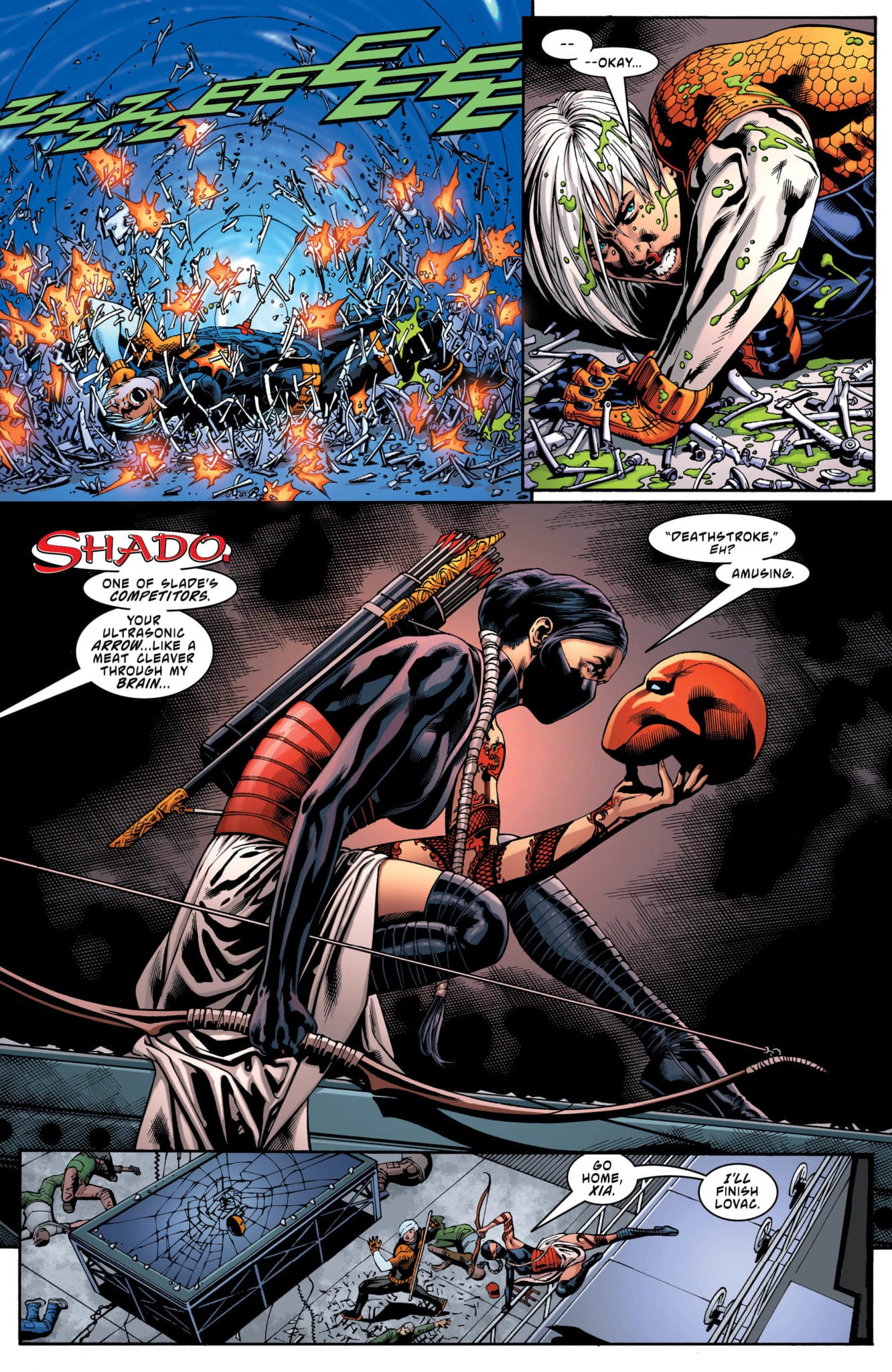 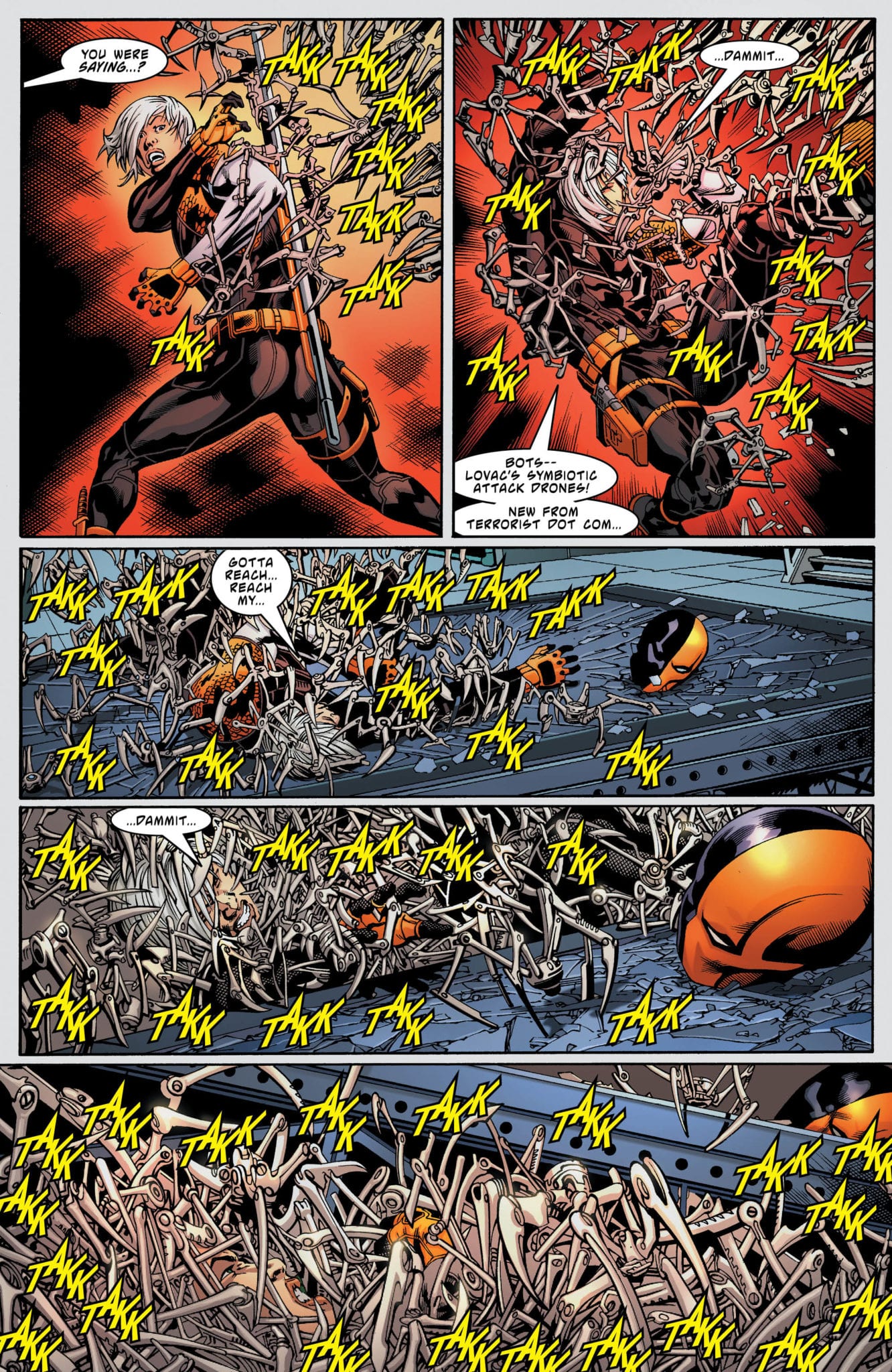 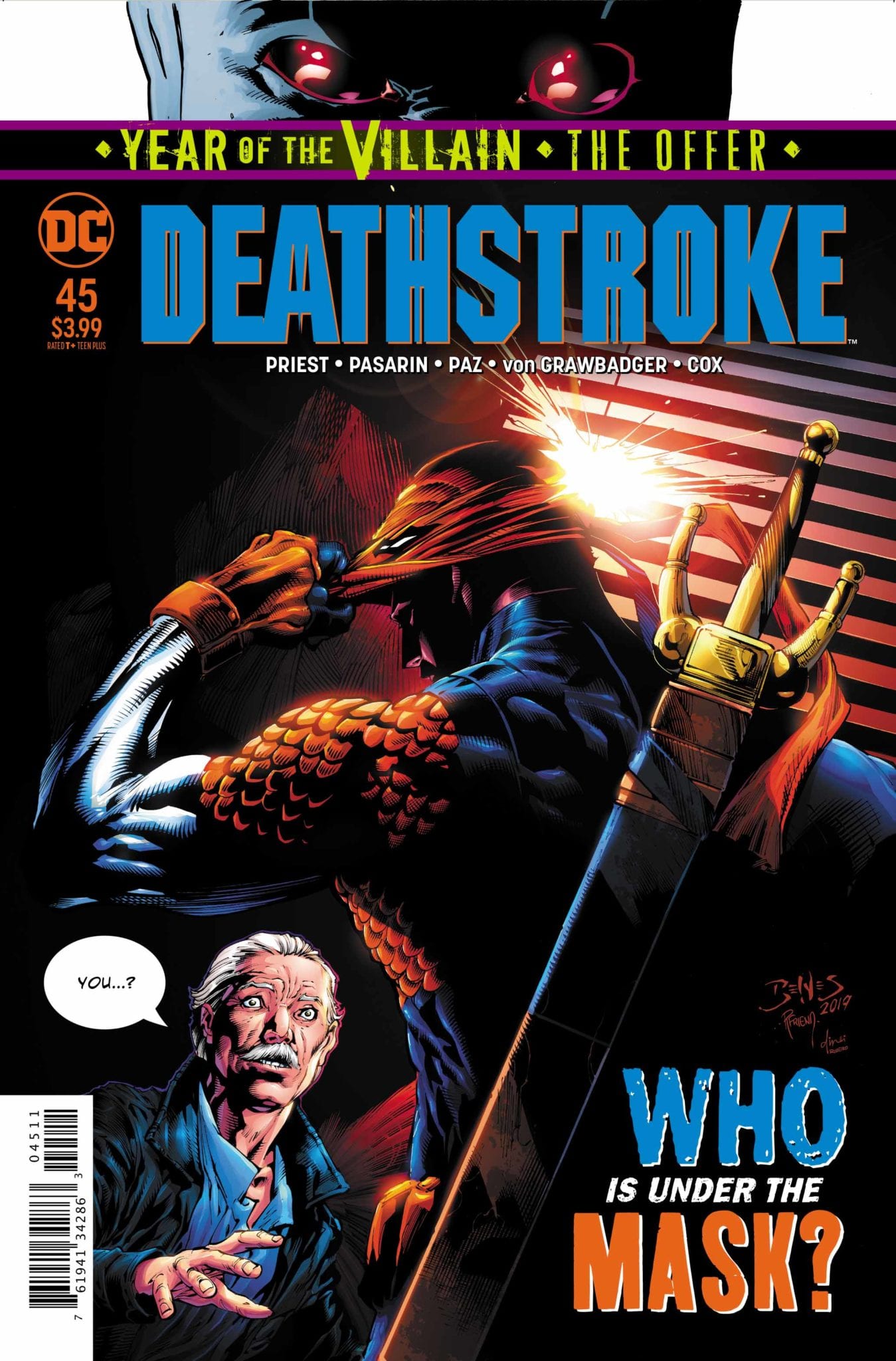 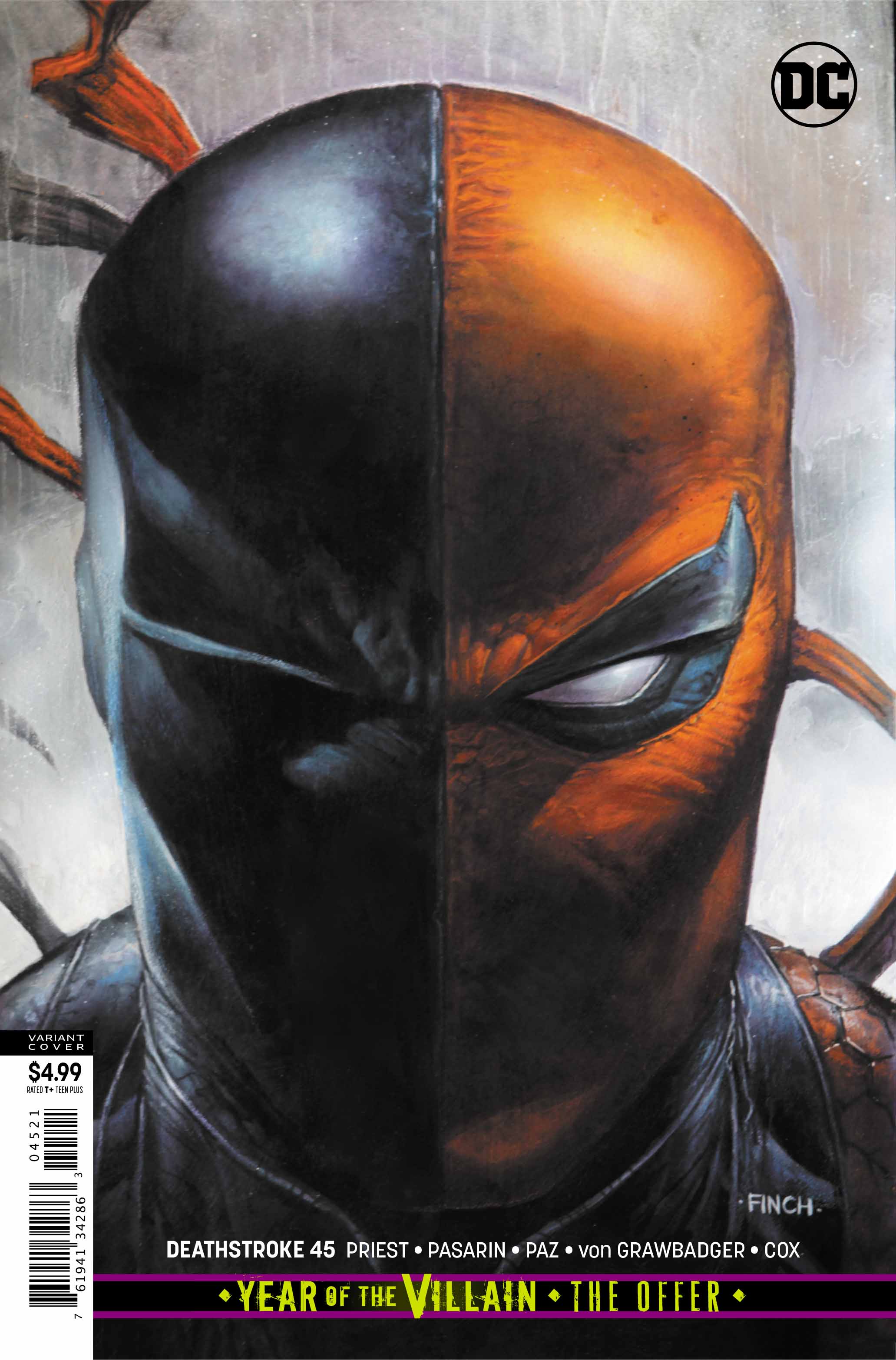 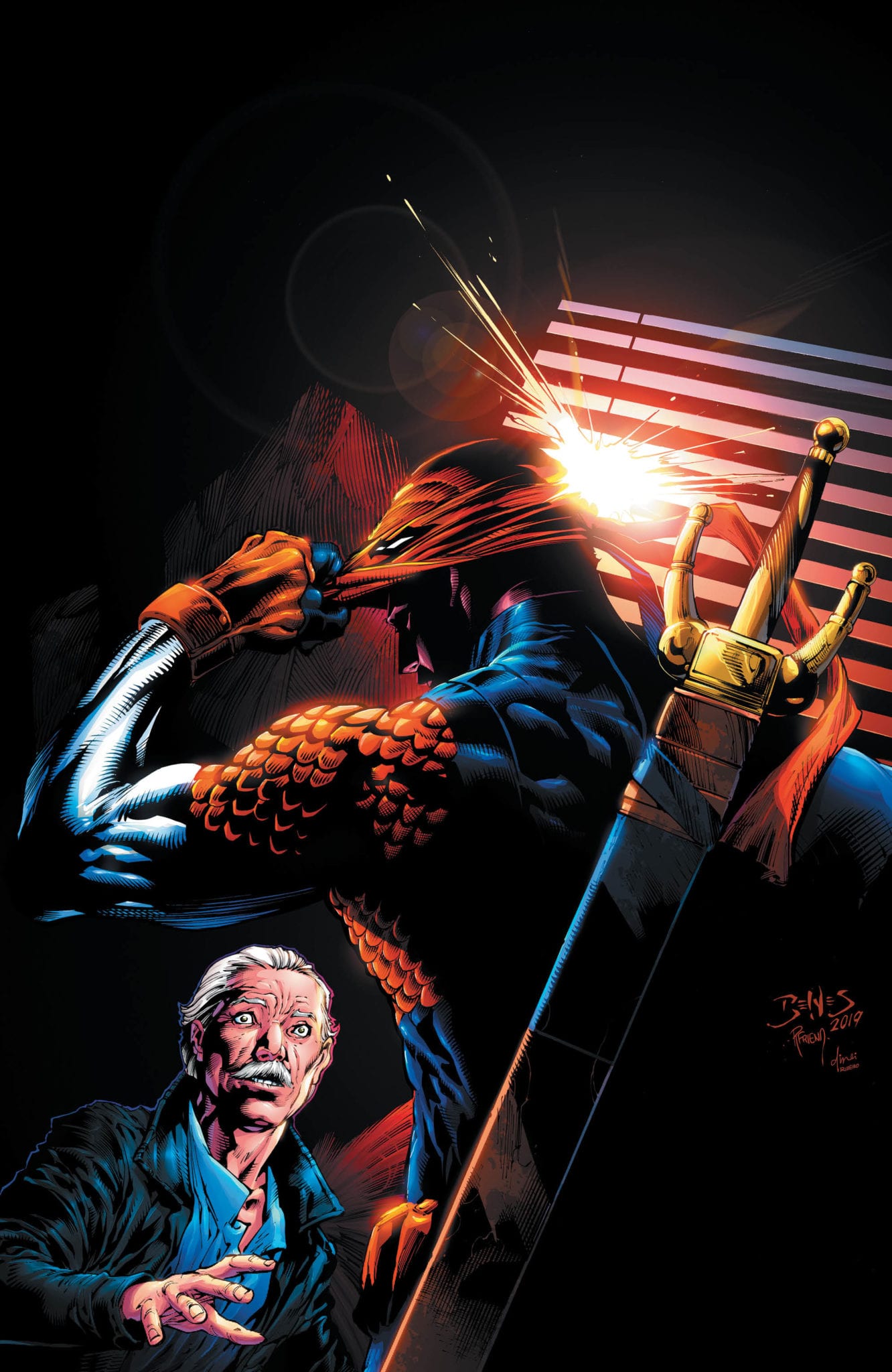 What do you think of Priest’s run so far? Comment below with your thoughts.

Exclusive AfterShock Comics Preview: THE MAN WHO F#%&ED UP TIME #2

The Man Who F#%&ed Up Time #2, the sci-fi action-comedy doesn't come out until March 11, but thanks to AfterShock Comics, Monkeys Fighting Robots...
Read more
Comic Book Reviews

Batman works against The Designer Gotham is changing for the better, but something is standing in the way. The biggest villains of Gotham have prepared...
Read more