Metal Men #3 hits your local comic book store on December 18th, but thanks to DC Comics, Monkeys Fighting Robots has an exclusive six-page preview for you.

About the issue:
In this issue, it’s kaiju versus giant robot versus the Metal Men! After killing off one of the Metal Men, Nth Metal gets placed into a holding cell at the lab so Doc Magnus can learn exactly how dangerous it is! That is, until a giant, flying manta with lasers coming out of its eyes attacks the lab-and now the Metal Men must team up with a giant robot in order to save the day!

Metal Men #3 is by Dan DiDio and Shane Davis, with inks by Michelle Delecki, colors by Jason Wright, and letters by Travis Lanham. The main cover is by Davis, Delecki, and Wright, with the variant by Cully Hamner.

The Metal Men are one of DC Comics’ more obscure (but beloved) teams, created in 1962 by Robert Kanigher and Ross Andru. Prior to this series, they were most recently seen in Doomsday Clock as one of the teams that confront Watchmen‘s Doctor Manhattan.

Check out the Metal Men #3 preview below: 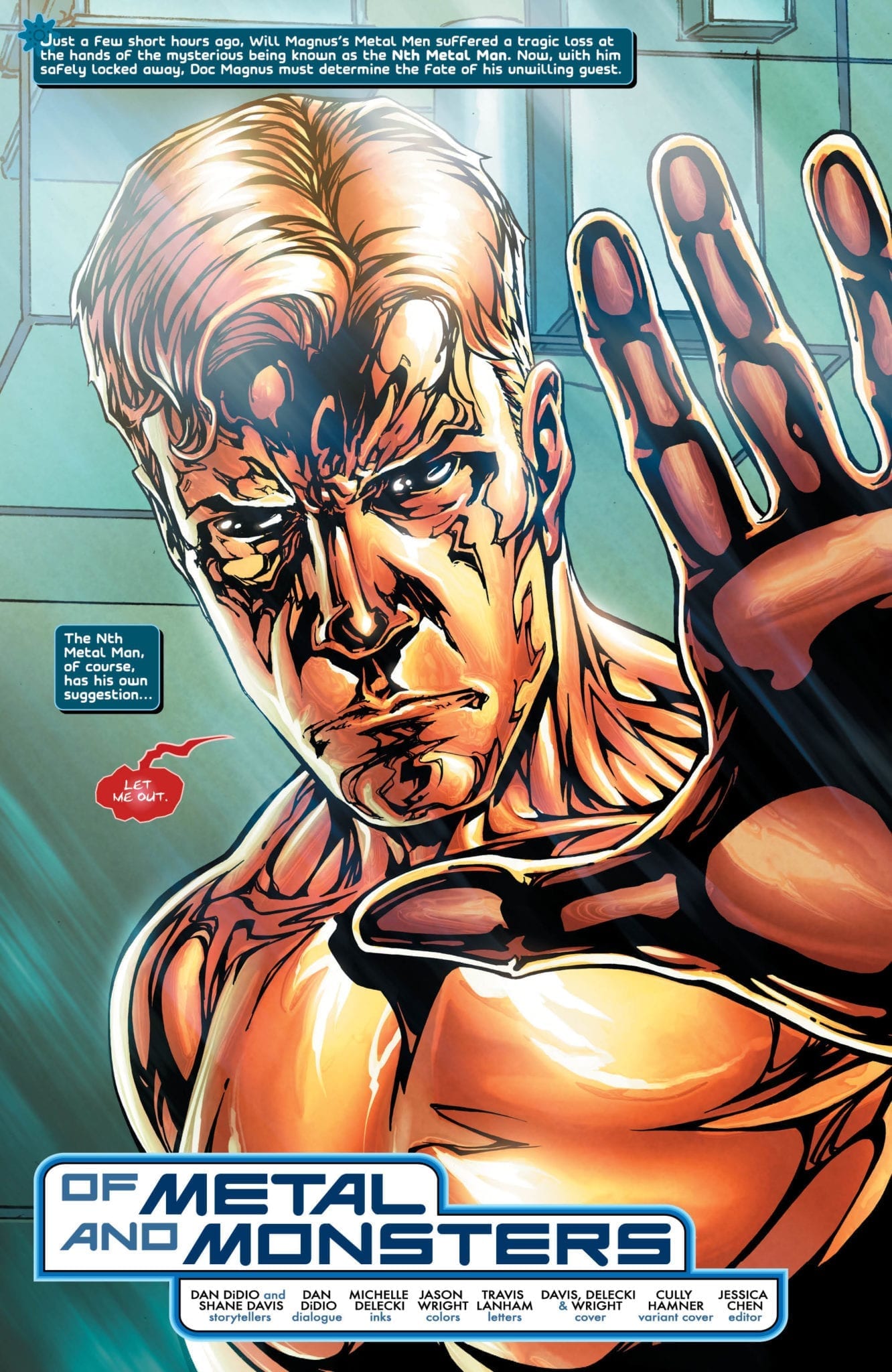 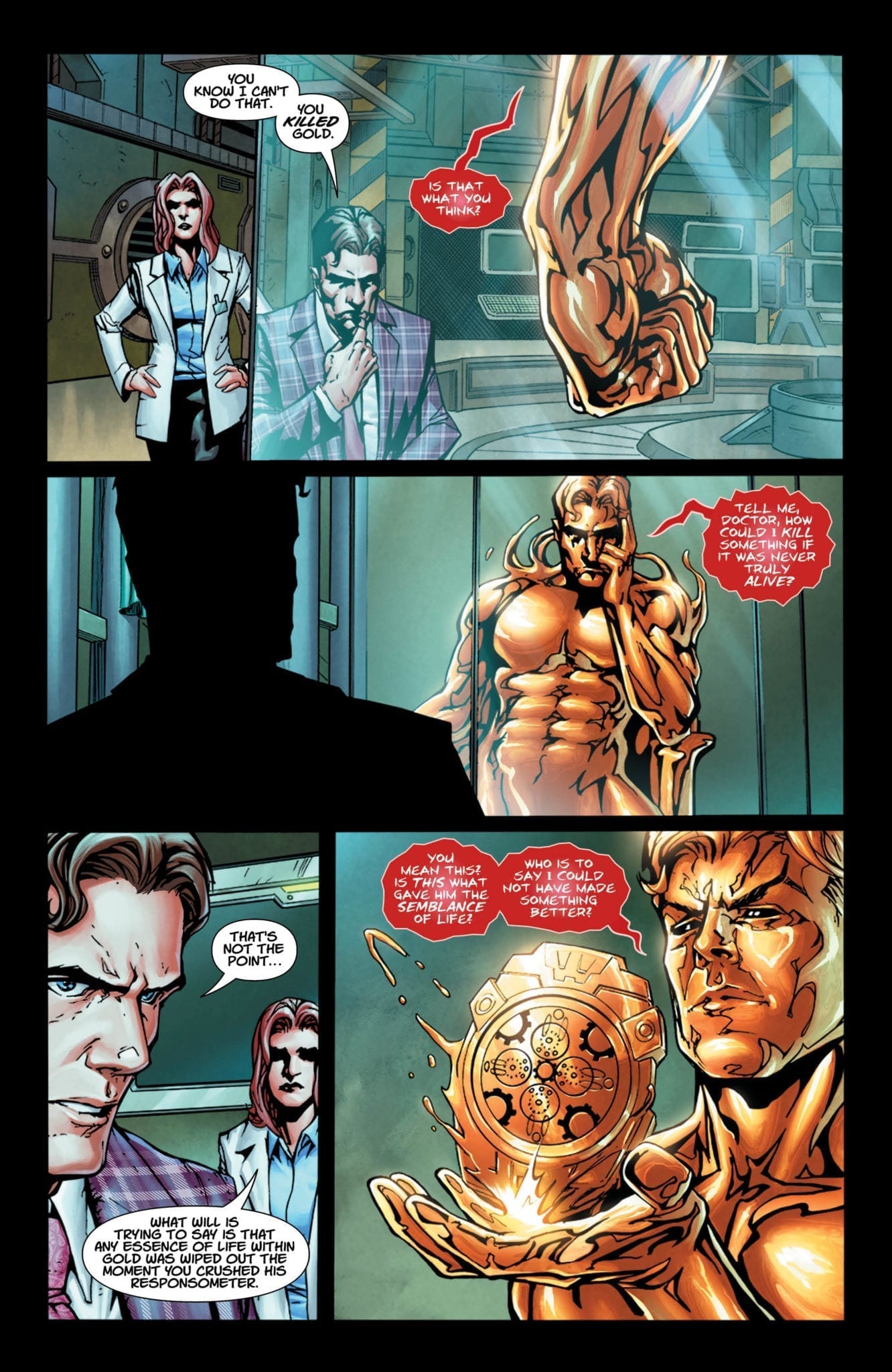 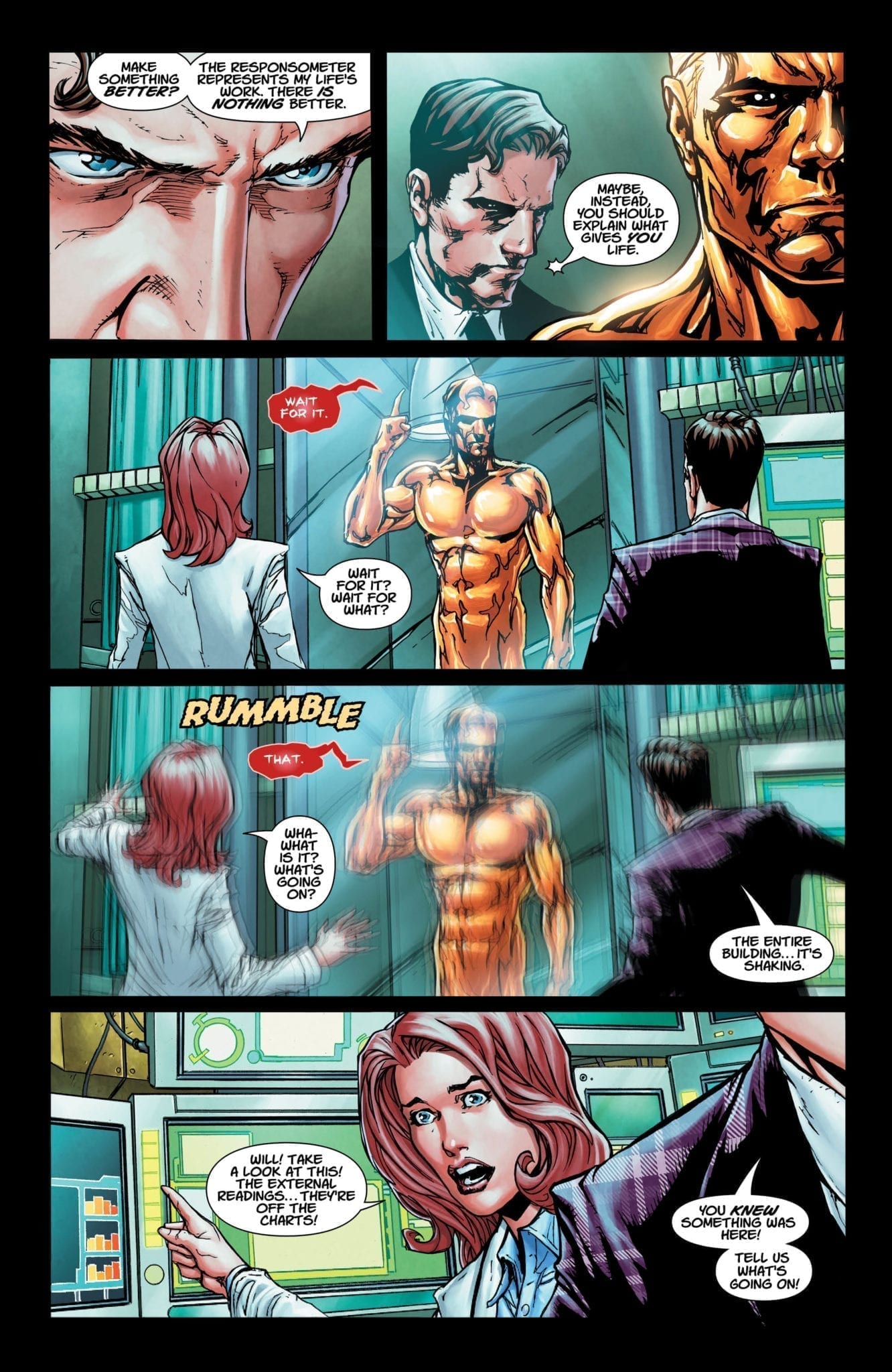 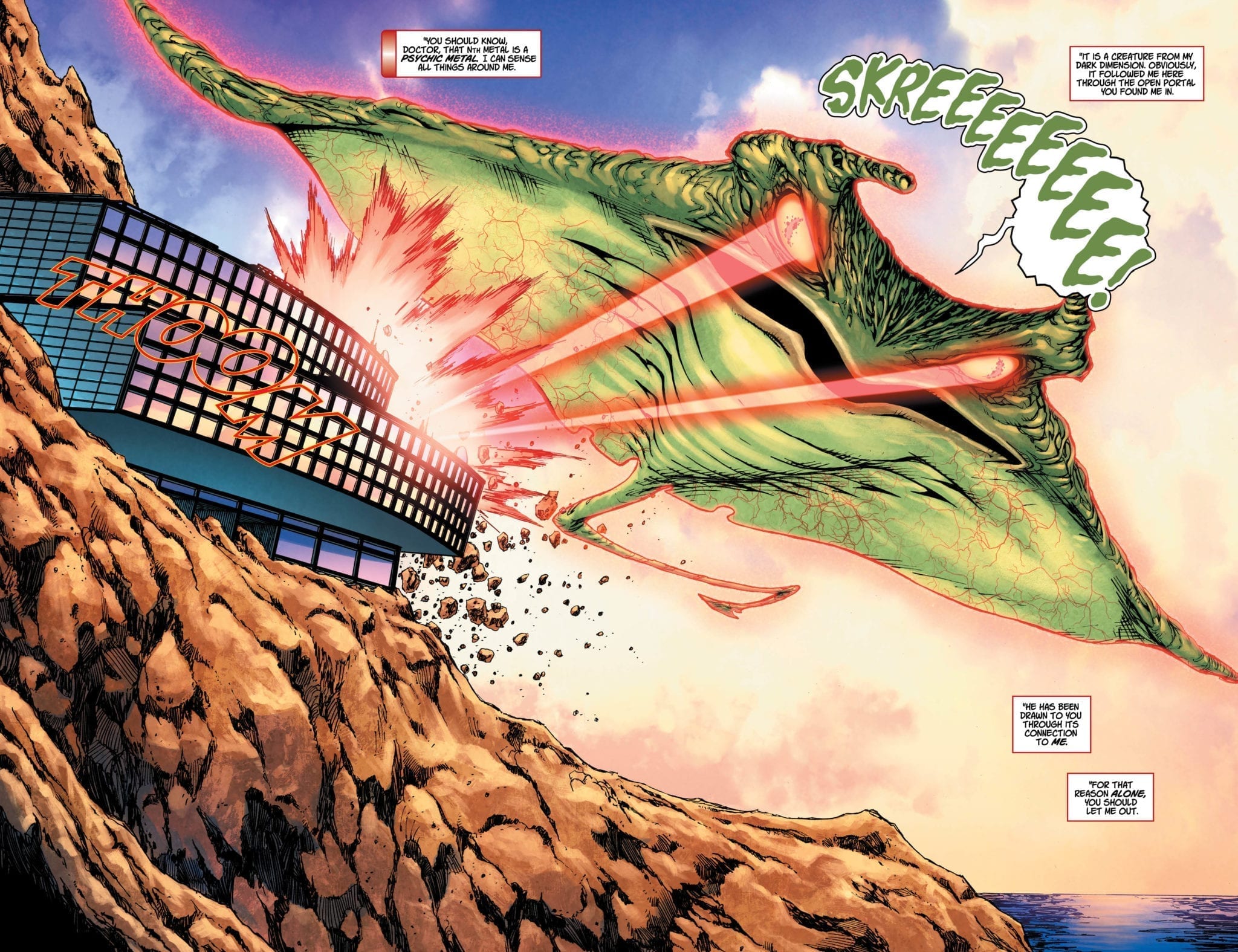 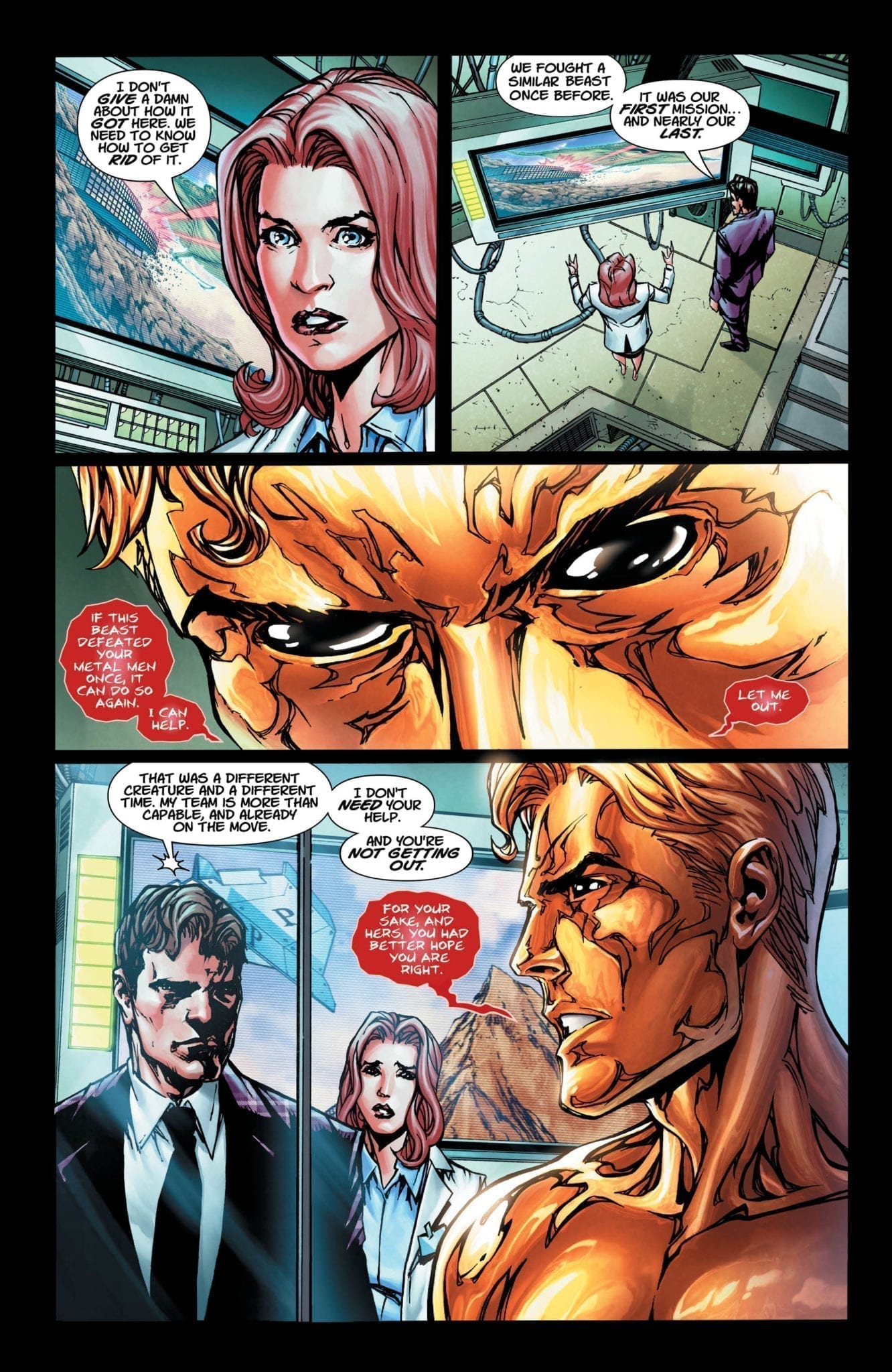 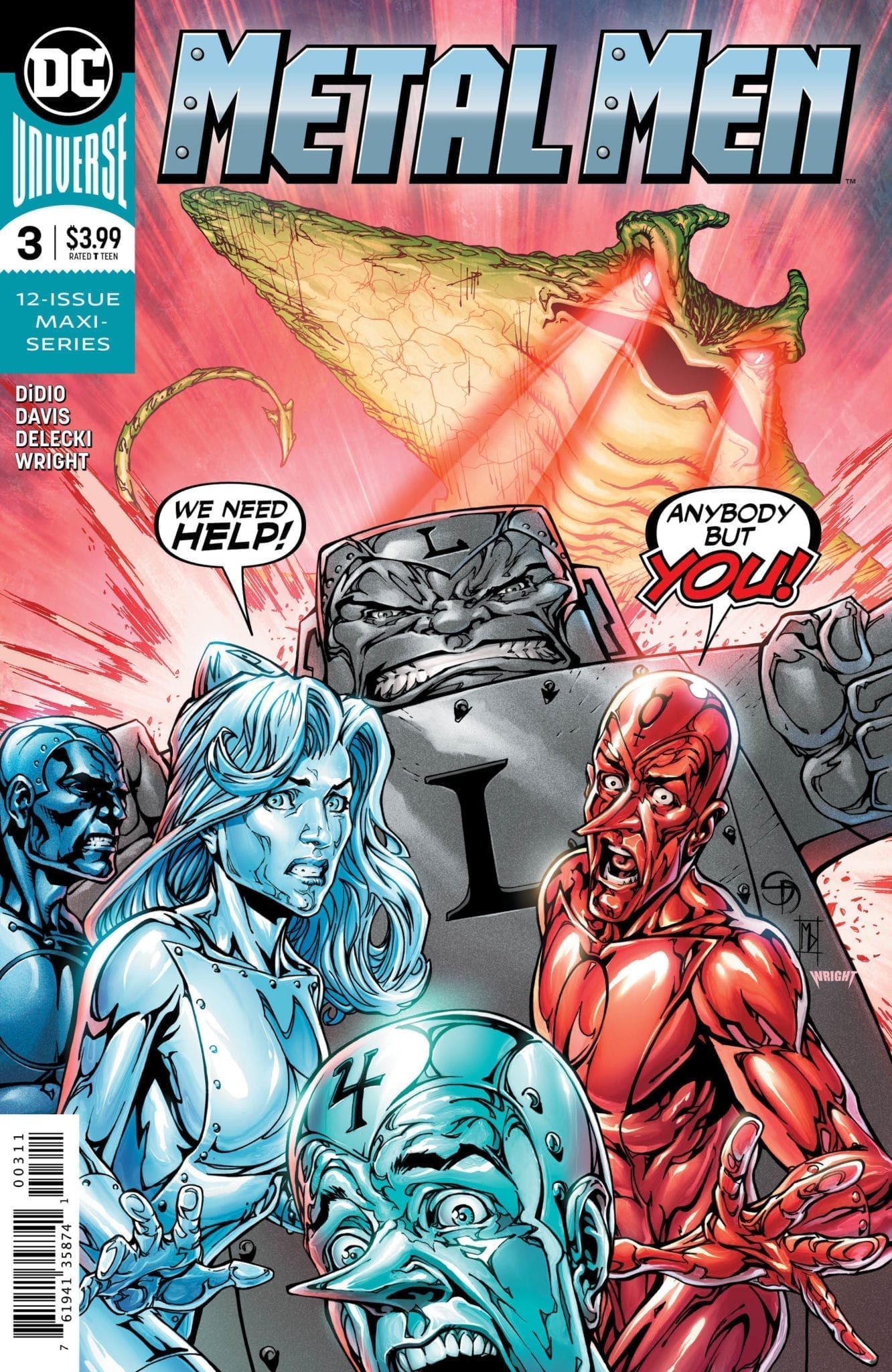 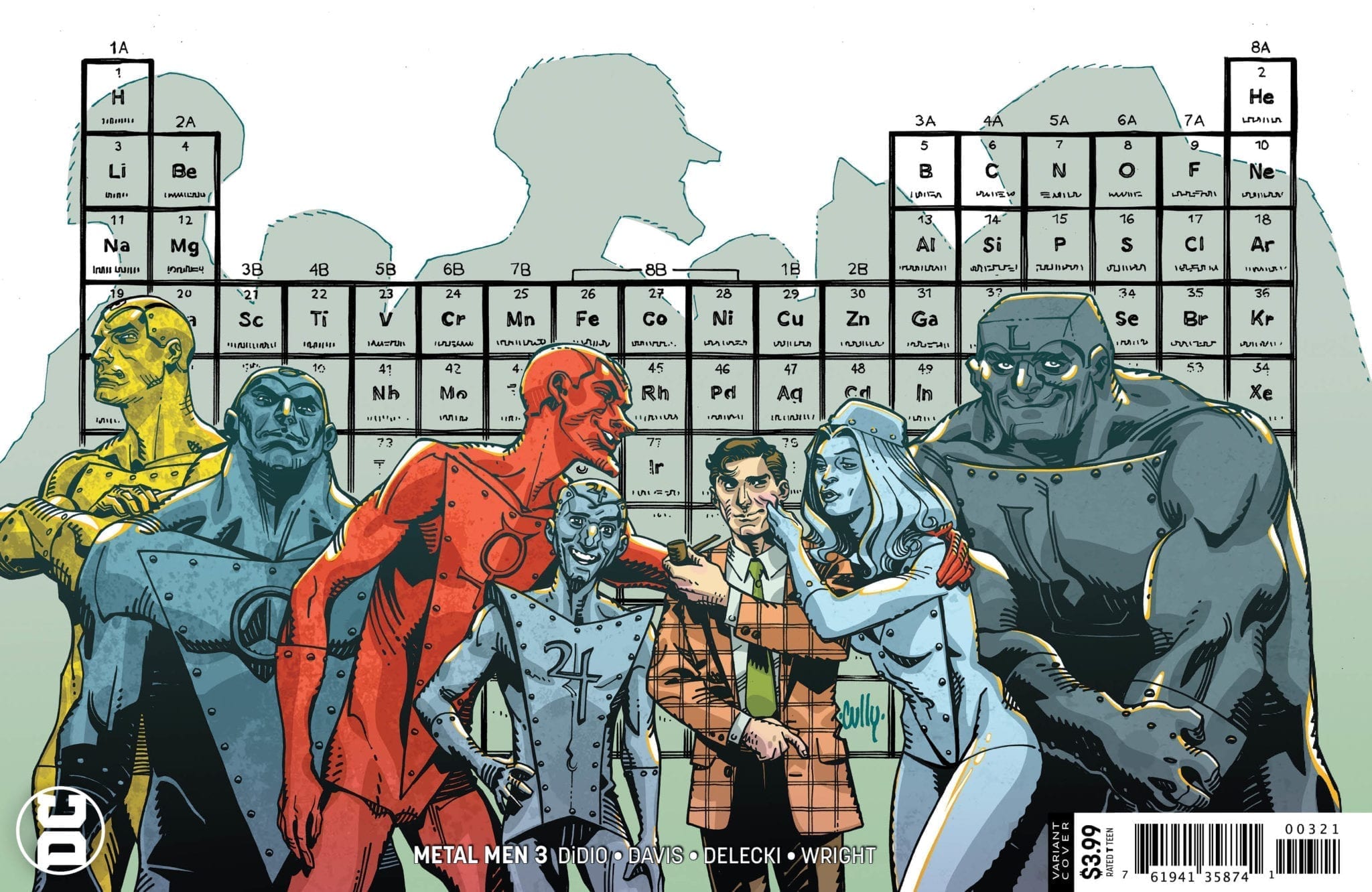 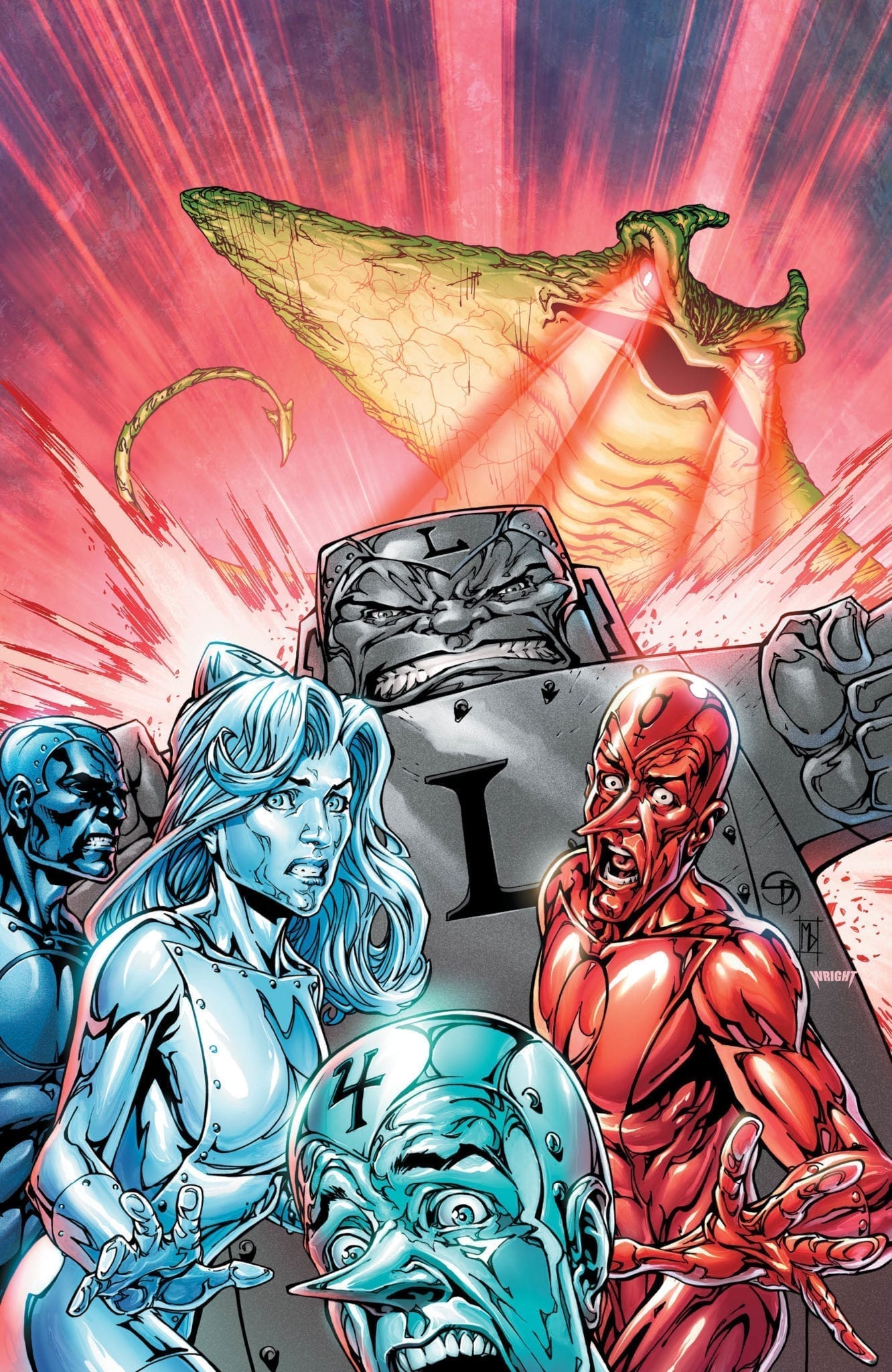 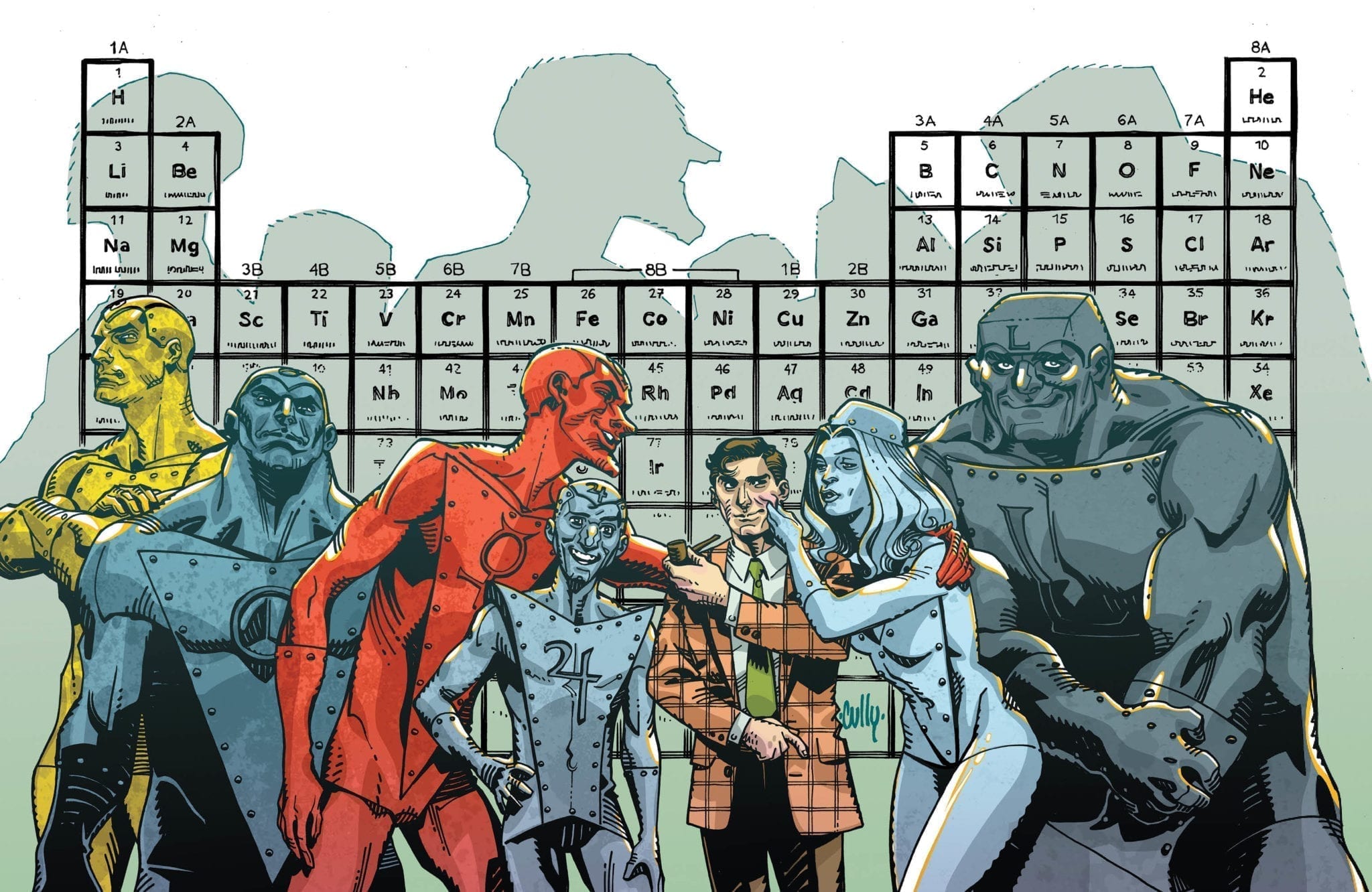 Are you reading DC Comics’ Metal Men? Sound off in the comments!