Harley Quinn & Poison Ivy #3 hits your local comic book store on November 13th, but thanks to DC Comics, Monkeys Fighting Robots has an exclusive five-page preview for you.

About the issue:
Down the rabbit hole and through the looking glass, and what did Harley and Ivy find there? A tea party with some very unexpected and uninvited guests! It turns out the Mad Hatter has a game of his own to play, and Poison Ivy and Harley Quinn must decide between fight and flight. And is that gift Lex Luthor dropped off for Ivy actually of any use, or is it just a steaming pile of manure?

Harley Quinn & Poison Ivy #3 is written by Jody Houser, with pencils by Adriana Melo, inks by Mark Morales, colors by Hi-Fi, and letters by Gabriela Downie. The main cover is by Mikel Janin, with a two-piece variant cover set by David Finch and Steve Firchow.

As the solicit text suggests, this issue is a very Alice in Wonderland-themed story featuring the Mad Hatter. The six-issue miniseries sees Harley and Ivy trying to find understanding in the wake of Heroes in Crisis, which left the two ladies in very strange, new territory.

Check out the Harley Quinn & Poison Ivy #3 preview below: 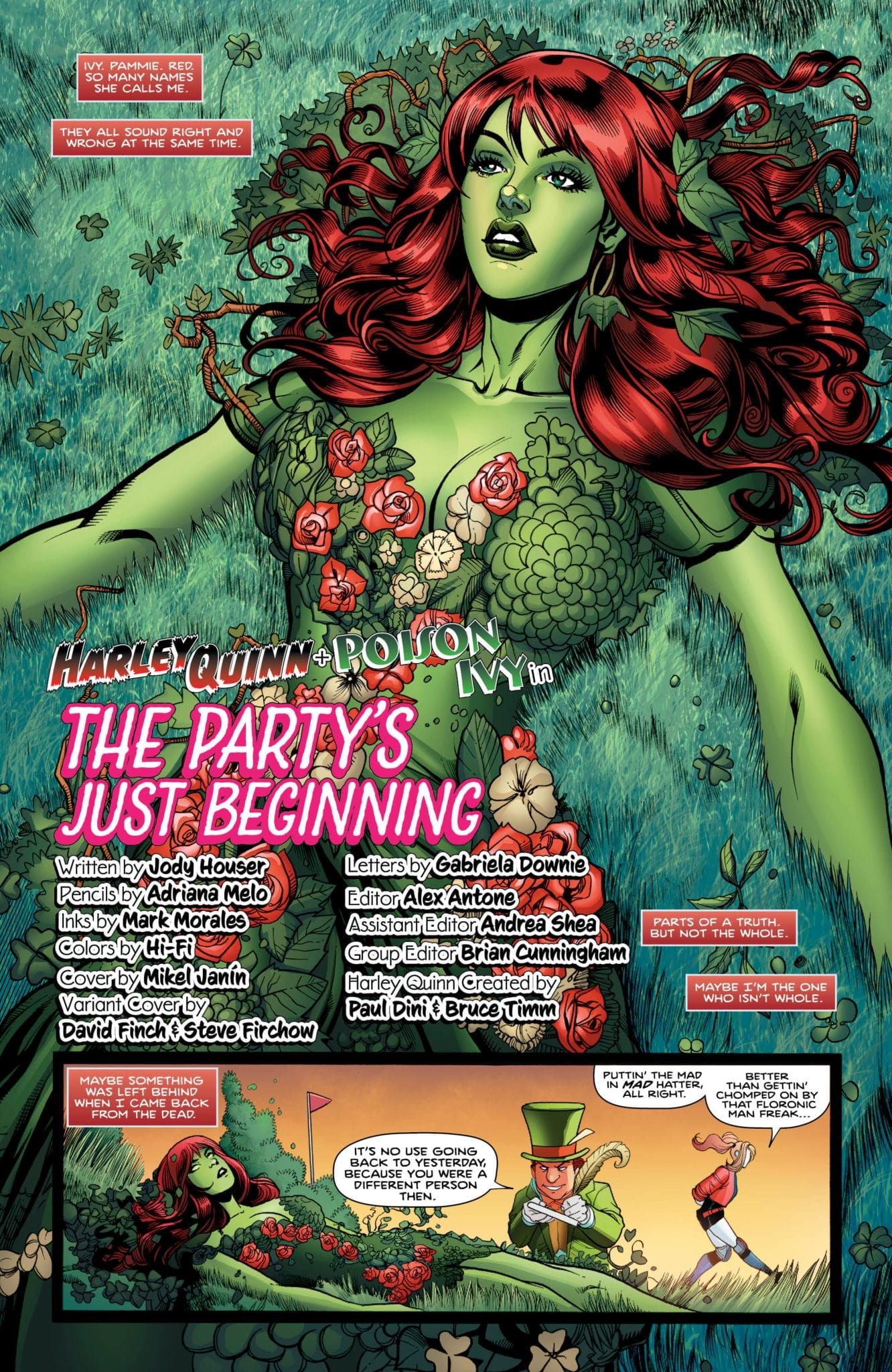 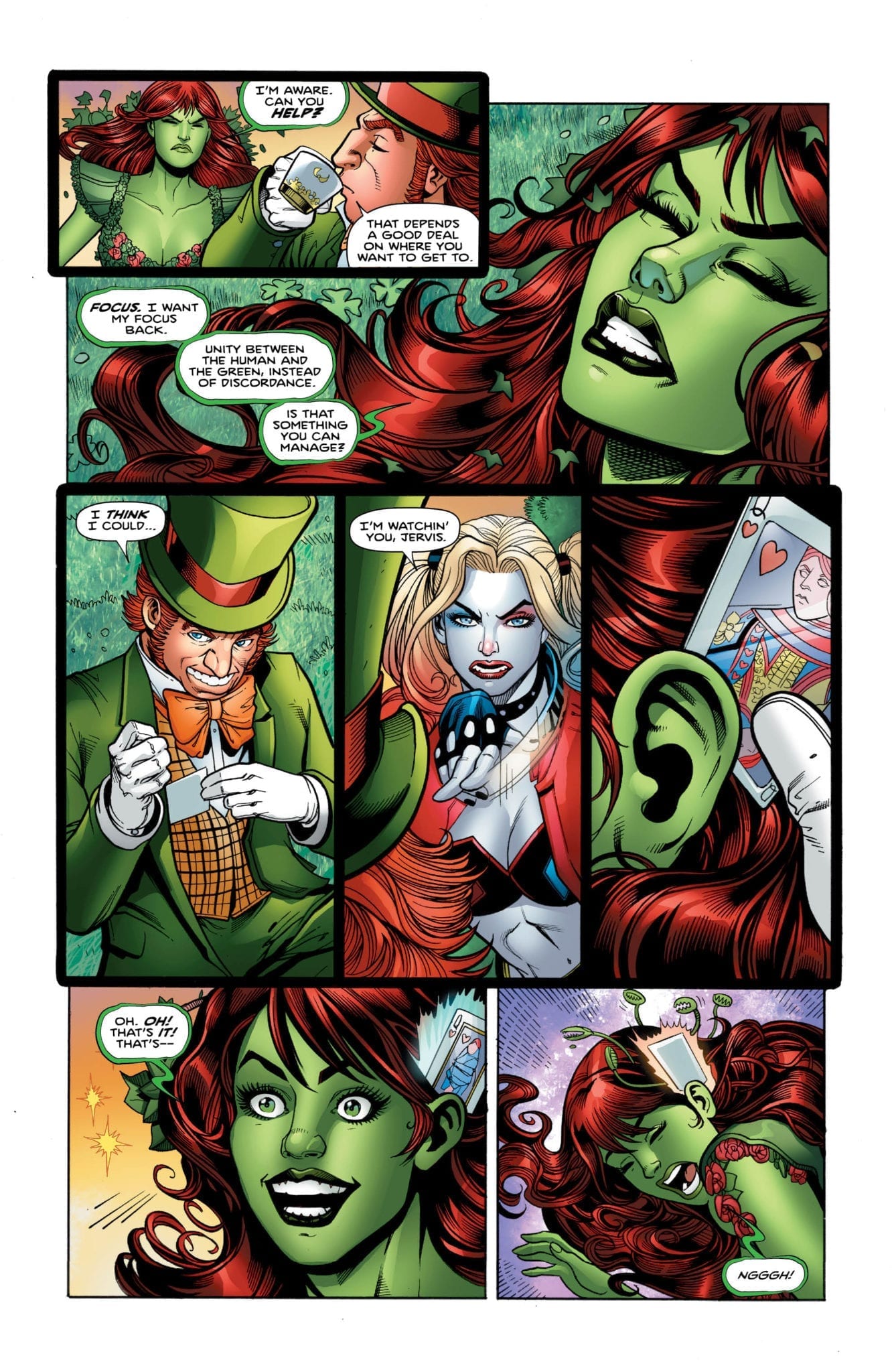 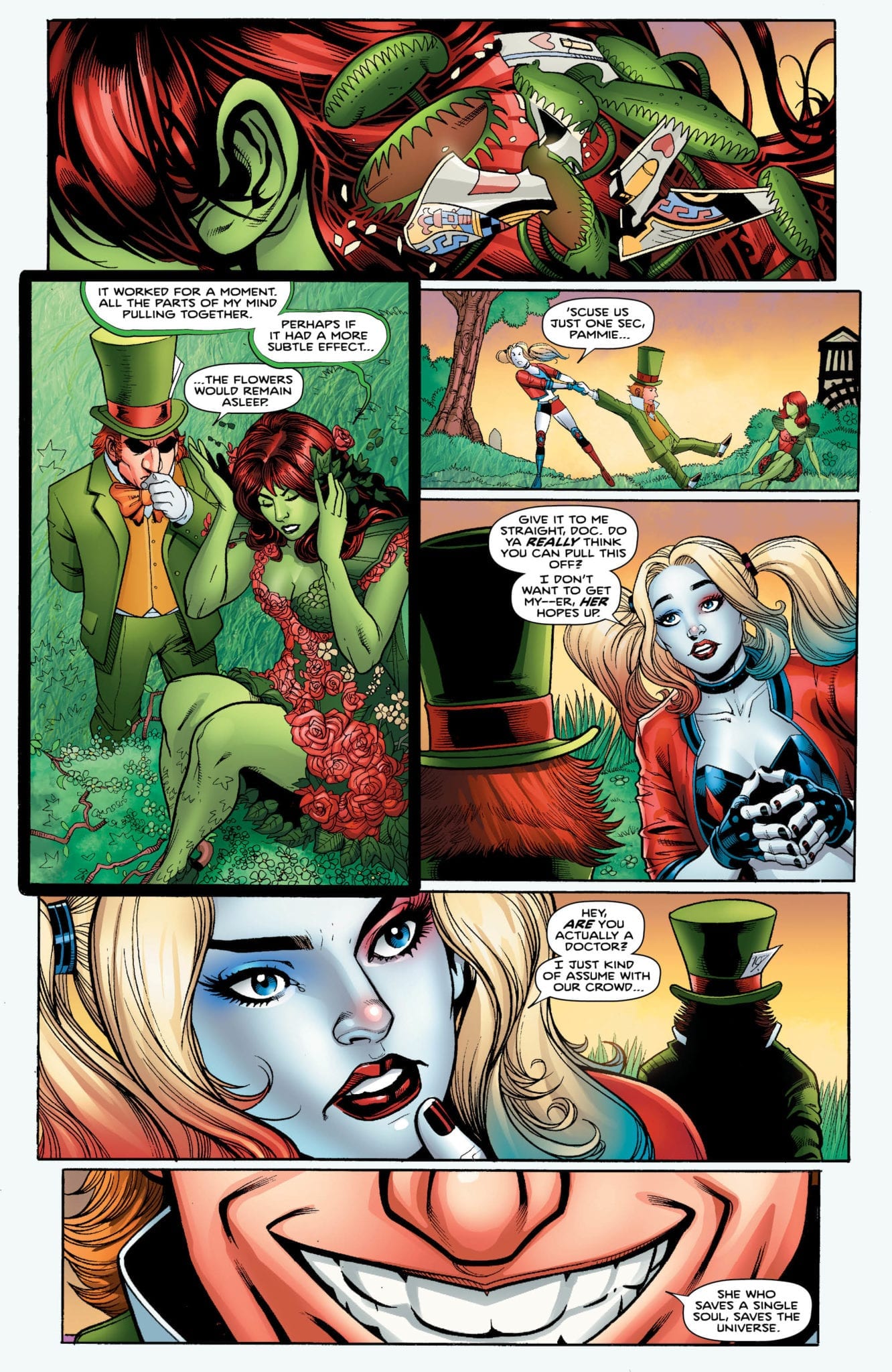 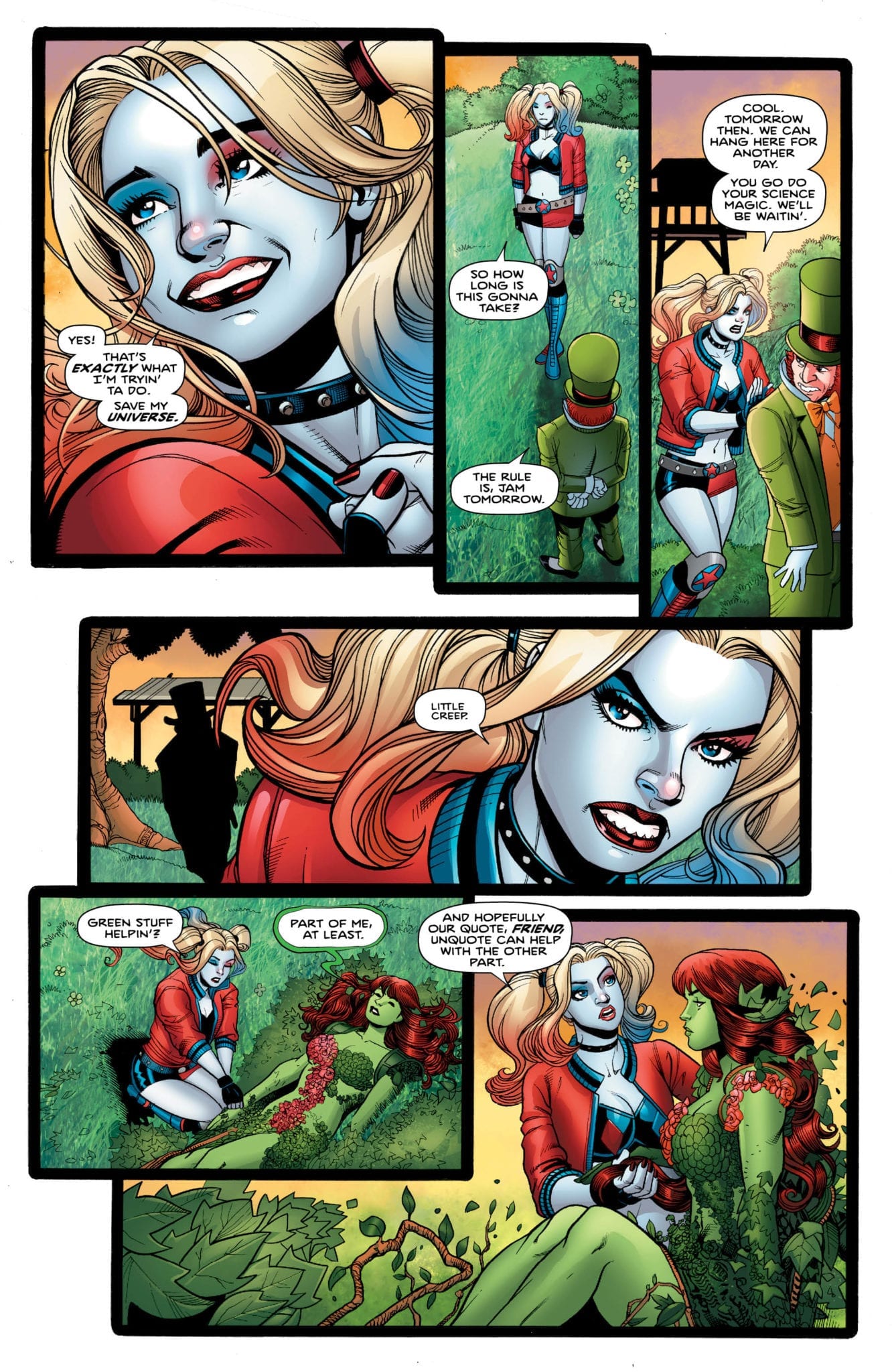 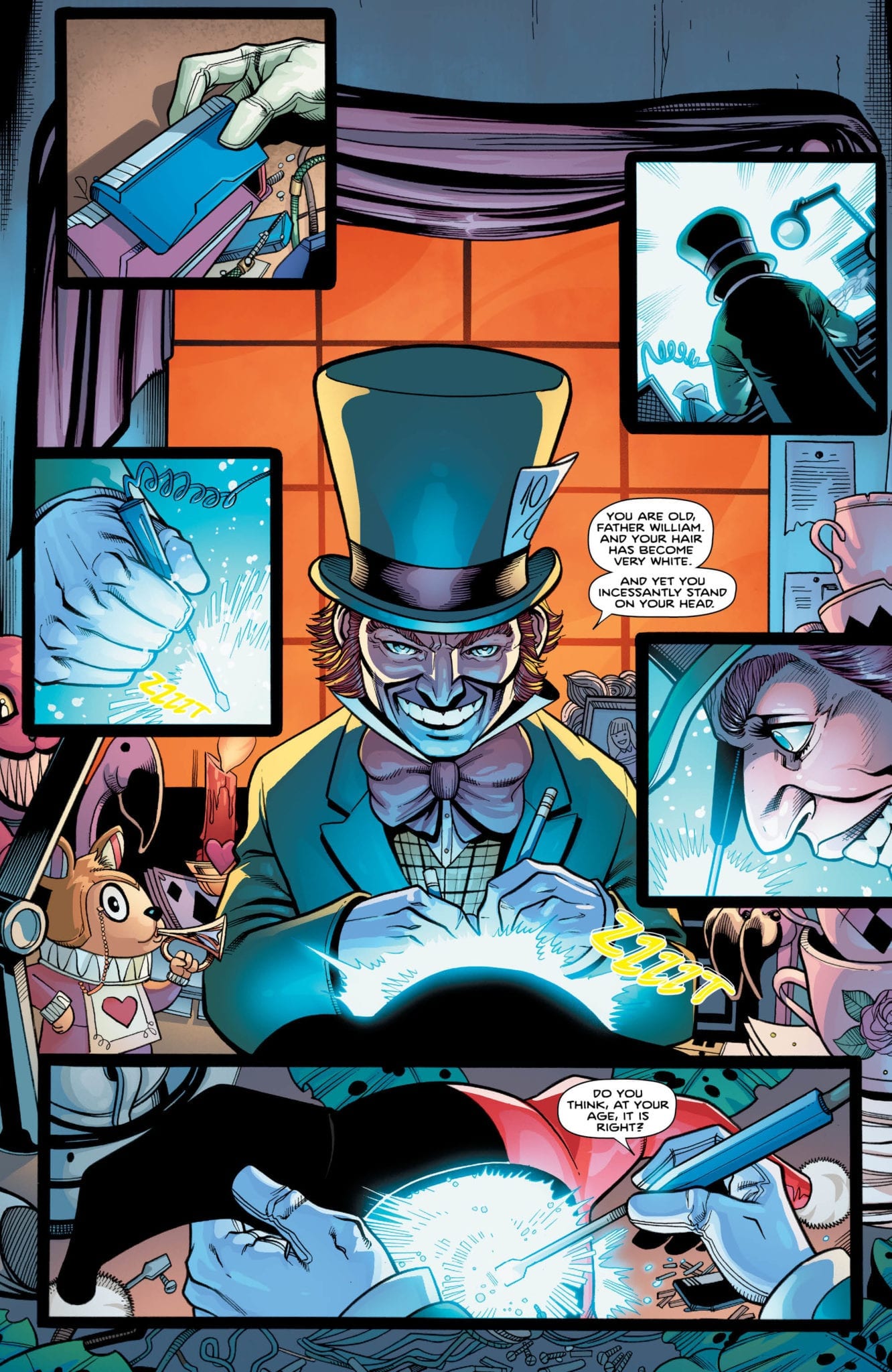 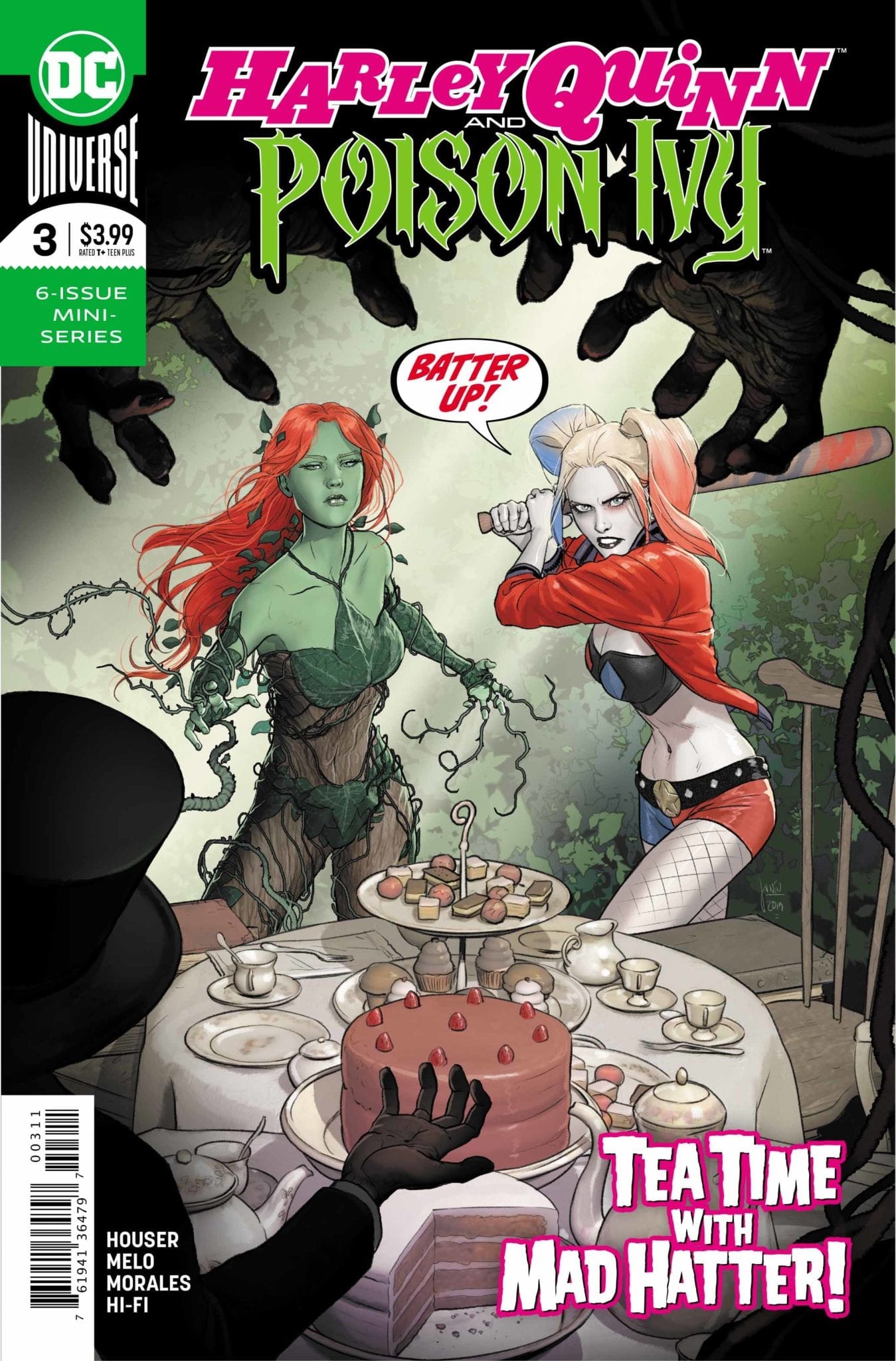 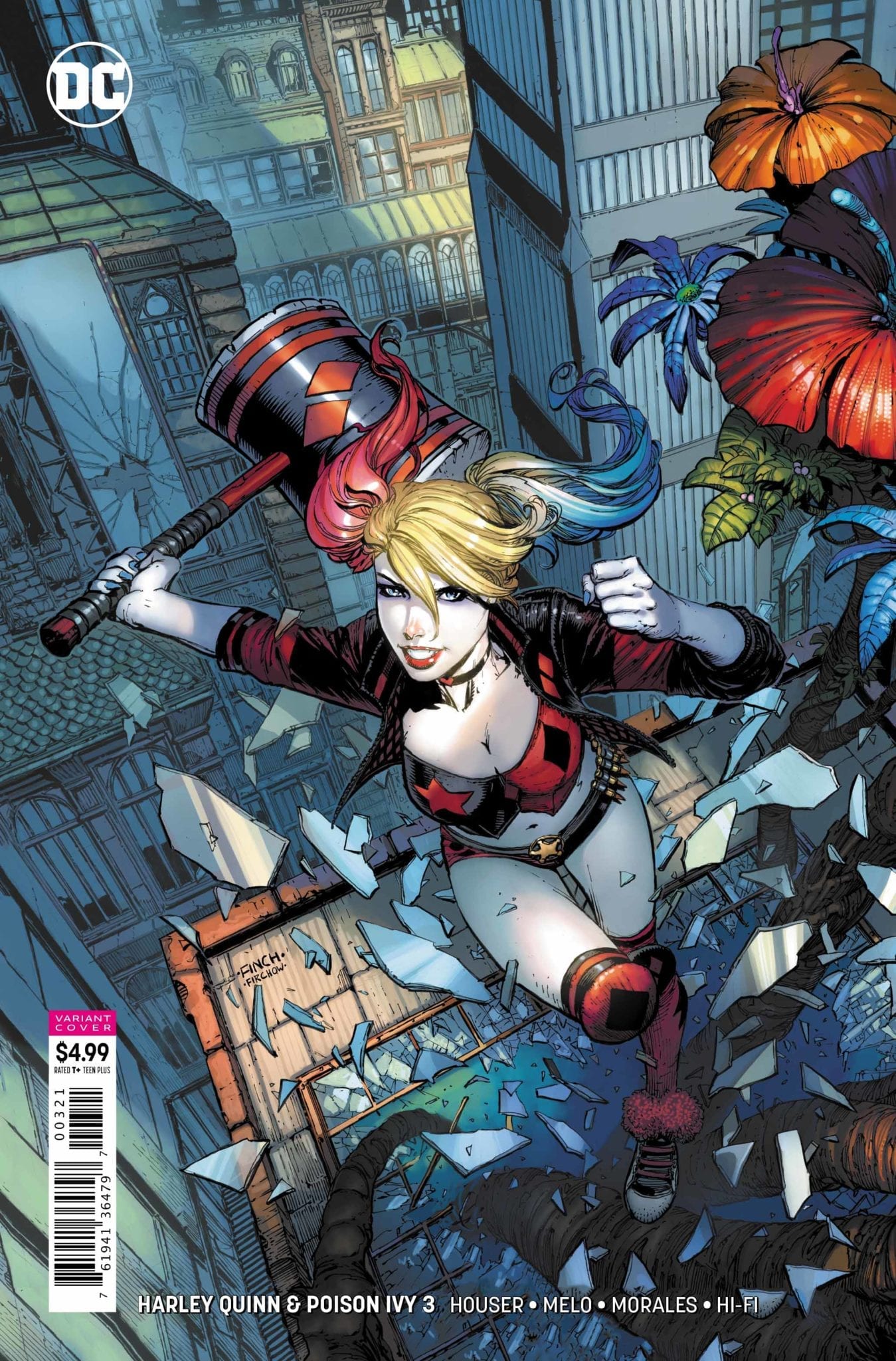 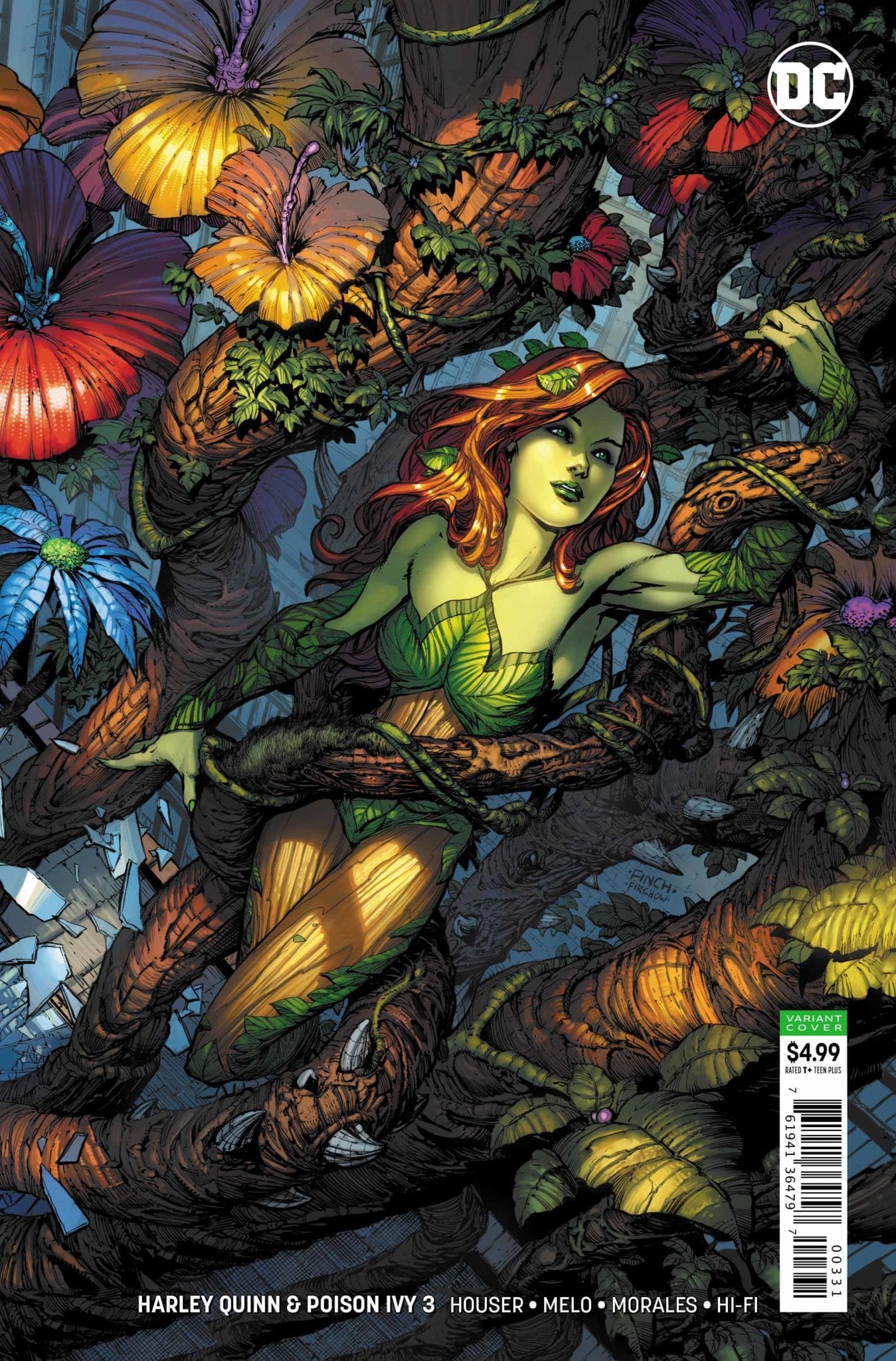 Are you reading Harley Quinn & Poison Ivy? Sound off in the comments!