Reading Comics Can Give You Comfort; Here Are Just A Few Choices

A lot of us are in need of a little comfort and escape right now, which is hard for some with social isolation. But comics are one of THE best mediums for that. And with no new comic book releases scheduled until further notice, we funny book fans can always turn to our beloved long box collections of issues or collected editions for that escape. With that in mind, a few of us at Monkeys Fighting Robots have decided to give a shout out to some of the comics that help us find comfort when we need it. Check out some of our choices below and make sure to leave some of your own in the comments. Enjoy! 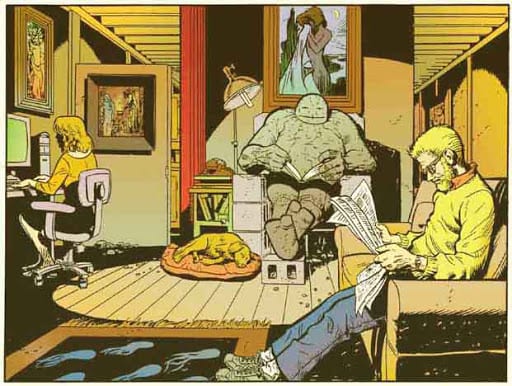 On the surface, Paul Chadwick’s (sole creator) series of Concrete stories may seem like yet another typical superhero concept and origin. Ron Lithgow is a government speechwriter whose brain was involuntarily transplanted by aliens into a hulking body made up of something that closely resembles concrete (hence the name).

In his new body, Ron/Concrete decides to use his strength, endurance and new found night and microscopic vision, for a series of adventures he never thought of in his previously normal life. But these aren’t the typical adventures you might think. He’s not out screaming “It’s clobberin’ time!”. Teaming with a writer and a scientist, Concrete decides to explore his new body but also how he now interacts with the world around him. Ron was a bit of an introvert before and his new body pushes further into be an observer to the world around him; it’s the deep observations that ultimately liberate his mind and soul. Throughout a number of short stories, single issues and mini-series, Concrete/Ron learns and begins to appreciate the world around him in a bold new way; eventually, he even becomes an environmentalist. It’s a great use of irony;  being trapped in this newfound body that allows you to maybe connect with something outside yourself truly for the first time. In a weird way, I have felt like Concrete lately, trapped at first but then suddenly turning outward and reconnecting with the world and others. Paul Chadwick’s art is also gorgeous and sublime; some of the best black and white pencils you will see. There are several smaller sized volumes out there, and that format makes it the perfect small package to read and give you comfort right now. 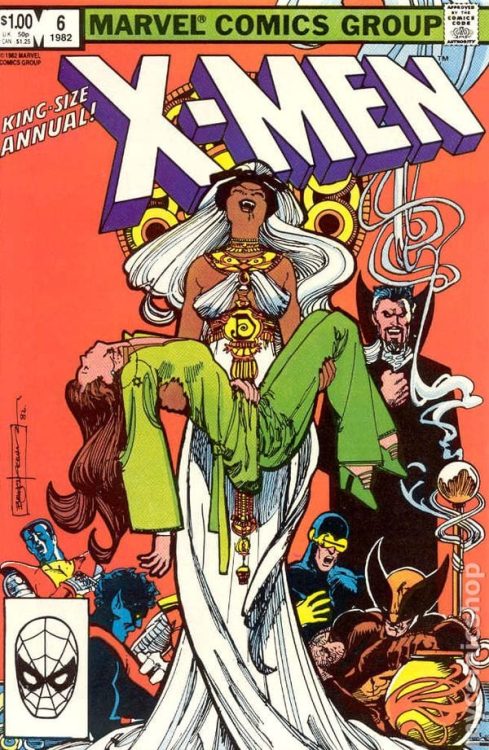 This is one of the comics that’s stuck with me since I was a kid, and perfect for grey, gloomy days stuck inside.
The artwork is gorgeous. I mean, look at that cover. It’s a static portrait shot, and yet it conveys everything about defeat and horror and tragedy without throwing a single punch. All the interior work is on the same level as the cover, something you don’t see much of these days.
As much as it’s an X-Men story, the real lead is Storm, which is significant for portraying a strong female lead in 1982. The story blends two genres effortlessly: horror and superheroes. And, it’s an all-in-one story that doesn’t leave any dangling threads that require additional books to finish.
The writing is not campy or silly. The adults talk like adults; different people with different opinions about how to do things that have chosen to work as a team out of mutual respect and common goals. Nearly every member of the team has something to do with a fairly strong emotional beat. In addition to Storm, Colossus has a moment of self-sacrifice that amps up the determination of the team’s mission, and there’s a death scene with Wolverine that shows he understands how death and killing affect those around him.
Plus, who doesn’t love a good Dracula story? If you’ve grown up watching monster movies (Hammer in particular) the Prince of Darkness is portrayed to perfection here. I highly recommend everyone get a copy of this book. 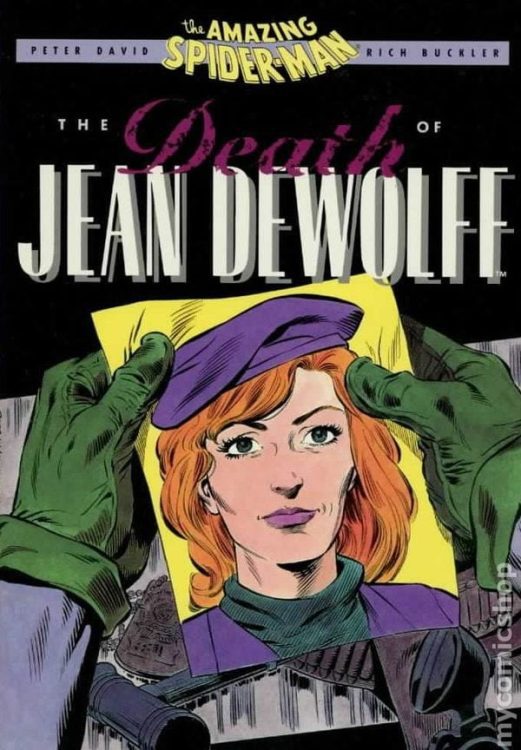 When I was a kid, I wasn’t an avid Spider-Man collector, but I did enjoy reading his books from time to time. Being quarantined within our new normal has given me time to look through some of my favorite comics and an arc that still resonates is The Death of Jean DeWolff from Peter Parker The Spectacular Spider-Man Nos. 107-110. The Sin Eater storyline, written brilliantly by Peter David, details the brutal murder of NYPD Captain Jean DeWolff and how the web-slinger reacts to it (SPOILER: Not well). Making matters far worse, it’s revealed our villain is the cop Spidey’s working with to find DeWolff’s assassin. Daredevil—who as Matt Murdock watched Sin Eater shoot and kill a judge—is also searching for the gunman.

I love this story because it shows Spider-Man, blinded by rage and grief, as a Batman-like vigilante with Daredevil believing Sin Eater’s crimes should put him in prison and not in the ground. Peter Parker’s moral compass has never been in doubt since Uncle Ben’s death, but here, we see him willing to throw it away in a moment of rage. David’s story reminds us of the strength it takes to do the right thing and that sometimes, fighting our friends is harder than fighting the bad guys.

Plus, Charles Bronson makes a cameo, so win-win. 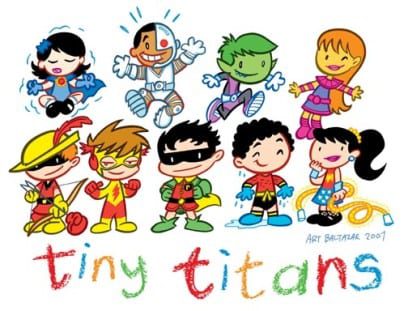 Art Baltazar’s numerous works evoke a sense of just being young and energetic versions of favorite characters. In Tiny Titans, for example, has the titular team not go into superheroics, but stripping them down to their essential personalities. Anyone who has watched the original Teen Titans show knows the best thing about that show is how the characters react and live with one another. Not to mention with the juvenile antics where even villains from the classic DC canon feel like believable villains. Not as bullies mind you but school staff. I’d certainly take Baltazar’s series over anything like Teen Titans Go! 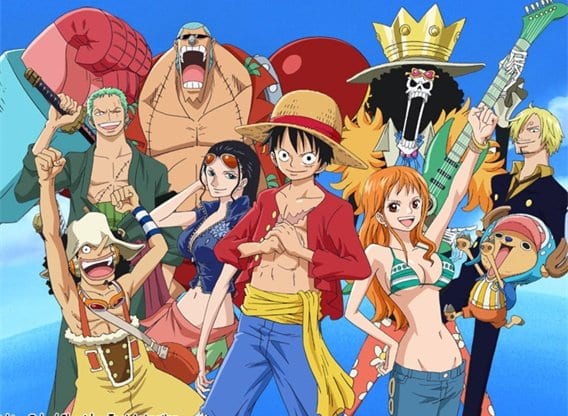 My comfort comic is Eiichiro Oda’s One Piece. I remember when I first read it when it originally released in the monthly Shonen Jump in America. My parents had randomly allowed me to get a volume of the humongous monthly manga collection and after a while, a new series debuted called One Piece. From the get-go, I was instantly hooked. Once they started releasing the individual volumes (Tankōbon) I bought them as fast as possible. Since the beginning, I have reread the series at least four times. The amazing thing is after a while you can just go and read your favorite arc when you need a comfort read.

In these last few weeks, I’ve found myself going back to One Piece’s first few chapters. Although it’s at 975 chapters I find enjoyment and comfort in each one. 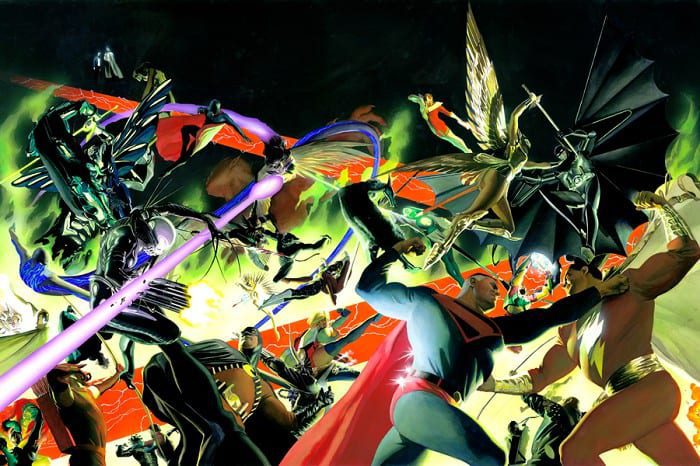 Few, if any, comic stories remind us of the meaning and storytelling power of superheroes better than Kingdom Come. This 1996 miniseries presents its readers with a world broiling in chaos and desperate for hope. The classic Justice League heroes of yesteryear have retired or fled into obscurity, displaced by society in favor of lawless anti-hero metahumans. These replacements’ obsession with power and violent means results in a catastrophic event that threatens mass starvation and forces the likes of Superman, Wonder Woman, Green Lantern, and many more back out of retirement to set the world straight again. The events that follow create one of the most troubling, devastations, and inspiring mainstream comics ever created.

Kingdom Come essentially answers the question that has been posed ever since these classic heroes first made their appearance: “Why don’t superheroes just kill the villains?” Waid and Ross’ narrative answers this question by pushing the DC icons to the absolute breaking points of their morality and then reels them back in by reintroducing humanity into the mix. The comic series’ protagonist being a pastor and forced observer of these complex happenings creates a frame of reference into the story that allows the reader to reexamine why superheroes are such a necessity. The fact that even the likes of the Man of Steel and The Dark Knight can be brought back to their senses and reminded of their purpose in the face of both moral and physical devastation by an everyman type character is one of the most inspiring stories in this or any medium. The comfort in this epic is found by reminding ourselves of the absolutely needed principles of being human – truth, justice, mercy, compassion – and that by maintaining those principles, we can overcome tragedy and inspire ourselves and others to improve our world for both ourselves and the people around us. 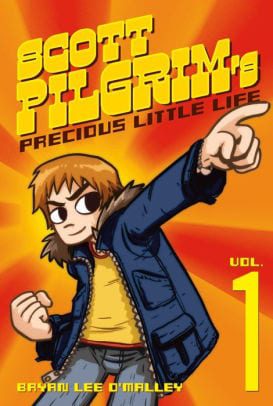 Let’s take a mental trip back to 2005. Cell phones weren’t smart just yet, and our faces weren’t buried in them for-two thirds of the day. MySpace was the social media channel of choice, and the only drama it created was making friends slightly jealous over not being in your top eight. The world wasn’t so divided on every single issue, at least not from my point of view. It was also the year I stumbled upon Scott Pilgrim’s Precious Little Life in my local comic book shop. I was already an avid comic reader but had only really dabbled in the superhero genre (and Sandman, one of the greatest pieces of literature and art of the 20th century). The energy of the cover initially drew me to the book – a bright orange pinwheel backdrop, big and bold yellow title, 8-bit font for the author Bryan Lee O’Malley’s name, and an average-looking twenty-something pointing up at me. It was smaller than the standard comic book but thicker, like a digest or manga. I skimmed through the pages and, though the artwork was in black and white, I could easily picture the colors in my mind’s eye. Like the cover, I could feel the energy seething through the pages. It had a unique blend of 16-bit video game imagery with the over-expressive eyes and action sequences of a manga.

I bought it on a whim, and actually read the thing when I got home. The characters, their relationships with one another, the language they used, and the conversations they had were something I was wholly able to connect with. Much like the titular Pilgrim, I was a twenty-something still trying to figure out the world I was living in. I didn’t know what I was going to do once I graduated college. I was an awkward, emo, hopeless romantic attempting (and miserably failing) to flirt with girls at house parties. As small-time as my woes and worries were, they still felt like they could pummel me into the ground at any given moment. The world was a scary place for me, and seeing this nerdy, awkward slacker literally beat down his enemies (in explosive, superhero fashion) to win the heart of the girl, and grow up a little, gave me a little comfort.