POWER RANGERS #9 hits your local comic book store July 21st, but thanks to BOOM! Studios, Monkeys Fighting Robots has an exclusive five-page preview for you.

About the issue:
The Omega Rangers return to a Safehaven, but all is not well with the new arrivals. After a confrontation in the streets, can Zack help bring peace… or will a friend’s need for revenge against the Hartunians be too much for one Ranger?

POWER RANGERS #9 is by writer Ryan Parrott and artists Francesco Mortarino & Moisés Hidalgo, with colors by Raúl Angulo with assistance by Jose Enrique Fernández, and letters by Ed Dukeshire. The main cover is by Matteo Scalera, with variant covers by Daniele Di Nicuolo, Ruan Gonzales, and Mirka Andolfo.

The series is running in conjunction with the MIGHTY MORPHIN series, also written by Parrott.

“Two New Series. Two New Teams. The Era of UNLIMITED POWER continues HERE—and only Lord Drakkon, their greatest enemy, can save the Power Rangers in July 2021!”

Check out the POWER RANGERS #9 preview below: 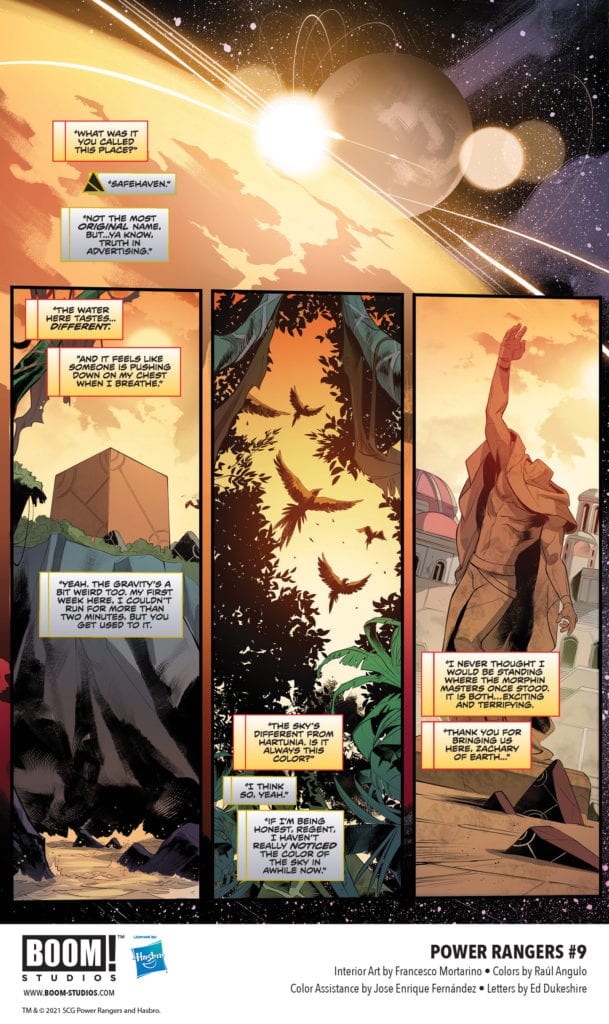 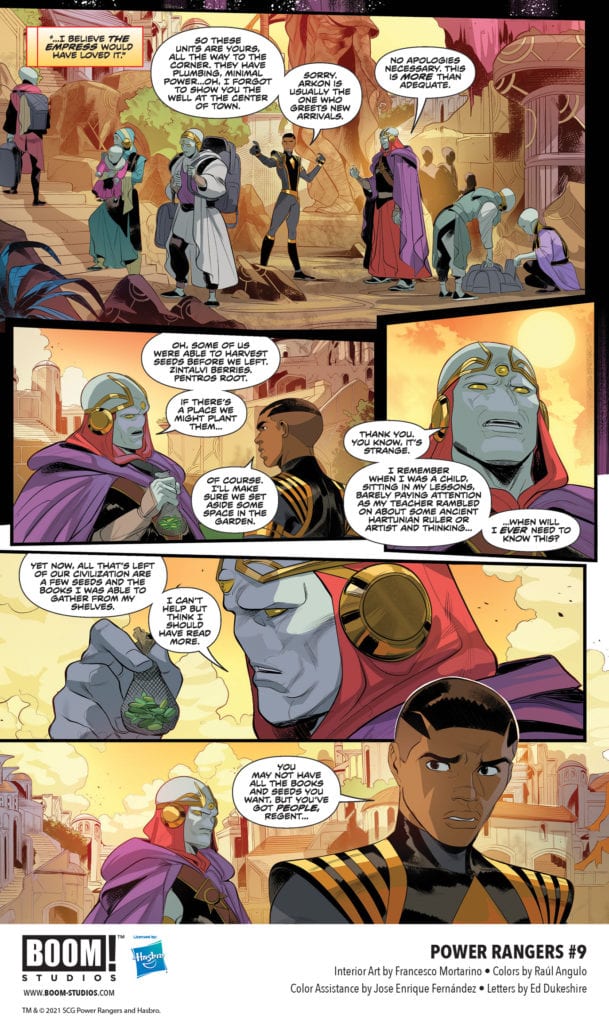 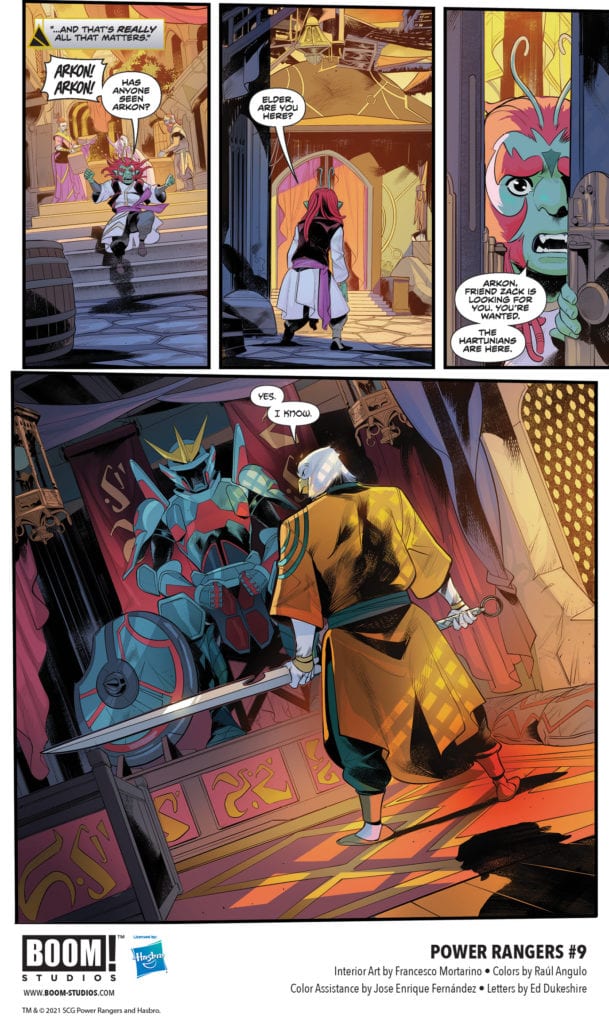 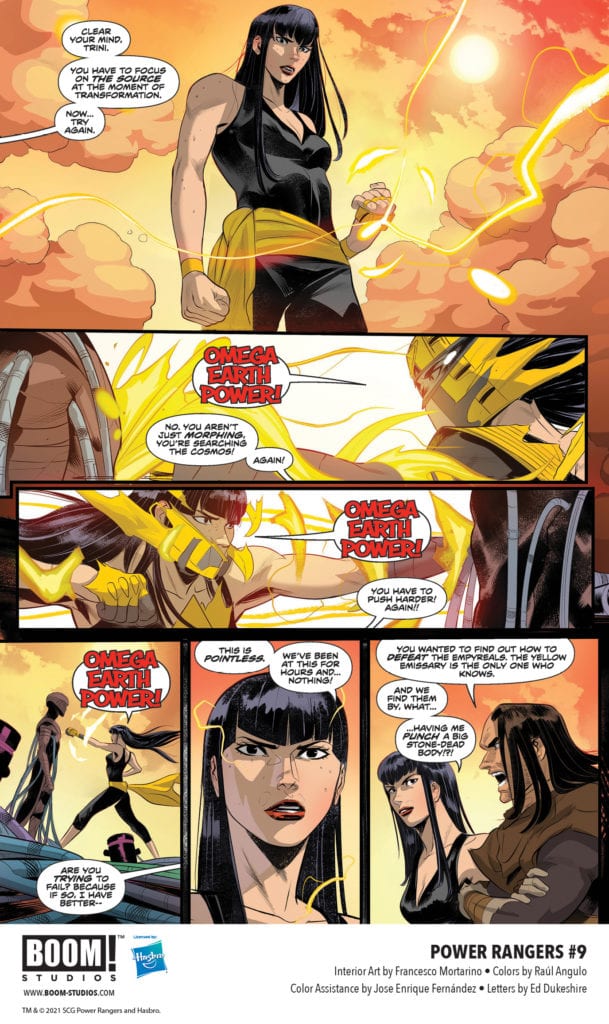 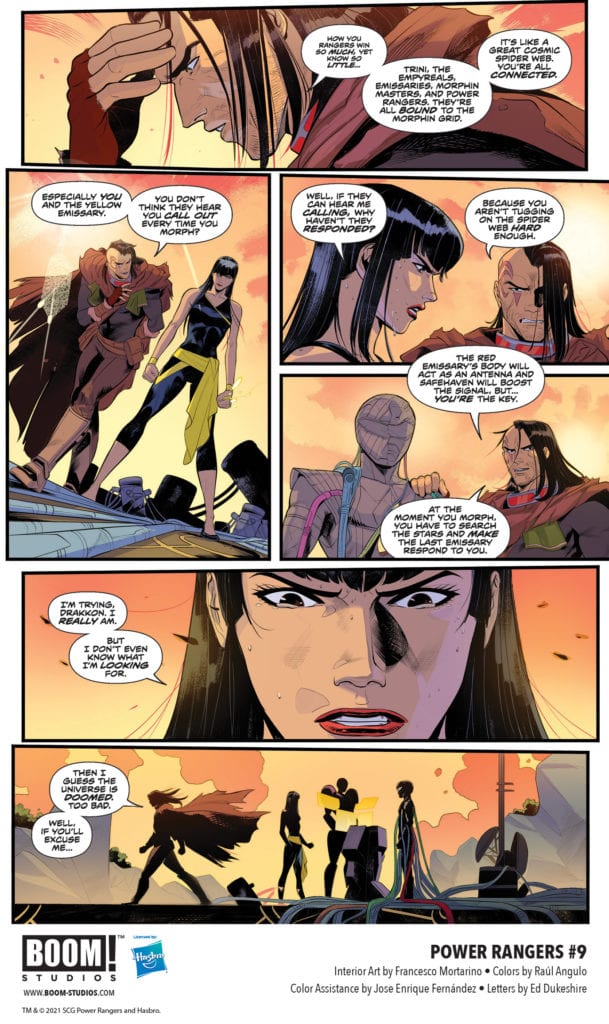 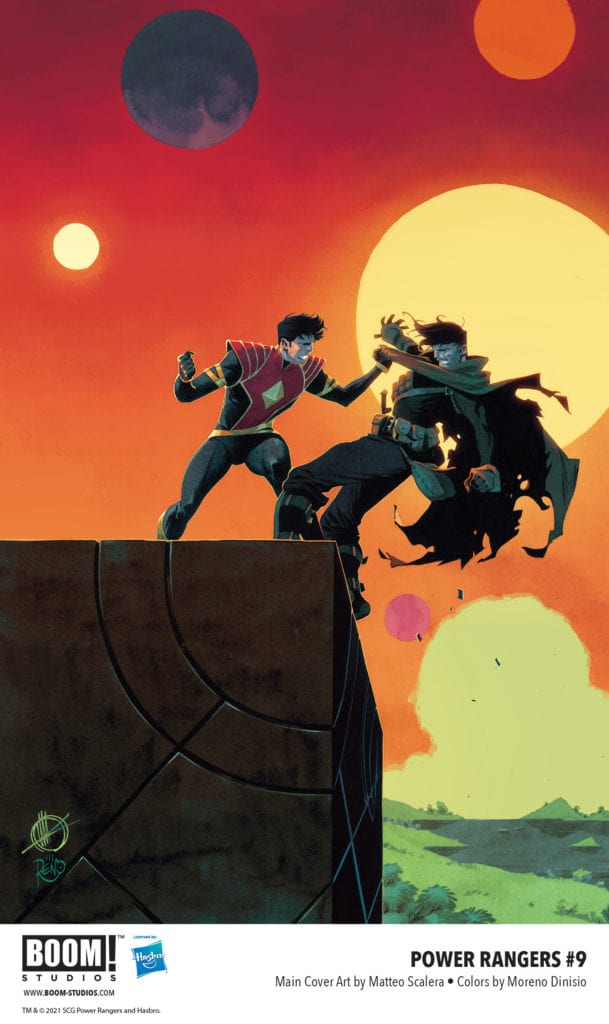 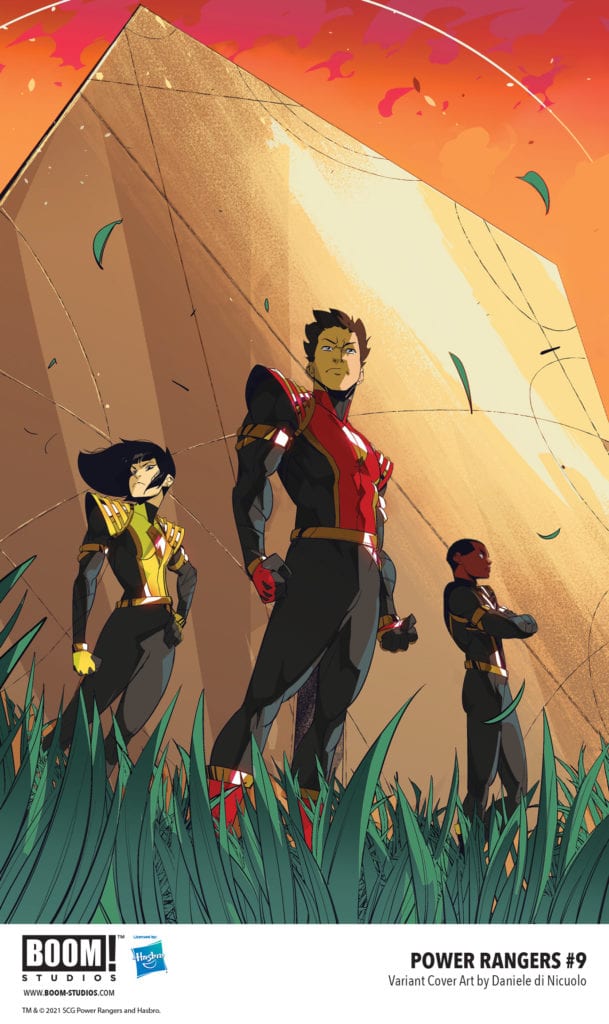 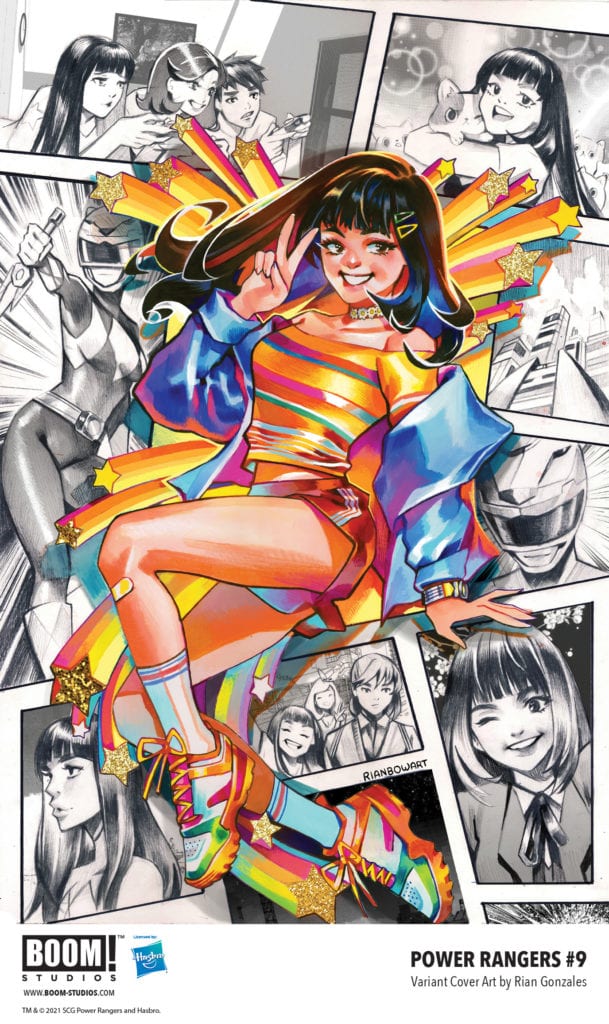 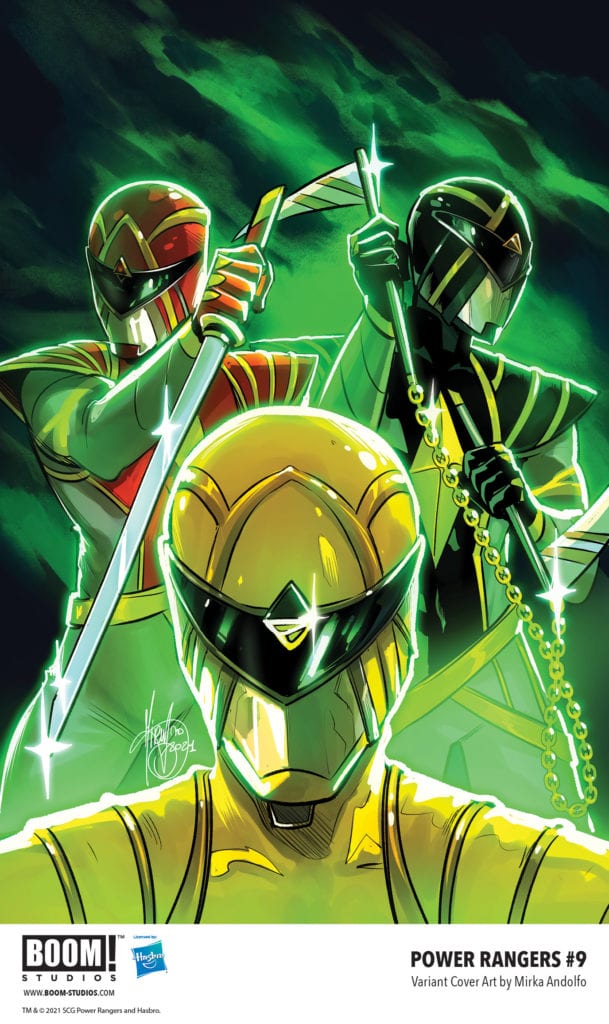 Are you reading POWER RANGERS? Sound off in the comments!