Despite a painful questioning, Bendis does a decent job in his first Batman outing.

With Brian Michael Bendis being one of the former significant writers at Marvel, it was only a matter of time before he got his chance with DC’s most popular characters. Last year, DC began putting out 100-page giant comics exclusively to Walmart. While three of the stories in these giants were legendary tales at DC, some had brand new original stories. One of these stories was for Batman with the creative team of Brian Michael Bendis and The Doom Patrol’s Nick Derrington. While the 100-Page giants may not have worked out in DC’s favor, we will be getting this story as a series. So let’s see what Bendis has in store for the Dark Knight! 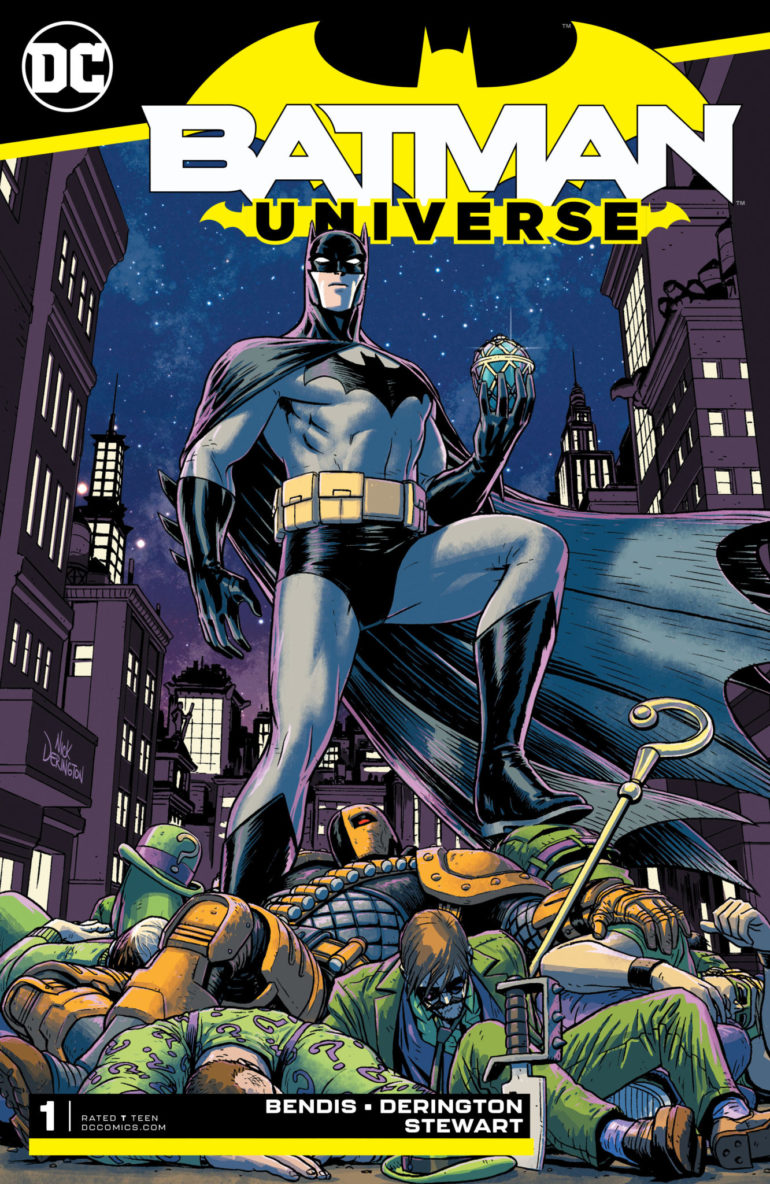 We open the story with Batman getting called away from an important dinner for a break-in at a museum. The Riddler, along with stunt teams disguised as himself, flee the museum while stealing a Faberge Egg. He fights his way through the crowd to find the actual Nygma and tackles him through a window. When Bruce asks why Edward would do such a thing, especially with such a low-grade riddle left behind. Riddler, however, keeps asking “When is the Riddler not the Riddler?” as he looks on terrified.

It becomes apparent Riddler is not the mastermind behind this, but Batman gets knocked out by an unseen enemy before he can learn more. When he wakes up, Riddler has fled Gotham and Bruce begins his investigation to find this mastermind. 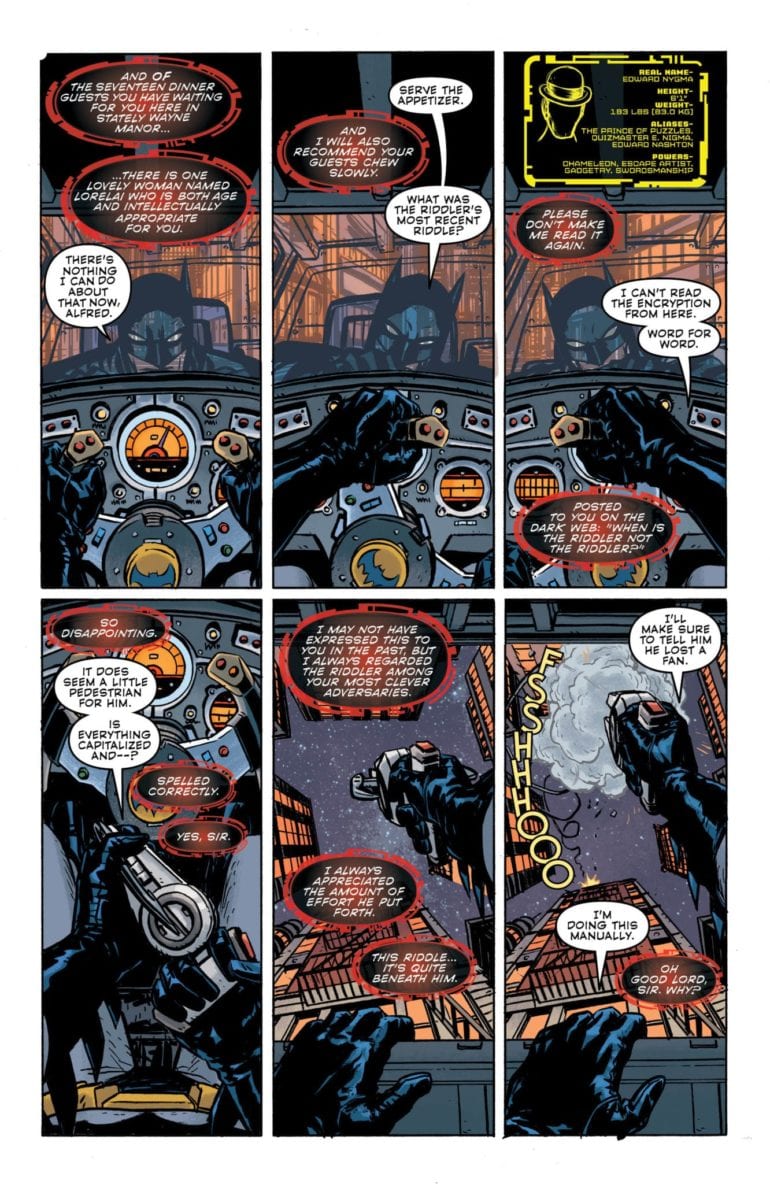 This opening issue gave me vibes similar to the limited series Batman Europa. Bruce going on an international adventure to solve a crime that is above both he and one of his enemies’ heads. The only difference this time around is that Batman doesn’t have the meddling of the villain. This is treated like any of his cases, and I hope it sticks with it. I love big twists and turns in my narrative, but sometimes I want to see Batman kick some butt and do detective work, which he does plenty of in this opener.

The biggest problem I had, however, is the detour Batman makes to the original owner of the Egg. It turns out this issue was supposed to be the reveal of Jinny Hex and her back and forth with Batman is entirely pointless. Sure, we get a detective question asking sequence from Bruce, but Jinny gives him nothing. While I did enjoy most of the tale, this whole scene got on my nerves. 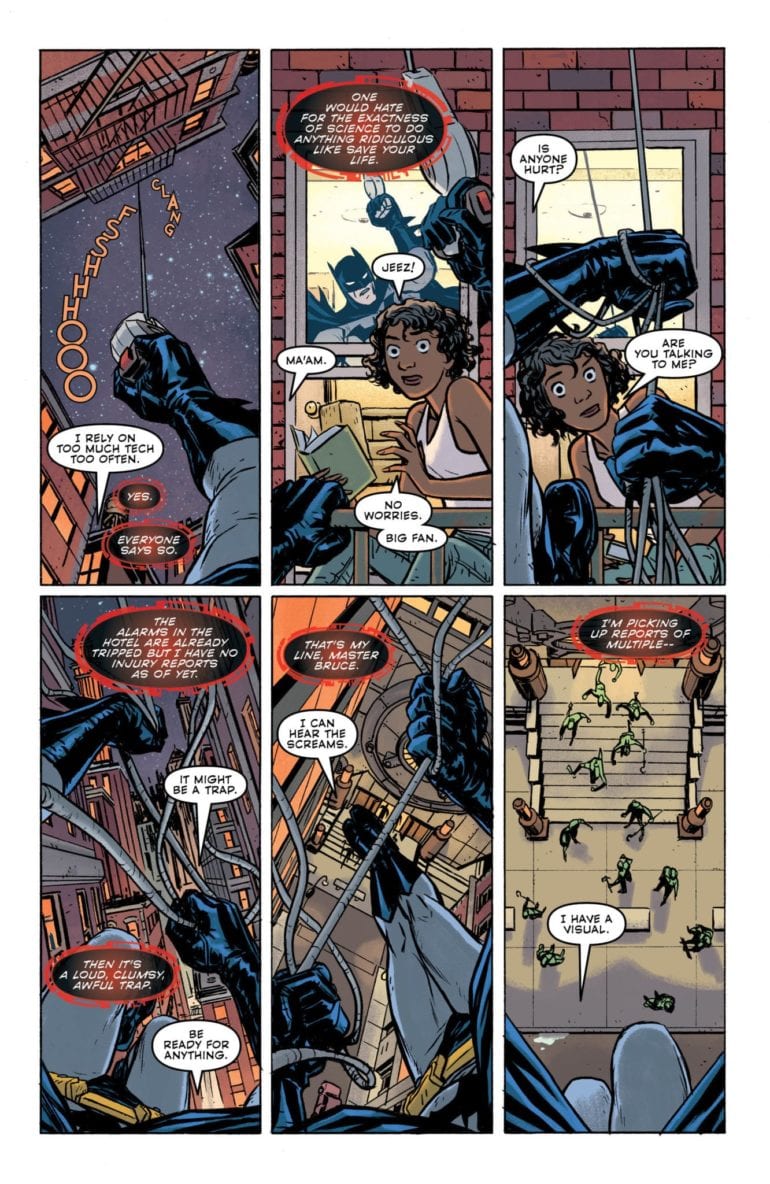 I love Derrington’s art style. It’s what drew me into The Doom Patrol, and it works exceptionally well here. The opening three pages alone are enough to hook a reader. Starting from the interior of the Batmobile, we watch as Bruce makes his approach on the Riddlers and it’s just amazing. While it may not have the more grounded, realistic look that the main Batman series has, this captures the feel of a fun comic book.

The colors of Dave Stewart take this further by using brighter colors for all but Batman. It causes the reader to look to the one difference in the panel, which is indeed the caped crusader. Batman is the center of nearly every page, just as it should. 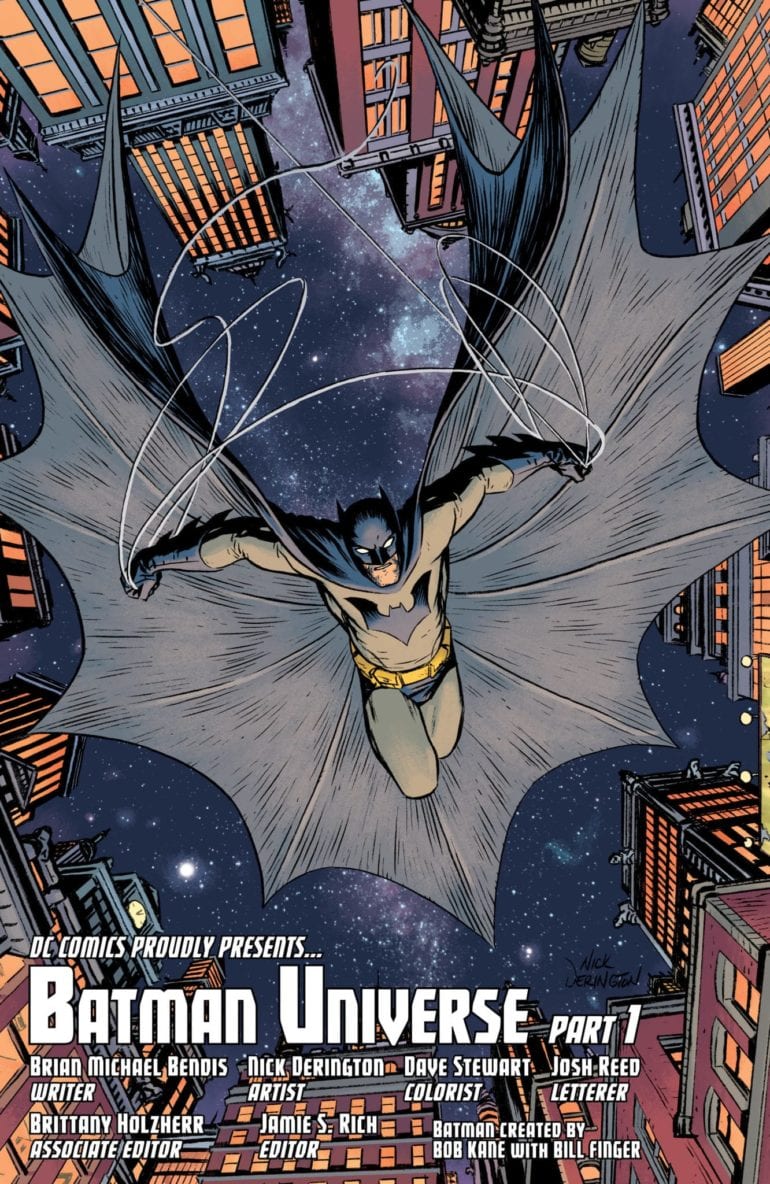 While the Jinny Hex sequence doesn’t do the comic any favors, it’s still a decent first issue. We get plenty of action and detective work from Batman, with the mystery itself being intriguing. Derrington and Stewart work well together to give the story a great look as well. Hopefully, people will be willing to pick up this story now that its no longer connected to the 100-Page giants, because it’s promising to be a great Batman tale.

Bendis' Batman story is off to a decent start, despite a pointless hiccup.Review: Bendis boldly takes on the Dark Knight in BATMAN UNIVERSE #1