Batman works against The Designer

Gotham is changing for the better, but something is standing in the way. The biggest villains of Gotham have prepared a plan to take down Bruce Wayne. The mastermind of this plan, the Designer, has also made it a point to target his co-conspirators. The first step of the master plan is to hire five of the deadliest killers, lead by Deathstroke. While Batman first captures them, Penguin frees them, only to have them turn and try to kill him. Batman lets the killers get away while Penguin exposits what is going on. What’s going to happen to the caped crusader? 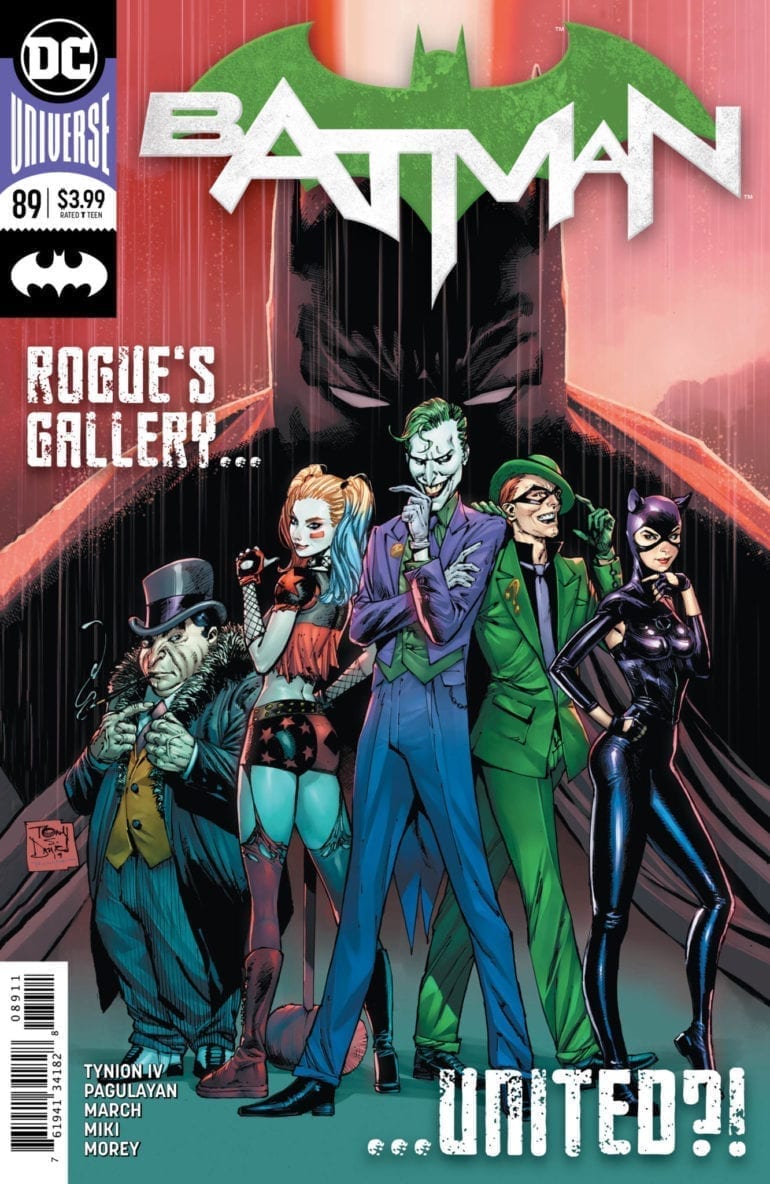 We open with Penguin flopping into the hospital, demanding the staff see his wound. He tells them that they need to be ready for a fight in case the assassins know he lives. Across town, Batman takes on the lesser-known assassins, eventually leading him to Riddler’s abandoned hideout. He activates a recording, and we see the Designer of the master plan kidnapping Riddler.

Meanwhile, Catwoman and Harley fight off Joker’s gang at the graveyard, discussing how the former will tell Batman her involvement. Before they can get too into it, however, Merlyn and Shiva arrive to try and kill Catwoman. All the while, a new right-hand woman of Joker watches on. 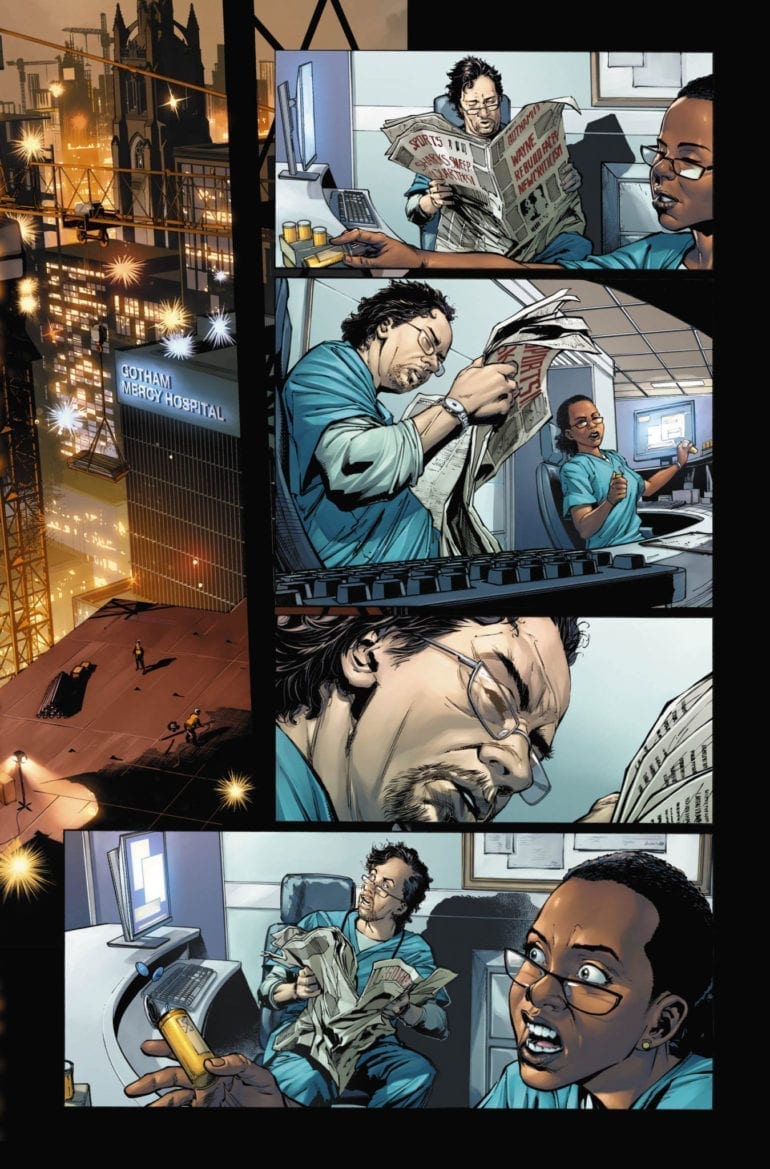 The highlight of the story is the action-heavy sequences with Batman. The past few issues have had us cut away from the action, missing out on the best part of having Deathstroke and the assassins. While we don’t get cool fights with the big names, Batman’s fight with Gunsmith, along with his backstory, has me on the edge of my seat. Along with that, Harley and Catwoman’s fight at the graveyard makes for entertaining viewing.

The problem is that, while fun, it doesn’t really push the story forward. We got the reveal of the Designer, but since the video he’s seen on is muted, we don’t really get a chance to know his character. We’re basically at the same point we were since the end of the first issue. Even the ending can’t get me too excited. We don’t know if it’s part of the current story or setting up for a future arc! I want to get excited about this story. It has so much potential for being one of the best Batman stories. Something needs to be done to fix the pacing or risk failing the series. 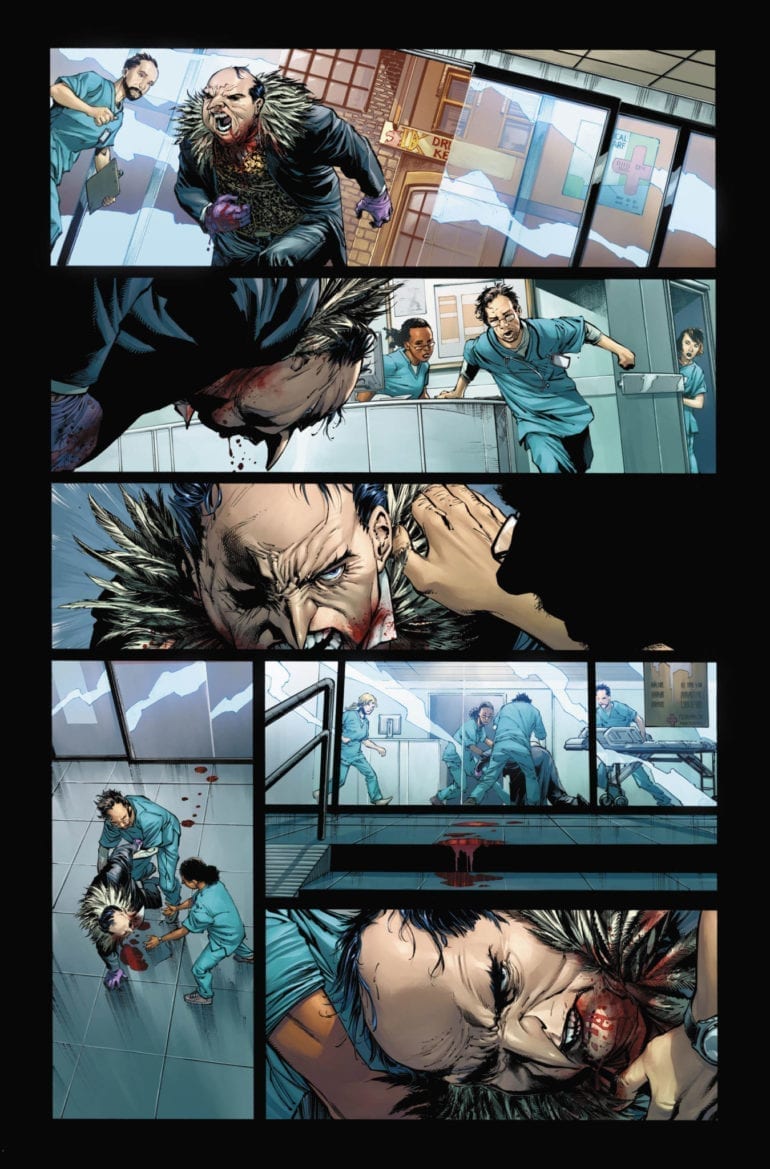 The art continues to do the heavy lifting for the series. Guillem March and Carlo Pagulayan team up for one of the best drawn Batman issues since the start of Rebirth. Every character is well-drawn, and even sillier characters have a menace about them. The Designer is utterly ridiculous, but it has a charm and mystery about it that makes me want to learn more. The colorwork is also well done, giving this chilling vibe as the plot thickens. The art keeps on giving even if the plot doesn’t. 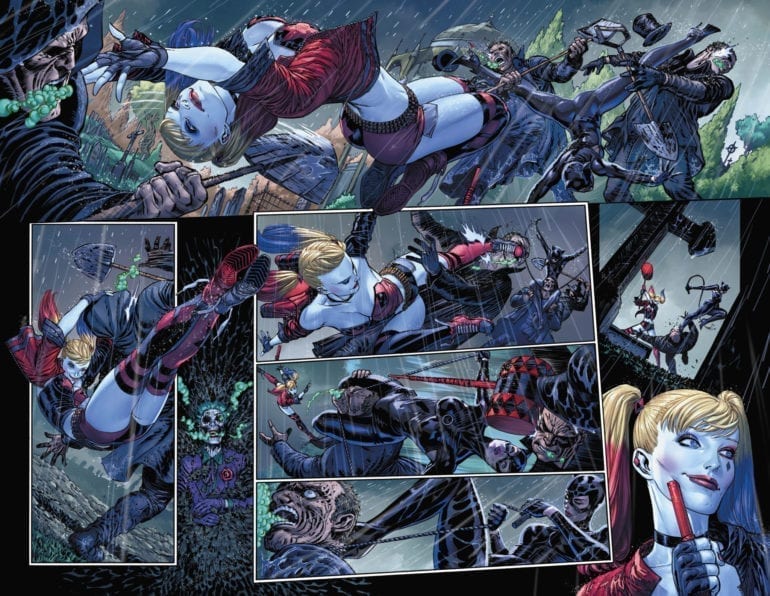 Overall, we keep running into the same problem this new run has been having: pacing. We do get some sweet action sequences and a neat reveal of the Designer. But all that flash doesn’t provide enough substance to get a reader invested. The art team continues to pull the heavy lifting, giving fantastic designs for characters across the board. A comic can only stand on good visuals for so long, and Batman needs to thrive. The story definitely has the potential of being one of the best, but it needs to pick up the pace. Hopefully, Selina talking to Bruce will fix that, but it seems unlikely.

Review: BATMAN #89 Reveals The Designer of his DoomThe current run of Batman may be pretty and action-packed, but the pace leaves much to be desired.